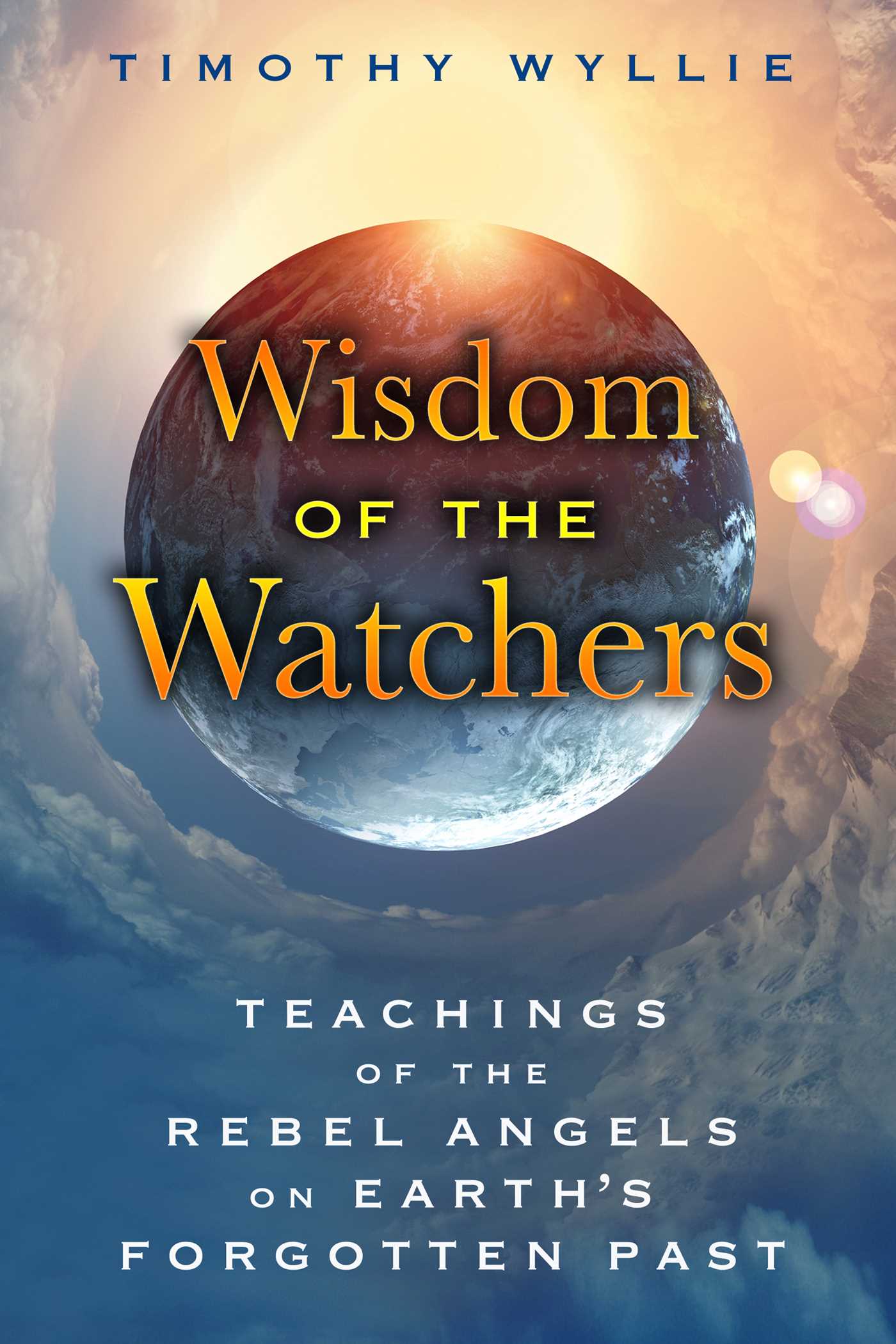 Teachings of the Rebel Angels on Earth’s Forgotten Past

Writing together with Timothy Wyllie, the angel Georgia details the events of Earth’s ancient history from 39,000 BC to 16,500 BC

• Chronicles the destruction of Lemuria, the Pleiadian evacuation of Earth, and the Lemurian diaspora that spread to India, Tibet, China, and South America

• Explains angelic esoteric science, such as the link between spiritual centers on higher planes and ancient monuments on Earth, including the Giza pyramids

• Interwoven throughout with observations about Timothy Wyllie’s current and previous lives, such as his long involvement with the Process Church and his interactions with rebel angel incarnates like Timothy Leary

At the time of the revolt among the angels 203,000 years ago, Georgia was among those angels who aligned themselves with Lucifer and the rebels. She has remained on this world with occasional side trips to Zandana, another planet of quarantined rebel angels, since the time of the revolution, taking on the angelic role of Watcher. Writing together with Timothy Wyllie, Georgia provides her personal account of the period on Earth from 39,000 BC to 16,500 BC.

Georgia shares her experiences being present as the Lemurian civilization in the Pacific reached its pinnacle and seismic upheavals overwhelmed its island home of Mu. She describes the elaborate Pleiadian evacuation operation and the Lemurian diaspora, explaining how their belief system took root in India, Tibet, China, and South America. She reveals how the emerging Atlantean civilization, now also collapsed, preyed on the far flung settlements of the Lemurian empire. She explains angelic knowledge of esoteric science, such as the spiritual influence of Venus and the link between spiritual centers on higher planes and ancient monuments on Earth, including the Giza pyramids. Georgia interweaves her story with observations about Timothy Wyllie’s current and previous lives, such as his long involvement with the Process Church and his interactions with other a rebel angel incarnates like Timothy Leary.

Georgia shares her words, in part, to awaken some of the 100 million rebel angels currently living their human lives, most unaware of their angelic heritage. She reveals how a mortal incarnation for a rebel angel is an opportunity to redeem her past and help prepare the way for the imminent transformation of global consciousness as the rebellion planets, including Earth, are welcomed back into the Multiverse.

Having arrived in New York City that early summer of 1968, it was time for the chapter to get busy. It had become one of Mein Host’s particular gifts to be able to sniff out the right places, or the right people, to further their quest.

It was one of Mary Ann’s convictions that making contact with so-called celebrities would somehow add credibility to the Process church. Those who were open-minded and curious enough to give my ward their time took the opportunity to speak honestly from their hearts. Those they’d met in Hollywood over the previous months in Los Angeles, among whom were the actor James Coburn, Micky Dolenz of The Monkees, and John and Michelle Phillips of the The Mamas & The Papas, all in their own ways were deeply touched by their encounters.

However, the unusual intimacy and honesty of these meetings frequently proved so intense and personally revealing for the celebrity, who, unaccustomed to speaking with such candor, would later reflect on what he or she had revealed over the course of their first meeting and would be too embarrassed to repeat the experience.

Speaking now from a watcher’s point of view I can reveal that each of those encounters had a purpose beyond anything my ward was aware of at the time. It would be indiscreet of me and outside my purview to comment in any detail on the secrets revealed in those encounters, with one exception, Timothy Leary. Because Mein Host has already written about his time spent with Leary in a previous book, I intend to reach beneath his account for the deeper currents running through both these two men’s lives.

It is probably unnecessary at this point for me to reveal that Timothy Francis Leary might be thought of as the archetypal incarnated rebel angel. He would have revealed it himself had he the self-awareness and contextual frame to understand it. Yet, a rebel angel he was. Brilliant, charismatic, authority-averse, continually curious, charming, futuristic in outlook, filled with false pride, and obstinately rebellious, Leary died in 1996 without ever coming to terms with the profound damage he had wreaked on more than one generation since the 1960s. By invariably surrounding himself with supportive people--many of whom were also rebel angel incarnates who could relate intelligently to entheogens--he was able to blind himself to the chaos he created. Although there were many people who were totally unprepared for the psychic onslaught of LSD or mescaline, some of whom were permanently harmed by the experience, the most serious damage of Leary’s legacy has been the misbegotten war on drugs and the effective taboo placed on any scientific research of them.

As a watcher, it isn’t my position to pass judgment on Leary’s intentions. From what I observed he was sincere in his belief that the widespread distribution of entheogens would transform Western civilization for the better. It is also well known that Aldous Huxley and a number of other cognoscenti familiar with entheogens had attempted to prevail on Leary to tone down his propagandizing, with no luck.

For all Leary’s talk of transcendence he appeared to have little real grasp of the deeply sanctified nature of entheogens. Had he perhaps encountered plant entheogens first, rather than merely the product of modern pharmacology, he might have had a more reverential approach.

Yet, through a combination of personal pride, his love of being in the public eye, his image of himself as the Pied Piper of Psychedelics, he stubbornly held on to his policy of massive general distribution, justifying it in democratic terms. He believed Huxley and the like were simply doing what elites have always done--keeping the goodies for themselves.

However, an occulted point generally overlooked by those trying to make sense of this era was the supreme value of entheogens to incarnate angels. In this Leary was correct without ever knowing why. As a rebel angel himself, he made the understandable error of believing other people--normal first-timer mortals--were just like him. He found himself caught in an impossible bind. His naturally rebellious spirit, deeply hurt by the dismissive treatment he’d received at the hands of the elitists at Harvard University, together with his conviction in the miraculous transformational power of entheogens, impelled him further and further into a leadership role in the revolution he was promoting.

As is the case with all incarnate angels, Leary was required to live a fully mortal life. That’s what he had taken on by choosing to enter mortal incarnation. And yet, as is also the case with all incarnate angels, he had a deep subconscious awareness of his angelic spiritual heritage that always gave him the feeling he was special--not exactly different from other people, but definitely superior to them.

Leary’s sense of specialness, of being resolutely resilient and relentlessly winsome under the most intolerable circumstances; his determination to remain undiminished by imprisonment and exile; his courage in standing up to authority at its most unjust; while possibly admirable in principle, merely fed his deluded sense of himself and added to his inner turmoil.

If you are wondering how I speak with authority on Timothy Leary’s psychological state, it’s because Mein Host spent three days in a tepee with the man. This allowed me unusual access to the psychologist’s emotional and mental intelligences in that spring of 1968.

I also have no reason to believe he has any objection to my using him as an example of an incarnate rebel angel of the second wave. In my writing straightforwardly of his inner struggles he would hope others will learn from what he missed during his lifetime.
Timothy Wyllie

Timothy Wyllie (1940-2017) was born in Great Britain and raised in London. Having wended his way through an English public school education and then seven years further study at college, he qualified as an architect. In the late 70s, Timothy began a systematic exploration of out-of-body states. This led to experiments in telepathic communication with dolphins and an open invitation to contact with nonphysical beings that continues to this day. During this time, he was also running his own business in New York City, marketing a system he had co-devised for storing and filing color photographs. He retired from the business community in 1981 and turned full time to his creative endeavors. As a musician, Timothy made several tapes of what he called "Bozon Music"--a True Age improvisational jazz, shamanic music of the heart--as well as a series of guided visualization and meditation tapes. Also an artist, he worked on a virtually endless progression of drawings of sacred landscape. It was what brought him most joy. Timothy traveled frequently to give lectures and seminars or to investigate sites and locations for his drawings. He is the author of Ask Your Angels: A Practical Guide to Working with the Messengers of Heaven to Empower and Enrich Your Life, Dolphins, ETs & Angels, the Rebel Angels series of books featured below, and a co-author of Adventures Among Spiritual Intelligences: Angels, Aliens, Dolphins & Shamans.

“Timothy Wyllie’s Wisdom of the Watchers is an enthralling read. Wyllie is an eloquent author with a discerning wisdom of the world. This book has the benefit of being practical and enlightening like a wonderful intertwined subjective journey. Truly awe inspiring.”

"The big message is - we are not alone. There are more advanced civilizations, there are less advanced, but for incarnate rebel angels there is the chance to experience mortal life and eventually take their rightful place in the Multiverse – and who knows what comes after that. The whole series is thought provoking. . . Recommended for incarnate rebel angels and other seekers."

“In this book Timothy Wyllie and his guide, Georgia, continue the deep revelations of the hidden histories and lost legacy originally detailed in The Urantia Book. Wisdom of the Watchers is the nexus of a history and destiny that is both personal and universal.”

Teachings of the Rebel Angels on Earth’s Forgotten Past