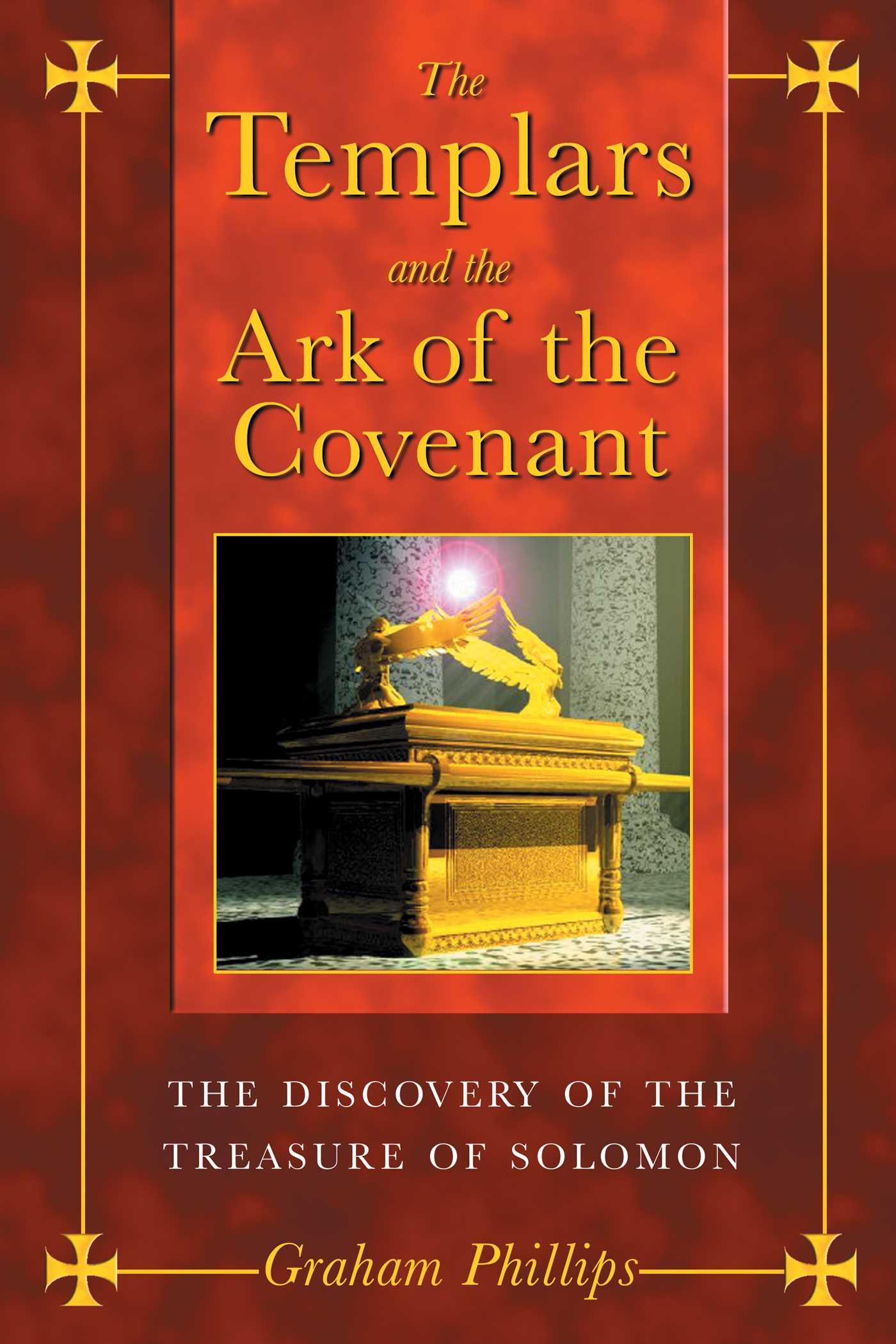 • Presents scientific evidence affirming the powers attributed to the Ark

• Traces the Ark and the Stones of Fire from Jerusalem to Jordan and finally to central England, where the Knights Templar hid them in the 14th century

According to legend the Ark of the Covenant was an ornate golden chest that was both a means of communicating with God and a terrible weapon used against the enemies of the ancient Israelites. In order to use it the high priest had to wear a breastplate containing twelve sacred gemstones called the Stones of Fire. These objects were kept in the Great Temple of Jerusalem until they vanished following the Babylonian invasion in 597 B.C.E.

At the ancient ruins of Petra in southern Jordan, Graham Phillips uncovered evidence that 13th-century Templars found the Ark and the Stones of Fire, and that they brought these treasures back to central England when they fled the persecution of French king Philip the Fair a century later. The author followed ciphered messages left by the Templars in church paintings, inscriptions, and stained glass windows to what may well be three of the Stones of Fire. When examined by Oxford University scientists these stones were found to possess odd physical properties that interfered with electronic equipment and produced a sphere of floating light similar to ball lightning.

The Bible asserts that the Ark had the power to destroy armies and bring down the walls of cities. Now Graham Phillips provides scientific evidence that these claims may be true and offers compelling documentation that the Ark may be located in the English countryside, not far from the birthplace of William Shakespeare at Stratford-upon-Avon.

If Cove-Jones was to be believed--and I, for one, no longer doubted his word--then he had only found three gemstones. I speculated that if these were three of the biblical Stones of Fire, there may be nine more, still where they were hidden by the Templars. Could Jacob Cove-Jones “discovery of immense importance” be lying amid a pile of overgrown rubble somewhere in the area of Napton Hill?

“What if it was only part of the Ark?” said Jodi. “Perhaps whatever the mercy seat was? If the Ark was a geoplasmic device then the mercy seat might have been what made it work.” After some discussion, I agreed that it might be worth asking around to see if anyone knew of any strange lights in the area.

Could this wood really be where the pile of rubble ended up? A tiny stream ran right through the middle of it, and it was so overgrown that it was impossible to tell what was in the undergrowth. Days of torrential rainfall had also turned the area into a swamp, making many parts of the wood completely inaccessible. We were covered from head to foot in mud by the time darkness began to fall.

“We’ll have to give up for the day,” I said, exhaustedly. “It’s getting too dark to see a thing.”

“Maybe darkness is just what we want,” said Jodi.

“Sorry?” I said, having no idea what she was on about.

“We can use the stones.” Jodi suggested that if the stones were responsible for making the light appear over the lake, then they might be able to make the light appear here. And if the light was somehow related to whatever we were looking for, then wherever it appeared was where the artifact was buried.

Having collected the stones from the car, we each held the one we had found and made our way back to the wood. Walking along the muddy path that ran along the edge of it, the only sound on that calm winter’s night was the noise of the little stream babbling away in the blackness within the trees. We had only been there for a few minutes, when it began.

Somewhere at the heart of the copse there was a flare of blue light, as if someone had set off a flashbulb. A few seconds later, it came again, but this time--as I was looking right toward it--I could make out that it seemed to be a circular source of light, visible for just a second. It was difficult to determine how big it was, as there was no way of telling its distance.

“Come on,” shouted Jodi, as she climbed over the fence and began to push her way through the undergrowth among the trees. Geoffrey immediately followed, but I hesitated. I could not help but remember the verse from the book of Numbers: “And the fire of the Lord burnt among them, and consumed them.” All the same, I jumped over the fence and followed.

Somewhere before us in the trees, the light was now flashing regularly, getting faster and faster until it became a shimmering orb. We, however, were getting slower and slower, repeatedly falling into the mud and getting entangled in brambles and thorn bushes. Somehow, we eventually made it to a small clearing and got our first proper view of the light.

The shining blue sphere, about the size of a tennis ball, seemed to be hanging like a bizarre Christmas decoration in the bushes that grew along the edge of the stream. Jodi stopped suddenly, and Geoffrey and I almost piled into her.

Just as I was about to ask the others what we should do next, the orb blazed brilliant white and shot silently into the air, spiraling upwards before disappearing into the darkness.

This astonishing light had me more dumbfounded than the one we had seen at the lake. I had thought that the appearance of the first one was probably coincidence, but a second light--it had to be something more. I shone my flashlight into the palm of my hand and looked at the onyx stone. I wanted to say something, but could not think of any appropriate words. Jodi, however, was shouting for us to follow her to where the light had been.

Geoffrey and I began to tear back the undergrowth as Jodi jumped down to the side of the stream and began to shine her flashlight up and down the banks. She had only been there for a few moments when she called out, “I’ve found something!”

We clambered down to find her pulling away at something sticking out from the bank. After a few tugs it came free from the hardened earth. It appeared to be a flat slab of stone about an inch thick, a foot and a half long, and a foot wide.

“There are symbols or something carved into it,” said Jodi, holding up the stone. By the light of the flashlight, I could see that the one end appeared to be broken, while the other was rounded at the corners. Most of it was covered in silt, but at the top were clearly carved symbols that were filled with dirt. Washing it down in the stream, some of the sediment came away, and we could clearly see that the whole of one side was deliberately carved with what may have been foreign lettering.
Graham Phillips

“Like all Graham Phillips’ works, this book is well-researched, challenging, and a real page-turner. A must-have for readers with inquiring minds who love a quest.”

– Lynn Picknett and Clive Prince, authors of The Templar Revelation: Secret Guardians of the True Iden

“In this extraordinary historical quest Graham Phillips reveals powerful new evidence not only for the existence of the lost Ark, but also its final fate and last resting place. His incredible research blows away existing myths while at the same time painting an entirely new picture of an enigma that has baffled the world for over 3,000 years.”

– Andrew Collins, author of From the Ashes of Angels and Twenty-First Century Grail

"Laced with Biblical quotations, filled with adventures that rival those of Indiana Jones, this book provides 'scientific evidence' that the Ark of the Covenant had the power to destroy armies and bring down the walls of cities, and that these claims may be true. . . . To this one, we can just say, 'Wow.'"

“. . . readers will not have to look further than Templars and the Ark of the Covenant for a briskly narrated series of credible speculations supported by physical evidence for perhaps the greatest discovery of its kind.”

". . . Phillips makes a very credible case, and his long and winding search for the truth makes for a gripping narative. Definitely a cut above many other books relating to the Templar mysteries. Quite fascinating."