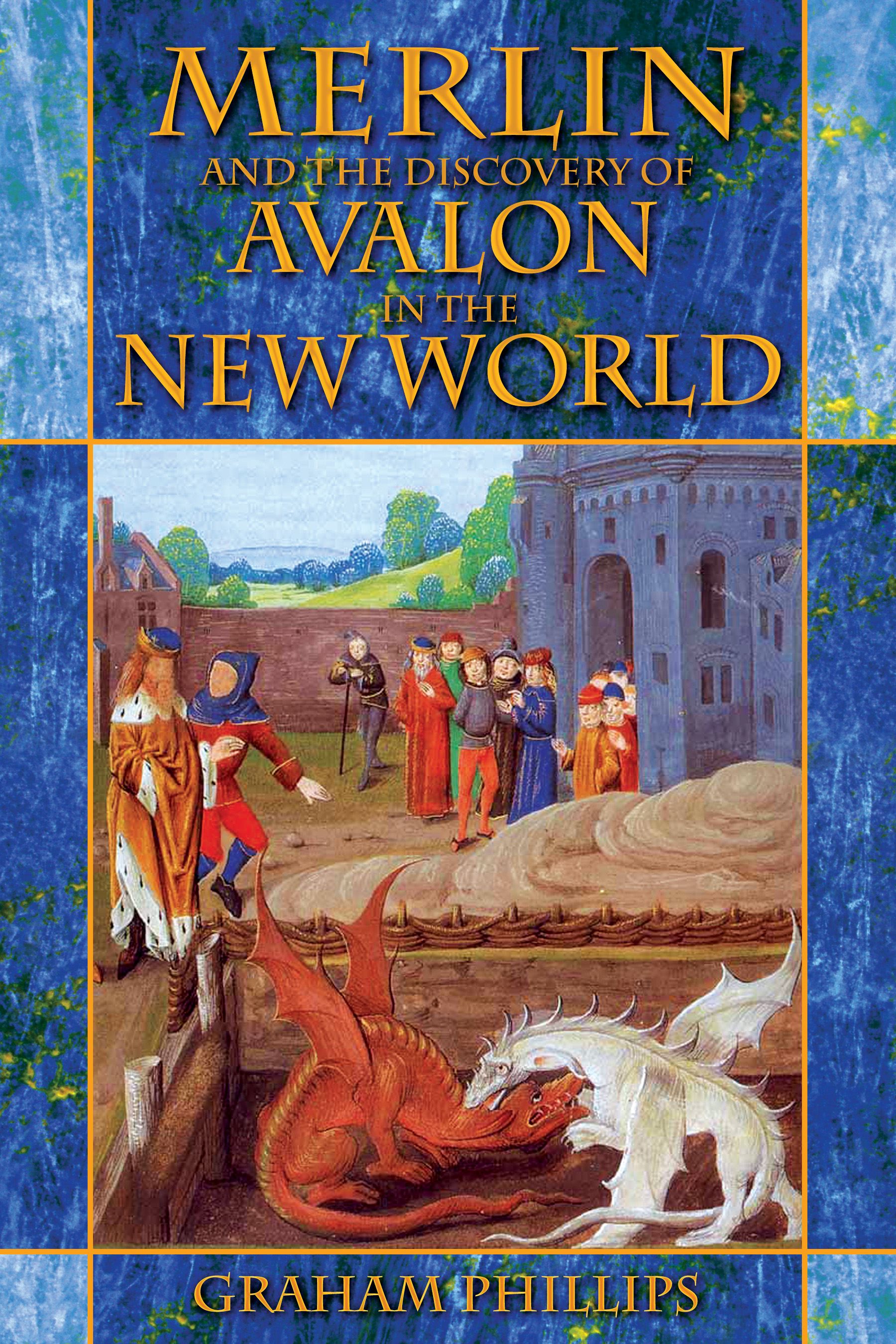 By Graham Phillips
LIST PRICE $20.00
PRICE MAY VARY BY RETAILER

• Reveals that Avalon, Merlin’s final resting place, was an island in the United States

The legendary figure Merlin is known throughout the world as the wizard of Camelot who was counselor to King Arthur and helped that monarch create the Round Table. Through the course of a 20-year investigation Graham Phillips has uncovered evidence that this famous story was based on the life of an actual historical figure: the son of a Roman consul who became the last of the Romans to rule Britain in the fifth century A.D. Furthermore, the evidence reveals that he died and was buried in what is now the United States.

According to legend, Merlin ended his life on the mystical island of Avalon. A 1500-year-old saga tells how Merlin left Britain on a boat bound for a mysterious island to the west. The places described in Merlin’s voyage, Phillips argues, would only have been seen by someone who had journeyed to the New World. For example, the island where boiling fountains bubble from the ground could be the geysers of Iceland, and the island with rivers of ice, the glaciers of Greenland.

During his research Phillips discovered that a site believed to be Merlin’s grave was found by the first British settlers in North America: a secret location said to have been preserved in the works of William Shakespeare and the coded writings of the Freemasons. Phillips follows a trail of historical clues that leads ultimately to a mysterious New England tomb. Here a final encrypted message not only reveals the whereabouts of Merlin’s grave but contains evidence that Merlin’s descendants still survive and, through a merger with the Spencer family of Princess Diana, may once again ascend the British throne.

"You have said very little about Merlin in any of your books," said Glynn.

"I couldn't find anything to show that he was a historical figure," I replied.

I had found evidence that proved that King Arthur had existed, however, and while I was satisfied that Arthur had been a historical figure during these post-Roman Dark Ages, I had found no similar evidence for the existence of Merlin. In the Arthurian Romances, Merlin is a mysterious figure who had once been a warrior himself, but eventually became a magician with prophetic abilities and King Arthur's advisor. In fact, Merlin is portrayed as the real influence behind the throne.

"The name Merlin came from the Welsh name Myrddin. You know that the appellation of Myrddin appears to have been a title meaning the Eagle, or something along those lines," Glynn said.

I nodded; I had indeed known that.

"There is some historical evidence that this Merlin I'm referring to, whose actual name was Lailoken, existed in Wales," Glenn continued.

"I know all about Lailoken: a historical Myrddin who was attributed with the gift of prophesy," I informed Glynn. "But he lived three quarters of a century after Arthur is said to have lived."

Glynn smiled. "Right," he agreed. "But there seems to have been another important figure accredited with prophetic powers who lived a century before Lailoken, in the late four-hundreds, who also bore the name of Merlin. There survives a Dark Age reference to a Myrddin who was alive at the very time of Arthur."

I listened with growing interest to Glynn's argument that there had been two separate Merlins before there was a brief lull in the conversation while I pondered his words.

"Would you show me the sword?" Glynn continued, changing the subject. He had asked me to bring along a replica of Arthur's sword Excalibur that had been made for me a few years earlier. Its shining steel blade was decorated with Celtic scrolling of the period and the gold hilt was created from two gold serpents coiled around one another; their bodies forming the hand-grip and their heads, with teeth exposed, forming the cross-guard.

I handed the Excalibur replica to Glynn who examined it closely for a few moments before speaking. "What I wanted to ask you was if you had discovered anything linking Merlin with Shakespeare?" he said.

"Shakespeare! But he was born in the sixteenth century. . ."

I had researched the life of William Shakespeare some years earlier for a book in which I examined his private life, but knew of nothing he had written about Merlin.

It was then that Glynn hit me with his bombshell. "I believe Shakespeare was killed because of what he knew about Merlin and these two serpents on Excalibur's hilt. Serpents exactly like these," he said, tapping the hilt. I didn't quite know how to handle that one. As far as I knew, Glynn was a sensible and respected historian, but this sounded not only off the point but decidedly odd. "You do think that Shakespeare was murdered?" he said, when I looked at him bemused. In my book The Shakespeare Conspiracy I had suggested that Shakespeare was killed because of what he knew about an anti-government conspiracy.

"There were mysterious circumstances surrounding Shakespeare's death which might imply that someone murdered him, but I can't see how that could have anything to do with Merlin," I replied.

"I think you were right about Shakespeare's death," Glynn continued. "You said you thought Shakespeare knew about plots against the English government, but the whole thing was bigger; much bigger than you ever considered." Glynn's easy-going and cheerful expression had dropped from his face and he looked positively concerned. "There are still people today who would kill to find out what Shakespeare knew."

He looked down to the map of Britain on the table and stabbed his finger in the area of Stratford-upon-Avon in central England where Shakespeare had lived. "I thought someone like you might have arrived at the same conclusions, independently," he said.

"A person who's researched both the Arthurian legend and the life of Shakespeare."

"Sorry," I said. "I don't know what you mean. Not unless you explain."

But it seemed that Glynn had decided he'd said enough. Deciding not to pursue the topic further, Glynn changed the subject back to the literary evidence for a historical Merlin and returned to his usual self.

When we parted company that afternoon, I had not changed my opinion of Glynn as a knowledgeable historian who had some interesting ideas about Merlin, but I had decided that he was somewhat eccentric and even paranoid about his theories. And although I didn't give his notions about Shakespeare and Excalibur a second thought at the time, I was impressed by his theory that there had been a historical Merlin during the Arthurian period.

He had mentioned that there was other evidence for this Arthurian Merlin and I decided to research this further. I could never have predicted where the investigation would lead me and how dangerous it would eventually turn out to be.
Graham Phillips

– Lynn Picknett and Clive Prince, authors of The Templar Revelation: Secret Guardians of the True Iden

"One of the most complete looks at Merlin, this book will charm you with its fast-paced writing style and abundance of factual data!. . . This is a fine book, one to savor and read again."

"You do not want to miss out on this book!"

By Graham Phillips
LIST PRICE $20.00
PRICE MAY VARY BY RETAILER