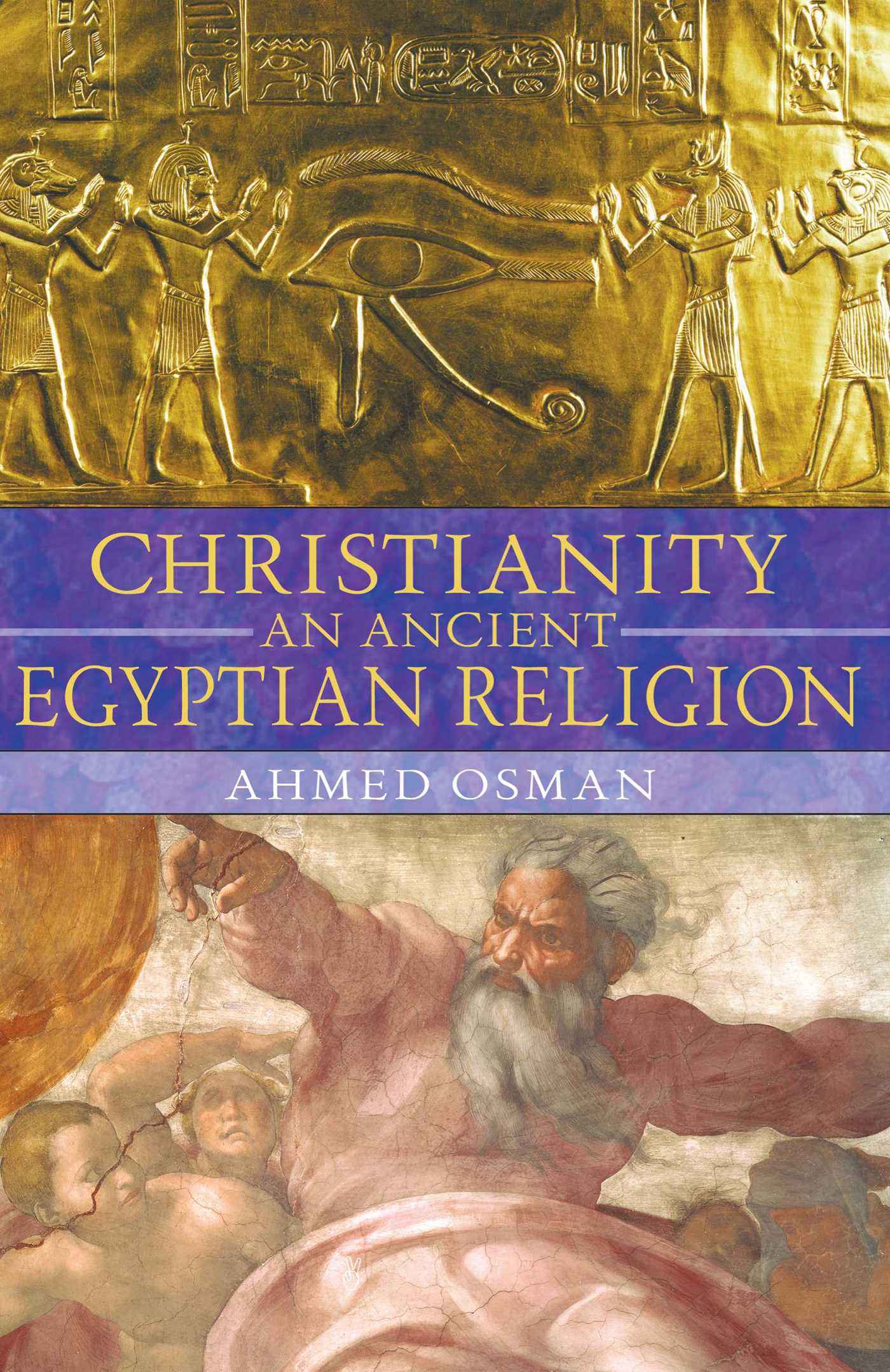 • Builds on the arguments of the author's previous books The Hebrew Pharaohs of Egypt, Moses and Akhenaten, and Jesus in the House of the Pharaohs

In Christianity: An Ancient Egyptian Religion author Ahmed Osman contends that the roots of Christian belief spring not from Judaea but from Egypt. He compares the chronology of the Old Testament and its factual content with ancient Egyptian records to show that the major characters of the Hebrew scriptures--including Solomon, David, Moses, and Joshua--are based on Egyptian historical figures. He further suggests that not only were these personalities and the stories associated with them cultivated on the banks of the Nile, but the major tenets of Christian belief--the One God, the Trinity, the hierarchy of heaven, life after death, and the virgin birth--are all Egyptian in origin. He likewise provides a convincing argument that Jesus himself came out of Egypt.

With the help of modern archaeological findings, Osman shows that Christianity survived as an Egyptian mystery cult until the fourth century A.D., when the Romans embarked on a mission of suppression and persecution. In A.D. 391 the Roman-appointed Bishop Theophilus led a mob into the Serapeum quarter of Alexandria and burned the Alexandrian library, destroying all records of the true Egyptian roots of Christianity. The Romans' version of Christianity, manufactured to maintain political power, claimed that Christianity originated in Judaea. In Christianity: An Ancient Egyptian Religion Osman restores Egypt to its rightful place in the history of Christianity.

The two paths we have followed until now have both brought us to the same point in history, the 14th century B.C. This was the time of Moses receiving the Lord’s commandments and appointing Joshua to be his successor, and Akhenaten leading the Amarna religious revolution and appointing Tutankhamun to succeed him on the throne of Egypt.

As we saw earlier, no evidence exists to support the view that the four Christian gospels give an historical account of the life, suffering, and death of a physical Jesus. According to the Gospels, nobody saw Jesus, they only saw Christ, which means his spiritual not physical element. In contrast, we have examined a great deal of evidence indicating that he lived many centuries earlier. Who was he?

In order to identify him we need to seek someone of whom it is said that, like Jesus (Joshua), he succeeded Akhenaten (Moses) as leader of the Israelites; was present with him in the wilderness; had a mother who was “the descendant of princes and rulers”; was himself a descendant of the House of David (Tuthmosis III), a son of Pandira (the god Ra), from whose line the Bible assures us repeatedly the promised Messiah would come; was an anointed king; spent his early manhood in Egypt; died young; and was hanged because he was accused, rightly or wrongly, of having “led astray and deceived Israel.”

Of all the prominent figures who graced the 14th century B.C., of only one can it be said that all of the above criteria are to be found in his life--the charismatic Tutankhamun, murdered in Sinai when he made his way there on an ecumenical mission to preach peace and tolerance of the fact that not all men share the same perception of God.

It is, I believe, an unconscious recognition of the truth about his identity that impels millions to visit his tomb in the Valley of the Kings each year in what might be described as a form of pilgrimage, and more millions to queue for hours to view, whenever they are on international display, the treasures recovered from the tomb by Howard Carter and his workers after he discovered it in 1922.

There is little to be seen in the tomb itself. After walking down a short tunnel, whose wall-paintings have suffered some damage from the moist breath of the endless millions of tourists, one is simply left facing a wall behind which lies an enclosed coffin containing the skeleton of the young king. In the course of this short walk one comes to a wall-painting whose profound significance had escaped me until November 1997 when I was invited by General Mohamed Yusef, the then governor of Luxor, to speak in the city hail as part of the 75th anniversary celebrations of the tomb’s discovery. Afterward I was privileged to have a private visit to the tomb. As I stood alone, gazing at the painting of the burial chamber on the north wall of the tunnel, I realized for the first time that I was looking at the strongest pictorial evidence linking Tutankhamun and Jesus.

The painting, unique in all my experience (no similar representation has ever been found in Egypt), is divided into three separate scenes. To appreciate their profound significance it is necessary to understand the conventions of royal pictorial art in ancient Egypt. The ruling Pharaoh was depicted during his life as Horus, who was looked upon as the embodiment of the divine and protector of the reigning king. After death he was shown as a mummified, risen Osiris, god of the underworld and the father of Horus. Statues and paintings also depicted the ka--the spirit--of a king, which came into existence at the moment of birth and survived his death.

The first of the scenes in the painting shows Aye (Ephraim, who was the second son of Joseph the Patriarch as well as the great-uncle of Tutankhamun). He also served as the young king’s vizier and succeeded him on the throne. Aye is wearing a crown, with his cartouche above him, indicating that he had already assumed the role of a ruling Pharaoh. Nevertheless, at the same time as being depicted as a king, Aye is shown as officiating as a priest, dressed in a priestly robe of leopard skin and performing the ritual of “the opening of the mouth” for resuscitation of the dead Tutankhamun, who faces him as a risen Osiris.

The middle scene (Plate 18) shows Tutankhamun entering the realm of the gods and being welcomed there by Nut, the goddess of heaven. It was the ultimate scene on the left of the north wall, however, that aroused my wonder. Here I saw three different representations of Tutankhamun, linked as one person. On the left of the scene (Plate 19) stood Tutankhamun as the risen Osiris and a second Tutankhamun, facing him as the ruling king, Horus. Behind him is a third Tutankhamun depicted as his ka. The most remarkable feature of this scene is the fact that the risen Osiris, although shown in the conventional mummified form, with his hands folded across his chest, is reaching out to touch Horus, as is his ka.

Thus we have Tutankhamun as father, son, and spirit--the same relationship that we find in the Christian Trinity of three persons in one God--Father, Son, and Holy Spirit--finally established as orthodox belief after much acrimonious debate during the first four centuries of the Christian era. The fact that Aye, a ruling Pharaoh, was officiating as a priest also indicates that we are in the presence of a theology that was beyond the powers and understanding of priests of the state god Amun-Ra.
Ahmed Osman