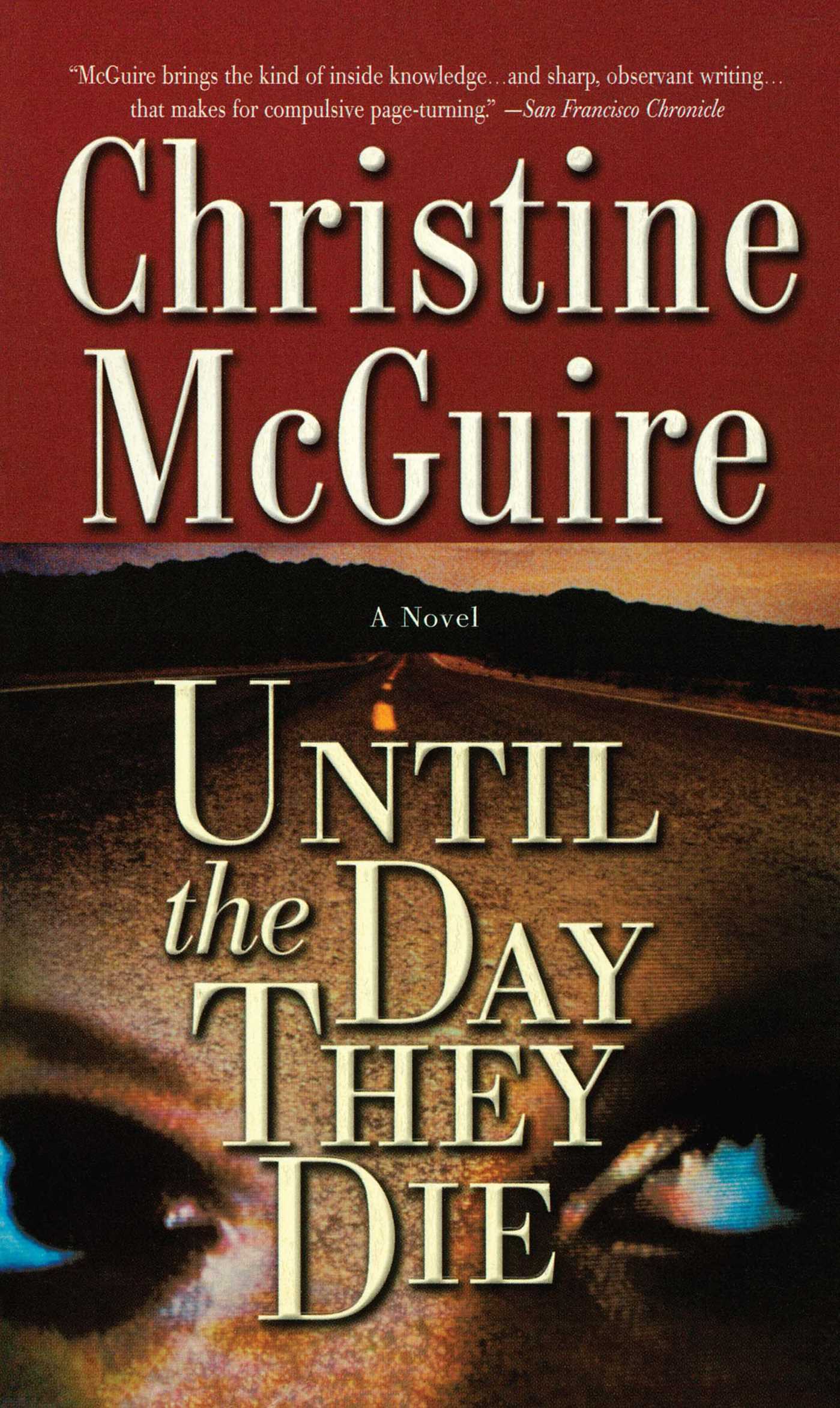 Until the Day They Die

District Attorney Kathryn Mackay races against time to break up a kidnapping ring in this gripping new thriller by real-life prosecutor and New York Times bestselling author Christine McGuire.
Until the Day They Die
When an infant gets snatched from her wealthy Santa Rita County home, Kathryn Mackay and her former lover, Detective David Granz, are called in to investigate. Supplied with few leads and almost no help from the family, Kathryn takes to the airwaves, broadcasting the story nationwide on Larry King Live. But when babies start disappearing from birthing centers and bedrooms all over the county, she soon realizes things are much more complex than they seem. As Kathryn and Dave work to uncover the conspiracy behind the crimes, a shocking call from halfway across the country reveals a plot more widespread than they ever imagined.
Filled with all the excitement and suspense of McGuire's previous page-turners, Until The Day They Die will keep you guessing until the very last page.

Christine McGuire prosecutes murder cases in a California district attorney's office. She has taught at the academy of the Federal Bureau of Investigation in Quantico, Virginia. Her first book, Perfect Victim, a nonfiction account of a sexual enslavement case, was a #1 New York Times bestseller. She is also the author of the acclaimed Kathryn Mackay series.

Until the Day They Die