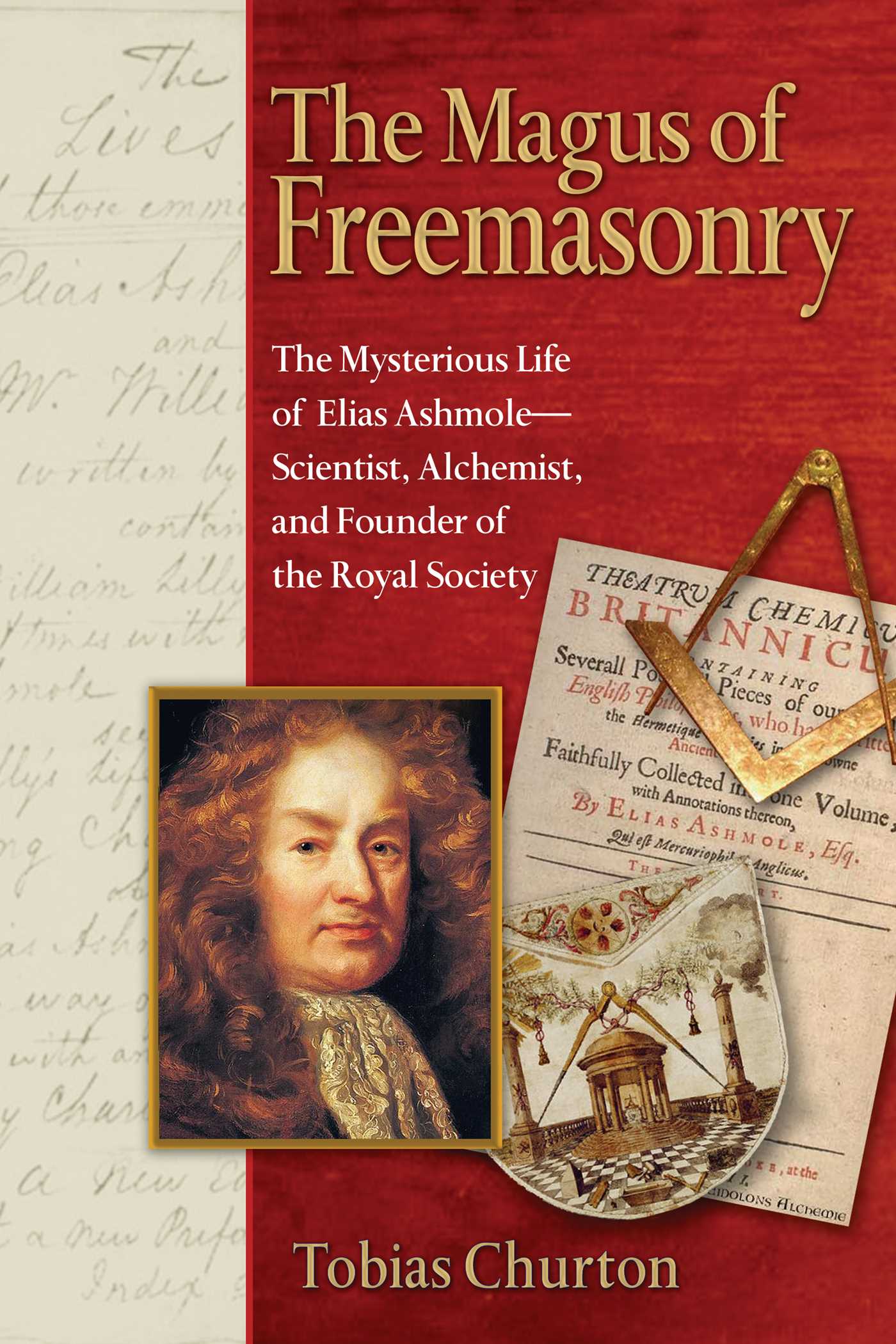 A comprehensive look at the life of Elias Ashmole, who represents the historic missing link between operative and symbolic Freemasonry

• Explains the full meaning of the term magus, which Ashmole exemplified

Elias Ashmole (1617-1692) was the first to record a personal account of initiation into Accepted Freemasonry. His writings help solve the debate between operative and “speculative” origins of Accepted Freemasonry, demonstrating that symbolic Freemasonry existed within the Masonic trade bodies. Ashmole was one of the leading intellectual luminaries of his time: a founding member of the Royal Society, a fellowship and later academy of natural philosophers and scientists; alchemist; astrological advisor to the king; and the creator of the world’s first public museum. While Isaac Newton regarded him as an inspiration, Ashmole has been ignored by many conventional historians.

Tobias Churton’s compelling portrait of Ashmole offers a perfect illustration of the true Renaissance figure--the magus. As opposed to the alienated position of his post-Cartesian successors, the magus occupied a place at the heart of Renaissance spiritual, intellectual, and scientific life. Churton shows Ashmole to be part of the ferment of the birth of modern science, a missing link between operative and symbolic Freemasonry, and a vital transmitter of esoteric thought when the laws of science were first taking hold. He was a man who moved with facility between the powers of earth and the active symbols of heaven.

Ex Uno Omnia
Lichfield has been considered by some to be the true spiritual center of England. And, as freemasons should know, “at the centre of the circle, a master mason cannot err.” Right at the center of that circle was Elias Ashmole, the privileged blend that is Renaissance Man, the British Hermetic philosopher par excellence, the self-styled Mercuriophilus Anglicus, and “Mighty Good Man.” And if Elias, the “expected one,” the harbinger of new arts and revealed knowledge, was indeed at the center, then Elias Ashmole was everything and everywhere. For 20th century English mage Edward Alexander Crowley, Ashmole was a saint of the Gnostic Church.

Ashmole was a magus. He inhabited a world where science and magick were still handmaidens to religion and philosophy. He was one of the last men of learning to enjoy that world before the family broke up. All too soon, science would leave home to plough her own furrow independently and, at times, in contempt of her troubled parents. Nevertheless, Ashmole was a founding member of the Royal Society--a harbinger of that fateful parting--and was himself unconcerned with theological disputes. The philosophy he espoused stood above them; and so did he. . . .

Elias Ashmole began calling himself the Mercuriophilus Anglicus (the English Mercury Lover) during the 1650s, after the illegal execution of King Charles I and the beginning of Oliver Cromwell’s decade of power. Mercurius was the Latin form of the Greek Hermes. As the divine Mercurius, Hermes, the pater philosophorum (father of philosophy), was crowned as the lord of the ancient art of alchemy.

Alchemy was the subject of Ashmole’s first three books. Mercurius is also a staple element of alchemical processes. In simple words, there could be no alchemical transformations without the implicit principle of transformation, mercurius. Hermes was the psychic lord (psychopomp) of the Art.

Ashmole saw himself as “human mercury,” an agent for transformation, moving swiftly twixt earth and heaven, almost invisible: a presence. In the frontispiece to his translation of Fasciculus Chemicus (1650), he hides his face behind his astrological birth chart. The essential Elias was a kind of incarnation of the Hermetic principle; the real man could be found in the stars, albeit with his feet on the ground.

Men such as Ashmole are few in number, and vitally necessary. Like the Englishman of George Santayana’s observation, “It will be a black day for the human race when scientific blackguards, churls, and fanatics manage to supplant him.” Men of Ashmole’s cast stimulate the conditions that enable the genius of an Einstein, Newton, or Mozart to flourish.

He was a master’s master, most recognized by the few, not subject to that democratic assessment whose choices lie invariably between mediocre and superficial options. Democracy has always been a means chosen by the sick to control the healthy.

If these gifts of Ashmole’s were obvious to discerning scholars in his antiquarian works, they were no less intrinsic to Ashmole’s continuous engagement with drawing up astrological “figures” or “schemes” (as he called them) for himself and others. What appeared first as advice to ladies seeking husbands would eventually serve the deliberations of the monarch and his senior ministers.

Ashmole’s “figures” showed the positions of the sun and the moon as well as the seven known planets within the familiar twelve signs of the zodiac. The zodiac was divided into twelve “houses,” six above and six below the horizon; six east and six west of the meridian. The “cusp” or beginning of the first house (the “ascendant”) always coincides with the eastern point of the horizon; the seventh house cusp, with its western point. The cusps of the tenth house (“mid heaven”) and the fourth are determined by the meridian.

It should be emphasized that while there was science in astrology (astro-nomy, the law of the stars), interpretation (astro-logy, the logos or “word” of the stars) was an art and like all art requires experience and individual human sensitivity. Horary judgements were based on “favorable” or “unfavorable” positions (or “conjunctions”) of planets in the zodiac and in the twelve houses. Harmonious and disharmonious characteristics of certain angles (“aspects”) at which the sun, moon, and planets “beheld one another” were also taken into consideration. Plotting the angles or “aspects” required some knowledge of geometry. The when and the how of constructing a significant building involved both an astrological and a geometrical aspect. A significant building contained a “sign,” a celestial signal.

Different aspects of the celestial pattern touched planet Earth in different ways at different times, as did the rays of the sun and the moonlight that had such a demonstrable effect on planetary existence. These aspects might condition any significant detail of life. For example, a horoscope of the time in which a letter arrived could inform the astrologer of the writer’s sincerity or of hidden intentions. Horoscopes could be used to decide on the advisability of a projected meeting or “scheme,” or even the laying of a foundation stone. Furthermore, one might plan one’s future activities around propitious times. A number of projected scenarios could be set up as “figures.” The resulting figures were called “elections.” According to Ashmole’s Theatrum Chemicum Britannicum (1652, p. 451): “by Elections we may Governe, Order and Produce things as we please: Faber quisque Fortunae propriae.”
Tobias Churton

“Reads like an adventure novel. Ashmole was one of the leading intellectual and spiritual lights of the time, an accomplished alchemist, and close friend to some of the most brilliant men in England. Churton has given us a compelling picture of Ashmole’s life, the city in which he lived, and the guild structure of the time.”

"This book is not only an excellent reference on the life of Elias Ashmole but also a most needed, in-depth study into the early transition from Operative to Speculative Freemasonry. It is highly recommended reading for the Masonic scholar."