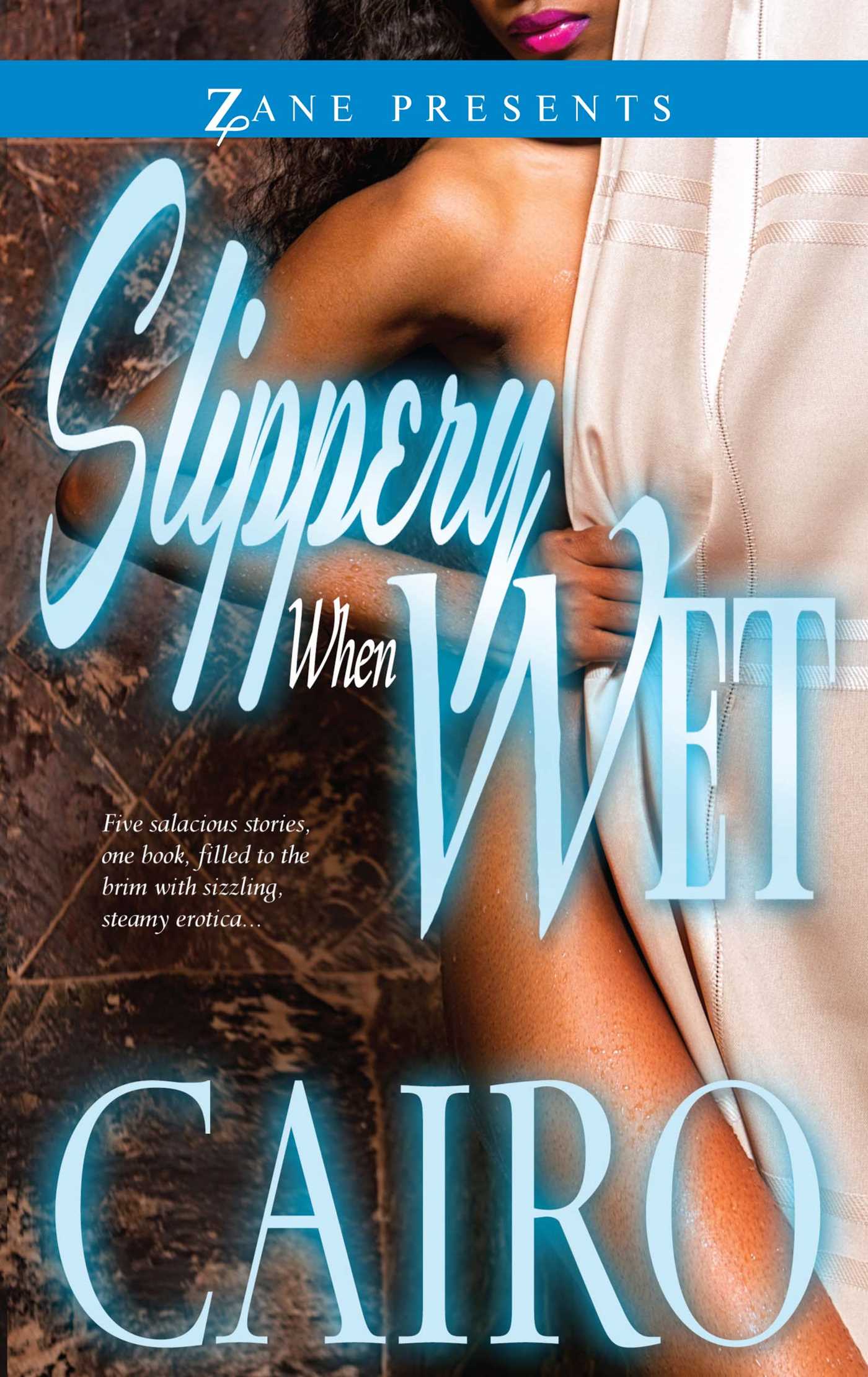 By Cairo
LIST PRICE $16.00
PRICE MAY VARY BY RETAILER

These five salacious stories are filled to the brim with sizzling, steamy erotica for anyone who enjoys, fantasizes about, or simply craves girl-girl sex.

Ava Wilson, a full-figured single diva, has always wondered what having sex with a woman would be like. So when she goes on a weekend getaway with her friend, Ava allows curiosity to get the best of her.​

Miasha Simmons is the perfect little trophy wife for her wealthy attorney-husband, and she knows how to keep her man happy. But when he’s away, his sweet, loving wife likes to play with other women.​

Laila Reynolds loves the sweet sting of a whip from those who seek her out through her website, promising solicitors a night of hot, steamy fun they’ll never forget.

Playboy-stud Reggie Sanders loves the chase of beautiful straight women. That’s until she seduces a woman who gives Reggie a taste of her own medicine—straight with no chaser.

I wanna fuck, damn it!

Oh sure this whole self-induced celibacy thing was/is my idea. Shit! But, when you’re used to being fucked down every day—for almost a year, then go completely cold turkey, it starts to take a toll on you. And, baby, trust. Having no dick in my life is killing me slooooowly. And believe me. I have been enticed to go on an all-out fucking spree. But I refuse to give into temptation. I rebuke the power of good, hard dick, and what it has done to me over the years. It’s fucked me silly. It’s dragged me into drama. It’s had me believing bold-faced lies. It’s had me moving in men who expected me to take care of them. Oooh, good hard dick has had me settling when I knew better. And the list goes on.

So after my last fiasco of a relationship, I made a conscious decision to stay away from men and all of their bullshit until Mr. Right comes along. Because, up until now, I’ve had more than enough of my share of Mr. Wrongs, starting with Mr. Dead Wrong and ending with Mr. All Wrong All Along. I could write a book on how trifling some of these sorry-ass men are. But I won’t. And I’m not going into the New Year bashing or harboring any ill feelings toward men. I mean. I know I’m a good catch. I own my own home. I have excellent credit. I’m educated. I’m supportive, encouraging, and loving. Bottom line, I’m a damn good woman. And, yeah, maybe I do need to lose fifty…okay, seventy-five, pounds or more. Mmmph. That’s what my ex told me the night before he told me he was tired of fucking “a big girl.” Really? The nerve of that insensitive bastard! Then to add insult to injury, he added, “I’m not in love with you, anymore.”

“Oh really?” I had replied, stunned. “Then why are you with me?”

He stared at me as if I’d asked him one of the dumbest questions he’d ever heard. “Damn. You really gotta ask? Because you give good head. And the pussy’s good.”

I blinked. After all I had done for him, he had the audacity to part his lips with that shit. Sorry, but that answer was it for me. Realizing that he thought I was only good for sucking his dick and fucking him felt like someone had stabbed me in the chest a thousand times, and left me for dead. I was stunned for several minutes, digesting his words before I finally came to my senses. Right then, I climbed out of bed and helped him pack his shit, then showed him and his big, black dick to the door.

Yes, I’m a big girl, as that asshole called me. But I’m not fat-nasty with it. In fact, I’m a beautiful, thick-hipped, big-boned, cocoa-brown woman who embraces every inch of her one-hundred-and-eighty-five-pound frame, proudly and boldly. And any man who can’t appreciate me, or my dangerous curves packed with ass and 36 double-D titties, can go straight to hell. Fuck ’em!

I’m a size sixteen, okay. And I wear it well. And you’d think any man in his right damn mind would want a woman who has a long tongue, deep throat, and a wet, juicy pussy that loves to fuck. You’d think a man would want a sexy, full-figured bombshell who has some meat on her bones rather than chasing behind some skinny, anorexic bitch you see running around starving herself half to death. Mmmph. Not Maurice, that’s for sure!

So thanks to him, it’s been eight months, three weeks, four days, eleven hours, and forty-seven minutes and fifteen excruciating seconds since I’ve sucked a dick, fucked a dick, or been fucked over by a dick. I guess that last part is a blessing. No…it is a blessing!

Still, I can’t say I don’t miss being touched and caressed and held. That I don’t yearn to have this smoldering fire blazing between my legs pounded out by something other than a dildo. But I made a promise to myself that I would not give out any more of this pussy to another man until I’m swept off my feet by someone who can appreciate a full-figured woman who has her shit together instead of being intimidated by her. So, until then, I will suffer through this aching between my thighs alone—stress-free and drama-free, and continue to take matters into my own hands until something, or someone, worthwhile comes along.

I slip my hand down into my Dooney & Bourke, feel around for the satin pouch, then sigh with relief. Something’s gotta give, soon. But this’ll do for now. The elevator stops on the fifth floor. I suck my teeth as it opens. In steps Viola from Procurement. All gussied up in her Sunday’s best, bringing in with her the lush peachy scent of Heat by Beyoncé. This gossipy bitch doesn’t know the difference between church wear and business attire. Today, she has on a brown, ankle-length skirt and a long, matching suit jacket with rhinestones on the lapel. I roll my eyes. All she needs is the handkerchief with the lace trim, the gloves, and wide-brimmed hat to match and she’d be church-ready. Heathen-ass ho!

Okay, be nice, Ava. It’s the New Year and you promised yourself you were going to leave old resentments in the past. Yeah, but I also said if I didn’t have anything nice to say to someone that I would simply not say anything to them at all.

“So, where you off to first thing this morning? Isn’t your office up on the eighteenth floor?” She glances at her watch. “It’s not even after ten yet, and you’re already prowling the halls.”

Don’t let this bitch get to you!

I tilt my head. “And here it is at the top of the New Year and I see you’re still worshipping in the House of Messy,” I shoot back, shaking my head. “First day back to work and you’re already minding everyone else’s business, except your own.”

She grunts, dismissing me. “So how you been, Ava?”

Okay, I see this trick wants to purposefully get on my nerves first thing this morning. “I’m beautiful, thanks.” I don’t bother asking her how she’s been; I don’t care to know. It’s obvious. Stuck-up and wound up real tight.

She gives me the once-over, and smirks as she turns to face the mirrored wall of the elevator. “Um, how’s your girlfriend doing? You know”—she pats her thigh, keeping her stare forward—“that rough-looking girl with the dreads who works up on the twentieth floor in Tech Support. The two of you always seem so cozy together in the lunchroom.”

I give her a confused glare. But I know exactly whom she’s referring to. Starleesha Wilkerson—well, Star for short. She’s a lesbian. Not that I have anything against lesbians; I don’t. But this ho does. Her moral compass doesn’t allow her to embrace another’s sexual preference, which in layman’s terms translates to her being an opinionated, homophobic bitch!

“I don’t have any girl friends here. But if you’re talking about Star, how about you ask her yourself since you seem to be so concerned. I don’t keep tabs on her.”

The elevator stops and opens on the third floor. “I see the way she looks at you.”

I frown. “And what exactly are you implying?” I narrow my eyes, placing a hand up on my hip in a combative stance.

“You ain’t foolin’ no one,” she snidely says over her shoulder.

Cairo is the author of more than twenty books, including The Pleasure Zone, Slippery When Wet, The Stud Palace, Kitty-Kitty, Bang-Bang, Daddy Long Stroke, The Man Handler, The Kat Trap, and the Deep Throat Diva series. His travels to Egypt inspired his pen name.

By Cairo
LIST PRICE $16.00
PRICE MAY VARY BY RETAILER