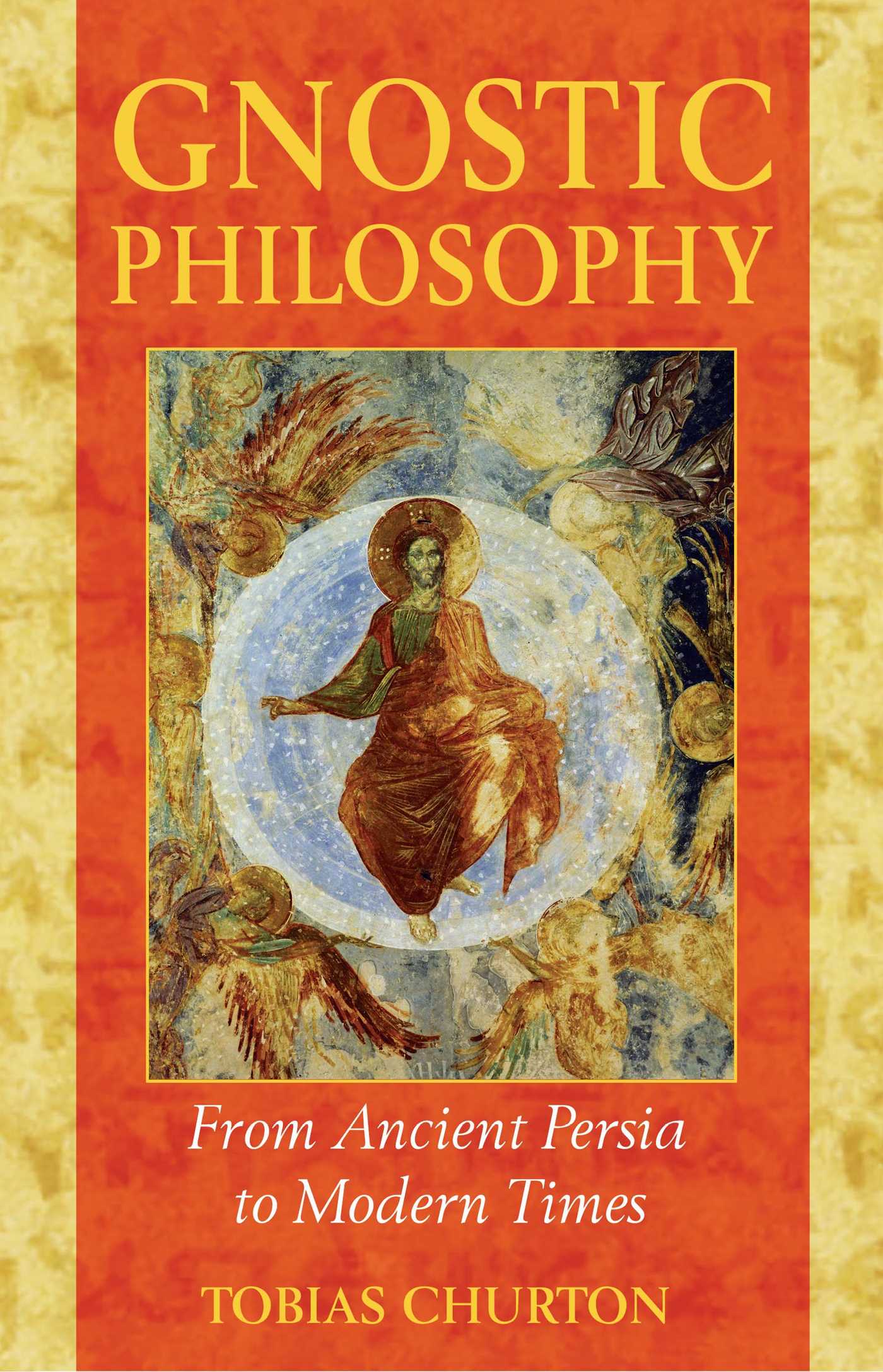 Gnosticism was a contemporary of early Christianity, and its demise can be traced to Christianity's efforts to silence its teachings. The Gnostic message, however, was not destroyed but simply went underground. Starting with the first emergence of Gnosticism, the author shows how its influence extended from the teachings of neo-Platonists and the magical traditions of the Middle Ages to the beliefs and ideas of the Sufis, Jacob Böhme, Carl Jung, Rudolf Steiner, and the Rosicrucians and Freemasons. In the language of spiritual freemasonry, gnosis is the rejected stone necessary for the completion of the Temple, a Temple of a new cosmic understanding that today's heirs to Gnosticism continue to strive to create.

The Gnostics believed that the universe embodies a ceaseless contest between opposing principles. Terrestrial life exhibits the struggle between good and evil, life and death, beauty and ugliness, and enlightenment and ignorance: gnosis and agnosis. The very nature of physical space and time are obstacles to humanity's ability to remember its divine origins and recover its original unity with God. Thus the preeminent gnostic secret is that we are God in potential and the purpose of bona fide gnostic teaching is to return us to our godlike nature.

Tobias Churton is a filmmaker and the founding editor of the magazine Freemasonry Today. He studied theology at Oxford University and created the award-winning documentary series and accompanying book The Gnostics, as well as several other films on Christian doctrine, mysticism, and magical folklore. He lives in England.

From the Magi to St. Paul

In chapter 13, Paul really drives the message home in words that have astonished men and women for nearly two millennia: “Though I speak with the tongues of men and of angels, and have not love, I am become as sounding brass, or a tinkling cymbal. And though I have the gift of prophecy, and understand all mysteries, and all knowledge [gnosis]; and though I have all faith, so that I could remove mountains, and have not love, I am nothing.”

All spiritual gifts--including gnosis--exist to serve the cause of love. But at the end, a knowledge never envisioned shall embrace all: “For now we see through a glass, darkly; but then face to face: now I know in part; but then shall I know even as also I am known” (1 Cor. 13:12; my emphasis). The ultimate gnosis awaits those who have transcended the limitations of the natural man, whose pride has been conquered by love.

Whatever else might be grasped from Paul’s words, it is clear that he regards gnosis--spiritual knowledge--as a bona fide gift of the Spirit. As we might expect, scholars continue to join battle over the nature of the gnosis present in Corinth. It has been asked whether Corinth saw the first outbreak of this “heresy.” The problem with this line of thinking is that, first, Paul does not have any direct dealings with the idea of heresy, and second, he does not see gnosis as being a problem for the Christian assembly. He regards it as a gift among other gifts. It is clear from the tone and context of the letter that Paul takes gnosis in its plain meaning, the gift of spiritual knowledge. He also sees absolute spiritual knowledge (intimate cognitive awareness of God) as the goal of the spiritual life. He likewise makes it plain that what we can know in our earthly state--however exalted this might be--is nothing when compared to the ultimate state of spiritual persons following their resurrection: “So also is the resurrection of the dead. It is sown in corruption; it is raised in incorruption: It is sown in dishonor; it is raised in glory: it is sown in weakness; it is raised in power: It is sown a natural body; it is raised a spiritual body. There is a natural body, and there is a spiritual body” (1 Cor. 15:42-44).

Gnosis of God is central to Paul’s understanding of salvation. He is also aware that this gift is not available to all--and that in its fullness it is not available to himself, even though he says he knows many mysteries that the Corinthians are not ready to hear. This caveat explains to some extent why Paul was such a hero to Christian Gnostics. It can hardly be denied that Paul sanctioned the gift, while doubting that religious speculation could alone lead to the ultimate knowledge. Of course, by setting so much store by the gnosis of God, he undoubtedly whetted the appetites of those naturally--or supernaturally--born with the gift of religious speculation and spiritual knowledge. Indeed, his surviving works are full of intimations of a flexible spiritual system conducive to the full flowering of what scholars call Gnosticism in the century after his death . . . .

The decisive difference between Paul’s understanding of gnosis and that of those who called themselves Gnostics in the second century lies in this: The Gnostics saw the possession of a salvific knowledge as not only the primary but also the sole mode of release from the grip of the spiritual darkness that they believed was inherent in the fabric of the natural cosmos. For them, Jesus was responsible for bringing an exclusive gnosis into the world of men and women, and this gnosis had a quite specific content, such that it could itself be presented as the gospel, or “good news,” for those who could appropriate it.

The attraction of this view is obvious. Christianity becomes more than a story of a suffering and resurrected messiah, through which the Christian enters by the mystery of baptism and sacrament; it becomes a complete and absolute system of knowledge--and this knowledge becomes itself the key to spiritual liberty. The idea of a spiritual elite follows naturally--and it was perhaps some prescience of this that drove Paul to stress that gnosis is one of a range of spiritual gifts with no exclusive rights to primacy in the Body of Christ. Nevertheless, Paul gave the Gnostic movement a certain amount of ideological ammunition, which can be summarized as follows:

Paul did not invent these ideas. Indeed, much of what seems to have constituted the kinds of gnosis with which he was familiar, as well as the accompanying mysteries of that gnosis, had been the subjects of speculation by religious sages and their initiated followers for some five centuries. It may be that only the paucity of written material from before that time prevents us from regarding spiritual speculation as being of even more ancient provenance.
Tobias Churton

"Recommended for upper-level academic collections that specialize in early Christianity, religion, or philosophy."

"Exhaustive (but not exhausting) in scope and copiously annotated, [Churton's] work will spice up virtually any reading list of Gnosticism and early Christianity. . . . will pique the interest not only of professional academics but anyone interested in the Gnostics through the centuries."

"Churton separates the wheat from the chaff and disposes of unnecessary speculations and fantasy. To get a good handle on what Gnosticism is really all about (and isn't), a great place to start is with Gnostic Philosophy by Tobias Churton."

"GET THIS BOOK. This is, quite simply, one of the best books I have read this year. Though I could, with plenty of justification, describe this work as erudite, witty, humorous, profound, engaging, or any of a number of depictions, none of these would convey the sense of validation I got with devouring its pages."

"We desperately need a solid historical overview of Gnosticism which is historically credible and yet not too academic to put it out of reach of the average reader and this book is it. To get a good handle on what Gnosticism really is (and isn’t), a great place to start is with Gnostic Philosophy by Tobias Churton."