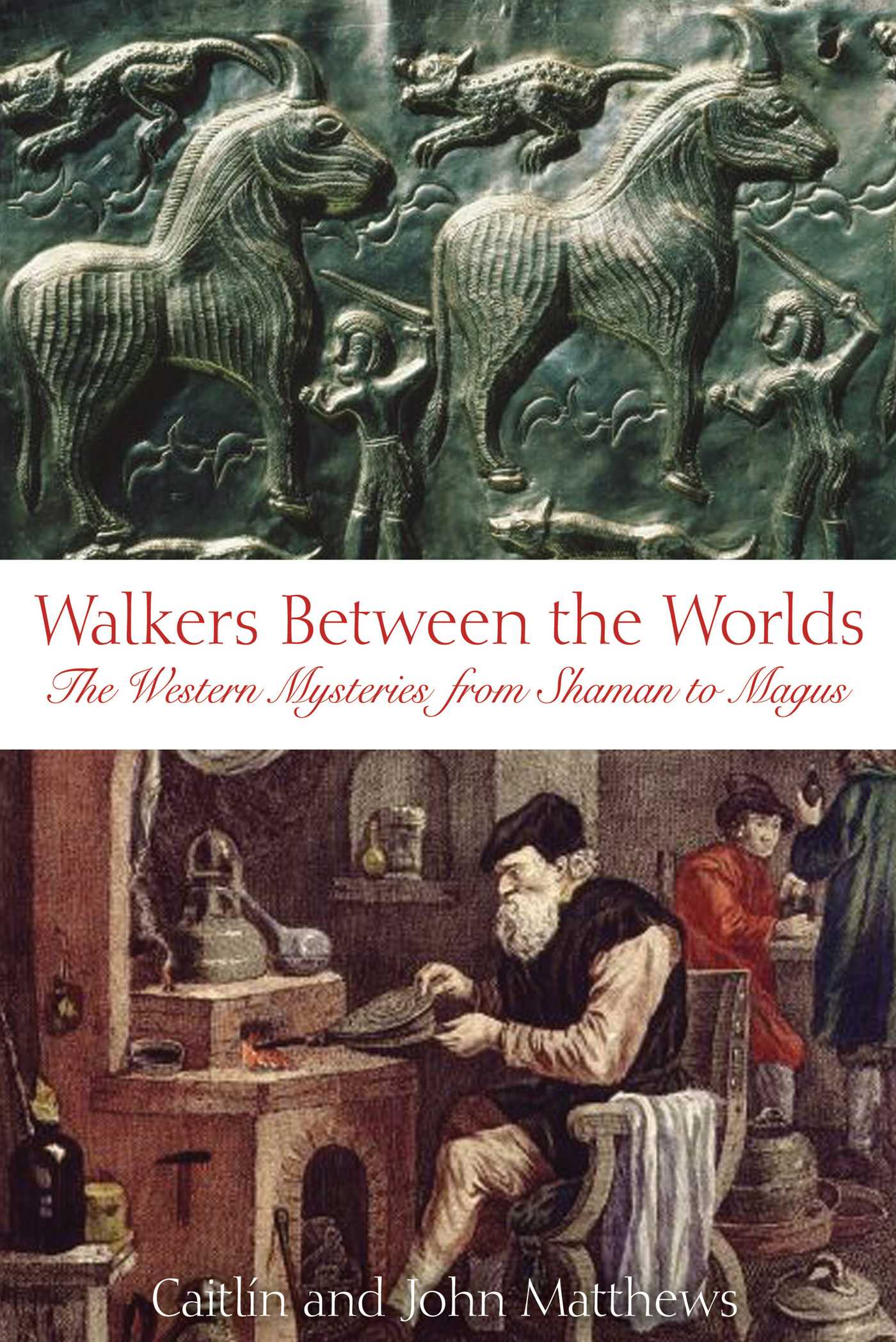 By Caitlín Matthews and John Matthews
LIST PRICE $19.99
PRICE MAY VARY BY RETAILER

• Reveals how earth wisdom and high magic complement one another

In Walkers Between the Worlds, the authors reveal the development of both these traditions that were never far beneath the surface of Western culture and how they complement each other.

As the orthodox structures of the West appear increasingly hollow and irrelevant, the Western way trod by the shaman and the magus remains vital, with many practical methods for reawakening awareness and reconnecting with the earth. In addition to its in-depth theoretical analysis, Walkers Between the Worlds contains practical exercises drawn from traditional teaching methods used by both native and hermetic traditions to help the reader explore these mysteries.

from the Introduction to Part One: The Inward Spiral

The two parts which make up this work constitute a complete maze--a journey inward, to the centre; and a journey outward, to the periphery. Part 1, which deals with Native Tradition, from its origin in the Foretime to its present day manifestations in Neo-Paganism, is the inward spiral. Part 2, which concerns itself with the Hermetic Tradition--so called after its supposed founder Hermes Trismegistus--from its beginnings in classical antiquity to its current renaissance in the work of contemporary magical schools, is the outward spiral.

Together these two paths form the prima materia of the Western Way: the Native Tradition, more intuitive, earth conscious, Goddess-oriented; and the Hermetic Tradition, with its emphasis on the pursuit of knowledge, oneness with the godhead, superconsciousness. Together they balance each other out: the one probing deeper into the first mysteries of human awareness; the other seeking to utilize this inner understanding in a clearer, expositive way. . .

The Hermetic Way is grounded in the perennial philosophy; the Native Tradition in the Otherworld. God or Deity is seen in terms of elemental forces by the Native Traditionalists; while in the Hermetic Schools perception shifts from “God out there” to God within the self. The evolution of consciousness is encompassed by both traditions. Just as the Hermetic cannot exist without the foundations of the Native, neither can the Native progress without the projection of the Hermetic. They are the root and branches of the tree of the Western Way. . .

Western Folk-Weave
While most people consider the “real” Western Mystery Tradition to reside in the Hermetic Tradition, others are coming to see it in the context of its foundations. Those who look to the major civilizations of the Middle East and Mediterranean for insight into the Mysteries fail to see the past around them. A tradition, like a prophet, is without honour in its own country. Other grass is greener and more succulent, and so it will ever appear. We have drawn many examples from the British tradition, not only as representative of the Western Way, but also because we have drawn from our own experience, ancestral memory, and traditional heritage. What we have done here can be done just as well for other traditions and cultures. The Native Tradition of the West is approachable by all who have a Western consciousness and cultural identity.

The Western Way has been so neglected, mostly since the onset of organized religion, that the individual quest has tended to be lost sight of. The saviours and prophetic figureheads have all had their purpose, but it has been above all to stimulate that interior search. “Seek you first the Kingdom of Heaven, which lies within you.” To go beyond organized forms of religion we must first pick up the pieces of our development, the cross-currents, the influences and causes, before we can go onwards to the time when mystery traditions will be neither Eastern nor Western.

. . . As a civilized people we have lost any sense of a real inner perspective: The mythologies of revealed religion have been made virtually irrelevant by contemporary restatement. Once reduced to the lowest common factor, they fail to excite or inform the average seeker after spiritual nourishment. The trained shaman, magician, mystic is an anomaly in the modern world. Maps of the inner world are as rare as maps of Treasure Island. We have lost our inner currency on the way to civilization and industrial progress. . . We give our children stones instead of bread when we force them from childhood to adulthood without the salvific story, the ritual response, the inner dimension which transforms the mundane world with its touch. . .

The Western Way holds many of the secrets of our kinship with the earth. It guards the knowledge of who we really are, and can confer the keys of our true heritage.

Exercise 2: Analeptic Memory
The first time you perform this exercise, enter your family tree as in Exercise 1, only, instead of stepping out where the trunk meets the ground, carry on down the tree through its mighty roots and emerge, underground, among the roots of the tree. A clear pathway is before you: Follow it until it opens up into an underground cavern where a large lake is found. On the left-hand side is a wellspring and beside it a whitened, rotted tree-stump. You do not wish to drink of these waters which flow away from the lake into the ground, for these are the waters of forgetfulness. On the right-hand side of the lake is another wellspring which feeds the lake. Behind this wellspring, which is the well of memory, stand the Guardians. As you meditate, these Guardians will formulate themselves in your imagination; they are different for everyone. You have come here in order to retrieve the memory of something you have either lost or which has not been accessible to you in this life . . .
Caitlín Matthews

Caitlín Matthews is internationally renowned for her research into the Celtic and ancestral traditions. She is the author of 36 books, including The Celtic Tradition, The Encyclopedia of Celtic Wisdom, and Sophia: Goddess of Wisdom. She is co-founder of the Foundation for Inspirational and Oracular Studies, which is dedicated to oral, shamanic, and sacred arts. Caitlin Matthews has a shamanic practice in Oxford, England, and teaches worldwide.

John Matthews has authored over 60 books, including The Grail: Quest for Eternal Life and The Encyclopaedia of Celtic Wisdom. A foremost expert in the Arthurian legends and esoteric wisdom of the Celtic traditions, he teaches and lectures around the world. He resides with his wife, Caitlin, in Oxford, England.

"This book is a wonderful resource for deepening one's understanding of the personal path being followed. . . . an excellent resource as well as a personal workbook."

By Caitlín Matthews and John Matthews
LIST PRICE $19.99
PRICE MAY VARY BY RETAILER