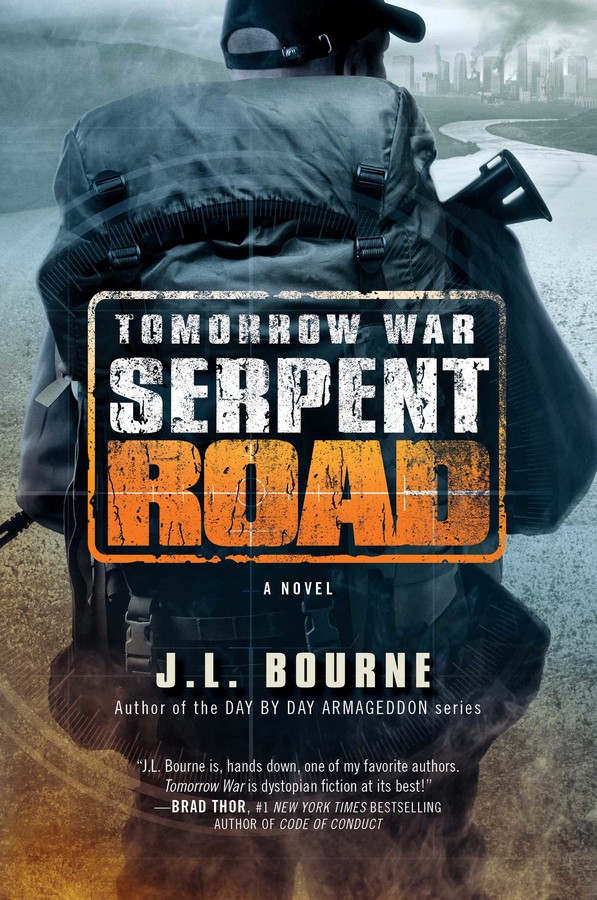 A riveting, ultra-realistic example of “dystopian fiction at its best” (Brad Thor, #1 New York Times bestselling author) from the acclaimed author of the Day By Day Armageddon novels!

During an unacknowledged mission inside the Syrian border, a government operative had unwittingly triggered an incredible worldwide event that irrevocably shaped the future of the United States. In the aftermath of the crisis, families have struggled to survive in a world short on food, water, and electricity. Hyperinflation cripples the United States economy and post-war armored military vehicles are patrolling the streets. One man has now stepped forward and continues to push back the dark wave of tyranny brought on by martial law in the streets of America, and may be the only hope of saving liberty for the country’s future.

The hills of Newton County, Arkansas, were a remote place before the implosion of civilized society, which was why I chose to hole up here now. The train still exists as sort of a mobile base of resistance in western Arkansas, but I’m far from the reach of the locomotives. It’s not that I don’t feel that it’s a righteous calling; hell, I helped them bring down the federal government in that area. That winter of resistance was harsh, killing many of us off by common cold and infection. With the spring came organization and purpose. After we figured out that we couldn’t go past Fort Smith to the south because of fallout from a reactor meltdown near Russellville, we ended up going north. There the feds had blown out a large bridge just outside of Belle Vista. This effectively limited the mobile command center’s travel to about a hundred miles of north–south track. It was fall when I decided it was time to leave. It had been long, dirty months since we neutralized the feds at the prison.

My cousin Jim and I took our gear and said our good-byes when the train made its stop back in Fayetteville; we then watched it resume going south to the exclusion zone on its endless back-and-forth route. It was rough to leave Rich; he said he wasn’t ready to ditch his comfy boxcar quite yet. I shook his hand firmly before Jim and I trekked back to my shelter, safely buried in the rocky Arkansas ground a half-day walk to the east.

Jim and I held up for about a week when we got word from Rich via Radio Free Ozarks that a federal hit squad was looking for me.

Rich used verified code words, so I knew the threat was real. If they found me, they’d also kill whomever I was with.

It was time to go.

I left Jim enough to get him through the winter, and loaded up some dry goods, water, guns, and ammo into the back of my derelict Toyota pickup that I’d left covered with camo netting since the shit really hit the fan. Despite the cold, the engine cranked over, waking from a long dormancy. I let it run and embraced Jim one last time, promising to see him again soon, then crunched through the woods, down the trail leading to Black Oak Road. Jim had buried my shelter back before all this; I just hope it won’t become his grave.

The only one besides me who knows the exact whereabouts of the cabin I now inhabit, Shady Rest, has been dead for a while. My father used to bring me here in summer. Back then there was no electricity here, no running water besides the river down the holler. If you had to take a number two, you did it in the nearby outhouse. Dad told me I was spoiled to have a magazine rack inside Shady Rest’s outhouse, and that it was a fancy structure because it was a “two-seater.” I still laugh, thinking about all this luxury Dad used to tease me about when compared to his Spartan childhood growing up in these mountains.
J. L. Bourne

J.L. Bourne is a commissioned military officer and acclaimed author of the horror series Day by Day Armageddon, and the dystopian thriller, Tomorrow War. With twenty years of active military and intelligence community service behind him, J.L. brands a realistic and unique style of fiction. He lives on the Gulf Coast but is sometimes spotted toting a rifle and a Bowie knife in the rural hills of Arkansas where he grew up. Visit him at JLBourne.com before the grid goes dark.

"Fans of near-future dystopian fiction in which isolated warriors fight against a tyrannical U.S. government will welcome Bourne's exciting sequel to Tomorrow War....For readers into this subgenre, this will go down as smoothly as a cold beer on a hot day."

"J.L. Bourne is, hands down, one of my favorite authors. Tomorrow War is dystopian fiction at its best! This book is so real, it scared the hell out me. Read it today and pray to God it doesn't come true tomorrow."

"A nonstop action thriller that explores the dark side of 'what if our entire digital and economic grid collapsed.' An unforgettable novel."

More books in this series: The Chronicles of Max