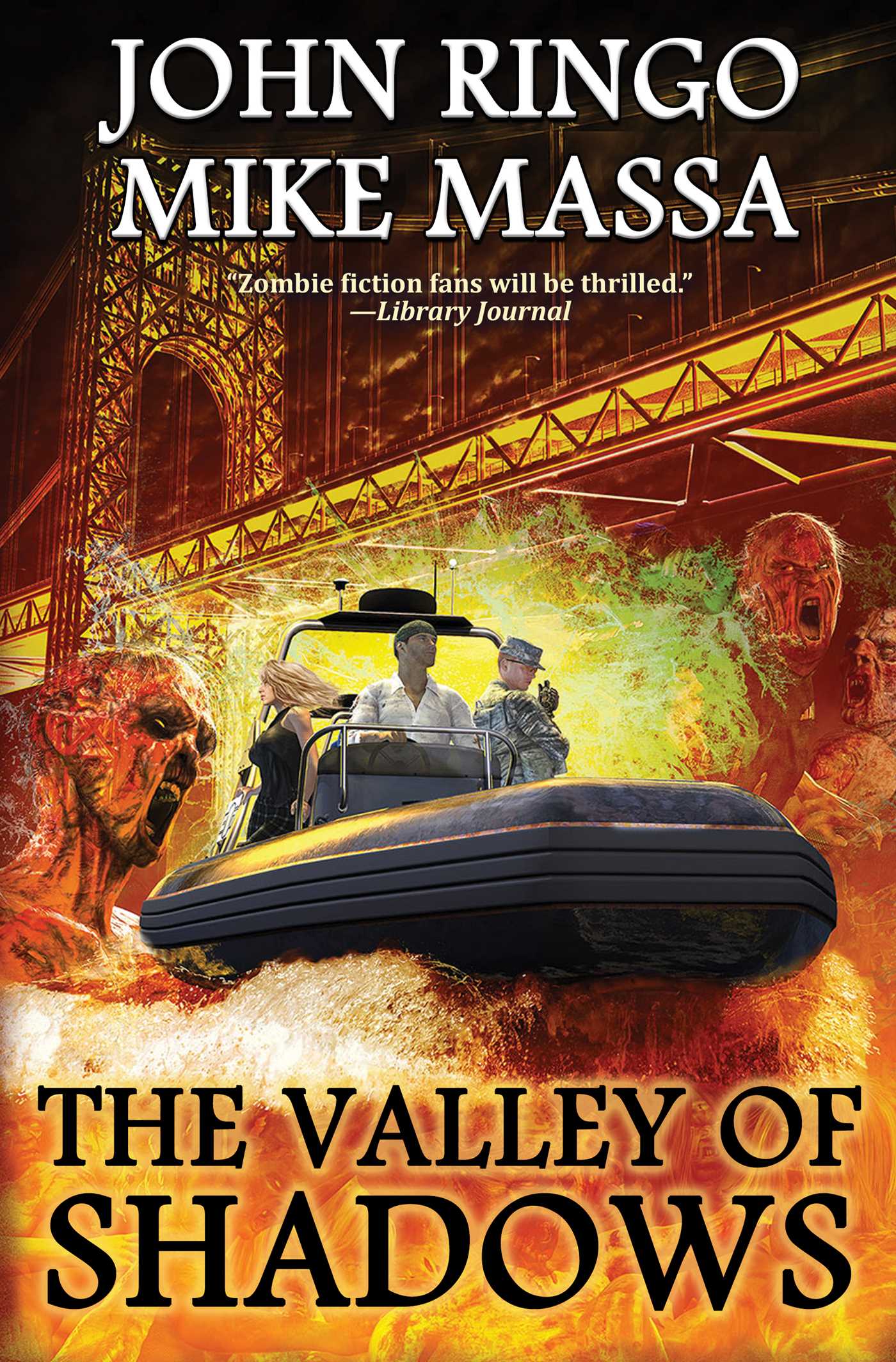 The Valley of Shadows

From his corner office on the forty-fourth floor of the Bank of the Americas tower on Wall Street, Tom Smith, global managing director for security, could see the Statue of Liberty, Battery Park—and a ravening zombie horde.

Officially, Smith was paid to preserve the lives and fortunes of employees, billionaires, and other clients. And with an implacable virus that turned the infected into ravenous zombies tearing through the city, the country, and the world, his job just got a lot harder.

Good thing Smith, late of the Australian special forces, isn’t a man to give up easily. But saving civilization is going to take more than the traditional banking toolbox of lawyers, guns, and money. Smith needs infected human spinal tissue to formulate a vaccine—and he needs it by the truckload. To get it, he will have to forge a shady alliance with both the politicians of the City of New York and some of its less savory entrepreneurs.

But all of his back-alley dealing may amount to nothing if he can’t stave off the fast-moving disease as it sweeps across the planet, leaving billions dead in its wake. And if he fails, his only fallback is an incomplete plan to move enough personnel to safe havens and prepare to restart civilization.

What’s more, there are others who have similar plans—and believe it or not, they’re even less charitable than a Wall Street investment banker. Sooner or later Smith will have to deal with them.

But first he has to survive the Fall.

About Valley of the Shadows:
". . . fast-paced . . .  building to an exciting climax . . . Ringo and Massa have written an end-of-the-world novel that is unconventional and entertaining."—Daily News of Galveston County

About Black Tide Rising:
“. . . an entertaining batch of . . . action-packed tales. Certainly, fans of Ringo’s particular brand of action-adventure will be pleased.”—Booklist

"This anthology broadens Ringo’s  Black Tide world, serving up doses of humanity amid the ravenous afflicted. Comedy has a place in this harsh reality, and these stories stir adventure and emotion at a frantic clip throughout. Zombie fiction fans will be thrilled."—Library Journal

About the Black Tide Rising Series:
“Not only has Ringo found a mostly unexplored corner of the zombie landscape, he's using the zombie frame to tackle a broader theme: the collapse and rebirth of civilization. The zombie scenes are exciting, sure, but its the human story that keeps us involved. A fine series.”—Booklist

About Under a Graveyard Sky:
“Ringo combines humor and horror in this strong series debut, the thinking reader’s zombie novel.”—Publishers Weekly

About John Ringo:
“[Ringo’s work is] peopled with three-dimensional characters and spiced with personal drama as well as tactical finesse.”—Library Journal

“. . .practically impossible not to read in one sitting . . . exceedingly impressive . . . executed with skill, verve, and wit.”—Booklist

The Valley of Shadows