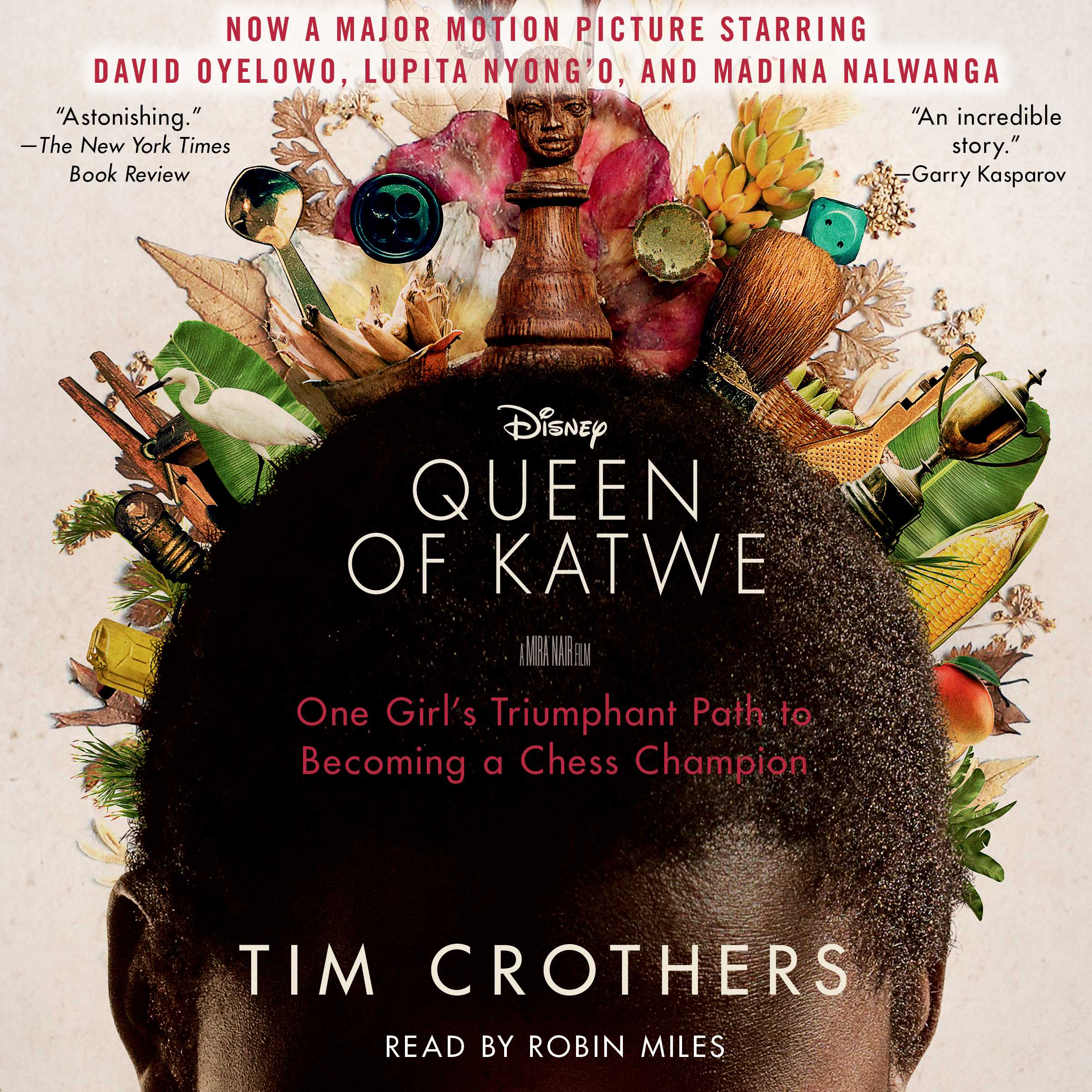 A Story of Life, Chess, and One Extraordinary Girl

One day in 2005 while searching for food, nine-year-old Ugandan Phiona Mutesi followed her brother to a dusty veranda where she met Robert Katende.

Katende, a war refugee turned missionary, had an improbable dream: to empower kids in the Katwe slum through chess—a game so foreign there is no word for it in their native language. Laying a chess­board in the dirt, Robert began to teach. At first children came for a free bowl of porridge, but many grew to love the game that—like their daily lives—requires persevering against great obstacles. Of these kids, one girl stood out as an immense talent: Phiona.

By the age of eleven Phiona was her country’s junior champion, and at fifteen, the national champion. Now a Woman Candidate Master—the first female titled player in her country’s history—Phiona dreams of becoming a Grandmaster, the most elite level in chess. But to reach that goal, she must grapple with everyday life in one of the world’s most unstable countries. The Queen of Katwe is a “remarkable” (NPR) and “riveting” (New York Post) book that shows how “Phiona’s story transcends the limitations of the chessboard” (Robert Hess, US Grandmaster).

This reading group guide for The Queen of Katwe includes an introduction, discussion questions, and ideas for enhancing your book club. The suggested questions are intended to help your reading group find new and interesting angles and topics for your discussion. We hope that these ideas will enrich your conversation and increase your enjoyment of the book.

Phiona Mutesi had never seen a chessboard. Her home was a decrepit shack in the slums of Kampala, Uganda. At nine years old, she was barely literate, a school dropout who spent her days wandering through the Katwe slum selling boiled maize and hoping she could find a single meal to eat each day. Then she met Robert Katende, a local missionary working for Sports Outreach, an American relief organization. Under Katende’s tutelage, Phiona slowly learned to play chess. She gradually mastered how to strategize, how to defend her pieces, and finally she learned how to win. She won game after game, against boys, against adults, against renowned players, until it became clear that she possessed a true gift for chess. Through a series of unlikely sponsorships and miraculous coincidences, Phiona was able to begin competing and winning in tournaments around the globe. Despite all odds and countless life-threatening obstacles in Katwe, Phiona is now one of the world’s best chess players. Her journey is one that will leave you inspired by the strength and dedication of this courageous young woman.

1. The Queen of Katwe is not only the story of Phiona Mutesi. It is also the story of Robert Katende, Rodney Suddith, Russ Carr, Phiona’s sister, mother, and grandmother as well as the story of the Katwe slum. How did all of these different stories help to shape Phiona’s journey?

3. Should chess be considered a sport by the International Olympic Committee? Should it be included in the Olympics?

4. Why do you think Sports Outreach is a successful way of transforming poverty-stricken lives?

5. The scholarship that paid for Phiona’s education was donated by the Popps, an American family who lost a son. The boy’s father is quoted as saying, “People say that there must have been a reason that Andrew died. There’s no way in my mind that I will ever think that the good things that have come out of this were worth his death.” (Chapter 6). Is there ever a way to quantify the good that can come from tragedy?

6. What factors do you think set Phiona apart from the other chess players in Katwe?

7. How does Phiona’s success affect the other children who play chess in Katwe?

8. How has Phiona’s gender impacted her experience as a budding chess champion? Are her wins more impressive or meaningful because she’s a girl?

9. Do you think Phiona will be able to get out of Katwe without succumbing to the obstacles that have overwhelmed so many other slum children? What specific obstacles does Phiona face?

10. What do survival strategies in Katwe and game strategy in chess have in common? What role does remaining stoic in the face of both victory and loss play?

11. How did the stories of the two Ugandan world champions, John Akii-Bua and Dorcus Inzikuru, help contextualize Phiona’s victories and what they mean for Uganda and Katwe?

13. What new obstacles will Phiona and the other young chess players of Katwe face as they become adults?

14. Discuss the proverb of the Ugandan who argues that relaxing while eating a fish today is preferable to working to create a fishing business so that he can retire and relax while eating a fish in the future. Does the clash between western values and Africa’s mindset prevent true understanding between the cultures?

1. Bring a chessboard to your book club meeting and play a game of chess. If one member of the group is familiar with the game, that member can give a lesson to the others.

2. Try new things. Go outside your comfort zone with the refreshments you serve and discuss what Phiona must have felt like trying all the new tastes during her trips to chess tournaments in other countries.

3. Pool your funds and sponsor a child from Uganda’s Katwe or a similar slum through an international aid group, or create a scholarship for a child to attend school. Discuss what it meant to Phiona to be sponsored by the Popp family. 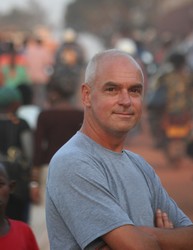 Courtesy of the author
Tim Crothers

Tim Crothers is a former senior writer at Sports Illustrated. He is the author of The Queen of Katwe: One Girl’s Triumphant Path to Becoming a Chess Champion and The Man Watching, the biography of University of North Carolina women’s soccer coach Anson Dorrance, and coauthor of Hard Work, the autobiography of UNC basketball coach Roy Williams. He lives in Chapel Hill, North Carolina, with his wife and two children.

A Story of Life, Chess, and One Extraordinary Girl