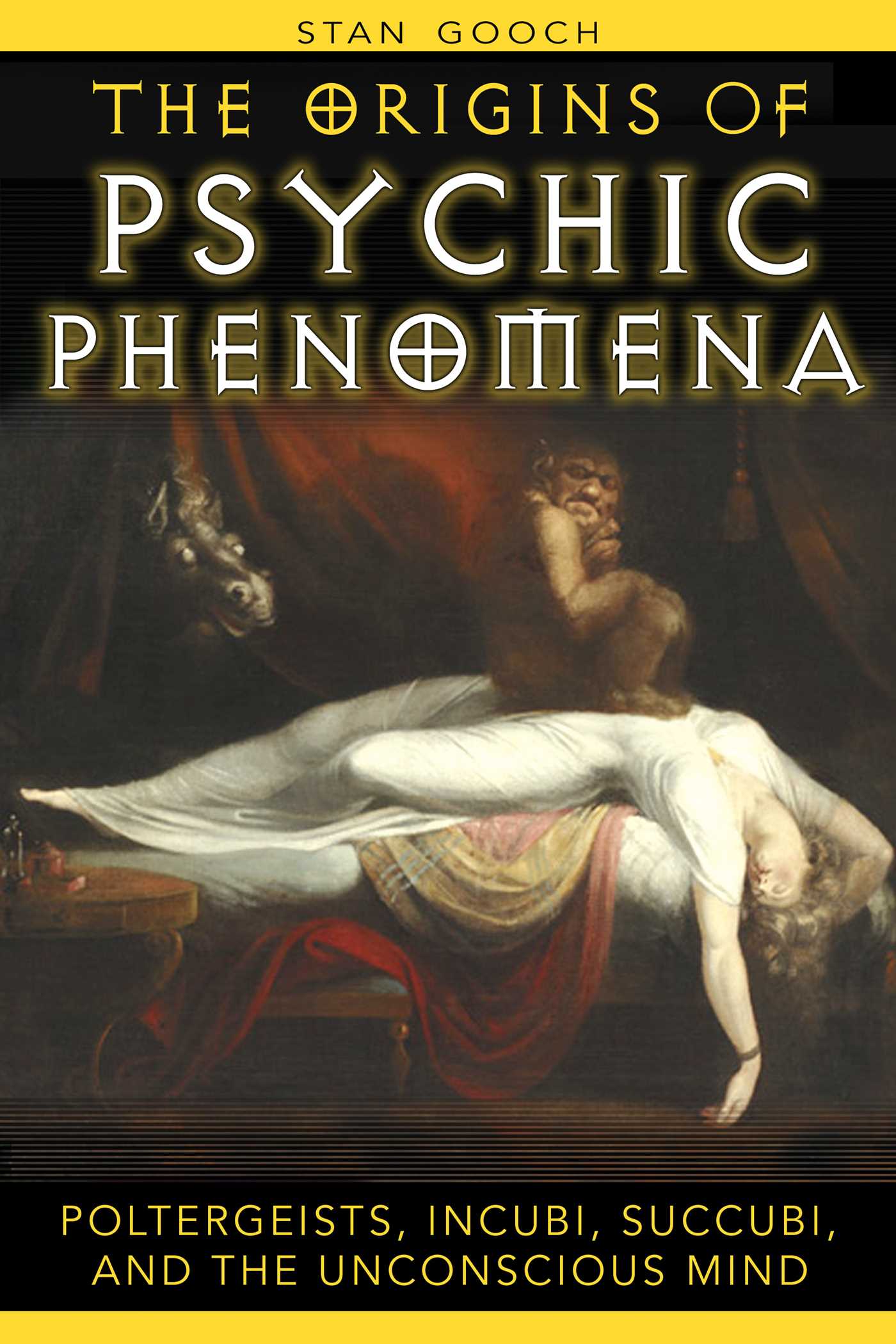 • Shows how the cerebellum--the seat of the unconscious--is the source of these energies, subpersonalities, and manifestations

Alien abduction, poltergeist attacks, incubi, succubi, split and multiple personalities, possessions, precognition, spontaneous combustion--the list of phenomena not just unexplained but ignored by mainstream science seems endless. Yet the key to the origin of all these manifestations lies deep within our own brains.

In The Origins of Psychic Phenomena, Stan Gooch explores the functioning of the dream-producing part of the brain--the cerebellum--and how the unconscious mind is able to externalize itself. The cerebellum is the physical seat of the unconscious and was once equal to or even superior to the cerebrum as essential to our functioning. In modern times it has been shunted into the subliminal, yet the cerebellum continues to process our worldly experiences and reveals its concerns in misunderstood, often frightening, manifestations. Gooch explains that Neanderthal Man possessed a much larger cerebellum than Cro-Magnon Man and posits that the modern repression of the cerebellum’s role in our consciousness has given rise to these supernatural phenomena.

The hero of this book is a former police detective sergeant, now a bus driver. His testimony determined me to write it. He wrote to tell me that he was being visited nocturnally by various incubi and a succubus. A succubus is defined by the Oxford Dictionary as a female demon who makes love to men during the hours of darkness. An incubus is a demon who bears down upon people during their sleep, choking and suffocating them, but who also performs the sex act with women.

The significant point about his letter, the synchronistic point perhaps, was that I myself had recently begun receiving visits from a succubus.

Then, only a short time later, a well-known actress wrote to me asking for help. When I visited her she told me she had recently been attacked at night by an entity, an experience which had left her, apart from fearful, with a mouthful of dried blood. Two very interesting facts to emerge about her are that she is left-handed and has an extra nipple. These, of course, are the traditional marks of the medieval witch.

Other material came rapidly to hand. The film The Entity, for example, is based on an actual case reported by a psychiatrist. Here a woman was raped on several occasions by an entity or force, which left her with severe bruising and a damaged mind. In Italy, in 1982, a Scottish girl, Carol Compton, was denounced and tried as a witch. Objects are said to have moved in her presence without being touched, and in particular she was accused of starting three fires paranormally, when she herself was not physically present, in a child’s bedroom.

The question of paranormal fire leads on to a recent case of what is called spontaneous human combustion. According to a Chicago police report, a woman burst spontaneously into flames while walking down a city street, in full view of many witnesses. Incidentally, the bizarre and so far inexplicable occurrence of human beings bursting into flames, in which the flesh of the victim is totally consumed while adjacent objects and sometimes even the victim’s clothing remain unharmed, is one that otherwise skeptical scientists accept as factual. They have to. How can they reject the findings of coroners’ inquests?

The surge of paranormal visitations described in this book is perhaps remarkable for its occurrence at a time when orthodox science has never been stronger, when Western academic opinion in general has never been more ready to pour scorn on what it considers to be the superstitious hysteria of fools. Yet, as this book shows, a growing number of doctors, scientists, and psychiatrists around the world are quietly reporting on aspects of the phenomena under discussion. Increasingly, too, their reports are appearing in the orthodox medical and scientific press.

The investigation of the remarkable events of a succubus-incubus visitation--and of such other allied phenomena as poltergeist attacks--leads us in fact not into some cuckooland of human gullibility and credulity, but into a still more remarkable and altogether real area, the human unconscious mind. In the professional literature we find much relevant documentation not only from “historical” sources such as Sigmund Freud, C. G. Jung, and their associates, but from modern, practicing psychiatrists like Morton Schatzman, Mary Williams, Lorna Selfe, Hervey Cleckley, R. L. Moody, and many others. We find, for instance, a poltergeist-incubus attack occurring in a doctor’s consulting room, a woman whose hallucinations became visible to others, and cases of multiple personality where the alternative, displacing personae exhibit not simply psychological characteristics different from those of the “real” occupant of the body but also different brain waves and other nomic physiological responses. By no criteria whatsoever can we consider these alternative, usurping personae to be any less actual, any less genuine than the “normal” owner of consciousness--that is, than the “real” you who sits reading this book. So what, then, really is a human personality, and what are not so much the limits of its powers, as the full, unrealized extent of them? The answers to these questions prove to be far more daunting than any alleged world of spirits (the “explanation” usually put forward by occultists and paranormalists); they are so daunting, in fact, that the implications of the wholly authentic instances detailed here are currently totally excluded from “informed” modern Western consciousness. We shall as a passing exercise be documenting a deliberate (although perhaps not fully conscious) policy of total nondiscussion of these matters by mainstream Western academic psychology and psychiatry in particular and by Western science in general.

Is it the growing acceptance of supernormal phenomena by the public at large that is leading both to a renaissance of these dramatic events and, above all, to a willingness to stand up and be counted? Or is it the denial and repression by mainstream academic opinion of the forces involved (whatever they may prove to be) which increases the strength of those forces, so that what might otherwise be controlled and channeled bursts out in uncontrolled violence?

The point has certainly been reached where the phenomena in question must be made fully public. As the one-time detective sergeant put it: “This area doesn’t just need investigating. It needs a bloody great searchlight.”

I hope this book is his bloody great searchlight.
Stan Gooch

“The Origins of Psychic Phenomena is an interesting read no matter where you stand on belief in extraordinary phenomena. The field remains fraught with mysteries, especially those dealing with succubi and incubi.”

“I have long felt that Stan Gooch is one of the most brilliant paranormal investigators of the past century.”

– Colin Wilson, author of The Occult and The Outsider

“If you are looking to have a much better understanding of some of the most difficult and obscure areas of the human psyche and how the unconscious makes sense of the world we live in, then pick up a copy of Origins.”

". . . validates the reality of psychic phenomena, while at the same time affirming the depth of the individual psyche--the House of the Soul."

"If you are looking for something unusual about the origins of psychic phenomena, poltergeists, incubi, succubi, and the subject of the unconscious mind, then Stan Gooch's well-written book is for you."

". . . covers a wide variety of phenomena beyond those listed in the title. . . . excellent arguments and rationale."

" . . . will not only make us more receptive to these cerebellar communiques but also encourage us to derive benefit from them in the form of increased awareness, heightened intuition, and psychological equilibrium."