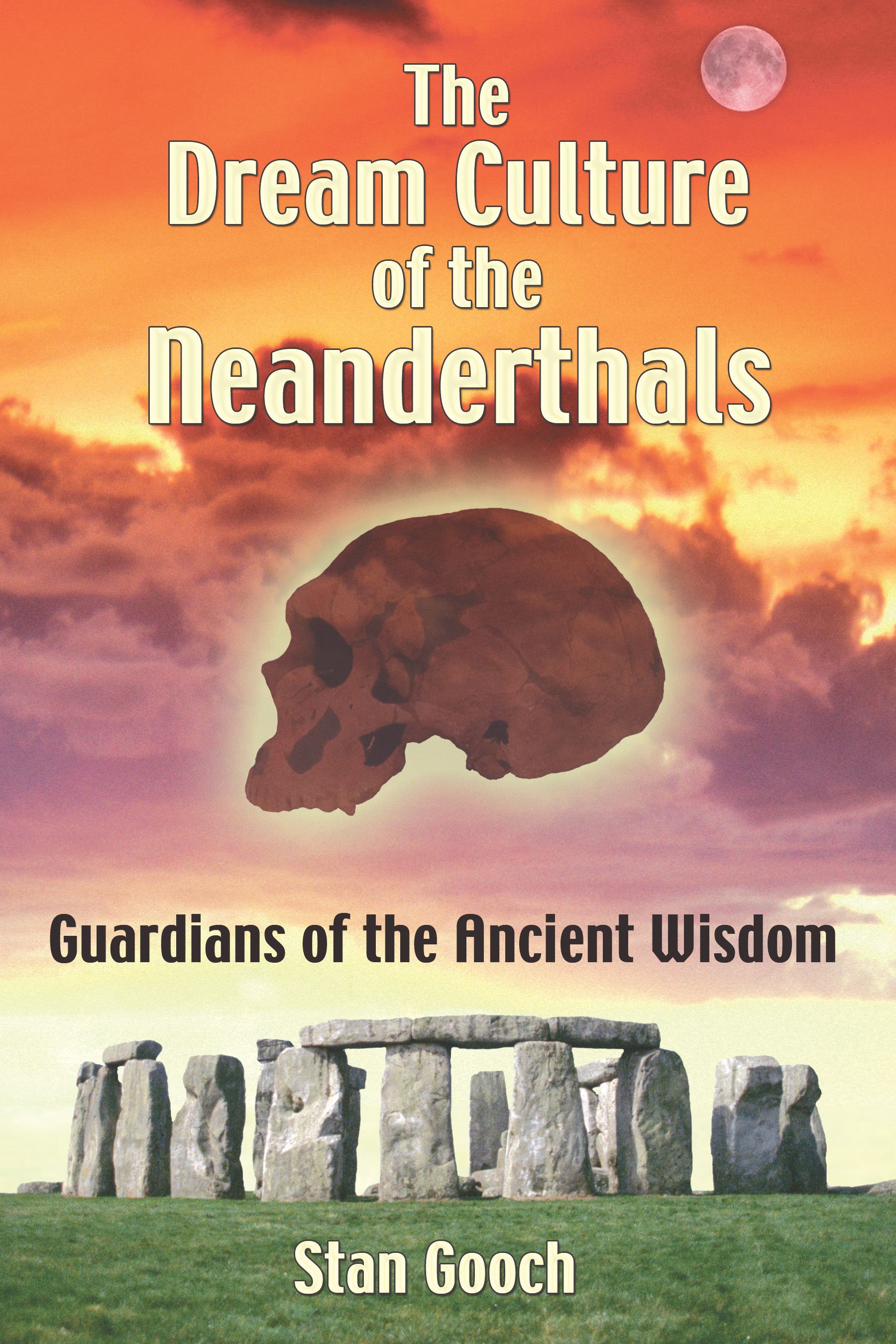 A number of long-standing beliefs and superstitions show how the ideas that dominated the lives of our ancestors still have a powerful influence on us today. The disturbing power attributed to the number thirteen, the positive influence of the number seven, and the comfort offered by the admonition “knock wood” all reveal the enduring presence of our most ancient ancestors: the Neanderthals. Contrary to current theories, Stan Gooch maintains that the Neanderthals were not destroyed by the younger Cro-Magnon culture but were incorporated into that culture through interbreeding. The blending of the disparate influences of the lunar, matriarchal-based Neanderthals and the solar, patriarchal Cro-Magnons may explain the contradictory impulses and influences that have generated human conflict for millennia. In fact, the author suggests that the caste system in India may have been constructed to utilize the strengths of both lunar and solar cultures and to minimize the conflict between the two.

There is evidence that direct descendents of the moon-worshipping, dream-­cultivating Neanderthal race are still living in Central Asia today. While their physical descendants may be almost extinct, the influence of Neanderthal wisdom remains strong and can be found not only in witchcraft lore and the Kabbalah, but in the formative tenets of the Knights Templar, the Rosicrucians, and even Christianity.

Certainly up to ten thousand years BP, the only “home” or refuge that the creative (particularly the creative-artistic) individual could find in human society was in the priesthood. The poet today is the descendant, both culturally and psychologically, of those ancient priests. Perhaps I should have stressed “psychologically,” because important though the cultural links are, it is the psychology of the poet/artist/visionary that is, as it has always been, the single most indispensable asset of human society. In case any scientist reading this feels left out--don’t. The visionary scientist and the visionary poet are one and the same. . . .

When Neanderthal and Cro-Magnon met and mingled to produce ourselves, modern man, I believe each side made a unique contribution. This was at one level a cultural cross-fertilization; but at a deeper level it was a genetic one. Neanderthal contributed our religious/intuitive genes and Cro-Magnon our scientific/logical endowment.

Now, as argued in earlier chapters, this mingling worked very well up to a point, creating a well-endowed and vigorous hybrid. But this was also an unstable hybrid, with the union of the opposing natures by no means entirely complete or carried through in all respects. Where an individual is highly endowed in respect of both ancestries, however, and where he or she cannot cope with the tendency of the two to tear themselves apart, we have what we term a genius or the true visionary.

Many of us, all too many, fail to unite the two sides of our dual nature. And especially in individuals where the two endowments are unequally matched in the first place, we end with the man or woman who is “just a priest” or “just a scientist.” This individual spends much of his or her time overindulging and glorifying the one aspect, while denying the other.

Among the true visionaries (what Robert Graves calls the true poet and what we can with equal justice call the true scientist), we have Goethe, Jung, Blake, Schiller, Einstein, Schopenhauer, Nietzsche, da Vinci--as well as poets like Dylan Thomas, W. B. Yeats, Wordsworth, and so on. Among these I would also place Graves, himself, and Peter Redgrove.

As I said earlier, in the ancient past and to a considerable extent even in recent historical times, the gifted individual took refuge in the priesthood. We have plenty of evidence that many of the “priests” were full, two-sided human beings. For it was they, after all, who masterminded the building and aligning of the megaliths, the pyramids, and temple/observatories of Europe and the Middle East. These were mathematically accurate and astronomically sound. They were (as well as being the homes of poetic inspiration, earth magic, and medicine) scientific laboratories. We have already indicated the scientific contributions made by these laboratories (in chapter 8 and elsewhere).

As late as the nineteenth century, a monk, Mendel, discovered the laws of genetics by observing the plants in the abbey garden, some thirty-five years before they were discovered by the scientific establishment.

Peter Redgrove read Natural Sciences at Cambridge (where he obtained his place by Open Scholarship). Prior to this he had had extensive treatment for schizophrenia. Breakdown and severe mental stress are, sadly, only too often part of the legacy of genius--as in the cases of Jung, van Gogh, Nietzsche, Einstein, Goethe, Beethoven, and so on. When he survives the disintegrative experience, the gifted individual is often able to build the insights obtained into his adult creativity. (My comment here is not to be interpreted as a recommendation for undergoing mental illness--a thoroughly irresponsible suggestion made if not by R. D. Laing himself at any rate by many of his disciples.)

As scientist Redgrove’s credentials are more than adequate. As poet and novelist he is quite outstanding. A majority of critics and other poets consider him one of our most important living artists. (This is a judgment the reader can easily verify for him or herself--and I suggest they begin by reading Redgrove’s novel In the Country of the Skin. But we are here concerned with Redgrove as priest-poet, as a living present-day representative of the priest-visionaries of ancient times.

Given that we can show individuals living and creating at this moment as once allegedly did the mystical priests of former times, then we have yet another powerful argument in favor of the real existence of those perhaps otherwise only hypothetical individuals. . . .

I have proposed that the intuitive mind and the logical mind function in the following respective ways. The function of the intuitive mind is to convert information into experience. The function of the logical mind is to convert experience into information. In the whole person these processes will take place simultaneously--or more precisely, with constant oscillation between the two, as a kind of alternating current.

Peter Redgrove expresses the same idea in a different way. He states that the data of science are experienced as poetry by creative scientists; while the data of poetry are experienced by the creative poet as science. Science, of course, means knowledge. Redgrove considers it symptomatic of the schizoid thinking of our modern society that it separates the disciplines of poetry and science by dwelling on the differences between them instead of the likenesses. Redgrove insists that the insights of science (as opposed to the grim plodding through the experimental verification of the insight subsequently) are arrived at by the same mental machinery or set that brings the images of poetry.

Interestingly the words “artist” and “poet” are in some languages the same word as “person”--in Java, Polynesia, and elsewhere. In English “whole,” “holy,” and “healthy” are all the same word. This situation again tells us that the true poetic vision--and the true scientific vision--can only be achieved by the whole person using his total mental equipment and not just isolated aspects of it.
Stan Gooch

“Stan Gooch is a brilliant, bold, and original thinker.”

– Robert Temple, author of The Sirius Mystery and Oracles of the Dead

"Readers will find this a welcome and enjoyable reading challenge, a book to savor for its historical points, possibilities, and truths. Gooch has written an in-depth look at an important subject."