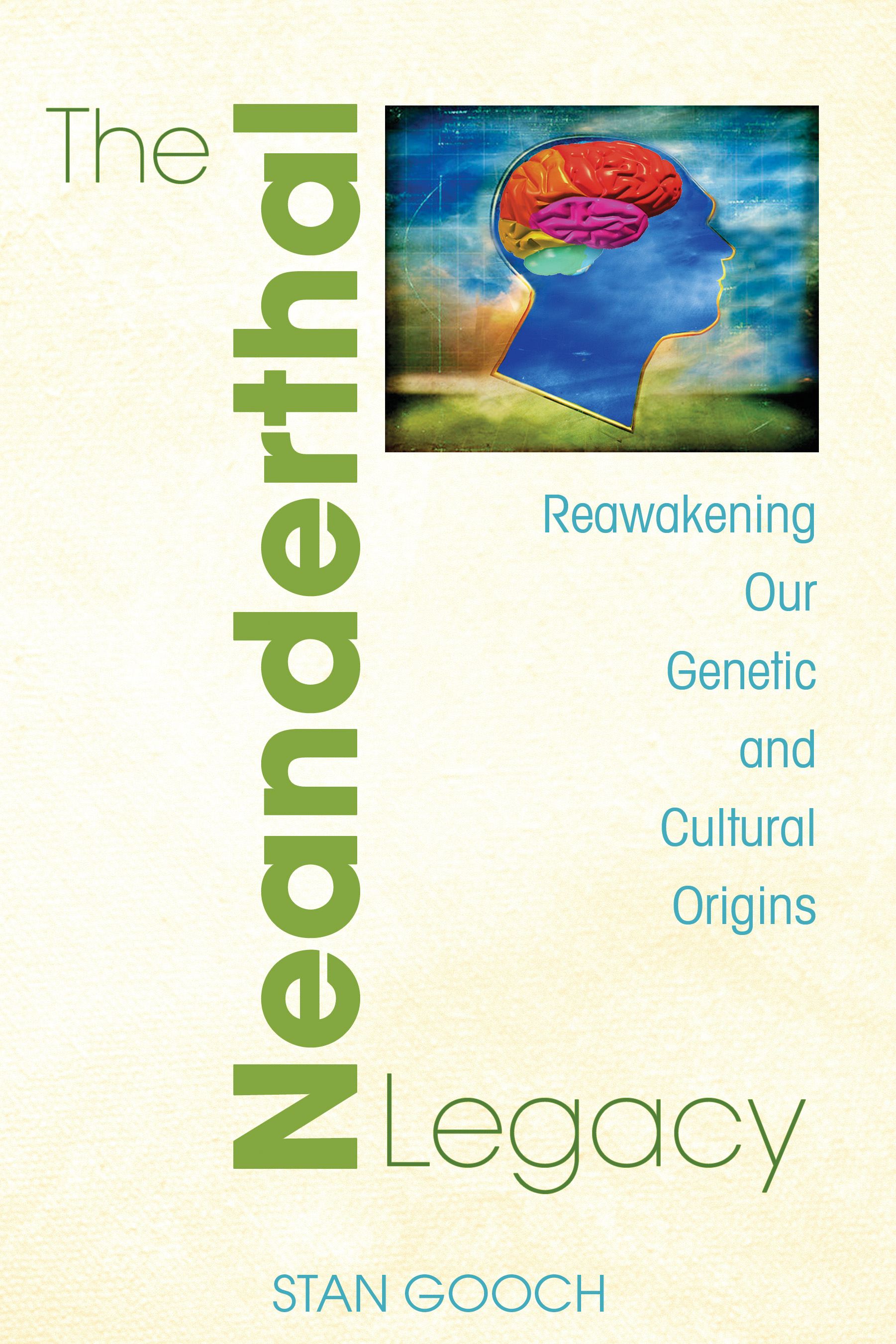 Reawakening Our Genetic and Cultural Origins

By Stan Gooch
LIST PRICE $14.95
PRICE MAY VARY BY RETAILER

In The Neanderthal Legacy, eminent psychologist and paranormal researcher Stan Gooch brings together the wide-ranging investigative strands of his lifetime of study of the human brain. One of the world’s leading experts on the influence of Neanderthal Man on the cultural and biological development of humanity, Gooch contends that the Neanderthals’ enlarged cerebellum was a source of deep connection with the psychic and dream worlds, which remains extant in modern man in paranormal phenomena that conventional science cannot explain.

Gooch offers new scientific evidence of the crossbreeding between Neanderthals and Cro-Magnons that is responsible for the dichotomous nature of our feelings, thoughts, impressions, beliefs, and even our cultural mores and politics. The “hybrid vigor” produced by this mating has gifted modern man with abilities and sensibilities that the scientific establishment and conventional educational system entirely ignore. The author explores the legacy of our Neanderthal ancestors in an effort to awaken their virtues and qualities, which are so needed in our modern world.

WE HAVE ALL NOTICED how difficult and awkward it is for a lefthanded individual to use our normal handwriting, which crosses the page from left to right. But in five major languages--Chinese, Japanese, Hebrew, Arabic, and ancient Egyptian--writing crosses from right to left, which is of course the natural movement for a left-handed individual.
Go on, pick up a Japanese book today. The back cover is the front cover! The first page is the last page. It’s all back to front--as far as we right-handers are concerned.
So, sir/madame, how did this situation arise? Why would these cultures write from right to left, in a world that is very predominantly right-handed and in which actual left-handedness is hated, despised, and punished--as we shall soon see--throughout all history and all cultures worldwide? I reiterate: Why should handwriting in these major cultures be so difficult and awkward for the very large majority of their population?
Has this situation never struck you as odd? Have you any explanation? (No, of course you haven’t.)
I do not myself have a provable answer to this riddle. But there is certainly a very likely explanation. This being that left-handed Neanderthals had already in fact produced the first form of handwriting (not necessarily letters as such, but stylized shapes, patterns, hieroglyphs), which, nevertheless, recorded events, conveyed instructions and messages just like the Egyptian hieroglyphs--at that time when Neanderthal and Cro-Magnon first met up. Cro-Magnon at that point had not discovered or invented writing and so took over the idea from Neanderthal in the form (i.e., right to left) Neanderthal had produced it.
If the idea of Neanderthals producing a form of handwriting sounds wild, we do have a very clear indication that Neanderthals could use rows of stones set out on the ground as an abacus to calculate, for instance, star cycles. Because the Tamils did precisely this in early historical times. And of course our present abacus appears among the Chinese, Japanese, Incas, and elsewhere--yet another example of so many parallel cultural phenomena found worldwide (which, as we shall see, could only have come from one once central source).
But let’s just emphasize the main point in question once again. Hebrew, Arabic, ancient Egyptian, Chinese, and Japanese writing is from right to left. And as it happens these ethnic groups (among others) have clearly more physical Neanderthal characteristics than shown by Europeans--for instance, the sloping forehead, the prognathous mouth, the recessive chin, and the short height.
We turn now to etymology.
In all languages of the world, the word for right produces a host of positive derivatives. But the word for left produces none. Moreover, the word for left itself means something derogatory and is further vilified in a series of derogatory epithets.
So in English deriving from the same root as the word right we have: correct, direct, rectitude, erect, erection, rector, rectify, regal, royal, regime, regiment, forthright, upright, and rights. Also from the Greek word for right, deks, we get dextrous, dignify, decent, decree, doctrine, and decorum. From the French droit we get adroit.
But, as already said, the root for left produces no derivatives whatsoever. Instead we have a host of contemptuous epithets: cack-handed, wacky, bollock-handed, molly-handed (that’s “soft-handed”), coochy, southpaw, and cowpaw.
Actual left in Anglo-Saxon (lyft) means weak, worthless, womanish. Italian mancino means dubious and dishonest. Latin sinister means the same as our own word sinister. French gauche means “awkward.” In Indonesia, left means ignorant and foolish. Japanese hiddarimaki means “mad.” In various African languages left means hated/unclean and weak/stupid. And so on . . . throughout the whole world.
Left-handedness itself was (we really should say is) actually punished and persecuted throughout the world. In many tribes the left hand of a left-handed child was tied to the body--and sometimes actually mutilated--to prevent its use.
Incredibly, but in fact (and why is this so, sir/madame, why?), the Chinese and Japanese today report zero left-handedness in their populations. All their left-handed citizens are still “corrected” (i.e., “righted”). But in 1976, E. L. Teng and colleagues conducted a survey in which they asked adult Chinese whether they remembered being “corrected” in their early life. And 18 percent reported yes. And these same individuals--just to emphasize that no fantasy is involved here--still used their left hand for minor and not readily noticed tasks.
So actual left-handedness in China is in fact double that reported in Europe! And just in case you think that Europeans can reprimand or criticize Asians, Italy--yes, Italy--still today also reports zero lefthandedness.
We have to ask again--where has this universal hatred and fear of left-handedness come from? Orthodoxy of course has no answer whatsoever to this question.
(And in case you are wondering if left-handed people are in some way underachievers or pathetic in any sense, here are just a few names of actual left-handed individuals: Beethoven, Michelangelo, Leonardo da Vinci, Goeth, Nietzsche, Cicero, Tiberius, Lewis Carrol, Charlie Chaplin, Judy Garland, Paul McCartney, Cole Porter, John MacEnroe, and Babe Ruth.)
We must here make a very, very important point. There is no question whatsoever of any kind of instinctive or biological reaction on our part to left-handedness. None whatsoever.
You can test this matter for yourself. While waiting in a line with a friend, casually ask: “Was that chap who wrote the check left-handed or right-handed?” You will get a blank look from your friend: “I don’t know.”
So let me ask you personally. You’ve seen the individuals concerned many, many times on television: “Is President Bill Clinton left-handed or right-handed? President Reagan? President Bush (George W. Bush’s father)?”
You don’t know. In fact all three are left-handed.
The treatment of left-handed people and the attitudes toward lefthandedness we are examining are not in any way instinctive--they are purely and totally sociopolitical.
Stan Gooch

" . . . this idea goes against the grain of academic orthodoxy on the subject. But the observations that led Gooch to his theory are factual, universal, and compelling. . . . Archaeological discoveries have slowly accumulated to prove Gooch right again. . . . read Stan Gooch, whatever you do."

"The dichotomies seen in our thoughts, feelings, and even politics (e.g., left vs right) are founded in our hybrid genetics, says Gooch. He urges us to embrace our diametrically opposed genetic traits if we want to live in harmony."

Reawakening Our Genetic and Cultural Origins

By Stan Gooch
LIST PRICE $14.95
PRICE MAY VARY BY RETAILER