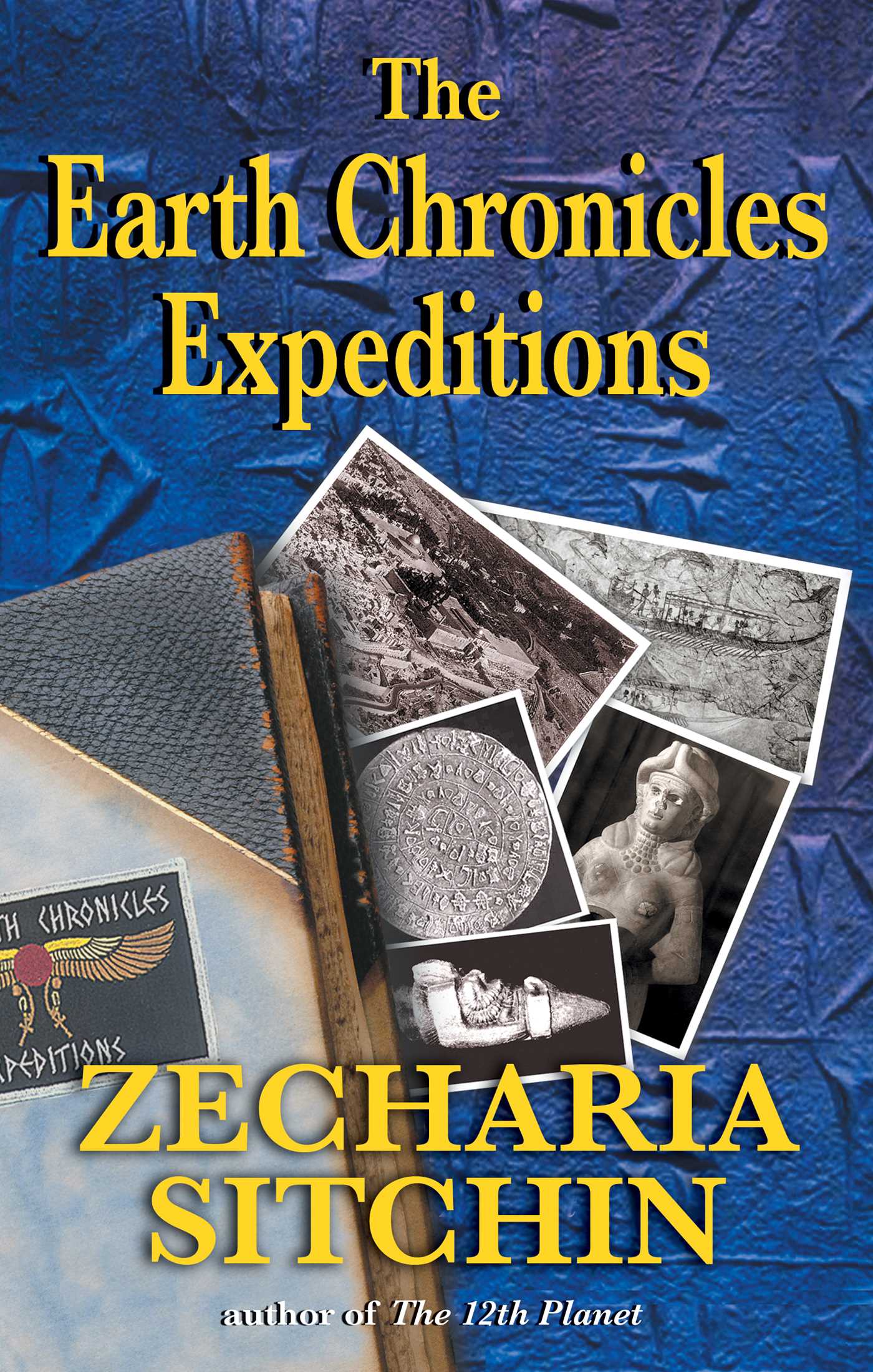 In this autobiographical book, the internationally acclaimed author Zecharia Sitchin reveals the foundational research and the adventurous expeditions that resulted in his writing the bestselling The Earth Chronicles series. Ranging from Mayan temples in Mexico to hidden artifacts in Istanbul, Turkey, from biblical tunnels in Jerusalem to the mysteries of Mt. Sinai, from the abode of a Sumerian goddess to Greek islands, the Expeditions’ destinations and amazing discoveries unmasked established fallacies, detected the fate of mysterious artifacts, and revealed ancient connections to modern space facilities.

For the first time, Sitchin shares with the reader not only his encompassing knowledge of antiquity and his field experiences, but also the concrete evidence for his conclusions that ancient myths were recollections of factual events, that the gods of ancient peoples were visitors to Earth from another planet, and that we are not alone in our own solar system. Accompanied by photographs from his personal archive, here is Sitchin’s own story and his inner feelings about the cord that binds him to his ancestral past.

The Elephant and The Astronaut

In 1869, farmers in Mexico made an unusual discovery. The embarrassment that it caused evidently continues to this day, and may play a part in the suppression of artifacts that suggest a link between the development of civilization in Mesoamerica and the involvement of extraterrestrials. My tale of it includes two museum visits, a missing elephant, and a “leap of faith” by an American astronaut.

The ruins and remains of Mexico’s pre-Colombian civilizations enchant, intrigue, and fascinate. One aspect of them is also embarrassing to some Mexicans--the oldest and earliest relics, from a people referred to as the Olmecs. These relics are an embarrassing enigma because they challenge scholars and prideful nationalists to explain how people from Africa could have come to the New World not hundreds but thousands of years before Columbus, and how they could have developed, seemingly overnight, the Mother Civilization of Mesoamerica. To acknowledge the Olmecs and their civilization as the Mother Civilization of Mesoamerica means acknowledging that they preceded that of the Mayans and Aztecs, whose heritage the Spaniards tried to eradicate and Mexicans today are proud of.

As archaeological discovery followed archaeological discovery, it became evident that the “Olmecs” first settled on the Gulf coast of Mexico, spreading inland and in time reaching Mexico’s Pacific coast. More than twenty Olmec sites have been uncovered, some bearing by now famous names such as La Venta, Tres Zapotes, San Lorenzo, Cerro de la Piedras. I have gone with my expedition groups to the most significant Olmec sites. The first time I went on my own (accompanied only by my grandson Salo) it was to see the major Olmec finds from La Venta which had been transferred to the city of Villahermosa and set up there in a park-museum to protect them from damage by oil drillers.

The colossal stone heads were the prime attraction, and their size can be judged by photographs of me standing next to some of them. But size was not the only or most impressive aspect; what impressed me most was the artistry and craftsmanship of these sculptures. And not just the heads--throughout the park-museum there were placed great slabs of stone whose faces were carved with the most complex details--some showing Olmec parents holding their children, or showing them with elaborate headgear. It seemed certain to me that in some if not most instances, the headgear and tools held by the depicted Olmecs were associated with mining.

The archaeological discoveries left no doubt that the Olmecs built complex urban centers--some, as at La Venta, with pyramidical structures of great size and with astronomical alignments. The Olmecs engaged in mining, attained high levels of art, introduced hieroglyphic writing to Mesoamerica, and were also the first in Mesoamerica to have a calendar. They were, in other words, both the first and the Mother Civilization in Mesoamerica.

The enigma of the Olmecs presented a double puzzle: How did black Africans cross the Atlantic Ocean long before Columbus? And how long ago did it happen?

Nationalistic archaeologists dealt with the Olmec enigma at first by suggesting the least-oldest date for their origin: 250 B.C., which would put them into a latecomers category. But as one Olmec site after another was dug up, the date kept shifting back to 500 B.C., then even 1250 B.C. Since my own date for the arrival of the Olmecs in Mesoamerica (a date coupled with an explanation of the circumstances of their arrival) was 3100 B.C., I was pleased to read in the official guidebook of the La Venta Park Museum a slight concession. It dated the Olmecs’ first settlement on the coast of the Gulf of Mexico to “between 1350 and 1250 B.C.,” and elsewhere in the guidebook to an even earlier time, conceding “the appearance of the first civilization of Mesoamerica a little under 4,000 years ago.”

But the older the Olmec civilization became, the more the problem became one of national pride. Unable to deny the existence of the Olmecs and also their antiquity, Mexican anthropologists began to assert that the very notion of Africans crossing the Atlantic millennia of years ago was baseless and that the so-called “Olmecs” were indigenous people--Mesoamericans whose features happened to have a resemblance to Africans.

Such an inventive way to explain the enigma of Olmec origins is clearly expressed in the official catalogue of the best museum in Mexico dedicated to the Olmecs, the Anthropological Museum of the University of Veracruz in Jalapa (sometimes spelled Xalapa). The introduction, written by a noted Mexican scholar, states in regard to the persons depicted in the Olmec sculptures that “in spite of the general similarity of features--flat noses with flaring nostrils and thickened lips (leading some to falsely claim an African origin for the Olmecs),” they were indigenous people and not strangers from across the seas.

And such statements that the suggestion of African origins for the Olmecs is a false claim, bring me to The Case of the Missing Elephant.

Jalapa, a gem of a town situated in the cooler mountains about two hours’ drive from the hot and humid Veracruz (where Hérnan Cortez landed in 1519), now boasts a new museum that is second only in excellence to the National Museum of Anthropology in Mexico City. But unlike Mexico City’s museum which displays artifacts from all over the country, the one in Jalapa exhibits only locally discovered artifacts--predominantly Olmec ones.

The museum dramatically and effectively displays, in an innovative setting, a wealth of artifacts from the Olmec period, including several colossal stone heads. One of them is displayed right at the entrance, which serves as an inviting spot to take one’s picture; other stone heads are displayed among trees and greenery in open courtyards, placing them in a more natural surrounding.

"Looking at our past through the eyes of an eminent Biblical scholar and superb linguist in ancient languages will have a profound effect on some of your most cherished beliefs and who you are and where you came from."