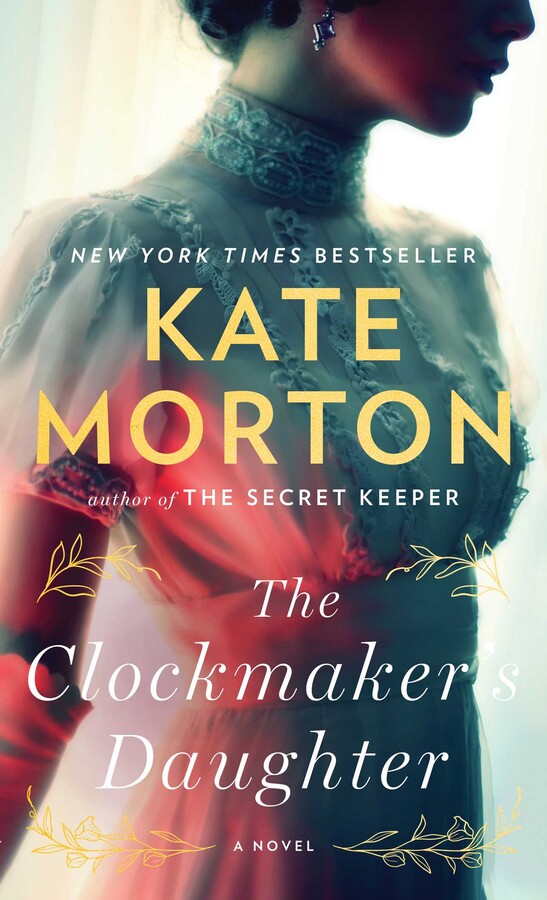 By Kate Morton
LIST PRICE $12.99
PRICE MAY VARY BY RETAILER

“An ambitious, compelling historical mystery with a fabulous cast of characters…Kate Morton at her very best.” —Kristin Hannah

In the depths of a 19th-century winter, a little girl is abandoned on the streets of Victorian London. She grows up to become in turn a thief, an artist’s muse, and a lover. In the summer of 1862, shortly after her eighteenth birthday, she travels with a group of artists to a beautiful house on a bend of the Upper Thames. Tensions simmer and one hot afternoon a gunshot rings out. A woman is killed, another disappears, and the truth of what happened slips through the cracks of time. It is not until over a century later, when another young woman is drawn to Birchwood Manor, that its secrets are finally revealed.

Told by multiple voices across time, this is an intricately layered, richly atmospheric novel about art and passion, forgiveness and loss, that shows us that sometimes the way forward is through the past.

This reading group guide for The Clockmaker’s Daughter includes an introduction, discussion questions, and ideas for enhancing your book club. The suggested questions are intended to help your reading group find new and interesting angles and topics for your discussion. We hope that these ideas will enrich your conversation and increase your enjoyment of the book.

In the summer of 1862, a group of young artists led by Edward Radcliffe descends upon Birchwood Manor on the banks of the Upper Thames. Their plan: to spend a secluded summer month in a haze of inspiration and creativity. But by the time their stay is over, one woman has been shot dead while another has disappeared; a priceless heirloom is missing; and Edward Radcliffe’s life is in ruins.

More than one hundred and fifty years later, Elodie Winslow, a young archivist in London, uncovers a leather satchel containing two seemingly unrelated items: a sepia photograph of an arresting-looking woman in Victorian clothing, and an artist’s sketchbook containing the drawing of a twin-gabled house on the bend of a river.

Why does Birchwood Manor feel so familiar to Elodie? And who is the beautiful woman in the photograph?

1. The Clockmaker’s Daughter begins with the assertion that “We came to Birchwood Manor because Edward said that it was haunted. It wasn’t. Not then.” (p. 3) Who is narrating this passage? How does it create a sense of mystery surrounding Birchwood Manor? What are your initial impressions of the ground and house at Birchwood Manor?

2. Birdie describes Lily Millington as “her salvation.” (p. 99) How does Lily help Birdie adjust to life at Mrs. Mack’s? What survival skills does Lily teach Birdie? How else does Lily impact Birdie’s life and legacy?

3. Birchwood Manor feels like another character in the book. Edward writes “it has called to me for a long time, you see, for my new house and I are not strangers.” (p. 210) Discuss the connection that Edward feels to the house. What other characters feel a strong connection? Have you ever felt an attachment to a house where you’ve lived or visited?

4. Why do you think Kate Morton chose to title her novel The Clockmaker’s Daughter? Who is she? How does her story tie the other plotlines in the novel together? Did you find any of the connections surprising?

6. Describe Elodie’s relationship with Alastair. She “had been flattered when [he] asked her to marry him.” (p. 24) Explain this statement. Why do you think that Elodie says yes to Alastair’s proposal? When does Elodie begin to realize they’re not well suited?

7. Why do you think that Pale Joe shows Birdie kindness? Describe their friendship. What does each offer the other? Were you surprised to realize who Pale Joe is? Why do you think Birdie is willing to share her nickname with Pale Joe?

8. Storytelling is a central theme in the novel. When Elodie asks her father about the bedtime story from her childhood, he tells her that he thought it might be too scary for a child but that Lauren, Elodie’s mother, felt that “childhood was a frightening time and that hearing scary stories was a way of feeling less alone.” (p. 20) Do you agree with Lauren? What other purposes does storytelling serve? How does Kate Morton connect the characters within The Clockmaker’s Daughter?

9. Penelope suggests that Elodie walk down the aisle at her wedding accompanied by a video of her mother, Lauren Adler, playing the cello. Why do you think that Penelope makes the suggestion? What does Pippa think? Do you agree with her? Why or why not? Were you surprised by Elodie’s final decision with regard to the videos? Explain your answer.

10. Elodie handles the archives of James Stratton. Who is he and why are his archives significant? Were you surprised to learn of his connection to Birchwood Manor? Based on James’s romantic history, “[i]t seemed to Elodie almost as if he’d set our purposely to choose women who wouldn’t—or couldn’t—make him happy.” (p. 16) Do you agree? Why do you think that James chose the partners that he did?

11. According to Birdie, Fanny “has become a tragic heroine, impossible though that is for one who knew her in life to believe.” (p. 131) What did you think of Fanny? Describe her relationship with Edward. Compare his relationships with Fanny and Birdie. How is Edward different when he is with Birdie?

12. What did you think of Mrs. Mack? What kind of activities does she require Birdie to take part in to earn her keep? Why do you think that Mrs. Mack takes pains to remind Birdie that her mother had been a proper lady? Do you think she takes good care of Birdie?

13. When Ada learns that she is going to be staying at Miss Radcliffe’s School for Young Ladies, the narrator writes “School. Young ladies. Welcome. Ada liked words—she collected them—but those four hit her like bricks.” (p. 159) What do you think of Ada’s school and how her parents told her that she would be attending?

14. “Ada’s parents had left her at Miss Radcliffe’s School for Young Ladies in the misguided expectation that she would be magically transformed into a proper English schoolgirl.” (p. 164) Do you agree that this is the mission of Miss Radcliffe’s school? Does she achieve it? Explain your answer.

15. What did you think of Jack? How does his life intersect with Elodie? What do they discover together? How does their chance encounter affect their lives?

1. When Tip and Elodie discuss her impending wedding, Tip asks about Alastair, telling her, “It’s important to pick someone who can make you laugh.” (p. 89) Discuss Tip’s advice with your book club. What traits do you think are important in a romantic partner? What advice would you give to Elodie as her wedding approaches?

2. Many of the characters receive meaningful gifts in The Clockmaker’s Daughter. Edward gives Birdie a clock and Elodie receives a hand-crafted trinket box from her great-uncle Tip. Discuss why these gifts are so meaningful to each of the women. Have you ever received any gifts that were particularly significant to you? Describe them to your book club taking the time to explain why they were so important.

3. As an eighteen-year-old student at Oxford, Leonard discovers Modern Art, a discovery that “transformed rapidly into a passion.” (p. 211) Leonard is stirred by Marcel Duchamp’s Nude Descending a Staircase, No. 2 and Picasso’s Les Demoiselles d’Avignon. View these paintings and discuss them with your book club. Why do you think Leonard finds them so inspiring? What did you think of the paintings?

4. When Ada asks Shashi to tell her a story during the daytime, she expects Shashi to say “no” because “Ada knew the rules. The best storytellers only ever spoke by dark.” (p. 153) Do you agree with Ada? What do you think makes for a good storyteller? Are there any stories you remember from your childhood?

5. To learn more about Kate Morton, visit her official site at KateMorton.com, read about her other books, and find out when she will be in a city near you.

1854 Edward Radcliffe, fourteen years old, is sent to stay with his grand- parents in Wiltshire for the summer. Intending to raise a ghost, one dark night he instead discovers Birchwood Manor.

1862 The founding members of the Magenta Brotherhood travel from London to Birchwood to spend a summer month at Edward Radcliffe’s house.

1862 Frances Brown is murdered in a robbery at Birchwood Manor. An- other woman disappears.

1883 Miss Radcliffe’s School for Young Ladies opens for business in the village of Birchwood.

1928 Lucy Radcliffe donates Birchwood Manor to the Art Historians’ Association for use as a Residential Scholarship for students.

1928 Leonard Gilbert, a doctoral student at Oxford University, is awarded a three-month Residential Scholarship to live at Birchwood Manor.

1928 Alan and Juliet Wright, newlyweds, spend their honeymoon at the Swan, a public house in the village of Birchwood.

1940 Evacuated from London, Juliet Wright and her three children take up residence at Birchwood Manor during the Second World War.

1980 The Art Historians’ Association receives a bequest enabling it to begin converting Birchwood Manor into a museum.

2017 Jack Rolands, a former policeman, travels from Australia to Birch- wood Manor, having been engaged to search for something that has been lost.

2017 Elodie Winslow, an archivist with Stratton, Cadwell & Co. in London, arrives at Birchwood Manor seeking to determine the provenance of an old sketch of the house 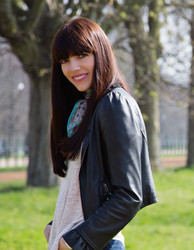 Kate Morton is the award-winning, New York Times bestselling author of The House at Riverton, The Forgotten Garden, The Distant Hours, The Secret Keeper, The Lake House, and The Clockmaker’s Daughter. Her books are published in 34 languages and have been #1 bestsellers worldwide. She is a native Australian, holds degrees in dramatic art and English literature. She lives with her family in London and Australia.

“The Clockmaker’s Daughter is an ambitious, complex, compelling historical mystery with a fabulous cast of characters. This is Kate Morton at her very best.”

"...the stories, brilliantly told by Morton, offer musings on art, betrayal, and the ways in which real lives and real places can evolve over time into the stuff of legends"

"[Morton's] most ambitious work yet...Morton proves once again that history is not a straight line but an intricate, infinite web"

"Morton does again what she’s done so well in international best sellers from The House at Riverton to The Lake House."

"Like the house itself, the novel contains hidden corners and unexpected twists...Fans of Morton's atmospheric novels will find much to enjoy here."

By Kate Morton
LIST PRICE $12.99
PRICE MAY VARY BY RETAILER