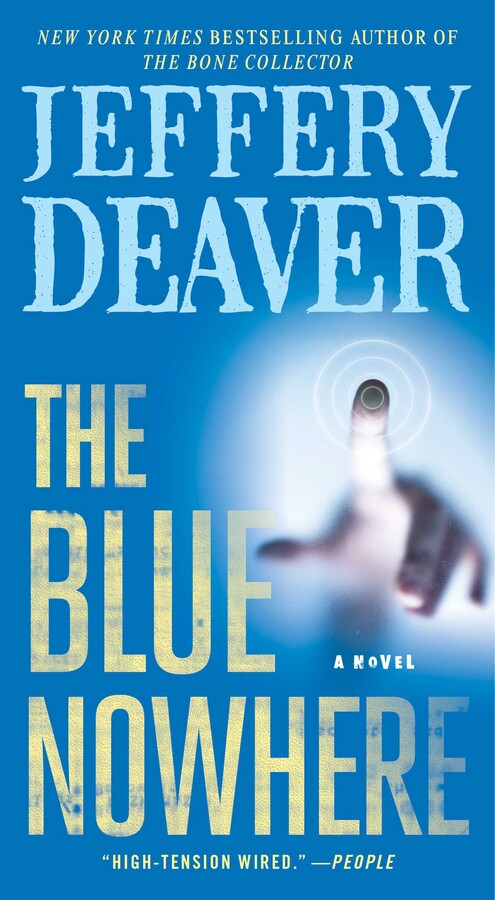 By Jeffery Deaver
LIST PRICE $7.99
PRICE MAY VARY BY RETAILER

His code name is Phate -- a sadistic computer hacker who infiltrates people's computers, invades their lives, and with chilling precision lures them to their deaths. To stop him, the authorities free imprisoned former hacker Wyatt Gillette to aid the investigation. Teamed with old-school homicide detective Frank Bishop, Gillette must combine their disparate talents to catch a brilliant and merciless killer.

Jeffery Deaver is the #1 internationally bestselling author of forty-four novels, three collections of short stories, and a nonfiction law book. His books are sold in 150 countries and translated into twenty-five languages. His first novel featuring Lincoln Rhyme, The Bone Collector, was made into a major motion picture starring Denzel Washington and Angelina Jolie and a hit television series on NBC. He’s received or been shortlisted for a number of awards around the world, including Novel of the Year by the International Thriller Writers and the Steel Dagger from the Crime Writers’ Association in the United Kingdom. In 2014, he was the recipient of three lifetime achievement awards. He has been named a Grand Master by Mystery Writers of America.

Entertainment Weekly The Blue Nowhere is that rare cyberthriller that doesn't make us want to log off in the middle.

San Francisco Chronicle Deaver packs The Blue Nowhere with enough twists and surprises that even the most alert reader will be gulled by the numerous red herrings and narrative decoys....He has the language of technology down cold, but thankfully, never goes over the reader's head. Think of a technical manual with intrigue, fights, chases, and double-crosses. And there's no need to reboot.

Kirkus Reviews Just when you thought it was safe to check your e-mail, psychokiller specialist Deaver shows just how malignant the human ghost in your machine can be.

The Boston Herald Grounded in expert knowledge about how computers actually operate....You won't learn how to break into the Pentagon. But you will get a sense of the allure of cyberspace.

Publishers Weekly How do you write a truly gripping thriller about people staring into computer screens? Many have tried, none have succeeded -- until now....As he twists suspense and tension to gigahertz levels, Deaver springs an astonishing number of surprises....His real triumph is to make the hacker world come alive in all its midnight, reality-cracking intensity. This novel is, in hacker lingo, "totally moby" -- the most exciting and most vivid fiction yet about the neverland hackers call 'The Blue Nowhere.'

The Deseret News (Salt Lake City) [A] clever thriller....Neatly conceived and well written. The characters are well developed and believable....[Deaver] builds suspense upon suspense, including odd twists and turns.

By Jeffery Deaver
LIST PRICE $7.99
PRICE MAY VARY BY RETAILER