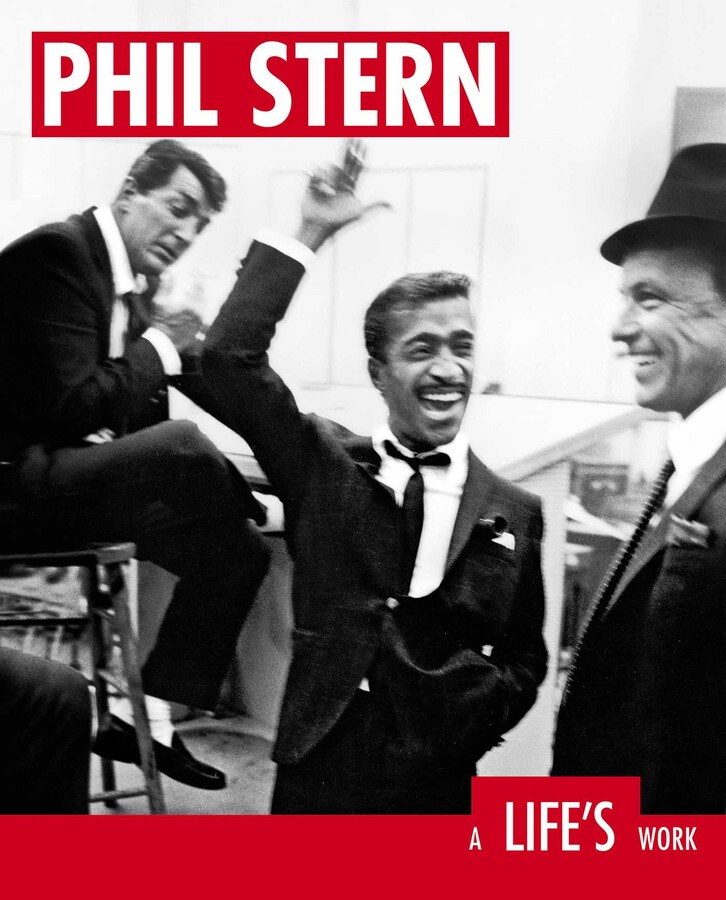 Drawn to the iconic figures and emblematic events of our age, celebrated photographer Phil Stern has documented World War II soldiers in combat in North Africa and Sicily, the luminous jazz legends of Verve Records, and Hollywood stars living the high life. Collected for the first time in this amazing tribute to Stern's long-standing legacy, Phil Stern: A Life's Work features never-before-seen photographs of the greatest figures and times of the American twentieth century.

Stern, who enlisted in the army on December 7, 1941, joined the ranks of "Darby's Rangers," a much-heralded fighting unit, as combat photographer. In North Africa documenting the harsh and brutal battles against General Rommel's forces, Stern was wounded. Awarded a Purple Heart for bravery, he was then reassigned to cover the invasion of Sicily for Stars and Stripes. Covering the homecoming of Darby's Rangers for Life, the assignments Stern shot for the magazine brought him into another intrinsically American experience: Hollywood. At the same time, Stern worked intermittently for jazz label legend Norman Granz, photographing album covers for the Verve, Pablo, and Reprise record labels.

PATRICIA BOSWORTH, a contributing editor at Vanity Fair, is an award-winning journalist and bestselling biographer and memoirist. Born in San Francisco and based in New York City, she is a graduate of Sarah Lawrence and a winner of the Front Page Award. Patricia has taught literary nonfiction at Columbia School of Journalism, where she was a Senior Fellow in the National Arts Journalism Program, and at Barnard College. A longtime board member of the Actors Studio, she ran the Playwrights-Directors Unit there. Her latest book, The Men in My Life: A Memoir of Love and Art in 1950s Manhattan, will be released in paperback by HarperCollins in January 2018. Her first memoir, Anything Your Little Heart Desires: An American Family Story, was about her family and the Hollywood Blacklist. She is also the author of biographies of Montgomery Clift, Marlon Brando, Jane Fonda, and the photographer Diane Arbus. Her Arbus biography inspired the 2006 film Fur, starring Nicole Kidman and Robert Downey Jr.