Phil Stern, born in 1919, began his photography career in 1937 in New York City, working days as a studio apprentice and nights as a photographer for the Police Gazette. He later joined Friday magazine and was sent to L.A., where he began photographing Hollywood stars and freelancing for Life, Look, and Colliers magazines. After his World War II stint as a combat photographer, Stern returned to L.A., where he worked as both a freelance photographer and a "special" on the set of over 100 feature films, including Some Like it Hot, West Side Story, and What Ever Happened to Baby Jane? In 2001, Stern donated his library of Hollywood images to the Academy of Motion Picture Arts and Sciences. The author of Phil Stern's Hollywood (Alfred A. Knopf, 1993), Stern lives in Los Angeles. Patricia Bosworth is a critically acclaimed biographer whose works include Marlon Brando (Viking, 2001), Diane Arbus (W.W. Norton, 1995), Montgomery Clift (Harcourt, 1978), as well as her memoir, Anything Your Little Heart Desires (Simon & Schuster, 1997). Bosworth lives and works in New York City. Nat Hentoff is a prolific author and journalist who has written numerous articles, essays, and books about politics, human rights, and his personal passion, jazz, in addition to his weekly column for The Village Voice. He now lives in New York City. Herbert Mitgang practiced law in New York until he enlisted in the Army and was assigned to the intelligence section in North Africa and Algeria, joining the main Army newspaper, Stars and Stripes, and earning six battle stars in the process. After the war, Mitgang joined the editorial board at The New York Times, initiating the "Op Ed" page and becoming their first publishing correspondent. He lives in New York City.

Get updates about Phil Stern and recommended reads from Simon & Schuster.
Plus, get a FREE eBOOK when you sign up! 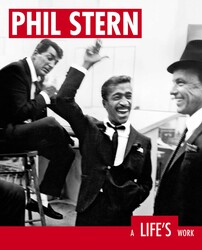