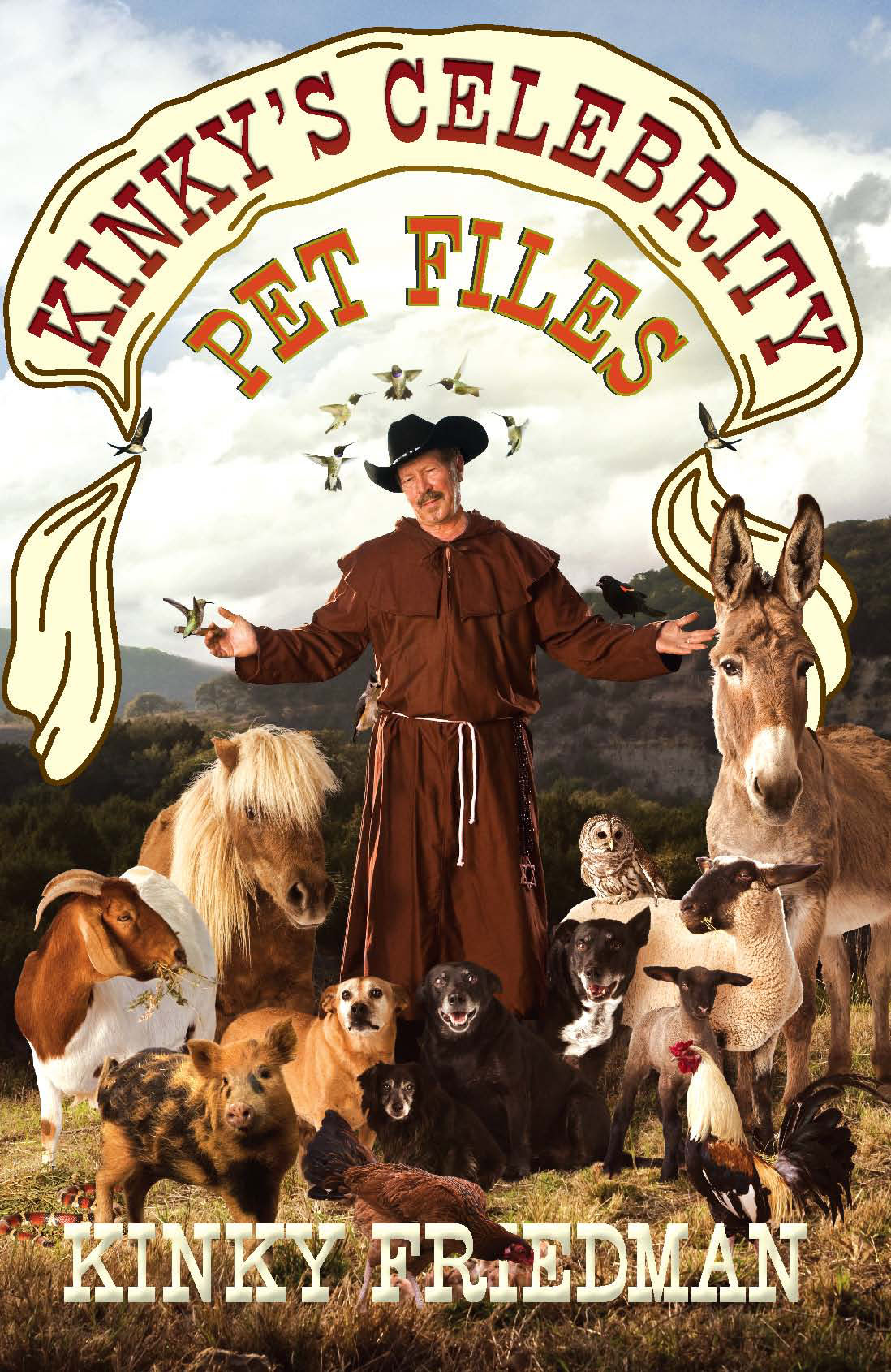 Kinky is a man who wears many hats -- not just a Stetson. Aside from being a politico, folksinger, and mystery author, he's also a longtime animal advocate and feels as passionately about his pets as he does about legislative reform. But rather than simply write about his own experiences, why shouldn't he include a few friends? Of course, Kinky's address book is unique, and he's taken full advantage. In his new collection, Kinky's Celebrity Pet Files, the Kinkster writes about his famous friends and their pets you've never met, each with a story as delightful and offbeat as the author himself.

Kinky has gathered together an eclectic and extraordinary group of talented celebrity pals to talk about the subject nearest and dearest to their hearts: their pets. With candid, personal photos of the stars and their beloved animals and insider stories to match, the book is like a party only Kinky could throw, and the results are both entertaining and endearing. It's not your average celebrity pet book, because Kinky's not your average celebrity. He's got musicians, like Johnny Cash and his pig, Brian Wilson with his dog, and Willie Nelson doing his best horse whisperer impersonation; actors and comedians ranging from Phyllis Diller with Miss Kitty to Richard Pryor on a pygmy pony; and a lineup of writers, politicians, and some heroes of the past -- Bill Clinton, Joseph Heller, and Mark Twain, to name a few.

Hilarious, oddball, heartwarming, and edgy all at once, Kinky's Celebrity Pet Files is a book for animal lovers, celebrity junkies, and anyone who just likes a good story. It's a little weird, it's completely charming, and it's 100 percent Kinky. 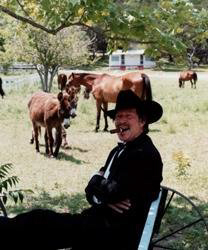 Kinky Friedman lives in a little green trailer somewhere in the hills of Texas. He has five dogs, one armadillo, and one Smith-Corona typewriter. By the time you are reading this, Mr. Friedman may either be celebrating becoming the next governor of Texas or he may have retired in a petulant snit.