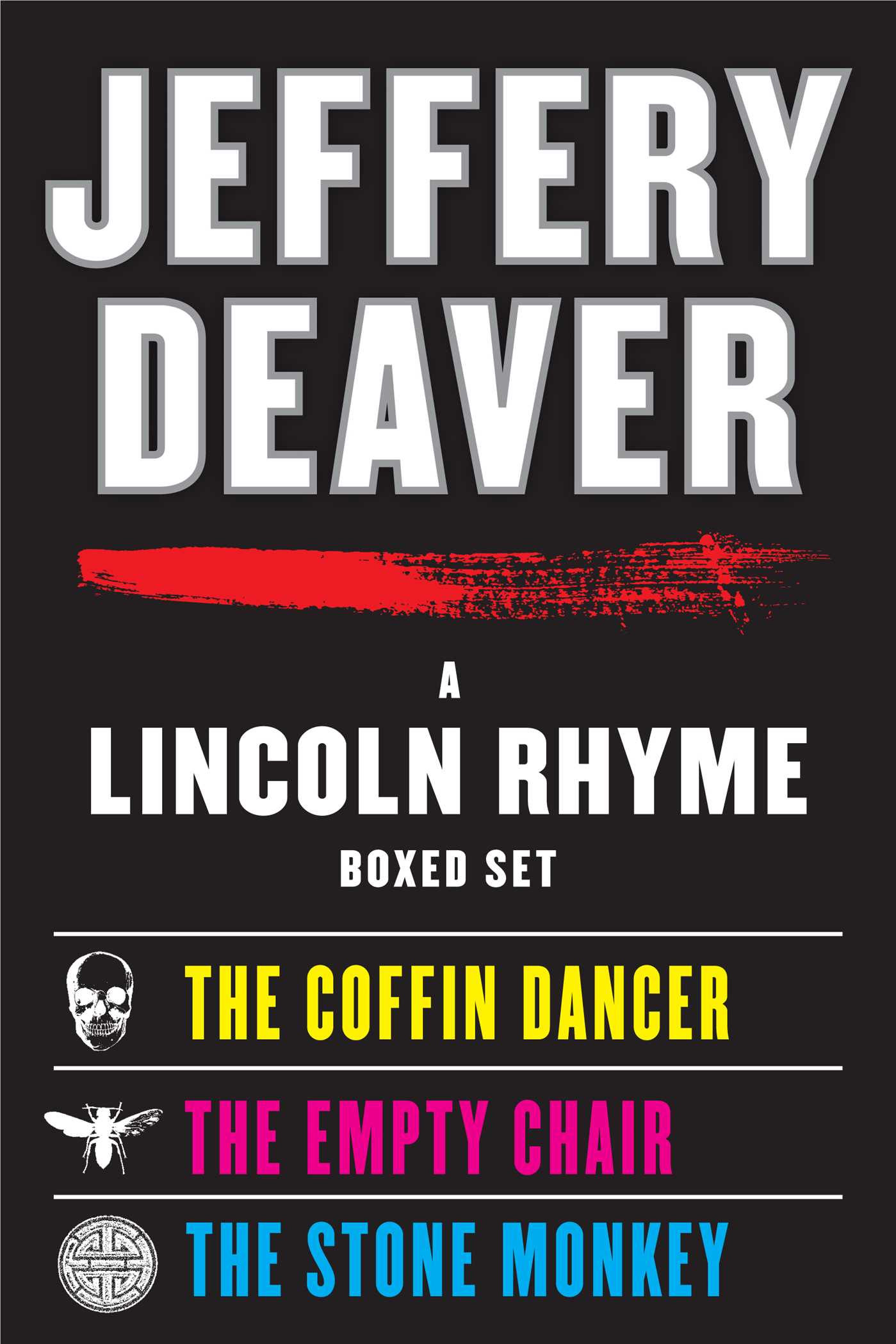 By Jeffery Deaver
LIST PRICE $23.99
PRICE MAY VARY BY RETAILER

Lincoln Rhyme is on the hunt for an elusive murderer known only as the Coffin Dancer, a brilliant hitman who changes his appearance even faster than he adds to his trail of victims. Only one victim has ever lived long enough to offer a clue to the killer’s identity: an eerie tattoo on his arm of the Grim Reaper waltzing with a woman in front of a casket. When the chameleonlike assassin targets three federal witnesses for death in forty-eight hours, Rhyme must use his protégée and partner, Detective Amelia Sachs, as his eyes, ears, and legs to track the cunning murderer through the subways, parks, and airports of New York City and stop him before he strikes again.

Desperate to improve his condition, Lincoln Rhyme travels to the University of North Carolina Medical Center for high-risk experimental surgery. When a local teen is murdered and two young women go missing in the sleepy Southern outpost of Tanner’s Corner, Rhyme and his partner, Amelia Sachs, are the town’s best chance to find the girls alive. The prime suspect is a strange teenaged truant known as the Insect Boy, so nicknamed for his disturbing obsession with bugs, and Rhyme agrees to find the boy while awaiting his operation. But even Rhyme can't anticipate that Sachs will disagree with his crime analysis, and that her vehemence will put her in the swampland, harboring the very suspect whom Rhyme considers a ruthless killer.

Recruited to help the FBI and the Immigration and Naturalization Service, Lincoln Rhyme and Amelia Sachs, manage to track down a cargo ship headed for New York City carrying two dozen illegal Chinese immigrants, as well as the notorious human smuggler and killer known as "the Ghost." But when the Ghost's capture goes disastrously wrong, Lincoln and Amelia find themselves in a race to track him down before he can find and murder the two surviving families from the ship, who have vanished into the labyrinth of New York City's Chinese community. As Rhyme struggles to locate the families, aided by a quirky policeman from mainland China, Sachs finds herself forming a connection with one of the immigrants that may affect her relationship with her partner and lover.

Jeffery Deaver is the #1 internationally bestselling author of forty-four novels, three collections of short stories, and a nonfiction law book. His books are sold in 150 countries and translated into twenty-five languages. His first novel featuring Lincoln Rhyme, The Bone Collector, was made into a major motion picture starring Denzel Washington and Angelina Jolie and a hit television series on NBC. He’s received or been shortlisted for a number of awards around the world, including Novel of the Year by the International Thriller Writers and the Steel Dagger from the Crime Writers’ Association in the United Kingdom. In 2014, he was the recipient of three lifetime achievement awards. He has been named a Grand Master by Mystery Writers of America.

By Jeffery Deaver
LIST PRICE $23.99
PRICE MAY VARY BY RETAILER