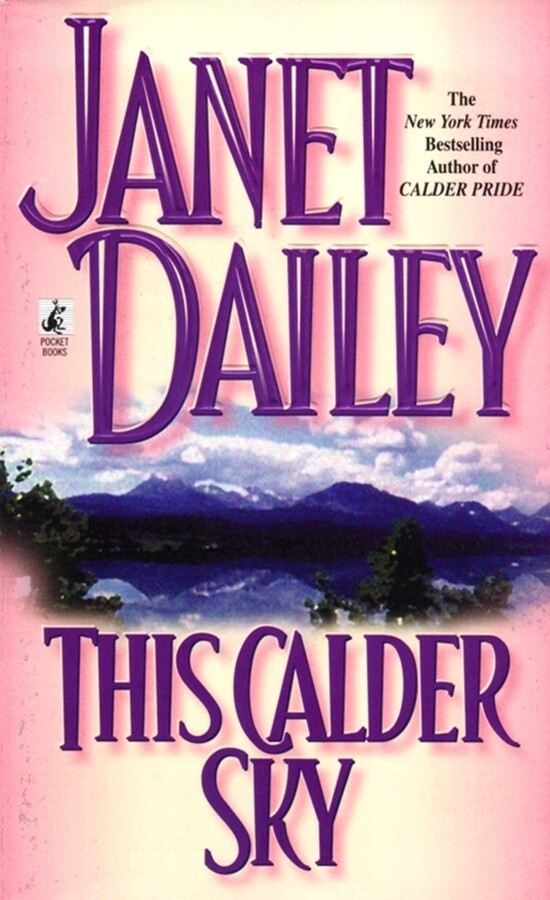 By Janet Dailey
LIST PRICE $9.99
PRICE MAY VARY BY RETAILER

The great Calder empire stretched across the Montana plains as far as the eye could see. Everyone knew a Calder's word was law and that one day Chase Calder would carry the family name to new glories. But for handsome, arrogant Chase Calder there was also beautiful Maggie O'Rourke, who came to him in innocence and stirred in him a deep, insistent longing. But Maggie was determined to be free from the harsh codes of hard men. And even Chase Calder's strong arms couldn't keep her. Still, in them both burned the raw passion of the land...where even the greatest love must fight to live beneath This Calder Sky.

From the far side of the herd, Chase watched the motley trio of riders approach. Nate Moore had already passed the old man's orders around, so he knew one of the three riders was female. Buck let his horse sidle closer to Chase.
"How do you tell which one's the girl?" Buck's low voice was riddled with biting mockery.
"It must be the small one." Chase let a smile drift across his face. "She's supposed to be the youngest."
"She's young, all right," Buck agreed dryly. "I like my women with a little more age on 'em and more meat on their bones. Crenshaw was telling me this morning that Jake Loman has him a new blonde 'niece' working in his bar."
"That right?" Chase murmured, aware, as everyone was, that Jake's "nieces" were prostitutes. "That man does have a big family, doesn't he?"
Buck grinned. "When this roundup is over, you and me are going to have to check her out. She might know some new tricks of the trade."
"Another week of looking at these cattle, and I'll be satisfied if all the new girl knows is the old tricks," Chase replied and turned his horse to head off an errant cow, succeeding in changing its mind about leaving the herd.
By then, Buck had returned to his former position several yards ahead of Chase. And there was no purpose in trying to resume that particular conversation. The O'Rourke family worked the herd to cut out their strays, while Chase and the other riders kept the cattle loosely bunched. 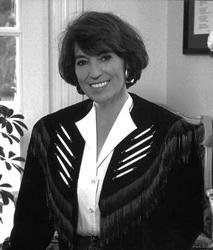 Janet Dailey (1944–2013) published her first book in 1976. During her lifetime, she wrote more than 100 novels and became one of the top-selling female authors in the world, with 300 million copies of her books sold in nineteen languages in ninety-eight countries. She is known for her strong, decisive characters, her extraordinary ability to recreate a time and a place, and her unerring courage to confront important, controversial issues in her stories. You can learn more about Janet at JanetDailey.com.

By Janet Dailey
LIST PRICE $9.99
PRICE MAY VARY BY RETAILER