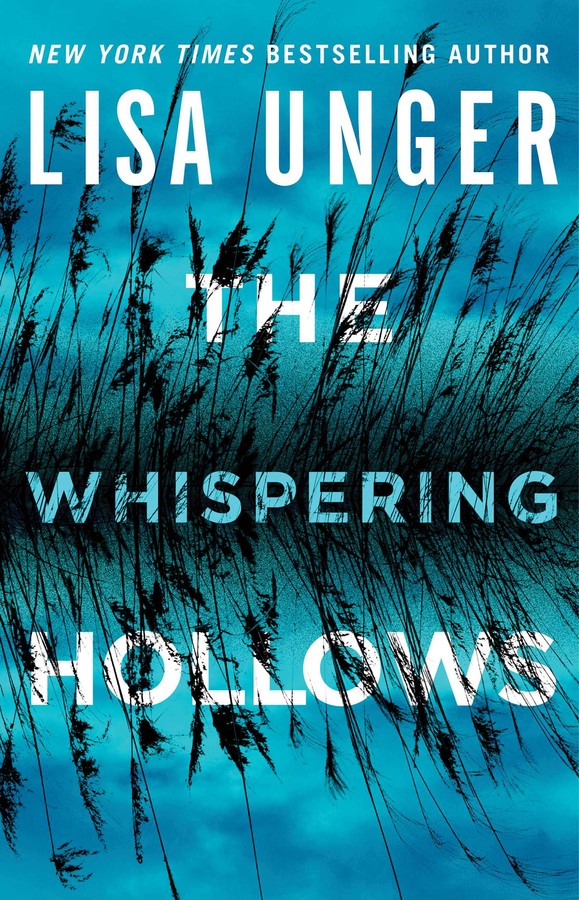 Part of The Whispers Series
By Lisa Unger
LIST PRICE $6.99
PRICE MAY VARY BY RETAILER

For the first time New York Times bestselling author Lisa Unger delivers her three spellbinding short stories featuring reluctant psychic Eloise Montgomery together as one novella: The Whispers, The Burning Girl, and The Three Sisters, along with a new introduction to The Hollows and an excerpt from her upcoming thriller, Ink and Bone—Unger’s chilling story that highlights why The Washington Post hailed her writing as “brisk, crafty, and fascinating.”

Part One: The Whispers

On an ordinary day in The Hollows, a terrible accident claims the lives of Eloise Montgomery’s husband and oldest daughter and leaves Eloise in a coma. While recovering, she experiences her first psychic vision. Struggling to understand her frightening new abilities, Eloise is torn between helping her grief-stricken younger daughter move on and the work she feels compelled to do now—heed the tortured whispers of lost women and girls calling for her.

Ten years on, Eloise is a renowned working psychic who has resigned herself to her role in The Hollows and to “The Work.” She’s discovering some disturbing things—secrets about her genealogy and the dark history of The Hollows, and that her granddaughter, nine-year-old Finley, has her own powerful gifts. Most disturbing of all, Eloise realizes that not all of the whispering voices are calling for help. Some of them are looking for trouble.

When Finley, now nineteen, comes to live with Eloise, Eloise’s abilities transform. Her load is somehow lighter, and rather than chasing down people she needs, they are coming to her. She teams up with a detective to help a desperate father bring his daughter’s killer to justice. Meanwhile, Finley has bigger problems than she’s willing to admit. Can Eloise help her see the difference between justice and revenge—and the dark truth that nothing stays buried in The Hollows?

The Whispering Hollows
WELCOME TO THE HOLLOWS

When I first started writing about The Hollows, I didn’t think very much of it. It was the fictional setting for my 2010 novel Fragile, nestled someplace “up North.” It was near New York City geographically, but far from it in every other way. I envisioned it as a smallish town, the kind of place where “everyone knows everyone”—or thinks they do. It was a semi-rural, semi-suburban dot on the map with a long history, similar in some ways to the town in New Jersey where I grew up. But it wasn’t that place. Not at all.

During the writing of Fragile, The Hollows started to assert itself. It wasn’t content to be just a backdrop. Originally, I thought that the kind of story I was telling, one about small-town people with big secrets, could have been told anywhere. But much in the same way characters reveal themselves little by little as a story progresses, so it was with The Hollows. It had a personality, an agenda. It didn’t like secrets; it seemed to encourage paths to cross. And it was home to a psychic named Eloise Montgomery. It wasn’t the backdrop to a story, after all; The Hollows was a character.

Sometimes I meet a character as I’m writing and he or she stays with me long after I finish a manuscript. I find myself thinking about that person even after the story has ended, entertaining a parade of questions and wonderings. I want to know more about her journey—what happens next? Or what happened before to make him so . . . strange, stubborn, twisted? So it was with The Hollows. Even after it was time for me to leave, I found I couldn’t go.

I couldn’t stop thinking about the strange little upstate New York burg, about Eloise Montgomery, and about Jones Cooper, the cop turned PI who reluctantly becomes Eloise’s sometimes partner. So I kept writing about them, next in Darkness, My Old Friend. Then in In the Blood and Crazy Love You. Though it’s not a series, exactly, those books are chain-linked by place and by people.

When I had a chance to explore Eloise in a series of short stories, I jumped at it. What evolved were three parts of what I now see as a novella, all collected here in this edition for the first time. The first, “The Whispers,” starts before the story of Fragile begins. The second, “The Burning Girl,” comes right before Crazy Love You. And the last, “The Three Sisters,” introduces Eloise’s granddaughter Finley Montgomery, who has her own book, Ink and Bone, soon to be published. I’m not sure why the story of The Hollows revealed itself to me this way—through novels and short stories, each separate and yet still somehow woven around each other. But who am I to argue? I’m just the writer.

I recently spoke to a book group who had read Crazy Love You together. During this conversation, The Hollows came up as it often does in book discussions, and a longtime reader said, “To me, The Hollows is a symbol of the Universe. My question is, does The Hollows act more upon the characters or do the characters more influence The Hollows?”

This question touches on not only the question of what The Hollows is but also, in some sense, how I see life. The Hollows has an endless number of shades and layers, and it shows various parts of itself to everyone. It’s something unique for everyone who visits. And each novel that takes place there is its own special universe. The Hollows, like life, is someplace different for Jones Cooper than it is for Eloise Montgomery than it is for Ian Paine in Crazy Love You.

All these characters see what they want to see in the place, and they all take away a distinctive experience. Jones, who is a very practical, feet-on-the-ground type of guy, views The Hollows as he would view any other place. It’s the town where he grew up, where he has always been known as first the local sports star and heartthrob, then later as the town cop. Even when The Hollows conspires audaciously to reveal his secrets, he never sees it as anything else but the town where he has lived all his life and will most likely not leave.

Someone like Ian Paine—troubled, addicted, sensitive—is having another experience yet again. Not as grounded as Jones, and yet not as in touch as Eloise, his relationship with The Hollows is a struggle. He fights to get away. And The Hollows fights back.

On the other hand, Eloise sees—and hears—a totally other layer, something beyond the buildings and trees. The Hollows talks to her. She hears voices that she thinks of as the Whispers, a chorus of all the secrets, pains, joys, hopes and sorrows of the people connected to The Hollows. She, too, has her place there, and will likely not leave. But, unlike Jones and Ian, she doesn’t imagine she has a choice in the matter.

So it’s Eloise, then, who is the most canny tour guide to The Hollows. She listens; she doesn’t judge. She doesn’t fight. She has learned the hardest lesson of life: that we do what we can with our various abilities and, when we’ve exhausted our resources, we seek to let go. So it makes sense that she is the one to shine the way through this novella.

Like life, The Hollows is exactly what you expect it to be, exactly what you put into it—and yet there are many elements that are totally out of your control. So that’s the long answer to my reader’s question. The short answer is: both. The people who dwell in The Hollows act upon it, as much as it impacts them, each in their own special way.

The parts of this novella were originally published as three separate e-original short stories. But they really belong together like this, a kind of triptych spanning thirty years in the life of Eloise Montgomery and her extraordinary journey. As you follow Eloise through the winding passages of this story and into the one that follows them, Ink and Bone (due out in hardcover June 2016), I hope you’ll enjoy your journey, too. Welcome to The Hollows. 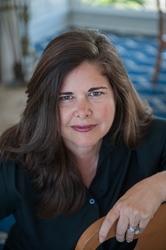 Lisa Unger is an award-winning New York Times and internationally bestselling author. Her novels have sold more than two million copies and have been translated into twenty-six languages. She lives in Florida. Visit LisaUnger.com.

Part of The Whispers Series
By Lisa Unger
LIST PRICE $6.99
PRICE MAY VARY BY RETAILER