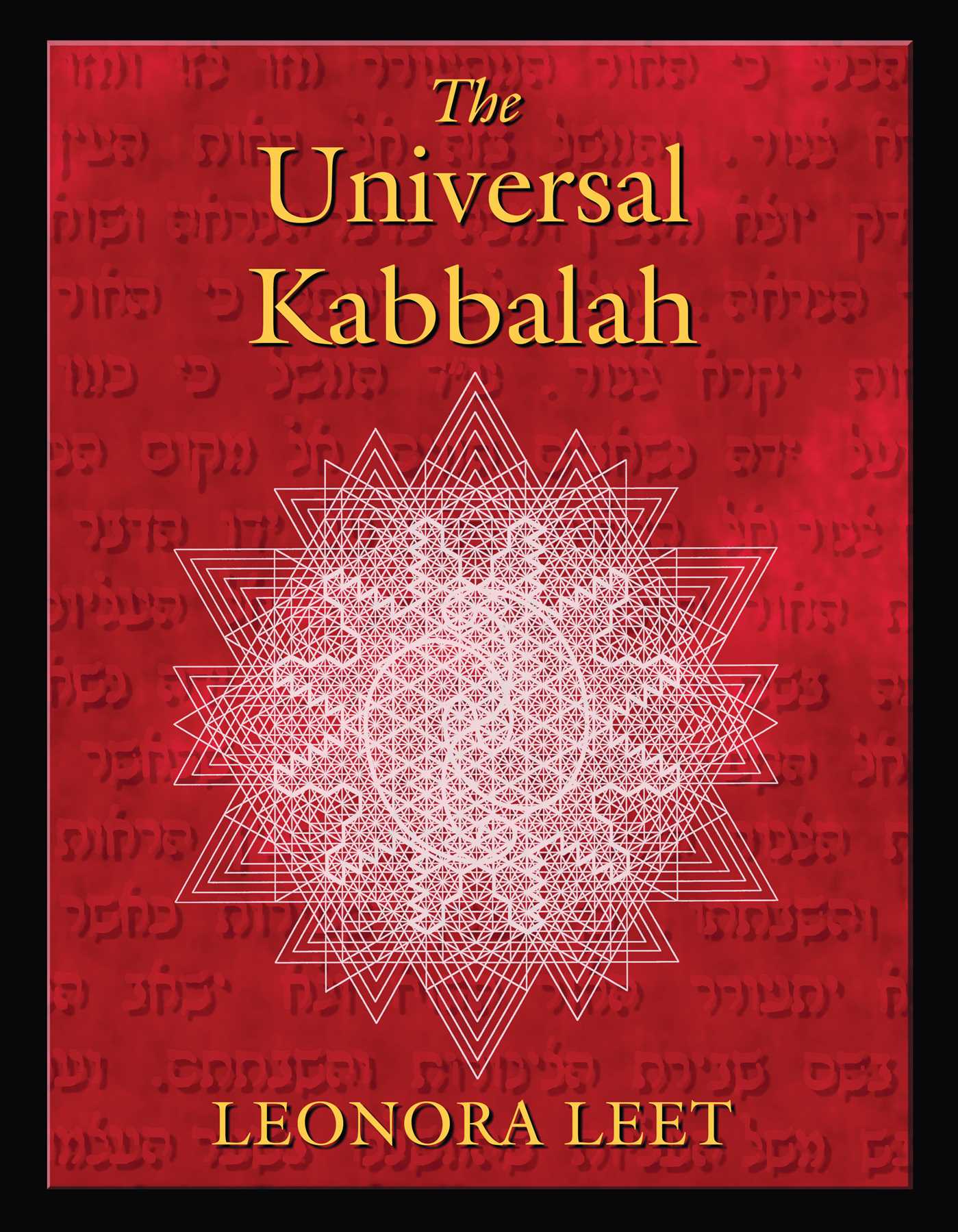 By Leonora Leet
LIST PRICE $32.99
PRICE MAY VARY BY RETAILER

• Reveals the mathematical code of the laws of all cosmic manifestation

This landmark work by an innovative modern Kabbalist develops a scientific model for kabbalistic cosmology and soul psychology derived from the kabbalistic diagram of the Tree of Life and the author's own Sabbath Star diagram--a configuration of seven Star of David hexagrams. This geometric model begins with the four worlds of the classical Kabbalah, which bring us to the present time and birthright level of the soul, and is then expanded to three higher enclosing worlds or levels of evolving consciousness. The Sabbath Star diagram therefore accommodates both the emanationist cosmology of the earlier Zoharic Kabbalah and the future orientation of the later Kabbalah of Isaac Luria. The hexagram elements that construct each expansion of the Sabbath Star diagram configure the cosmic stages of each of its “worlds.” The matrix that is produced by these construction elements configures the level of the multi-dimensional soul that is correlated with each cosmic world. In its final stage, this model unites the finite and infinite halves of the Sabbatical world in a way that exemplifies the secret doctrine of the Kabbalah.

Not only does this work offer a new, inclusive model for the Kabbalah but it also provides a basis for complexity theory, with its final extrapolation to infinity. The universality of this model is further shown by its applicability to such other domains as physics, sociology, linguistics, and human history. This universal model encodes the laws of all cosmic manifestation in terms that are particularly coherent with the formulations of the Kabbalah, giving a mathematical basis to many aspects of this mystical tradition and providing a new synthesis of science and spirituality for our time that may well write a new chapter to the Kabbalah.

Chapter One: The Star and the Tree

Hebraic and Pythagorean Sacred Science
At the heart of most sacred traditions lies a holy diagram in which the knowing can read a record of cosmological history, the ritual use of such forms of illumination attesting to the understanding, long before Kepler, that "God forever geometrizes." In the Zohar, the central work of the Jewish mystical tradition broadly designated as the Kabbalah, allusion is made at the very beginning to a diagram underlying all creation, a diagram whose existence in the supernal thought is said to have been first disclosed through the direct revelation of Elijah:

This mystery remained sealed until one day, whilst I was on the sea-shore, Elijah came and said to me. . . ."Master, the Holy One, blessed be He, had a deep secret which He at length revealed at the celestial Academy. It is this. When the most mysterious wished to reveal Himself, He first produced a single point which was transmuted into a thought, and in this He executed innumerable designs, and engraved innumerable gravings. He further graved within the sacred and mystic lamp a mystic and most holy design, which was a wondrous edifice issuing from the midst of thought. This . . . was the beginning of the edifice, existent and non-existent, deep-buried, unknowable by name. . . . And upon this secret the world is built.

The fact that the name of this "most holy design" is said to be "unknowable" suggests that it is not the famous Tree of Life Diagram, a detailed geometric design that forms the basis of most later kabbalistic thought and that would already have been known by the author or final redactor of the Zohar in thirteenth century Spain. It is just such a more hidden diagram that is the subject of this work, one that was discovered through the key of the Tree of Life Diagram and that, because it features a unique configuration of seven hexagrams, or Stars of David, has been named the Sabbath Star Diagram.

In its form and derivation, it serves to combine the two major geometric expressions of the Kabbalah, the Star of David and the Tree of Life Diagram, the star and the tree, whose symbolic association spans the millennia from the cartouche proclaiming the Pharaoh to be King of Lower Egypt to the decorative motifs identified with the Christmas celebration, an association that seems to express the universal spiritual understanding that all that grows on earth is fertilized from above. Initially constructed from the mysterious arrangement of hexagrams required to explain the geometric derivation of the Tree of Life Diagram, this underlying cosmological construction not only provides a geometric demonstration of the principles of kabbalistic cosmology but a geometric model applicable both to kabbalistic concepts of the soul and modern scientific theories, a model that lends support to the esoteric belief that matter and spirit are homologous structures of a coherent cosmos.

Unlike the seemingly arbitrary arrangement of the Tree of Life Diagram, the Sabbath Star Diagram becomes a self-generating geometric construction following its own discoverable laws of expansion. Whatever may be the source of the Tree of Life Diagram, it can, in fact, be argued that its purpose was not only to model the esoteric cosmology identified with the Kabbalah but to serve as an initiatic key to unlocking this more complex but also more intelligible geometric construction, one whose geometric processes appear to encode with uncanny precision the archetypal principles of cosmic development.

Whether or not the Tree of Life Diagram has ever been previously used to unlock this more hidden diagram, it enabled me to discover both the geometric laws of its construction and the methodology appropriate to interpret its implications.

For the Tree of Life Diagram is not simply an arrangement of various circles and the lines connecting them; its parts are named and their spatial relationships given an associative mythological interpretation. Thus the kabbalistic geometry of the Tree is distinguished by its quasi-talmudic approach to geometric form as something very much like a literary "text," one whose meanings must be grasped not through logical demonstration but mythological association.

The methodology of kabbalistic geometry explains how it is possible to "read" a geometric form as a sign, to construe its meaning and translate its absolute truth into a secondary order of mythological explanation. For in addition to such use of precise geometric processes to model creation as we shall see can be found in the Zohar as well as in Genesis, the Kabbalah developed its distinctive approach to geometry in which form could not be separated from cosmological interpretation. It is this method in which the Sabbath Star Diagram is derived from the key of the Tree of Life Diagram in an elementary version that is expressive at every stage of its development of cosmological implications consistent with the basic principles of kabbalistic cosmology, initially its concept of four cosmic worlds.

It is this remarkable coherence between the Sabbath Star Diagram and kabbalistic cosmology that will be explored in this work as each expansion of the diagram takes us to new worlds and levels of consciousness. In the process, the Kabbalah of the Tree of Life Diagram will be both elucidated and shown to be coherent with the broader Jewish esoteric tradition originating with the Bible. All aspects of this tradition will find their place in the unified Sabbatical cosmic structure that the seven expansions of the Sabbath Star Diagram can so well model, a structure that contains both the four worlds of emanation of the classical Kabbalah and the future worlds of rectification projected by both the normative Messianic tradition and the Lurianic Kabbalah. The development of such a seven-dimensional cosmic model wholly interpreted in terms of Jewish esoteric cosmology and its correlated concept of soul levels represents an approach to the interpretation of geometric form that is new to modern mathematical science.
Leonora Leet

Leonora Leet (1929-2004) received her Ph.D. from Yale University and was Professor of English at St. John's University. She is the author of The Universal Kabbalah, The Kabbalah of the Soul, Renewing the Covenant, and The Secret Doctrine of the Kabbalah.

“Makes available at great depth material that up to now was locked up in Hebrew texts. A seminal book for serious study that will become a classic.”

– Rabbi Zalman M. Schachter-Shalomi, leader of the Jewish Renewal Movement and coauthor of From Age-in

“Leet will become known to be among the greatest Kabbalists of this time.”

“The Universal Kabbalah is a prodigious work of meticulous scholarship and creative instinct. Leet combines the usual text work done by kabbalah researchers with an exhaustive examination of the geometric keys to understanding our cosmos and the soul’s journey through its levels, or worlds.”

By Leonora Leet
LIST PRICE $32.99
PRICE MAY VARY BY RETAILER