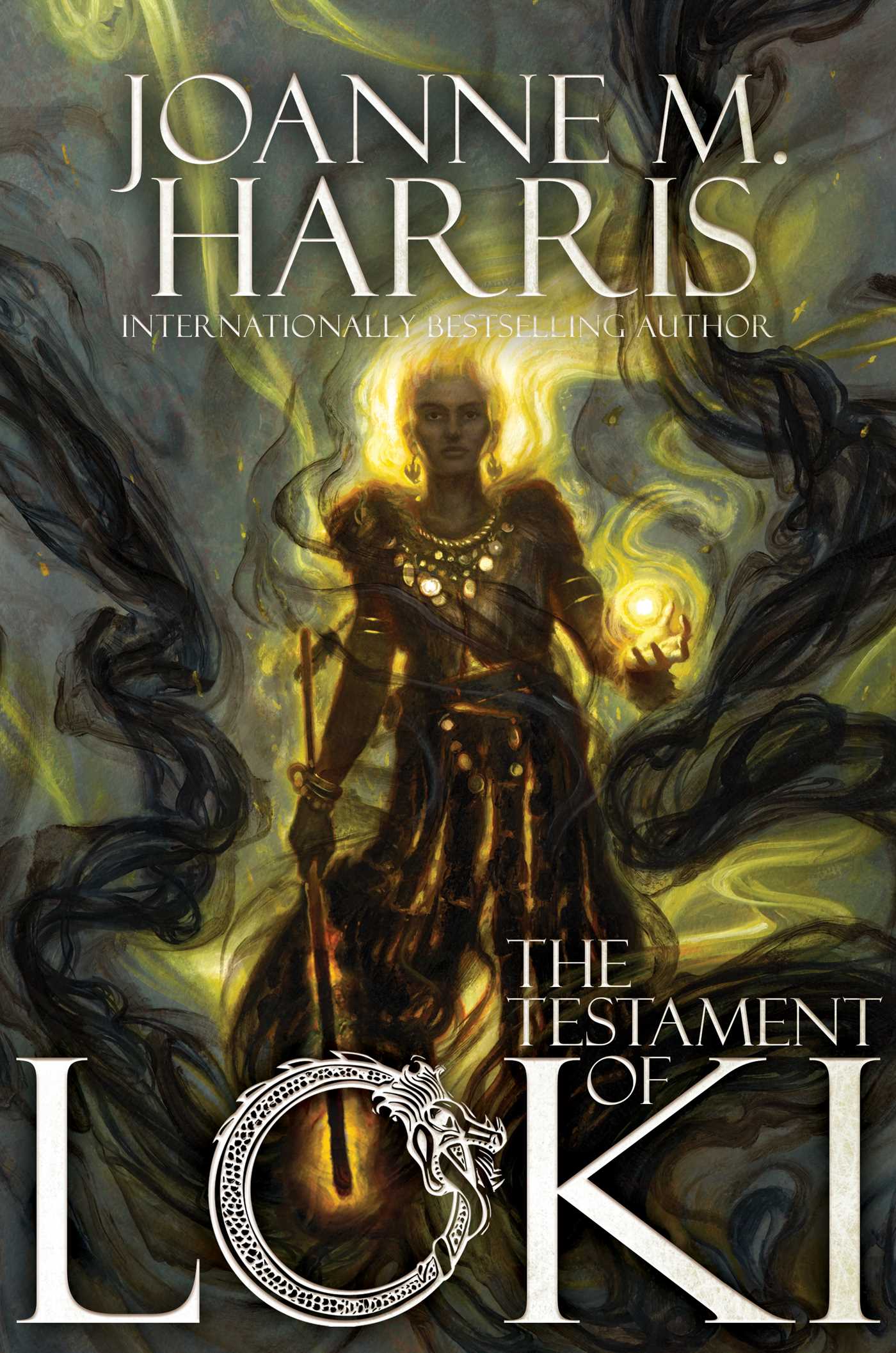 In the sequel to The Gospel of Loki, Loki’s adventures continue when he finds a way out of the end of the world and plans to restart the power of the Norse gods.

The end of the world—also known as Ragnarok to the Norse gods—has occurred, and Loki has been trapped in a seemingly endless purgatory, in torture, until he finds a way to escape. It seems that he still exists in the minds of humanity and uses that as a way to our time.

Back in the ninth world (Earth), Loki finds himself sharing the mind of a teenage girl named Jumps, who is a bit of a mess. She’s also not happy about Loki sneaking his way into her mind, since she was originally calling on Thor. Worse, her friends have also been co-opted by the gods: Odin, Jump’s one-eyed best friend in a wheelchair, and Freya, the pretty one. Thor escapes the netherworld as well and shares the mind of a dog, and he finds that it suits him.

Odin has a plan to bring back the Norse gods ascendancy, but Loki has his own ideas on how things can go—and nothing goes according to plan.

1.
Asgard was falling. The plain below was cratered with fires and laddered with smoke. Ragnarók, the End of the Worlds, lay upon us like a pall. Odin had fallen; and Thor; and Týr. Gullveig-Heid, the Sorceress, stood at the helm of the Fleet of the Dead. Dark Lord Surt, on dragon’s wings, approached from out of Chaos, and where his shadow fell, the dark was absolute, and terrible. Bif-rost was broken, and as I fell, clutching at the last of my glam, I saw the great bridge come apart at last in a fractal of brightness, spilling its millions of cantrips and runes into the wild and shattered air, so that, for a moment, everything was rainbow. . . .

Okay, stop. Stop. Wind back. That’s the official version, the tourist’s guide to Ragnarók. Bit much to take in all at once, I know; and yet you’ll need to understand some of what happened in order to grasp the magnitude of our rise and fall. Luckily—or maybe not—there’s an official record. Delivered first as a prophecy, it’s now all that passes for history among what’s left of our followers. The Prophecy of the Oracle: a poem of thirty-six stanzas, outlining the rise and fall of the Worlds, and retold through the centuries by every bard who wielded a lute, or hack with a penchant for drama.

That was the first Age, Ymir’s time.

There was no land or sea.

No stars by which to see.

From the birth of the Worlds in fire and ice, to their end in frozen darkness, the Oracle predicted it all. The rise of the gods of Asgard, their Golden Age, and their eventual fall were laid out in those thirty-six stanzas. The struggle out of Chaos; the quest for the runes of the Elder Script; the many adventures and exploits of Odin, leader of the clan; of Thor, his mighty, though somewhat intellectually challenged son; of one-handed Týr; of Freyja of the falcon cloak, Hawkeye Heimdall, and Balder the Fair—and of course, Loki, the Trickster (that’s me); recruited from Chaos by Odin himself, though not given credit in the text for any of his virtues, his role in the narrative reduced to the series of tragic events that marred the latter part of his career, much as the Titanic has unfairly become a byword for disaster, rather than a celebration of its many sterling qualities. Still, water under the bridge, now. But the fact remains. There was more to me than trickery and betrayal. Not much more, TBH. Nevertheless, my point stands. Never trust an Oracle.

The Aesir came. On Ida’s plain

The new gods built their kingdom.

Here they raised their citadel, their courts,

Their seats of wisdom.

The Oracle predicted that, too: the building of the Sky Citadel, its rainbow bridge, its gleaming halls, the beauty and the splendour. Then came the creeping of unrest; the breaking of our brotherhood; the final betrayal of the gods by one whom Odin had himself betrayed. Our end was inescapable: Our fate was woven into the tale like a double skein of mortality. That knowledge tainted everything. Even at the pinnacle of our achievements, the Prophecy of the Oracle cast its shadow over us. And worst of all, it was a lie—a lie designed to bring about the very doom we sought to escape. The Aesir fell. Game over. Boo-hoo.

So. To recap. The story so far: God (that’s Odin) meets demon (that’s me). God recruits demon from Chaos, with a view to exploiting his talents. God’s friends and fellow deities take a somewhat dim view of this, as, through a combination of hubris, predestination, and increasingly bad life choices, demon goes a bit off the rails; falls into bad company; wreaks havoc; causes the odd death and eventually finds himself chained to a couple of rocks in Netherworld; is rescued by the Sorceress just in time to play his part in the engineering of Ragnarók, including the fall of his erstwhile friends, before realizing that the house always wins, whichever colour card you play—

I could have swung the outcome, you know. Even then, if Odin had acknowledged his mistake, I like to think they could have been saved. But Odin believed in the Oracle. That thrice-damned bauble had his ear, and somehow it managed to steer us towards the rocks we’d been trying to avoid. And Odin was a stiff-necked fool, and the rest of the gods always hated me. And so we lost Asgard, and they fell—Thor, Týr, even the Old Man himself.

I see your fate, O sons of earth.

I hear the battle calling.

Against the shadows falling.

As for Yours Truly, I plunged to my fate in the arms of my nemesis, Heimdall, having just thrown the Oracle—Mimir’s severed and calcified head—from the ruins of Bif-rost and into the icy waste below. And in those last moments of free fall, with the giant shadow of Chaos looming above me, oblivion seemed the most promising of my few remaining options. The Prophecy put it quite well:

Once more the Wolf at Hel’s gate greets

Asgard’s heroes, one by one.

Actually, in my case, Death wasn’t really the problem. The Ruler of Hel owed me a favour, and as I fell into the dark, I was already working out a scheme to talk her into redeeming it. No, the problem was Chaos; the element into which I’d been born, and into which I would be reclaimed as soon as I left my corporeal form—and knowing the Lord of Chaos, I guessed my welcome wouldn’t involve tea and little fairy cakes.

There’s a special place reserved for renegades of Chaos. It has no bars, it has no doors, and yet it constrains more efficiently than any dungeon of the known Worlds. The Black Fortress of Netherworld: a prison more secure than Death; because Death at least is escapable—in theory, in any case—and no one I knew of had ever escaped a cell in the Black Fortress. I’d seen some bad things in my time—and done a few, if truth be told. I’d laughed in the face of Death more times than Thor could shake a hammer at, but right now, things were not looking good for Your Humble Narrator.

Don’t think I didn’t have a plan. I always have a plan. But as a traitor, both to the gods and to their enemies in Chaos, I was currently persona non grata all across the Nine Worlds. If I survived my fall from the sky (which currently didn’t seem likely), and if I escaped Surt’s shadow (which seemed even less so), there would be nowhere for me to hide. Wherever I went, whatever I did, Death was the only escape for me. And so I fell, and hit the ground, which turned out to be every bit as hard as it had looked from the top of Bif-rost.

Stop there for a moment. Take a second to contemplate the tragedy of my demise—the tragedy and the irony—because, as I slipped into darkness, believing the Worlds had ended, still hoping to enter Hel’s kingdom, or perhaps simply to disperse into a glorious trail of fire, I was cruelly snatched away at the moment of my dissolution, and thrown into the most terrible place imagined by god or demon: the Black Fortress of Netherworld, where the fun was just beginning.

You see, that wasn’t the end of the Worlds. Turns out it was only the end of our world, the end of our supremacy. So many gods fall into the trap of assuming that the Worlds will end when their little kingdoms collapse. In fact, the Worlds are like the tide, expanding and contracting, while gods, and men, and demons roll like sand under the waves. We were no exception. The Aesir of Asgard, overthrown and humbled into the dust. So shoot me—I don’t grieve for them, who never would have grieved for me.

And so I was damned—but dry your tears. There isn’t a dungeon I can’t escape, given time and incentive. My time in the Black Fortress gave me both, in more-than-ample quantities. This is the story of how I escaped the most secure dungeon in all Nine Worlds, and some of what happened afterwards, and some of the lessons I learnt on the way. I can’t pretend it made me a wiser, humbler person, but I did pick up a few things—things about stories, and friendships, and dreams, and what it’s like to be human.

Yes, human. Didn’t I tell you once that god and dog are only a revolution apart? In spite of all the splendour and pomp and exhortations to be more god, of holy wars and heresies, of miracles and martyrdoms, everything turns, and turns, and turns. Order; Chaos; darkness; light. Rinse and repeat. Reboot and replay.

So, once more with feeling: Let— 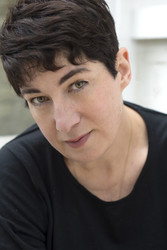 Joanne Harris is an Anglo-French author, whose books include fourteen novels, two cookbooks, and many short stories. Her work is extremely diverse, covering aspects of magical realism, suspense, historical fiction, mythology, and fantasy. In 2000, her 1999 novel Chocolat was adapted to the screen, starring Juliette Binoche and Johnny Depp. She is an honorary Fellow of St. Catharine’s College, Cambridge, and in 2013 was awarded an MBE by the Queen. Her hobbies are listed in Who’s Who as “mooching, lounging, strutting, strumming, priest-baiting, and quiet subversion.” She also spends too much time on Twitter, plays flute and bass guitar in a band first formed when she was sixteen, and works from a shed in her garden at her home in Yorkshire.

"Harris’s irreverent, narcissistic version of the Norse trickster god continues. There’s plenty of thoughtful entertainment here and much promise for the third volume."

"This book is so much fun to read. It’s something like a dramatic monologue blended with a farce blended with serious mythological business. Harris cuts myth with the everyday, cuts it like a drug, and the hit is hard."