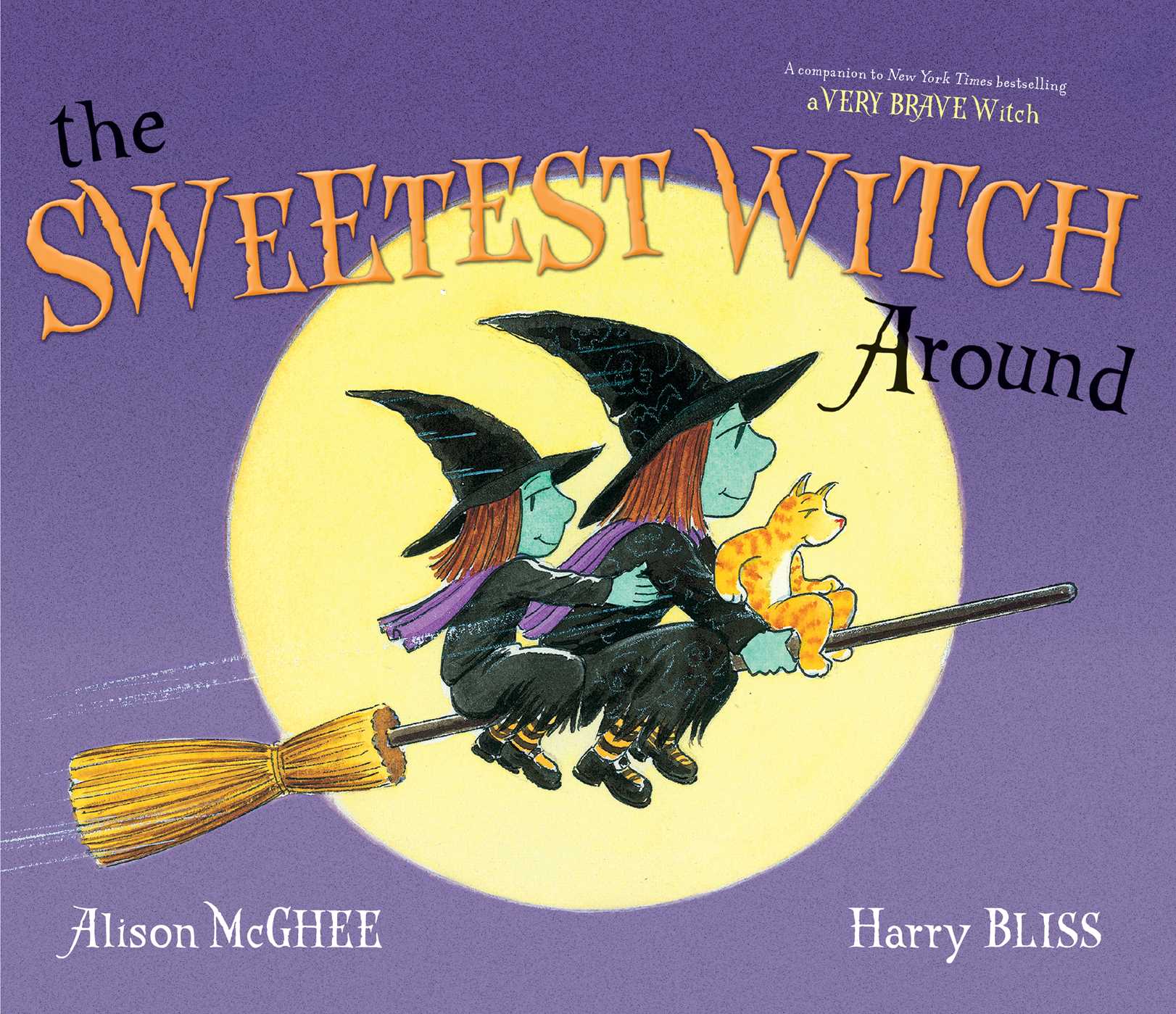 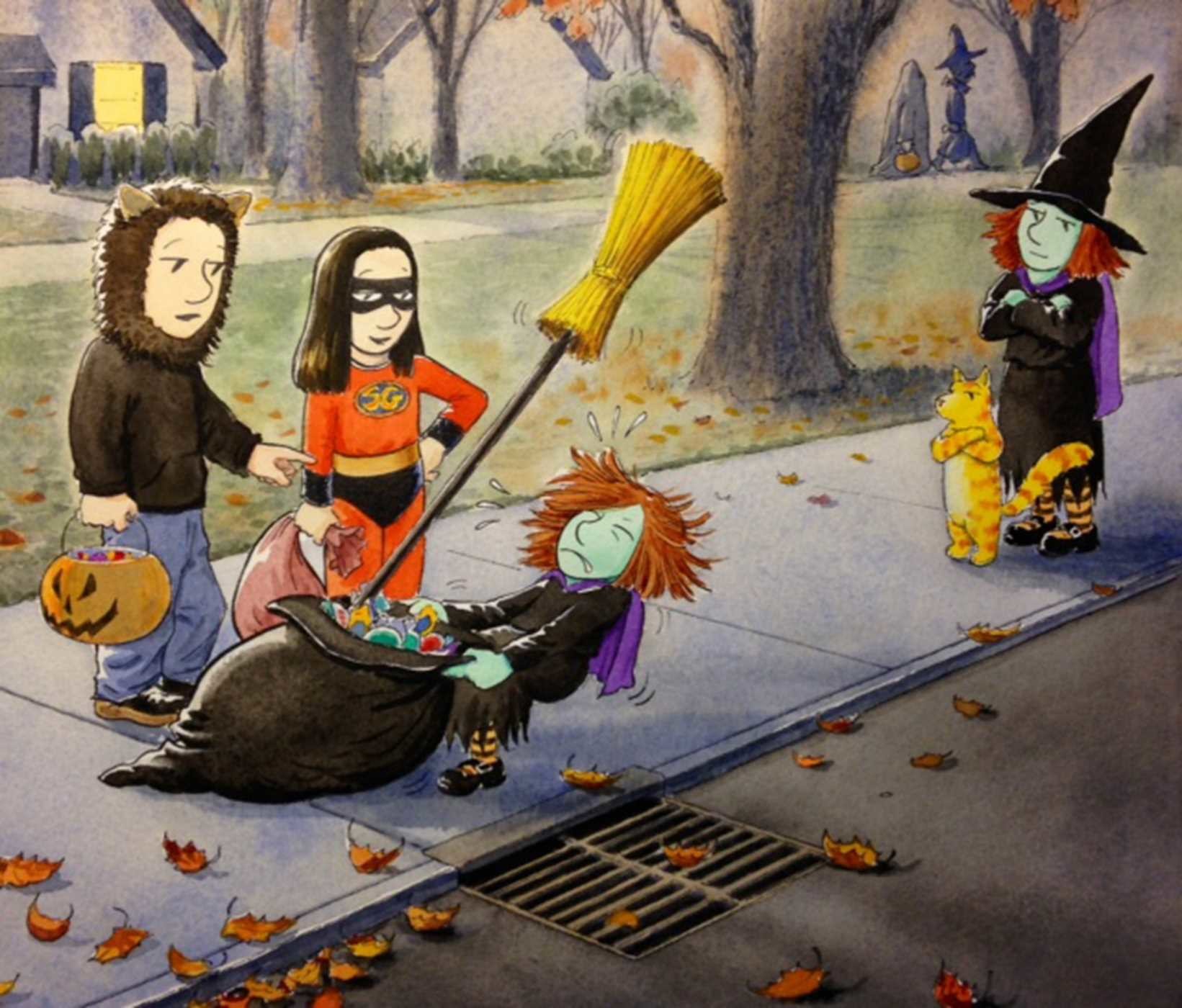 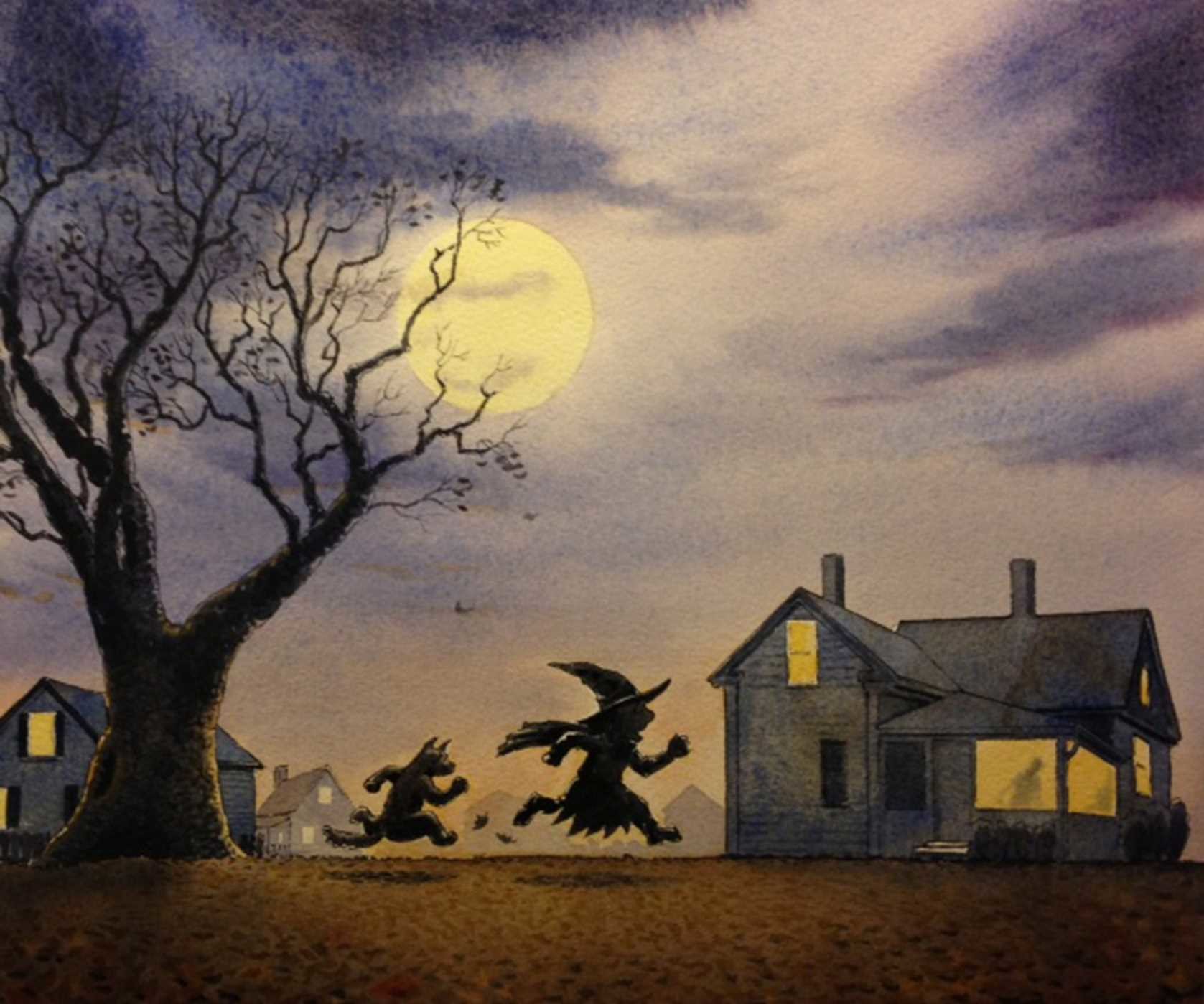 The Sweetest Witch Around

It’s Halloween night, and one very brave witch has decided to teach her little sister all about humans and what they enjoy, including some yucky stuff called “candy.” But when it seems the little Witchling thinks candy is yum, her big sister flies off to set her straight—and then she gets stuck in a tree! Good thing the little Witchling isn’t afraid to be brave!

Alison McGhee is the New York Times bestselling author of Someday, as well as Dear Sister, Maybe a Fox with Kathi Appelt, Firefly Hollow, Little Boy, So Many Days, Star Bright, A Very Brave Witch, and the Bink and Gollie books. Her other children’s books include All Rivers Flow to the Sea, Countdown to Kindergarten, and Snap!. She lives in Minneapolis, Minnesota, and Laguna Beach, California. You can visit her at AlisonMcGhee.com.

Harry Bliss is an award-winning, nationally syndicated cartoonist and cover artist for the New Yorker. He is the illustrator of the New York Times bestselling books A Fine, Fine School by Sharon Creech and Diary of a Worm and Diary of a Spider, both written by Doreen Cronin. Mr. Bliss lives with his family in northern Vermont.

In the companion title to A Very Brave Witch (2006), the gutsy, green-skinned girl hopes to teach her little sister to be courageous as well. McGhee positions the older, unnamed witch girl as narrator, reacting to events with a rather smug superiority. She wants Witchling to "study the humans and learn their mysterious ways," but at the sight and then taste of candy, Witchling's reaction is "yum" instead of the prescribed "yuck." At first the older sister is proud of the little one's bravery, but readers will see that all Witchling's developed is a sweet tooth. Parents can relate! Misadventures follow as Witchling takes off on a broom to participate in Halloween trick-or-treating. Bliss infuses humor into his watercolor-and-ink scenes by including an anxious yellow cat who interjects "Holy catnip" and "Holy whiskers" in thought bubbles. When Witchling ends up with an overflowing, too-heavy hat full of candy, her older sister swoops in. But the extra weight is too much for the broom, and Witchling must dump out her great haul to the delight of the humans below.

Though other witches are afraid of people and their strange ways, the protagonist and her little sister are curious about them. Once Witchling learns about Halloween, she develops a taste for candy and goes trick-or-treating. When some older kids try to take away her hat full of sweets, her sister swoops in to the rescue and takes her home. Borrowing a few elements from comic books, the text consists exclusively of speech balloons, and there are two panelled pages. Full-page ink and watercolor spreads contain some funny details, like “Graveyard Barbie” or a can labeled, “Slugs, Organic.”

The Sweetest Witch Around