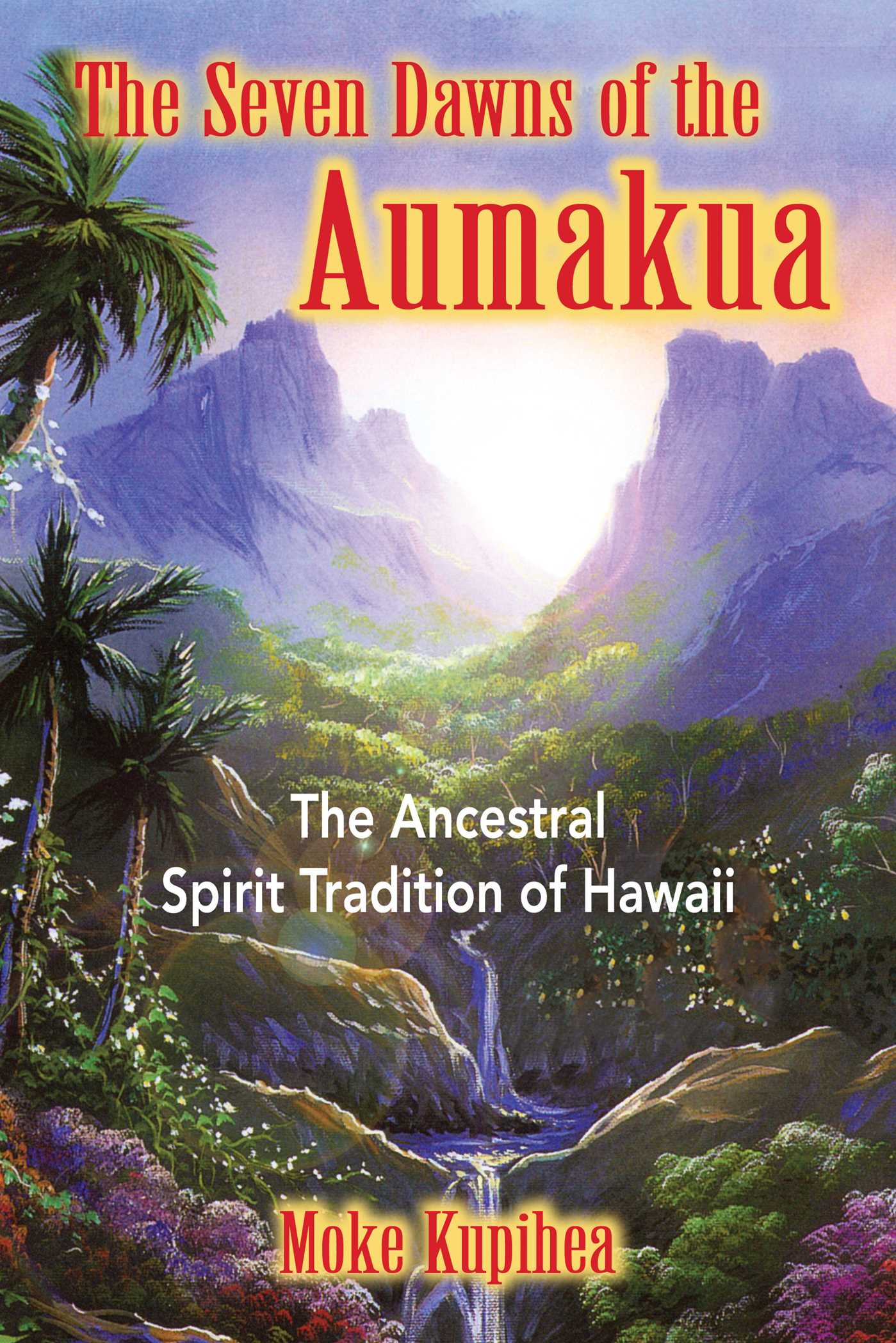 The Seven Dawns of the Aumakua

The Ancestral Spirit Tradition of Hawaii

In The Seven Dawns of the Aumakua Moke Kupihea takes the reader on his journey from childhood to young manhood as he experiences what remains of the spirit of his ancestors and learns the importance of remembering. The descent of the aumakua and its spiritual link through the eyes, sound, voice, touch, people, and breath constitute its seven dawns--the means by which the author is reawakened to his native tradition.

The author’s desire to know this tradition leads him as a young boy to seek out his kupuna--his elders, the old men of the mountains--and learn from them the stories to be found in each feature of the landscape. These men and the people he meets as he grows older became his kahu--his ancestral guardians--who teach him to understand that the world of ancestral voices still speaks, if only in a whisper. Learning how to hear these voices is the key for returning Hawaii to its proud spiritual path and learning to live mindfully and soulfully with the land and with all who have come before us.

Chapter Six
The Touch of the Aumakua

Each of us, at some time or other during our lives, has at least one moment that is profound, even miraculous--a moment of seeming divine intervention, when the thread of connection to life or our world as we know it seems frayed to the point of breaking, but instead some mercy is shown, some unseen hand of rescue is offered. A child almost twelve years old is both old enough to understand the depth of the darkness before rescue and young enough in spirit to be awed and changed by the touch of mercy leading him out of the dark. A child of twelve remembers such a moment forever.

Miracle
There was a specific chain of events that led me, not quite twelve, to a situation in which I was left stranded, alone, starving, and lost twenty-five miles away from home, in the then wilderness mountains between Lihue and Waialeale. When I first entered the fern forest it didn't appear very thick, though as time passed and I walked on, it began to close in on me. Although I seemed to be traveling downhill, I thought that this was because I was walking on the side of the ridge I had viewed from the hill, and kept going.

I continued on, weaving my way through the plants. It was not until well over an hour had passed that I began to realize that I was actually descending into the crater. I was no longer walking on soil and my feet began to get caught in the tangle of roots anchored to the lava rock. The ferns became so thick that I could not move an inch without having to smash my way through. I tried to backtrack, but this was no use--everywhere I looked, everything looked the same. I knew that my only hope was to travel uphill. At least, I thought, I would not be plunging deeper into the crater.

Hundreds of spores drifted into the air each time I pushed a fern frond out of my path, making it difficult to breathe. The fluffy spores clung to my clothes and to my sweating face, and the tiny thorns on the ferns' trunks cut at my jacket and skin. I began to slug my way up the slope. The darkness told me the sun had dipped behind Mt. Waialeale and had begun its descent into the Pacific. I thought that if I were now standing on the shore, I would be watching it disappear into the waters beyond Niihau. As night set in, my body and mind were exhausted, and I was starving and so thirsty that I licked the sweat from my face to wet my lips.

Desperate thoughts came to my mind: I would never get out of the forest alive; I would never be found. I envisioned myself becoming like the skeletal remains I had seen in the burial caves in the upper Waimea Valley. I was lost and losing strength. Every move now became a great chore. As total darkness set in, I felt completely hopeless. I sank to the forest floor amid the roots and rocks and curled up in desperation.

It was at this time that I knelt on the ground, bowed my head, and clasped my hands together. I began to pray to my aumakua, and to the Christian God, and to Jesus Christ, with my head bowed to the earth and my eyes closed: Oh, aumakua, give me strength and knowledge and the will to continue to search. Show me the path, aumakua, that will lead me out of this darkness. As I finished praying and slowly lifted my head and opened my eyes, I witnessed the strangest sight I had ever seen, and would ever see, at least to the point of this writing, after the passing of thirty years since that day. There was a light shining through the fern forest--not an ordinary light, for it had no source and was confined to a limited area. It was like the rays from a car's headlight or a flashlight, but with no visible source or end of the beam. It was simply rays, like the light shining through salt air on the beach at night--not bright, but shining enough to illuminate a corridor that had opened in the ferns, as if those giant ferns had all bowed their heads to the ground.

I stood and walked through this corridor in the mist of glowing light, following the rays and noticing, in looking back, that there was no light behind me--the corridor there disappeared as the ferns stood tall again. It shone only in front of me, just enough to light the path a little way beyond me. As I walked forward, it seemed the rays moved along with me and the ferns continued to bow down until I finally found myself back on the red dirt where I had stood before entering the forest.

The rays of light disappeared the instant I stepped into the clearing, and I was once again surrounded by the darkness of night. I looked up into the clear sky and found myself gazing into a crystal-clear heaven sparkling with the light of millions of bright stars.
Moke Kupihea

Moke Kupihea is also author of The Seven Dawns of the Aumakua. He has lived his entire life in Kauai's sacred Waimea Valley.

“Kupihea writes eloquently about the destruction of Hawaiian spiritual values by the invasion of a new culture . . . and the key to returning to a spiritual balance with humankind and nature.”

"Moke Kupihea has the strength of conviction necessary to impart to the world a more sensitive account of Hawaiian kahuna heritage, which comes down to him from the priesthood line from which he descends."

"A unique insight into Hawaiian philosophy. Kupihea's spiritual journey is both exciting and rewarding. Throughout this odyssey he makes clear not only a deep understanding of Hawaiian spiritual beliefs but also his aloha for the traditions of his ancestors and his determination that these traditions shall not die. He has provided us a distinctive voice that speaks not only to Hawaiians but to all peoples whose traditional beliefs are threatened."

"Highly recommended for all libraries."

"This is one of the best reference books on Hawaiian culture and traditions that I have ever seen. In my opinion, it very accurately reflects the spirituality of this most beautiful culture."

The Seven Dawns of the Aumakua

The Ancestral Spirit Tradition of Hawaii