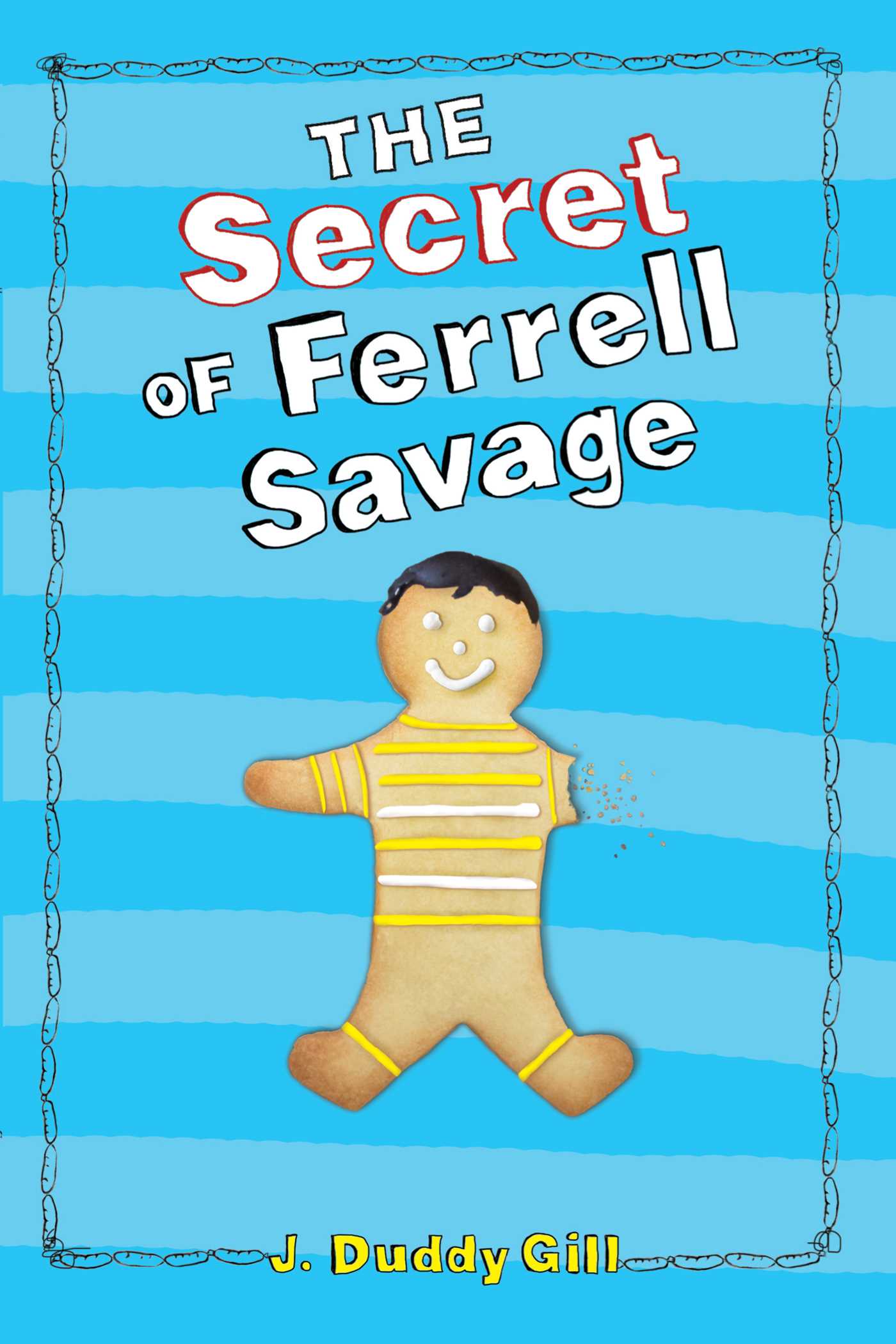 Middle school romance is hard enough, but cannibalism really gets in the way. This humorous look at first crushes and family secrets is sure to be devoured.

Except the “more” Ferrell first finds is more information about his family. It turns out that his great, great, great uncle had an encounter with Mary’s great, great grandfather. And the encounter was, well, let’s just say…edible. Sure, the circumstances were extreme, but some facts might just be romantically indigestible. At least now Ferrell understands why his family is vegan.

But even as Ferrell and Mary encounter blackmail, a second sled race, and a particularly enticing bag of beef jerky, Ferrell realizes that he might still have a chance with Mary. If, that is, his family secret doesn’t eat them alive.

Chapter One
EVERY WINTER, ON THE DAY after Christmas, our town holds the Big Sled Race on Golden Hill. You’d think that after fifty years they would’ve come up with a better title for the event, especially since no one’s used an actual store-bought sled in the race since before I was even born. It really should be called Get-to-the-Bottom-of-the-Hill-as-Fast-as-You-Can-on-Whatever-You-Want Race.

I’ve seen kids slide down on beanbag chairs, cafeteria trays, old refrigerator boxes, and even a torn-off car door. Last year Jerry Dunderhead built what he called a ski-ike by attaching a ski to his mountain bike. He tipped over at the starting gate, broke his collarbone, and that was that. Still, it could’ve been so awesome. Then there were the four high school seniors who built this thing that looked like a boat. It didn’t go fast, so they had to jump out and push it most of the way, but it was cool. They had speakers hooked up to it, playing this song that I recognized but didn’t know at the time, The Ride of the Valkyries.

Mr. Spinelli from Spinelli’s Market has been the judge and timekeeper since my dad was a kid. He stands at the finish line with his gold pocket watch tied to his belt by a thick piece of string. One year he dropped that same watch into the deep snow and couldn’t find it. So for the rest of the contestants’ runs, he had to count “one Mississippi, two Mississippi.” Some people complained he cheated when he declared his grandson, Franco Spinelli, the winner. And I saw that when Franco sped by with I ♥ MY GRANDPA painted on the side of his cardboard box, Mr. Spinelli got a little teary eyed, which would understandably slow down his Mississippis. Luckily, when the snow melted that spring, some kid found the watch and gave it back to Mr. Spinelli, and no one’s accused him of cheating since.

Because you have to be at least twelve years old to compete, for the past eleven years my friends have been feeling an itch—worse than a scratchy sweater with no undershirt—to get their turn. It was like that every year. Twelve-year-olds are willing to bleed and break bones to win.

But not me. I didn’t care about being the kid holding the big trophy at the end and watching all the other kids sniff up their tears and fake-clap. Being responsible for making my friends trudge all the way home, moping through the snow and dragging their home-built contraptions like they were roadkill, was not for me.

On Christmas day Mary Vittles stopped by to check out my under-the-tree stash and to see my “racing apparatus,” as she called it.

Mary and I have known each other since we were in diapers. She and her mom live down the street from us, and when Ms. Vittles went back to work at the Colorado Inn, my mom offered to take care of Mary. Ms. Vittles said she’d pay Mom, but Mom insisted Mary was good for me, that she toughened me up. Besides, Mom liked having Mary around.

“Ms. Vittles has rent to pay and a little girl to provide for. It’s a luxury for me to be able to stay home and take care of Ferrell,” Mom always said. We weren’t rich or anything, but Dad’s job as senior librarian at the Golden Hill Library kept us well fed. Ms. Vittles never married Mary’s dad, who ran out on them before Mary was even born.

Don’t be fooled by the words “sweet little Mary.” She’s kind of like honey mustard. The taste isn’t bad, but you still feel like you got tricked into trying it. So, whether or not Mary and I were really friends was never a question for our moms. We’re stuck with each other. I’m pretty sure I mean that in a good way. She’s bossy and a know-it-all, but there are things I like about her.

I’ll need some time to think about what they are, though.

When Mary arrived, Mom and I were clearing the dishes off the table.

“Mary, sweetheart, how about a little Christmas supper?” Mom offered even before Mary had taken off her coat. Mom pointed to the platter of leftover Tofurkey. “I’ll fix it up with some cranberries and potatoes.”

“No, thanks,” Mary answered. She pulled off her hat and smoothed the static out of her brown, wavy hair. “My hypothalamus is sending signals that I’ve reached maximum consumption.”

“I’m full,” she said. “Mom brought home some real turkey and a slice of ham from the restaurant. I made canned corn and sweet potatoes with butter.”

I’d never eaten meat, but just hearing her say the words “turkey” and “ham” made saliva drip from my fangs. Even the butter, something else I’d never had, sounded so good and smooth. Just saying the word tasted sweet and creamy. Butter.

Mary tossed a chunk of Tofurkey to Buddy, my beagle. “All right, let’s see what you built,” she said. She headed toward the kitchen door that leads to the garage, but I didn’t budge. She looked over her shoulder. “You’re not coming.”

Mary turned around and put her hands on her hips. “No way,” she said. “The race is tomorrow and you haven’t built your apparatus yet! You have”—she looked at her watch—“less than ten hours to put something together.”

She told me this as if I didn’t already know.

“It’s all up here,” I said, pointing to my head. “I have a plan, it’s brilliant, and you’ll be surprised.” I couldn’t tell her my brilliant plan was to be a spectator.

She shook her head in disbelief. “You’ve got nothing.”

She was right. The sled-making department in my head was empty.

“Let’s go give yours another ride,” I offered. “Just to see how the drain’s staying plugged.”

Mary was big on Dumpster diving. Back in the fall she had found an old metal kitchen sink—the kind with rounded edges—and she was determined to make it into a Big Sled Race winner. She’d cemented a plug into the drain hole, sanded it down, and waxed it up. Then she’d sat inside the sink and fallen over backward in the snow. I would have said, Oh, well, it doesn’t work, and gone to find something else. But not Mary. She immediately began abdominal muscle exercises to help her hold her balance while curled up in a ball. After three weeks of training she tried it again. She sat in her silver sink, lifted her legs off the ground, leaned back just so, and zoom. The ride was supersmooth and steady. I hadn’t seen the other contenders, but I still predicted she would win.

“I’m not worried,” Mary said now as she leaned against the counter and folded her arms. She tried to make her brown eyes look sleepy and calm, but I didn’t buy it. I know Mary. She hates losing, so she works super extra hard at everything she does. She was our school council’s vice president, beating out the eighth graders, and last year her science project on heliotropes won second at state.

I rubbed my hand over my belly and was just considering a third piece of pumpkin pie for myself when Mary said, “So, did you get too busy and run out of time, or are you just being indolent?”

“Lazy,” she said, throwing her hands hopelessly into the air. “It’s like your mind just stops working sometimes.”

I was used to Mary saying stuff like that. She always accused me of not paying attention or of being stuck in a daydream. When we do our homework, she calls me “airhead” or says, “Your brain’s a muscle—use it or lose it.” But it’s not that I’m not trying; it’s just that words, sometimes even full sentences, jump around the page when I read. And when I listen in class, it’s the same kind of thing. Words float around close to my head but don’t always make it in through my ears. I’d stopped trying to explain it to Mary years ago.

That night, after she called me lazy, something weird happened. I walked Mary home, because Mom makes me do that if it’s after dark, even though it’s only half a block away. When we got to her house, I said “Bye” and turned around to leave.

But she said, “Wait, I have something for you. Hold out your hand,” and I did. She put a round yellow gumball into the palm of my hand. It was warm and sweaty from her own hand, which probably should have been kind of gross, but I thought it was cool. I held up the gumball to the light and saw that it had a face. Two eyes and heart-shaped lips, like a little kiss. I said “Thanks” and watched her walk up the steps to her front door.

I thought, Wow, a gumball with a kissy face from Mary Vittles, and then I popped it into my mouth. Only it wasn’t a gumball; it was a marble. I’m lucky I didn’t break a tooth, but I accidentally swallowed it. It hurt going down, and I felt it lodge itself in that space right between my heart and my stomach. As far as I know, it never came out, so it’s probably caught there forever.

That night I watched It’s a Wonderful Life with my parents, but I didn’t hear a word Jimmy Stewart said. I thought about the marble, and for the first time ever, I was bothered that Mary had called me lazy. 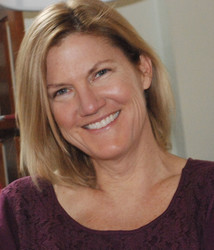 J. Duddy Gill eats no meat but consumes lots of Skittles and kale, and often refers to a thesaurus for smarter sounding words. She lives in Denver, Colorado.

"Offer this fine first novel to fans of Janet Tashjian’s My Life series or the Big Nate books by Lincoln Peirce."

"Cheerful absurdity...compellingly drawn.... A screwball take on an unusual topic that’s tempered with sweetness and honesty, this will appeal to youngsters who want to sink their teeth into something a little less conventional."

– The Bulletin of the Center for Children's Books, March 2014