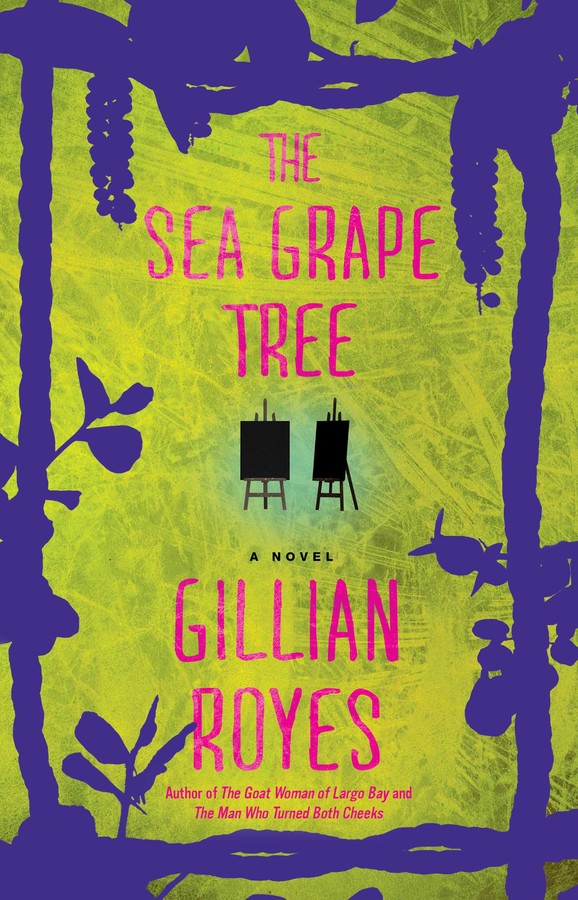 Book #3 of A Shadrack Myers Mystery
By Gillian Royes
LIST PRICE $11.99
PRICE MAY VARY BY RETAILER

Set in a sun-kissed Caribbean paradise, this third book in the Shad detective series explores a love triangle gone wrong—and how class divisions create a perfect storm of trouble.

Sarah, a talented but shy artist from England, arrives at the perfect getaway—a small fishing village in Largo Bay, Jamaica. There she falls in love with Danny, a wealthy investor with a hotel in Largo Bay. Soon Sarah runs into trouble with her host as well as Danny’s local lover, Janet. Sarah’s fate, as well as that of Danny’s hotel, become endangered.

Meanwhile, Shad Myers—“bartender by trade, investigator by vocation, and unofficial sheriff of Largo Bay” (Publishers Weekly)—has another set of problems to solve, alongside his friend Eric, an American who owns the bar. The two friends entertain a new potential investor in their quest to rebuild their hotel left in ruins by a hurricane. Eric wants to make Shad a partner in the business, not just a worker. But first the two must overcome the class divisions that make it difficult for local partners in the business to accept Shad’s new, more important role.

With a delicious blend of suspense and soul, The Sea Grape Tree explores the class divisions in Jamaica—and what happens when a love triangle becomes life threatening. Gillian Royes once again delivers a vivid, thought-provoking novel with passion and punch that is sure to leave her fans wanting more. 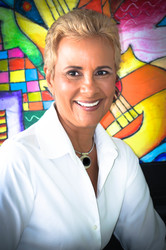 Gillian Royes is the creator of the Shad series, detective novels that take place on the North Coast of Jamaica. The first in the series is The Goat Woman of Largo Bay, followed by The Man Who Turned Both Cheeks, The Sea Grape Tree, and The Rhythm of the August Rain. Prior to that she authored two nonfiction works entitled Business Is Good and Sexcess: The New Gender Rules at Work. She has also ventured into scriptwriting with Preciosa, a film directed by Peter Sagnia, as well as a play called How to Be an Immigrant. A native of Jamaica, Gillian pursued her higher education in the United States, obtaining a doctorate from Emory University. She currently lives in Atlanta and on the island of St. Croix, where she lectures at the University of the Virgin Islands. Find out more at GillianRoyes.com.

“A superb detective story with richly imagined characters, The Sea Grape Tree is set in an island paradise where more goes on than meets the eye. This splendid third novel in Gillian Royes’ “Shad series,” featuring the delightful bartender/neighborhood detective Shadrack “Shad” Meyers, involves a lonely tourist from England, a local woman determined to leave the island, and an American investor whose possible re-development of the struggling, fictional town of Largo Bay, Jamaica keeps everyone on edge.”

"A gentle Jamaican mystery brimming with compassion: for hardworking Shad, the amateur sleuth; his wife Beth, mother of his four children; and other vivid characters who populate this enchanting novel."

– Joan Steinau Lester, author of Mama's Child and Black, White, Other: In Search of Nina Armstrong

"In The Sea Grape Tree Gillian Royes serves up a delicious rum punch of a mystery—smart and savvy, touched by her stylized prose, and mixed with beautiful settings and a host of memorable characters like Shad, the lovable town sleuth and bartender.”

“From the page one, Royes’ characters grab you. They are complex, not particularly nice, but completely human and captivating. We highly recommended The Sea Grape Tree.”

PRAISE FOR THE MAN WHO TURNED BOTH CHEEKS:

“Royes’s strong sequel to her fiction debut, 2011’s The Goat Woman of Largo Bay, deepens the character of Shad Meyers . . . . in this sensitive, thought-provoking novel.”—Publishers Weekly

“Royes' Jamaica is lush, stormy and stronger than the rum punch cocktails that Shad pours over ice.”—abcnews.go.com

“Royes is brilliant in bringing Jamaican sun and sea, people and places to life . . . . She’s equally adept with characters . . . . A cozy mystery as social commentary.”—Kirkus Reviews

PRAISE FOR THE GOAT WOMAN OF LARGO BAY

"The writing in The Goat Woman of Largo Bay is poetic at times and the plotting of the story is more literary in its approach but still leads to a tense climax that will have the reader engrossed to the end." —New York Journal of Books

[Royes] does an outstanding job of creating a small Jamaican village – it is so vivid that the reader feels part of the environment – and deftly shows the social and political life on the island. The novel is an absorbing read and one that won’t be forgotten quickly. –Barbara Cothern, Portland Book Review

Book #3 of A Shadrack Myers Mystery
By Gillian Royes
LIST PRICE $11.99
PRICE MAY VARY BY RETAILER