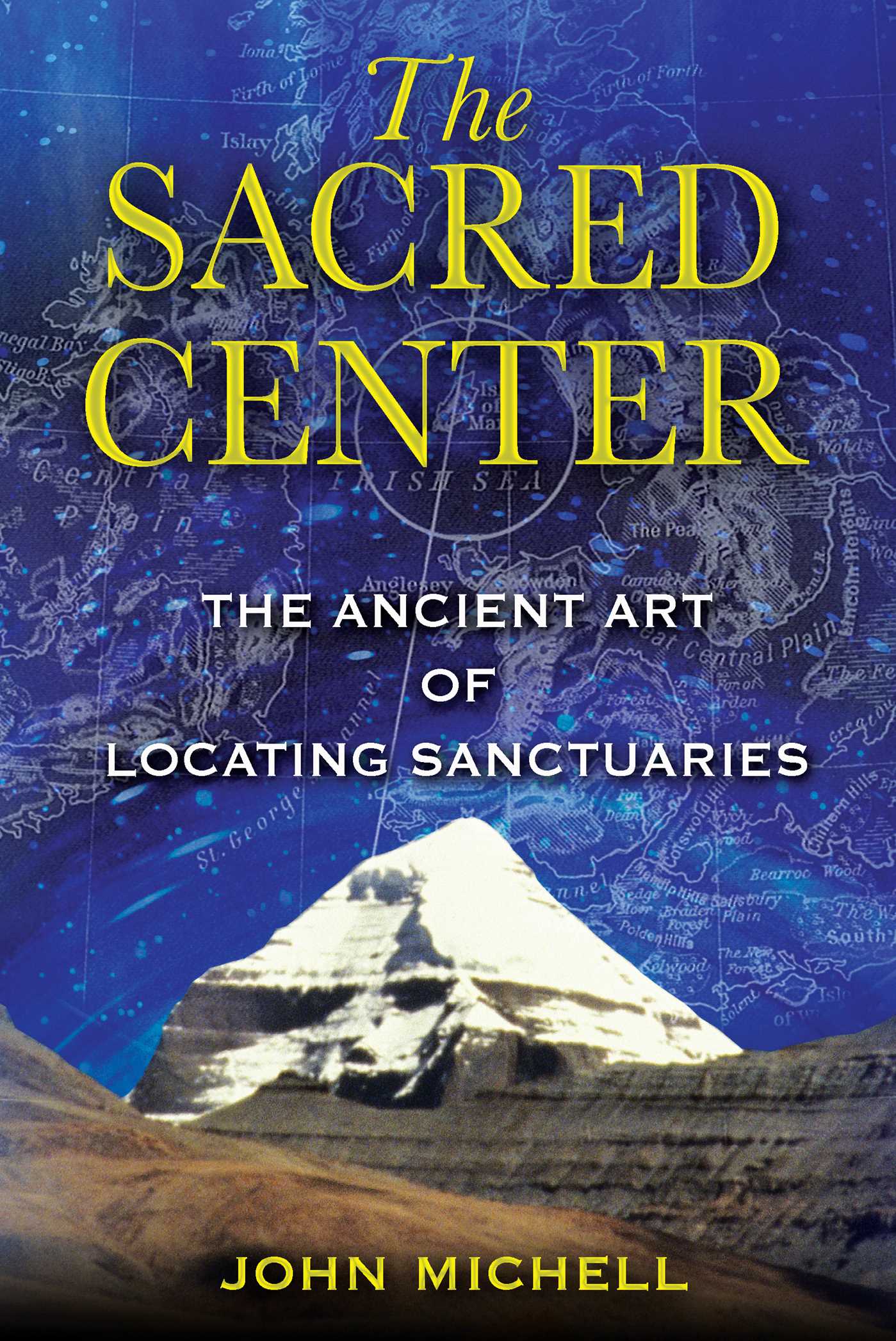 • Explains the need and role for ritual centers in modern society

• Reveals the code of number and geometry behind the idealistic social structure of the ritual center, formed to imitate the heavenly order

Symbols of ritual centers are among the most persistent elements of myth and belief between cultures widely separated in time and space. Every tribe and state had its “generation center,” a sacred area within its heartland where its legendary founders gave birth to its people and established their laws. Within the inner sanctum of the sanctuary was an altar or pillar, the omphalos or navel stone, that marked the midpoint of the home territory and represented the world-pole on which everything revolved. It was the focus of a perpetual cycle of rituals and festivals that passed with the seasons around the country and held its people under the spell of a golden age.

In this book John Michell reveals the precise methods by which the ancients located the appropriate centers and adopted them as sanctuaries. The same principles of ritual geography in the siting of Akhenaten’s capital in Egypt and Megalopolis in classical Greece apply also to the traditional centers of small territories and islands. The rediscovery of these sites--such as the spot at the center of Ireland where the Celtic High Kings were installed--sheds new light on the ritualized order of prehistoric societies and the sacred, scientific code on which they were founded. These revelations from the distant past are of great significance in present times, for in them are the secrets of harmony on every scale, from the personal to the universal. Restoring the sacred center to its former place of prominence offers the possibility of a renaissance of human culture, ideally centered upon the image of a perfectly ordered Cosmos.

Contemplating the Navel of the Earth

The center of the human body, halfway up and halfway down its front, is the navel. For this reason, and because it was once attached by the umbilical cord to our maternal source of life and nourishment, the navel provides an image of the notional world-center, the spot on the earth’s surface through which runs the universal pole. Both types of center, of the human and the terrestrial body, are similarly named in Greek, omphalos, or in Latin, umbilicus.
Every religion has its world center, with associated legends of being the first created spot on earth, the birthplace of humanity, and the gateway to the two opposite realms or states of existence, the heavenly and the subterranean. In preindustrial times, the central point of each national and tribal territory was marked by a symbol of the polar shaft, and the omphalos stone in every town and village was also a cosmological center.
In Scandinavian and other mythologies the world axis is represented as the trunk of a great tree. Its branches reach to the heavens, its roots go down to the abyss, and its central section, where the trunk goes into and out of the earth, is our present plane of existence. When we discover that center, as a people or within our own selves, we can draw upon divine guidance from above and imaginative inspiration from below the earth’s surface. In that situation, personally, geographically, and symbolically centered, one is at the hub of the universe and perfectly balanced to receive its full range of influences. Anyone who is thus centered is impelled toward justice. Such a person is, in the esoteric sense only, King of the World, that mystical figure whose kingdom can be founded in the heart of any individual. As the reflection of God on earth, he is fair, merciful, and all-knowing, the philosopher-king of Platonic idealism. He is the complete, perfected image of oneself.
At the center of the Christian world is Golgotha, founded upon Adam’s skull, the ancient rock on which Jesus was crucified. It is now built into the Jerusalem Church of the Holy Sepulcher, where its summit is kissed by pilgrims. Also kissed is a world-center pillar in the same church, erected and displayed by Greek priests. Nearby is the center of the Jews’ world, the Rock of Foundation on the Temple Mount. Once it was enclosed by the gold-lined walls of the Holy of Holies in Solomon’s Temple. Its legends claim it as the earth’s navel, the first solid thing that God made and the center point of his creation. It is also known as the stopper, set above the crevice into which the last of Noah’s flood subsided, with the purpose of holding down the waters forever.
Yet nothing in the material world is forever. On this and other rocks great systems of law and religion have been founded, and the rock has sustained them over thousands of years. It is recognized, however, in the legend of the Rock that one day the waters will rise again, dislodge the stopper, and wipe out all that has been built upon and around it.
The destruction by flood, fire, or other means of a world center means the end of a whole world. There are many accounts of families, tribes, and whole nations dissolving upon the loss of their emblematic world poles. An ancient family who lived by their pole were the MacDuffies, hereditary lords of the small Hebridean island Colonsay. Their talisman was a staff set into a hole in a stone base. The fortune of the MacDuffies, even their very existence, depended on it, and when it was stolen or somehow disappeared in 1539, the last chief of the MacDuffies died and the lineage was broken.
Spencer and Gillen in The Arunta tell of an Australian tribe, the Achilpa, who were so attached to their emblematic polar axis, made for them by their divine ancestor from the trunk of a gum tree, that they carried it around with them on their migrations. It acted like a giant divining rod, showing by the way it bent the direction they should travel. When by accident the pole was broken, the tribe lost their focus and became disorientated. They wandered around aimlessly for a time, before lying down together and awaiting death.
This seems rather an extreme reaction, but the story is accepted by Mircea Eliade who, in The Sacred and the Profane, gives other instances of devotion to the symbol of the cosmic pole. With the loss of their pole, he explains, the Achilpa lost contact with the ancestral spirits, forgot the meaning of their lives and landscape, and were plunged into chaos.
If this story is true (and anthropologists are as likely as anyone else to misunderstand just what is going on around them), the Achilpa are surely open to criticism for being too dependent on their worldview and its sacred symbol. There are many comparable accounts, of tribes who have lapsed into apathy when their way of life and its symbols were destroyed by outsiders, and of regiments who have given up the fight when their standard was captured. Yet we and our forebears have all had to make the transition from a traditional, centered universe to the worldview of aimlessness and relativism, which now prevails. Unlike the Achilpa, we have had a wide world in which to locate alternative centers to the structure of our lives and minds. This makes us seem less vulnerable to changes and accidents, such as the breaking of a pole. Yet modern life depends entirely upon an invisible pole, the international money system that every year grows more elaborate and more evidently beyond human control. If that pole were to snap, we would soon learn to admire the Achilpa for the dignified way in which they responded to the collapse of their own world order.
John Michell

"This is by no means a simple read. It is complex, but ultimately fascinating. It will please and intrigue all who are interested in earth mysteries, ley lines, sacred geometry, geomancy, gematria, sacred sites, and archaeoastronomy. I was surprised by the complexity of the evidence from antiquity that survives to this day. . . . It is a fine memorial to the pioneering and prolific writer John Michell."

"This reprint of John Michell's modern classic of 1994 is timely in that it reminds us of the source of some of the ageless principles that have guided humanity's progress. . . . spellbinding book by a pioneering researcher of sacred landscapes."