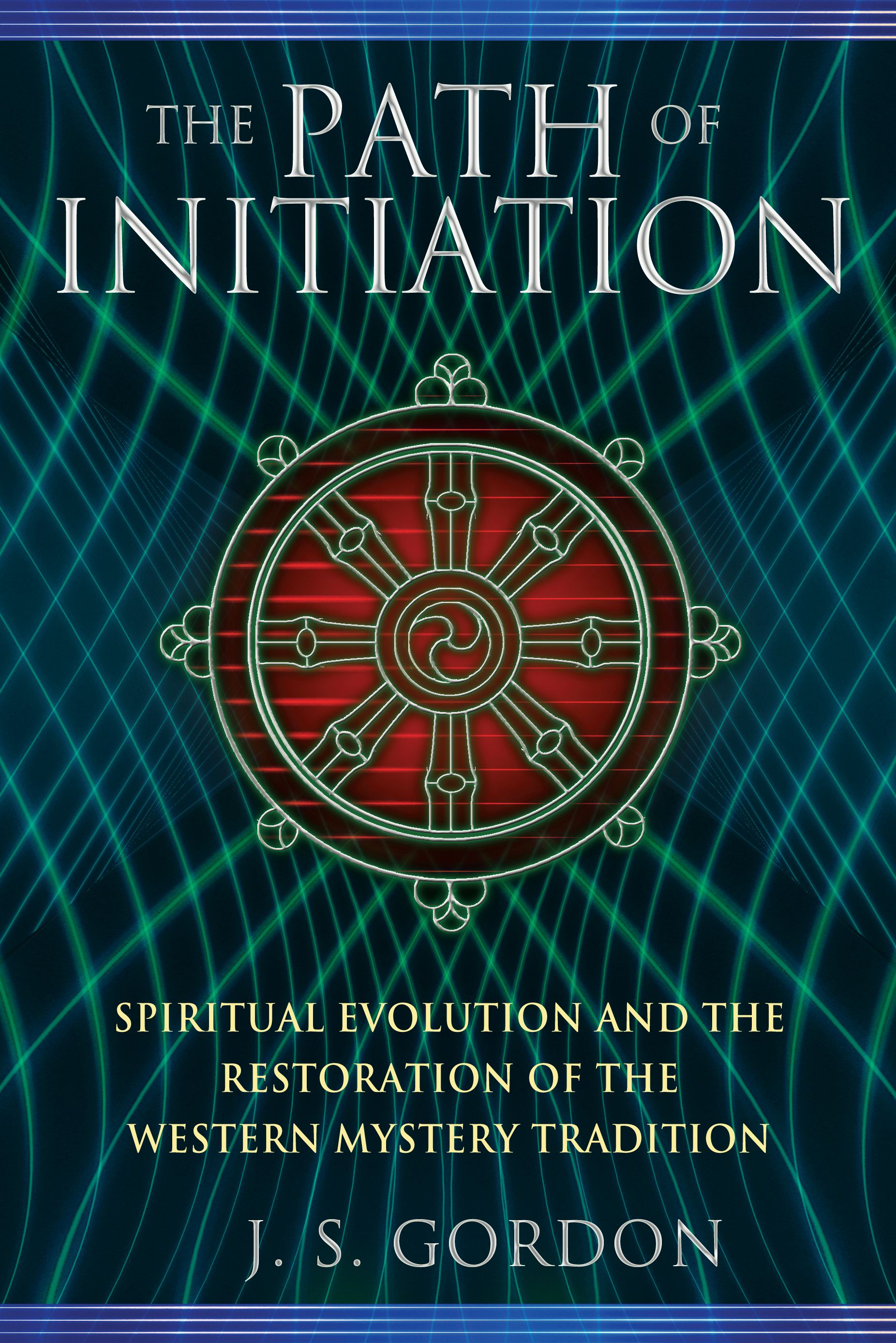 • Explains the characteristics of each stage of initiation, including the associated psychological issues that need to be faced to move to the next stage

• Explores the long history of the Mystery traditions from ancient Egypt, Babylonia, and India to the modern Theosophy of Blavatsky and Bailey

As the precessional cycle transits from Pisces to Aquarius, great shifts in spiritual evolution are on the horizon--not for all of humanity as many in the New Age movement have generously hypothesized but for those who have undertaken the necessary spiritual preparation and initiatory work.

Drawing from his deep immersion in the Mystery traditions of both East and West, author J. S. Gordon investigates the initiatic path from ancient times to modern day, detailing the step-by-step process of initiation and the sequence from spiritual aspirant to the highest Adeptship. He explains the natural logic and characteristics of each stage of initiation, including the associated problems and psychological issues that need to be faced in order to move forward to the next stage. He shows how humanity is naturally inclined to spiritual evolution and the development of higher consciousness. We are part of the overall evolutionary process of Nature, a system guided by the most highly evolved Adepts and extending beyond Earth to the entire kosmos.

Exploring the long history of the Mystery schools beginning with ancient Egypt, Babylonia, and India, Gordon examines the sacred metaphors and allegories of esoteric philosophy, metaphysics, occult science, and the Science of the Seven Rays as well as the Adept-inspired theosophical works of H. P. Blavatsky and A. A. Bailey. He looks at the Adept Hierarchy of the Great White Himalayan Brotherhood and considers in detail two much-discussed mysteries: The Jesus-as-Christ mystery and the Maitreya-Buddha mystery. Revealing how advancement--spiritual, scientific, and cultural--erupts out of tension, he explains how the Adepts have been increasing local and global tensions to prepare humanity for the Age of Aquarius, thereby creating the ideal preconditions for spiritual evolution and an eventual restoration of the Mysteries in our own modern era.

CHAPTER NINE
Initiations of the Threshold

We now come to the first two initiations of the sevenfold sequence of spiritual evolution within our planetary scheme. These are essentially the same as those of the Entered Apprentice and Fellow Craft in Freemasonry. However, before progressing with them, let us remember the sequence of seven states of consciousness (within the all-embracing eighth state that comprises the first and lowest kosmic plane of being), as defined in modern theosophical terminology.

Of these seven the sensory physical state is regarded as having already been brought under conscious control, as far as the Path is concerned, during the first two preliminary stages of Probation and Accepted Discipleship. Therefore the remaining six include a duality between the Higher Mind and the Lower Mind, these being respectively dealt with at the second and third initiations. In each case, as already suggested, the individual has to bring about (under increasingly testing conditions) a practical and not just theoretical display of control over the natural elemental forces that constitute the instinctive nature of each plane of being.

In a peculiar way, however, the individual generates the very conditions that he or she has to overcome--hence the difficulties. The reason for this is that Nature always instinctively strives to achieve balance. Hence, when we strive after something higher, Nature will find its opposite and bring it to bear in order to counteract the threatened imbalance. The subtler the higher aspiration, the subtler is the downward dragging elemental response. The only way that a human individual can counteract this situation is by allowing his or her consciousness to be brought to a face-to-face crisis of these opposites in which both of them are transcended. It is for this reason that the path of initiation is often referred to as the Path of Progressive Renunciation--the Way of Tears and Sadness. Yet this is unavoidable because the whole process of psychospiritual evolution necessarily involves much internal (often violent) conflict, with progressive destruction, purification, and rebuilding or reorganization, in order to better align the lower nature with the higher. All of this takes a long time to achieve properly, resulting in the correct disciplining of elemental matter of the various sub-planes, then of successive readjustment, realignment, and repolarization of each “body” as a whole. Any attempt to rush the process unduly, outside natural Law, can only result in problems that will have to be undone before further real progress is possible. That is why we are told that haste is not an accepted mode of activity within the spiritual world.

THE SEVEN RAY INFLUENCES
The essential difference between the higher and lower initiations is that the crisis in the first (lower) three is unconsciously self-engineered by the individual’s own way of life. In the higher four, the intelligence--having realized the true nature and practical value of the principle of crisis--brings it about consciously through a self-willed focus. As we are very helpfully told:

When this is consciously recognized and adapted to prevailing circumstances much later on the Path--by the initiate facing the fourth degree (the initiation influenced by the Fourth Ray)--the sense of crisis is then felt in a manner directly affecting the life of the objective personality by those in close contact, but not in quite the same manner by the individual. His or her trial is of a much subtler and wholly subjective nature. It is perhaps worthwhile reminding ourselves, before we proceed further, of the teaching concerning the Seven Rays, as enunciated by the Adept Hierarchy. These higher influences condition the individual’s forward progress until he or she becomes a sixth degree initiate, or Chohan. These Rays are correspondingly described as follows:

These same Ray influences are described as the projections of seven archetypal kosmic influences emanated downward into the field of our planetary life by our particular Logos. However, in trying to understand them (and it is essential to do so), it is important to remember the earlier description of how the lower three are the materialized reflection of the higher three, and the fourth acts as a bridge between these two highly potent triads. One further and again most important issue related to the Rays is that each--by virtue of the manner adapted by human usage--has a higher and a lower (or a positive and a negative) aspect to it. The individual must learn to recognize both and gradually become free of the tendency toward the latter through psychological honesty and applied self-control.

THE DIFFICULTIES OF SELF-CONTROL
The individual initiate has ultimately to achieve his or her progressive subjective conquests while in the physical body, because the final initiation must involve all seven influences being spiritually synthesized back into a coherent unity. We, it must be remembered, are actually not physical beings at all. We are spiritual intelligences actually existing within the fourth of the seven solar-cum-terrestrial states, from which a portion of our nature (a lesser “spark,” or jiva) is emanated into the triple lower planetary world, taking anchorage within our human heart. It is that same “spark” that must bring about the control of the lesser elemental nature; but it can only do so once it re-achieves a degree of contact with its emanating Source.
J. S. Gordon

J. S. Gordon (1946-2013) held a master’s degree in Western Esotericism from the University of Exeter and was a senior fellow of the Theosophical Society of England, where he lectured on ancient history and metaphysics. Known for his in-depth knowledge on the ancient Egyptian mystical tradition, he wrote several books, including The Path of Initiation and Land of the Fallen Star Gods.

“Well-researched and provocative, this work will assist the spiritually inclined to understand and co-create the current shift in consciousness.”

“Mr. Gordon writes about a mixture of personal experience and extensive research, and this book serves as an excellent step towards delving deeper into the rich Theosophical tradition. Readers will come away with a much broader understanding of the structure of existence – and humanity’s role in an ever-evolving Universal Consciousness.”

“The late John Gordon, who was a prominent member of the Theosophical Society in England has, in this book, provided a detailed exposition of the path of initiation, drawing from his extensive knowledge and understandings of the Mystery traditions of both East and West.”