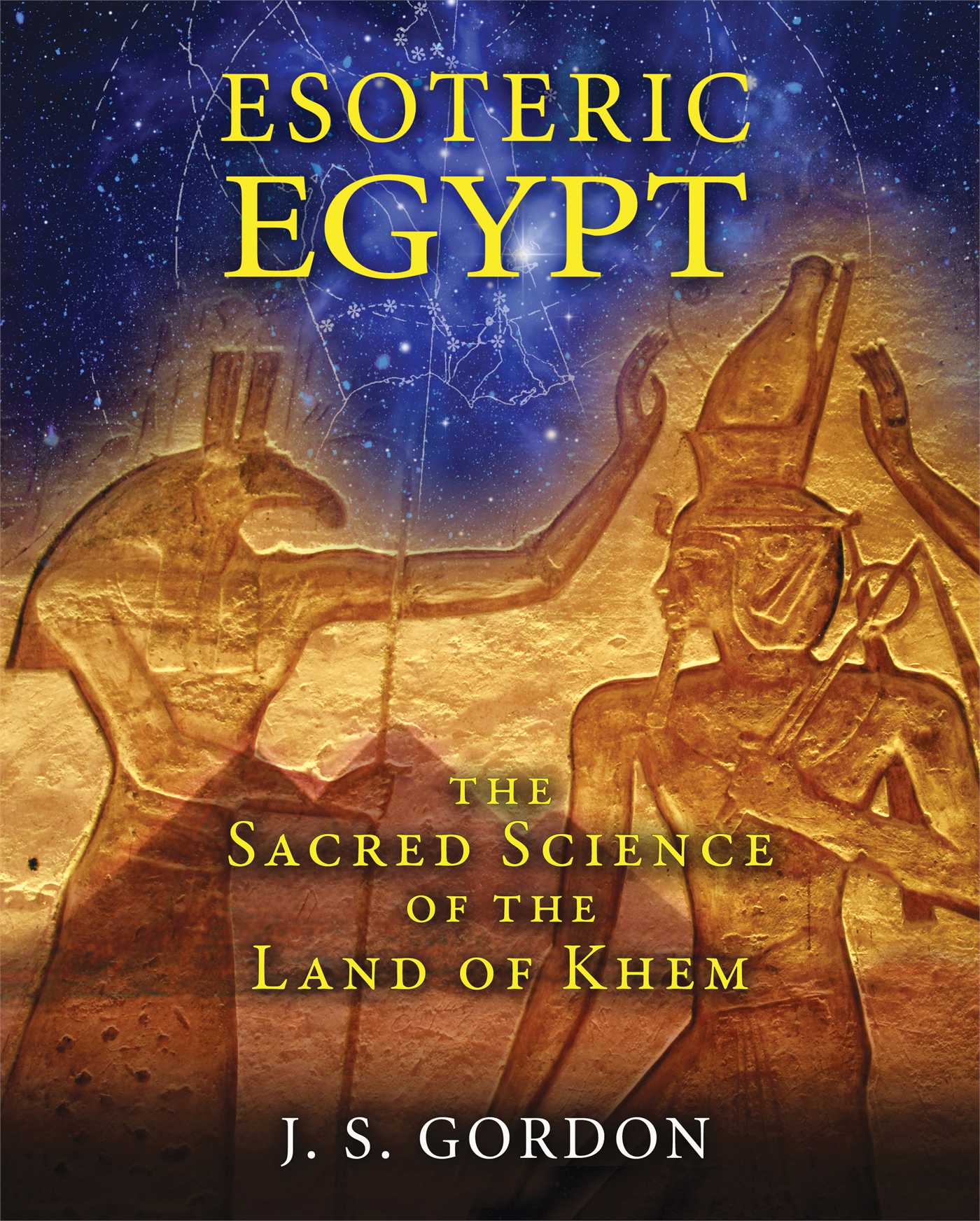 The Sacred Science of the Land of Khem

A study of the 100,000-year-old spiritual science of ancient Egypt

• Examines the metaphysical structure of our universe as seen by the ancient Egyptians, Greeks, and Celts, showing that each is based on the same central concepts from time immemorial

• Explains the connections between the movements of Orion and Sirius and the story of Osiris and Isis, the importance of the Pleiades and circumpolar stars to the Egyptians, and the fundamental unity of the Egyptian pantheon

• Investigates the people who colonized greater Egypt 100,000 years ago, descendants of the Atlanteans

In Esoteric Egypt, J. S. Gordon reveals how the sacred science and wisdom tradition of ancient Egypt--the Land of Khem--stems from an advanced prehistoric worldwide civilization. Examining the metaphysical structure of our universe as seen by the ancient Egyptians, Greeks, and Celts, he shows that each tradition is merely a variation on the central concepts of the precession of the equinoxes and the obliquity of the ecliptic pole. He explores the connections between the cyclical movements of Orion and Sirius and the story of Osiris and Isis, the importance of the Pleiades and the circumpolar stars, and the ancient tradition of man as a divine being “born from the substance of the stars.” He investigates the people who colonized greater Egypt 100,000 years ago, the progenitors of ancient Egyptian civilization descended from the 4th- and 5th-Root Race Atlanteans.

Gordon explores the magical and esoteric meanings behind Egyptian sacred ritual and temple art, drawing parallels to the Mystery School process of initiation. Explaining the fundamental unity of the Egyptian pantheon and the structure of the after-death state, he shows that the Egyptians clearly believed in reincarnation and a spiritual evolutionary process. Revealing the ancient sacred science of the Land of Khem, teachings passed down from the earliest times, he examines the psychospiritual nature of the human being and the function of our spiritual identity and our souls.

Chapter Six
Man, The Multiple Being

To understand the nature of ancient Egyptian thought as regards both mankind and the nature of Matter and manifest existence, we have to commence from their perception of there being a fundamental distinction between an organic entity and the many faceted spirit that animated it. As far as they were concerned, the spirit was an emanation of divinity itself and was therefore both eternal and incorruptible. The organism, however--on whatever plane(s) of being it existed--was made up of a multiplicity of spirit natures, gathered within a spectrum of soul entities, like the very cells in our own bodies. It was these latter which, when brought together by the principle of Mind, produced the organic entity that was subject to the process of Life and Death. Thus we are told in the Hermetica:

You must understand that every living body, be it immortal or mortal, rational or irrational, is composed of matter and soul . . . and there is likewise soul by itself, laid up in the Maker’s keeping, for soul is the substance of which Life is made. How then can the life which is in the immortals be other than the life which is in mortal creatures?

Over the temple doorway we see the double serpent-headed, triple winged solar disk, which the ancient Egyptians called Kneph (the Greek Cnophis). This archetypal image is symbolic of the threefold Eternal Spirit and the dual soul supporting the sphere of individualized Being, the name derived from K (or Kh) and Nef--the latter being the first part of the word Nefer (from which the Hebrew Nephesch is also derived). Now, as Nefer-Tem was the son of Ptah and Sekhet, and Ptah was born immaculately from an egg that emerged from the mouth of Kneph, the symbolic relationships appear self-evident. The fact that the Kneph symbol was always found over temple doorways is indicative of the fact that only the Spirit was regarded as being able to pass back and forth between different soul-states (thus different rooms).

As regards the overshadowing (kosmic) Mind which brings together the many soul types to produce either the mortal or immortal entity, we are told:

The Mind cannot naked and alone take up its abode in an earthly body. A body of Earth could not endure the presence of that mighty and immortal being; nor could so great a power submit to contact with a body defiled by passion. And so the Mind takes to itself the soul for a wrap. . . . Mind, which is the keenest of all things incorporeal, has for its body Fire, the keenest of all the material elements. Mind is the maker of all things and in making things, it uses Fire as its instrument.

Arising out of this latter statement we then find the basis of instinctive Intelligence as a homogeneous principle in Universal Nature:

These three quotations from the esoteric teachings of the Egyptians provide us with a rationale for understanding their view of Man as a multiple being--in both his macrocosmic and microcosmic personae--whose Mind utilizes both Soul and the two polarities of Spirit-Matter through which to express itself. They also awaken us to the fact that the Egyptians saw the universe as having a dynamic rationale of its own, which clearly does not coincide with modern man’s rather self-centered view of things. The latter of course provides a fertile source of constant conflict in our own subjective nature--until we realize what we essentially are (in spiritual terms) and why such conflicts arise. The Ancients took the view that while Universal Matter was entirely subservient to the Will and Purpose of the Logos as expressed via the focused and spiritually self-conscious Mind of Man, mankind’s unconscious subjective activity is the source of all problems.

In chapter 5 we looked at the divine and semi-divine nature of Man and the sequence of unfoldment of his consciousness from these elevated states of being down through the various planes of solar existence. We shall take a closer look at some of these aspects and the way the ancient Egyptians adapted their social and religious beliefs and customs to ensure their properly sympathetic association with the structure of the inner Man. First let us summarize the various aspects as follows:

J. S. Gordon (1946-2013) held a master’s degree in Western Esotericism from the University of Exeter and was a senior fellow of the Theosophical Society of England, where he lectured on ancient history and metaphysics. Known for his in-depth knowledge on the ancient Egyptian mystical tradition, he wrote several books, including The Path of Initiation and Land of the Fallen Star Gods.

“More than anyone else I’ve known, John Gordon shows a deep insight into the esoteric mind-set of the ancient Egyptians. I fully recommend this book to all who want to understand and relate to ancient Egypt’s spiritual message.”

“In his last book, Esoteric Egypt, the late John Gordon delves deeply into the origin of ancient Egyptian beliefs and explains the mystery of their symbolism about Man and the Cosmos. It was in Egypt that man first recognized his two dimensions: physical and spiritual. While the body dies, the spirit joins the heavenly beings awaiting resurrection.”

– Ahmed Osman, author of The Lost City of Exodus and Moses and Akhenaten

The Sacred Science of the Land of Khem