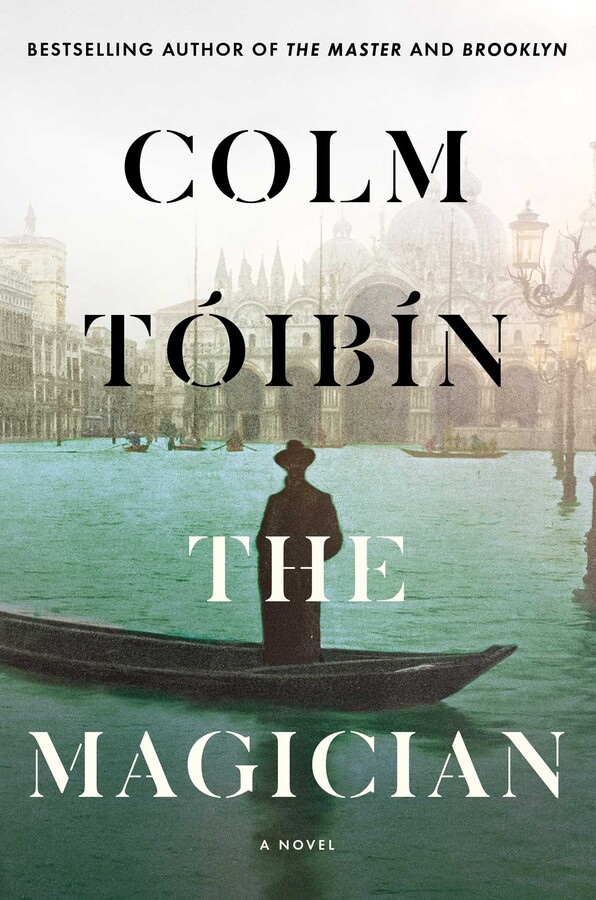 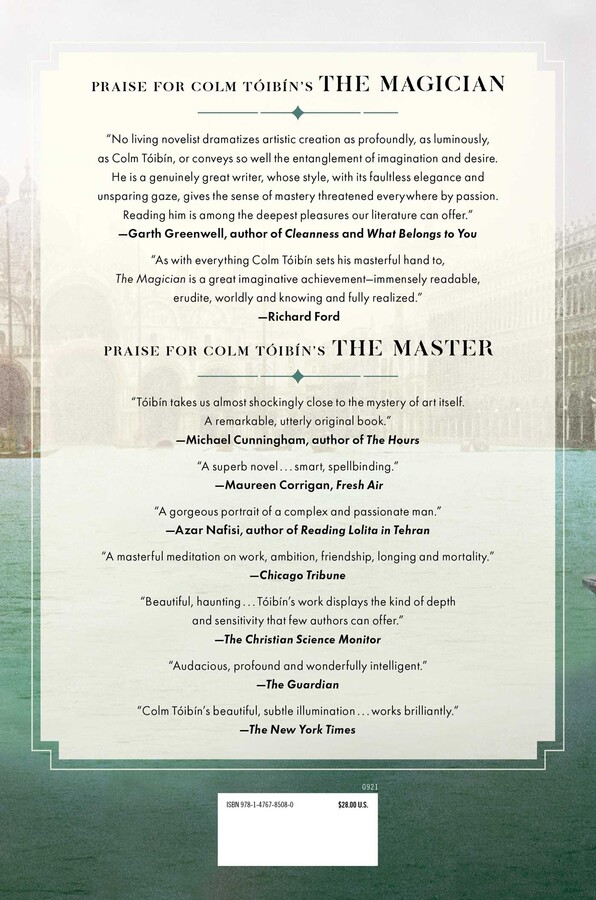 By Colm Toibin
LIST PRICE $28.00
PRICE MAY VARY BY RETAILER

From one of today’s most brilliant and beloved novelists, a dazzling, epic family saga set across a half-century spanning World War I, the rise of Hitler, World War II, and the Cold War.

Colm Tóibín’s magnificent new novel opens in a provincial German city at the turn of the twentieth century, where the boy, Thomas Mann, grows up with a conservative father, bound by propriety, and a Brazilian mother, alluring and unpredictable. Young Mann hides his artistic aspirations from his father and his homosexual desires from everyone. He is infatuated with one of the richest, most cultured Jewish families in Munich, and marries the daughter Katia. They have six children. On a holiday in Italy, he longs for a boy he sees on a beach and writes the story Death in Venice. He is the most successful novelist of his time, winner of the Nobel Prize in literature, a public man whose private life remains secret. He is expected to lead the condemnation of Hitler, whom he underestimates. His oldest daughter and son, leaders of Bohemianism and of the anti-Nazi movement, share lovers. He flees Germany for Switzerland, France and, ultimately, America, living first in Princeton and then in Los Angeles.

In a stunning marriage of research and imagination, Tóibín explores the heart and mind of a writer whose gift is unparalleled and whose life is driven by a need to belong and the anguish of illicit desire. The Magician is an intimate, astonishingly complex portrait of Mann, his magnificent and complex wife Katia, and the times in which they lived—the first world war, the rise of Hitler, World War II, the Cold War, and exile. This is a man and a family fiercely engaged by the world, profoundly flawed, and unforgettable. As People magazine said about The Master, “It’s a delicate, mysterious process, this act of creation, fraught with psychological tension, and Tóibín captures it beautifully.” 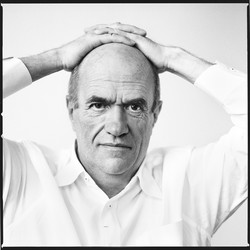 Praise for The Magician

"The tenth novel from the Booker Prize-winning author of The Master and Brooklyn is an intimate portrait of one of the 20th century’s most intriguing literary figures: Thomas Mann. As he did with Henry James in 2004’s The Master, Tóibin blends the factual with the imagined—following Mann and his complex family through the first world war, the rise of Hitler, World War II, and exile—to conjure the rich inner life, and repressed sexuality, of a man 'whose gift is unparalleled and whose life is driven by a need to belong and the anguish of illicit desire.'"
—LitHub

"This vibrates with the strength of Mann’s visions and the sublimity of Tóibín’s mellifluous prose. Tóibín has surpassed himself."
—Publisher's Weekly, starred

"The personal and public history is compelling ... Tóibín succeeds in conveying his fascination with the Magician, as his children called him, who could make sexual secrets vanish beneath a rich surface life of family and uncommon art. [The Magician is] an intriguing view of a writer who well deserves another turn on the literary stage."
—Kirkus, starred review

"As with his triumphant fictional biography of Henry James, The Master (2004), Tóibín once again takes as his subject a literary titan, the Nobel laureate Thomas Mann ... Employing luxurious prose that quietly evokes the tortured soul behind these literary masterpieces, Tóibín has an unequalled gift for mapping the interior of genius. In Mann, Toibin finds the ideal muse, one whose interior is so rich and vast that only a similar genius could hope to capture it."
—Booklist, starred review

"As with everything Colm Toibin sets his masterful hand to, The Magician is a great imaginative achievement—immensely readable, erudite, worldly and knowing, and fully realized."
—Richard Ford

"This is not just a whole life in a novel, it’s a whole world – with all its wonders, tragedies and sacrifices. I loved every page of this beautiful and immersive journey into The Magician’s mind."
—Katharina Volckmer author of The Appointment

Praise for The Master

"A spectacular novel."
—Alice Sebold, author of The Lovely Bones

"A gorgeous portrait of a complex and passionate man."
—Azar Nafisi, author of Reading Lolita in Tehran

"Tóibín takes us almost shockingly close to the mystery of art itself. A remarkable, utterly original book."
—Michael Cunningham, author of The Hours

"A deep, lovely, and enthralling book that engages with the disquiet and drama of a famous writing life."
—Shirley Hazzard, author of The Great Fire

“A classical coming-of-age story, pure, unsensationalized, quietly profound… There are no antagonists in this novel, no psychodramas, no angst. There is only the sound of a young woman slowly and deliberately stepping into herself, learning to make and stand behind her choices, finding herself.”
—Pam Houston, O, the Oprah Magazine

“Reading Tóibín is like watching an artist paint one small stroke after another until suddenly the finished picture emerges to shattering effect…. Brooklyn stands comparison with Henry James’s The Portrait of a Lady.”
—The Literary Times Supplement

“[A] triumph… One of those magically quiet novels that sneak up on readers and capture their emotions.”
—USA Today

By Colm Toibin
LIST PRICE $28.00
PRICE MAY VARY BY RETAILER