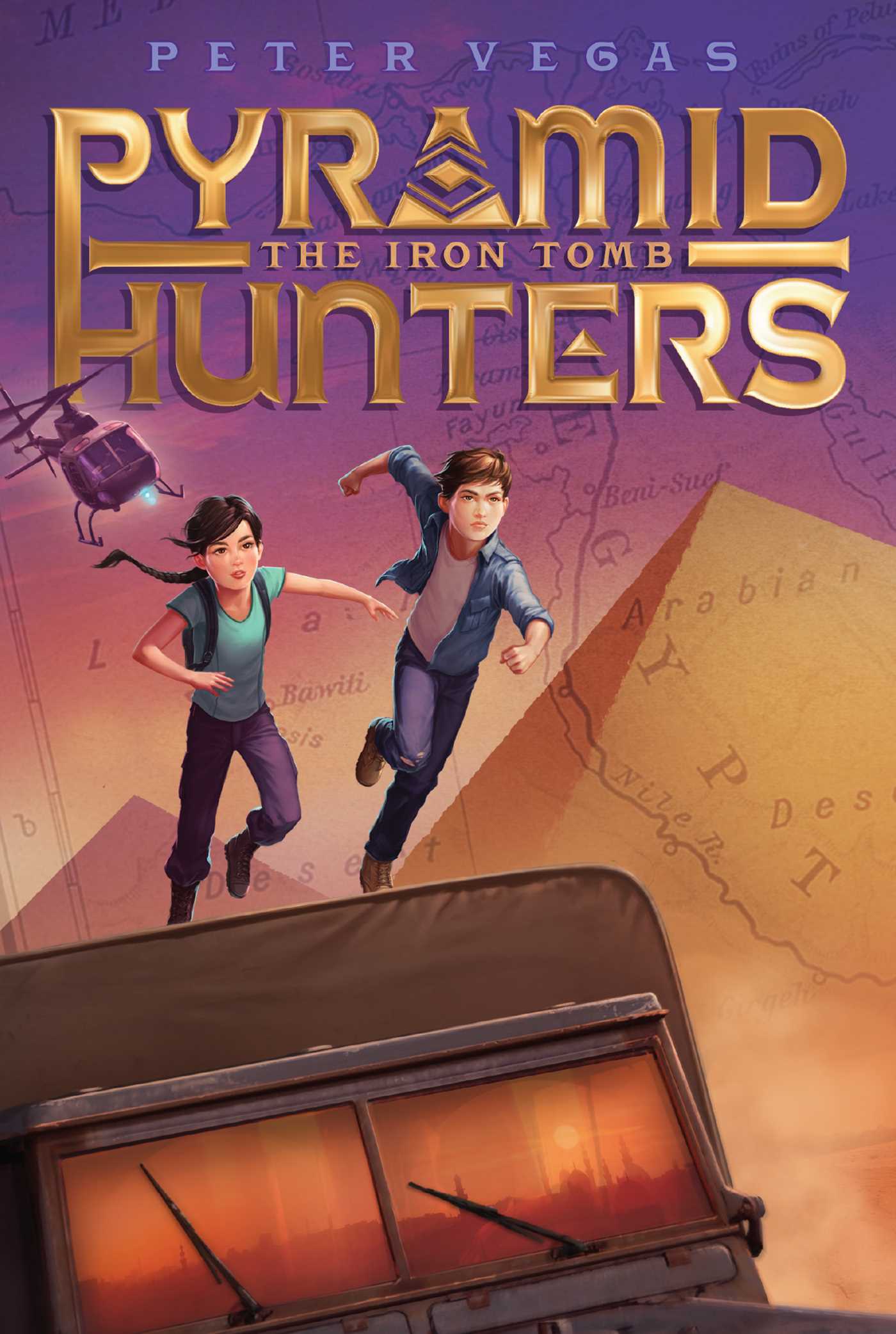 Join Sam Force on a fast-paced adventure through Egypt that’s a mix of “Indiana Jones, National Treasure, and The Da Vinci Code” (School Library Journal) with the start to a brand-new series packed with puzzles and clues for readers to figure out along the way!

When Sam Force goes to Egypt to spend the summer with his uncle Jasper, he’s ready for the usual vacation filled with museums and lessons about the pharaohs and ancient gods. Instead, Sam arrives at the airport and learns that his uncle is missing and wanted by the police.

After narrowly escaping his own arrest, Sam sets off to find his uncle using the series of clues that Jasper left behind. But a group of mysterious men are hot on his trail, and Sam knows they’re willing to do whatever it takes to track down Jasper and whatever Jasper was looking for.

Now all Sam has to do is find it first.

With the help of his new friends Hadi and Mary, and using the knowledge of ancient Egyptian history and culture that he once hated, Sam makes his way across Egypt determined to find his uncle. And if he does, if he finds Jasper before it’s too late, he may also uncover the secret of the Iron Tomb…a secret that could change Sam’s life forever.

The Iron Tomb
Five days earlier
1 BUMS ON SEATS
“YOUR PHARAOH HAS A BIG bum,” said the girl in 18B.

Sam stopped sketching, but he didn’t look up. He had a few rules for plane trips. Actually, he had three:

Always try for two cans of Coke when the drinks cart rolled by.

Always avoid conversation with the person in the seat next to him.

Sam had survived the eight-hour flight from New York to London without one word passing between him and the elderly Indian man next to him. He had also enjoyed a semi-dehydrated chicken breast, stuffed with something orange that the menu claimed was an apricot, and four cans of Coke. The second leg of the journey was the four-hour flight to Cairo. They’d made it just over halfway before the girl finally spoke.

Sam had been happy when he first saw her. He had just taken his seat when a huge Egyptian man began stuffing his backpack into the overhead locker above Sam’s head. He wasn’t fat, just really, really big. Big, like a professional wrestler or scary bodyguard for some sheikh. That, Sam thought, wasn’t out of the question, seeing as the flight was heading to the Middle East.

Spillover was one of the many downsides to flying in the cramped confines of economy class. Sam shuddered at the thought of losing half his seat to the fleshy overflow of the man mountain next to him. The only upside was that he didn’t look like much of a talker. But Sam was still relieved when a girl with shoulder length brown hair, who looked about thirteen—his age too—squeezed past the giant Egyptian and slid into seat 18B.

Now, two hours into the flight, she went and wrecked everything by speaking.

It wasn’t that Sam was antisocial or had a problem with girls, he just hadn’t hung out with many. That was one of the downsides of being at St. Albans, the all-boys boarding school he attended in Boston.

Girls weren’t a completely unknown quantity. There were girls in the mixed rowing team he was part of, and sometimes, after practice on a Saturday, they’d all go out for a pizza or a movie. The outings were always supervised by one of the dorm teachers, but on those Saturday nights he could almost imagine what it was like to go to a normal school, where he would talk to girls on a daily basis. But he’d never pictured it happening at thirty thousand feet.

From the snippets of conversation Sam had heard between the girl and the air hostess, she sounded friendly enough. Under normal circumstances Sam imagined they could probably find stuff to talk about.

But it wasn’t normal circumstances. They were on a plane.

Sam worked out pretty quickly that his aversion to airplane small talk was a direct result of the fact that he was always traveling alone. The person who ended up seated next to him would see a thirteen-year-old by himself and assume he was feeling lonely, perhaps a little nervous, and could do with a friend on the long flight ahead. It would start with a cheerful introduction and then, because they were on a plane, there would be an inquiry about Sam’s destination. From there it was only a matter of time until the conversation led to questions about the whereabouts of Sam’s parents. And therein was the problem: Sam was sick and tired of telling strangers about his parents. Instead, he had come up with several techniques to kill such a conversation before it could start.

Pretending to sleep was the simplest and the most effective. Unfortunately, it meant he almost missed out on the free Cokes and chicken, so he used this only in extreme situations.

Headphones on, music up, and a blank stare out the window worked well, but Sam’s favorite method was to pull out his sketch pad and start drawing. Given that this was how he spent a lot of his spare time after school, it wasn’t hard at all, and half the time it also helped him forget he was crammed on an airplane in the first place.

Sam liked to draw. He found it easy to tune out everything except the lines he was making on the page. When he combined this with his headphones, it was almost guaranteed to prevent fellow travelers from trying to break the ice. Unfortunately for Sam, this time his drawing had worked against him.

Only a few seconds had passed since the girl’s comment on his pharaoh’s rear end, but the clock was ticking, and the gap would soon become an awkward silence. He couldn’t avoid conversation without looking like a weirdo, so Sam scrambled for a response that acknowledged her comment without opening the door to a full-blown conversation.

But before he could speak, the girl jumped back in again.

“With a bum like that he definitely wouldn’t be sitting in one of these seats,” she said, thumping the armrest between them. “He’d be up front in business class, don’t you think?”

Sam nodded and couldn’t help smiling. “I bet that guy sitting behind you wishes he was up in business,” he whispered, nodding toward the man. “It’ll probably take a couple of air hostesses to pull him out of his seat.”

“You mean Bassem,” said the girl, glancing over her shoulder.

Sam’s face dropped. “I . . . I didn’t realize you were traveling with him,” he offered apologetically. But if he expected her to take offense, he was mistaken.

The girl laughed. “Believe it or not,” she said, her voice rising, “he’s one of the smallest in his family. Aren’t you, Bassem?”

Sam cringed as the girl turned to face the Egyptian giant, but the man didn’t move. He’d had his face buried in a book since takeoff and he either didn’t hear the girl or had chosen to ignore her.

She turned back to Sam, unfazed by the lack of response. “Bassem’s not big on talking . . . just big. I’m Mary, by the way.” She stuck out her hand. “And you’re Sam Force.”
Peter Vegas

Peter Vegas lives in Auckland, New Zealand, with his wife, daughter, two dogs, and a motorbike. He draws and writes at night and practices the dark arts of advertising during the day. His little corner of the Internet is PeterVegas.com. Peter Vegas is the author of the Pyramid Hunters series.