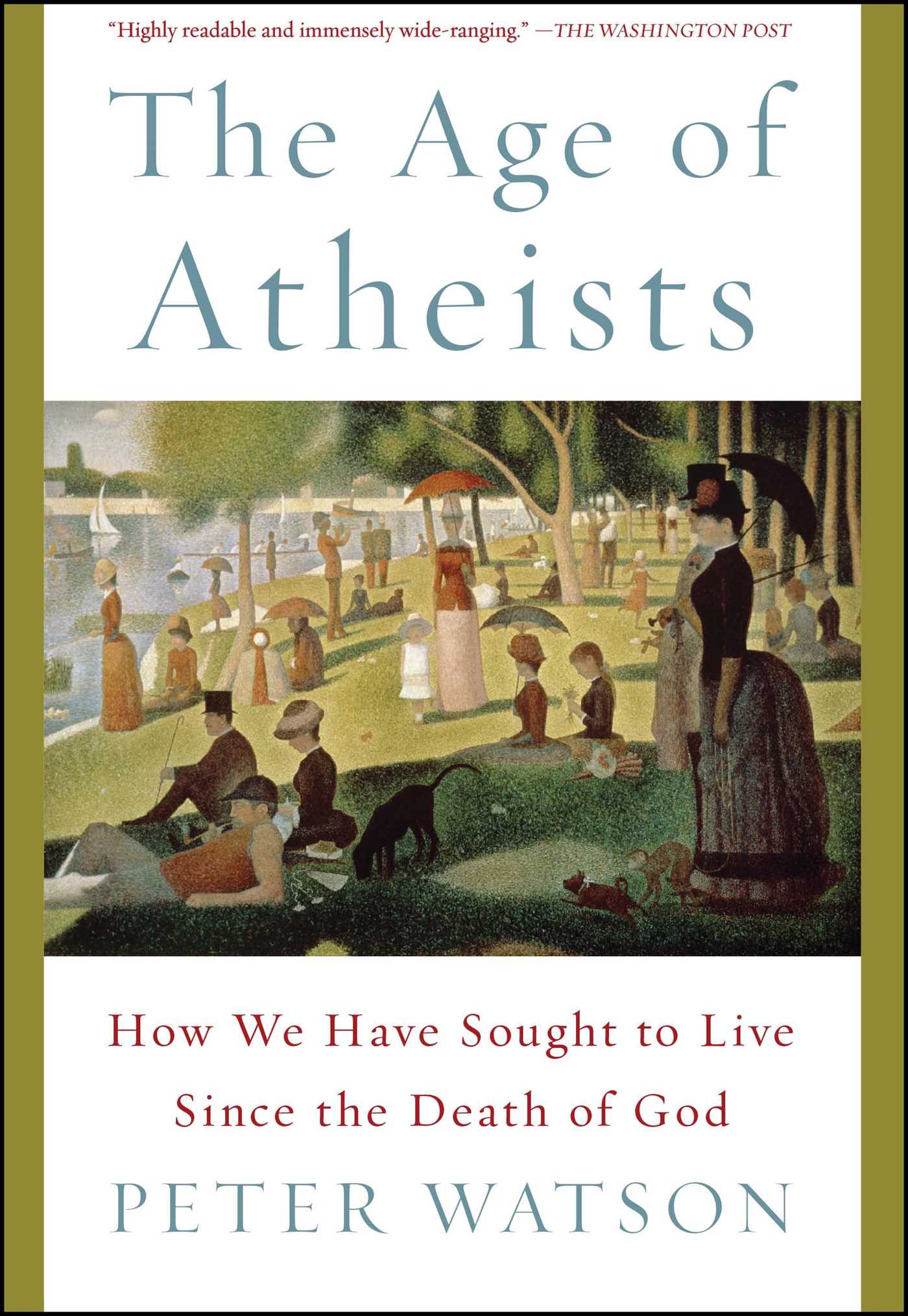 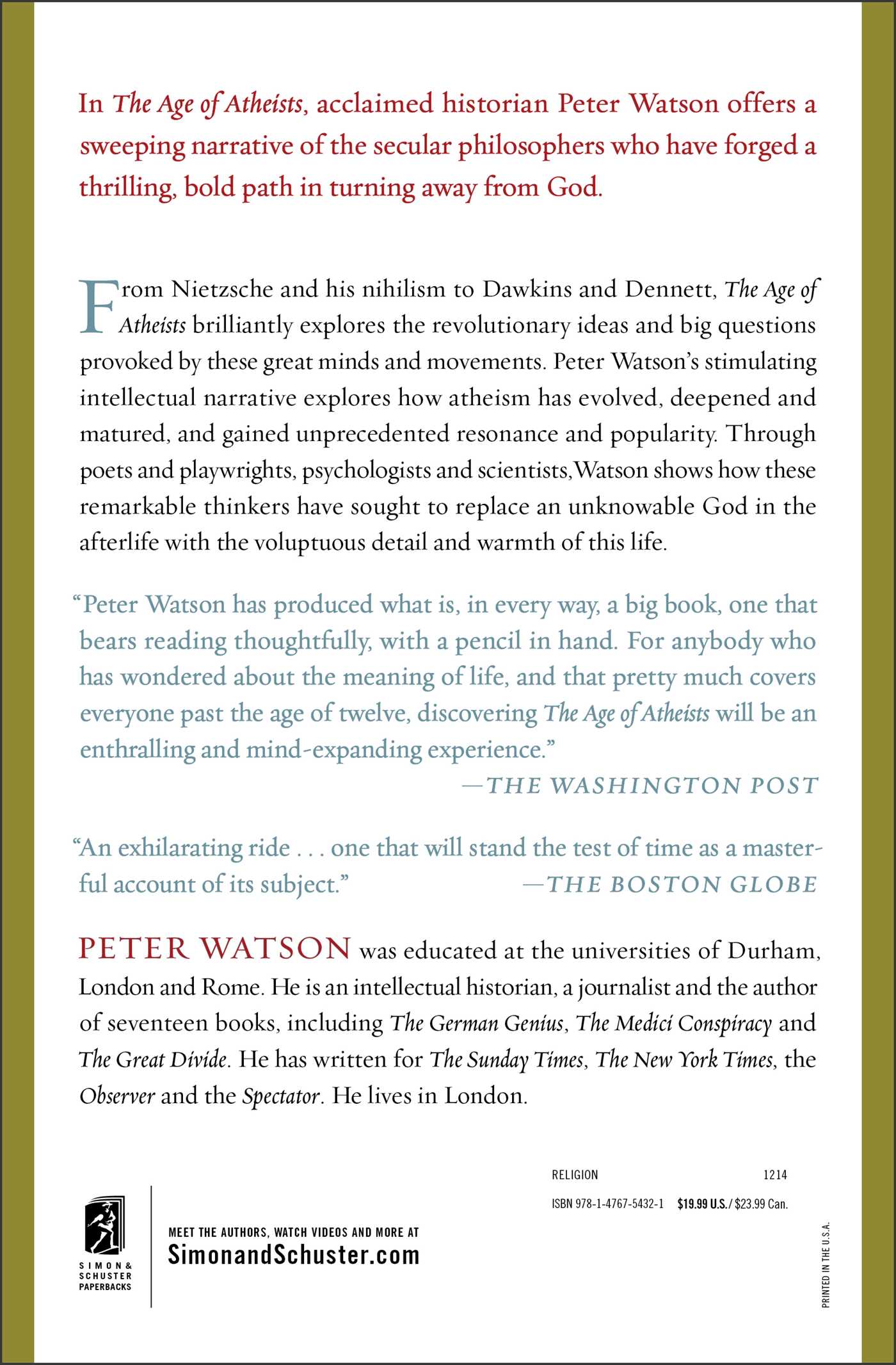 By Peter Watson
LIST PRICE $21.00
PRICE MAY VARY BY RETAILER

A Publishers Weekly Best Book of 2014

From one of England’s most distinguished intellectual historians comes “an exhilarating ride…that will stand the test of time as a masterful account of” (The Boston Globe) one of the West’s most important intellectual movements: Atheism.

In 1882, Friedrich Nietzche declared that “God is dead” and ever since tens of thousands of brilliant, courageous, thoughtful individuals have devoted their creative energies to devising ways to live without God with self-reliance, invention, hope, wit, and enthusiasm. Now, for the first time, their story is revealed.

A captivating story of contest, failure, and success, The Age of Atheists sweeps up William James and the pragmatists; Sigmund Freud and psychoanalysis; Pablo Picasso, James Joyce, and Albert Camus; the poets of World War One and the novelists of World War Two; scientists, from Albert Einstein to Stephen Hawking; and the rise of the new Atheists—Dawkins, Harris, and Hitchens. This is a story of courage, of the thousands of individuals who, sometimes at great risk, devoted tremendous creative energies to devising ways to fill a godless world with self-reliance, invention, hope, wit, and enthusiasm. Watson explains how atheism has evolved and reveals that the greatest works of art and literature, of science and philosophy of the last century can be traced to the rise of secularism.

From Nietzsche to Daniel Dennett, Watson’s stirring intellectual history manages to take the revolutionary ideas and big questions of these great minds and movements and explain them, making the connections and concepts simple without being simplistic. The Age of Atheists is “highly readable and immensely wide-ranging…For anybody who has wondered about the meaning of life…an enthralling and mind-expanding experience” (The Washington Post).

Peter Watson is an intellectual historian, journalist, and the author of thirteen books, including Convergence; Ideas: A History; The Age of Atheists; The German Genius; The Medici Conspiracy; and The Great Divide. He has written for The Sunday Times, The New York Times, the Observer, and the Spectator. He lives in London.

By Peter Watson
LIST PRICE $21.00
PRICE MAY VARY BY RETAILER