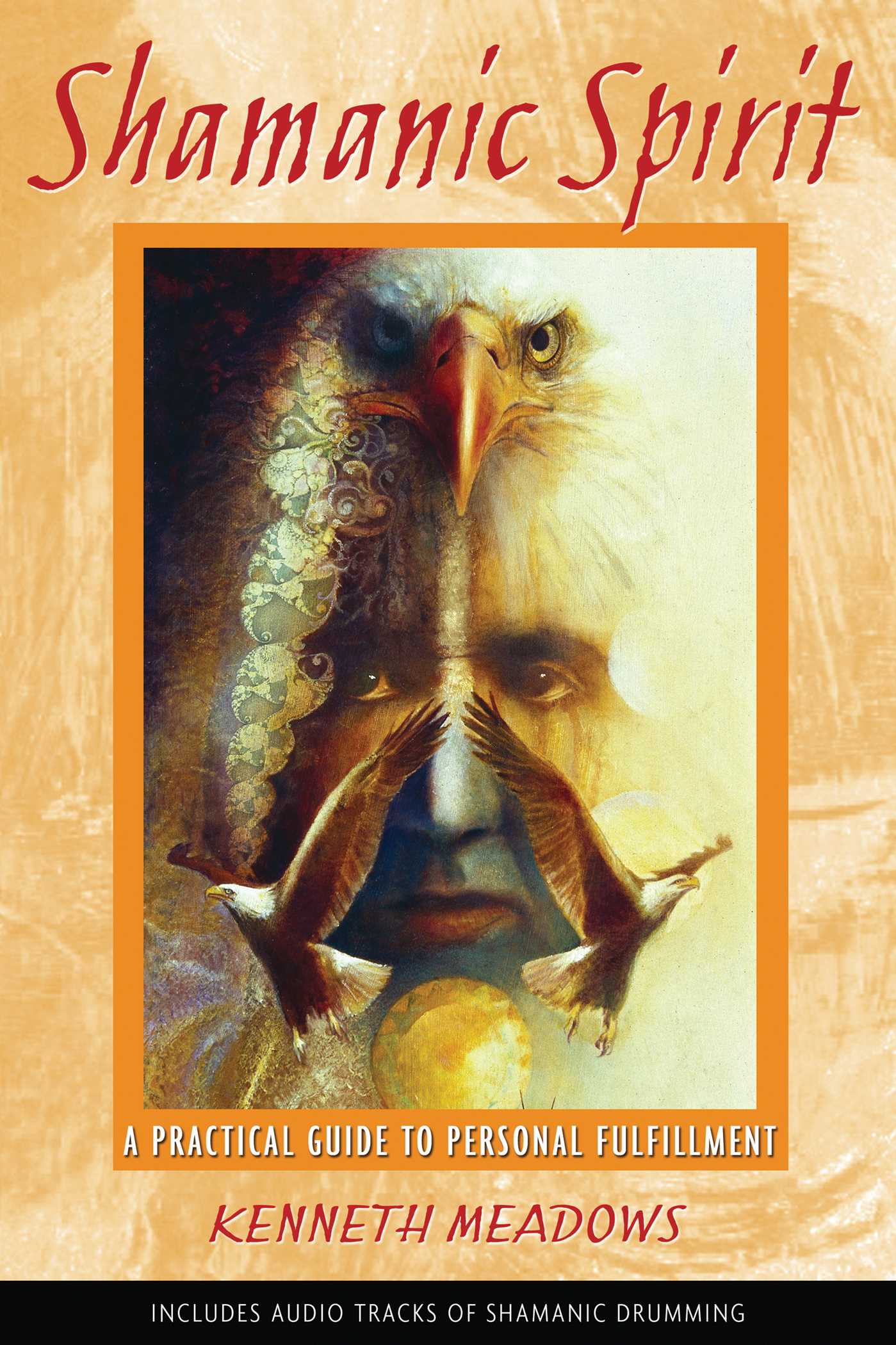 By Kenneth Meadows
LIST PRICE $14.99
PRICE MAY VARY BY RETAILER

• Written by the author of Earth Medicine and Shamanic Experience

Those of us who live in the so-called “advanced” modern world have been educated to use our minds and encouraged to satisfy our physical needs. But in so doing, we have become isolated from the very essence of our existence as individuals--our own spirit. In Shamanic Spirit Kenneth Meadows introduces Shamanics, his spiritual science of living, which recognizes the primacy of the spirit and acknowledges that spirit is inherent in all living beings and life forms. Shamanics is a practical way of becoming aware of our multi-dimensional reality and using that awareness to cultivate and refine the spirit within.

Using the symbolic structure of the Medicine Wheel--which helps us establish a sense of direction, extend perception, and examine relationships--Meadows presents 33 hands-on experiential exercises that help readers discover the truth about themselves. His approach also draws upon and integrates universal shamanic concepts from such regions as the Americas, Europe, the Middle East, India, China, and Polynesia to show readers how to release their dormant potentials, generate creativity, and meet the challenges of their lives with confidence and self-assurance.

Chapter Four
The Reality of the Mind

The Shaman’s Cosmos
Since prehistory, shamans have perceived Reality as functioning on three, or possibly four, levels. A tree was often used as a symbolic aid to an understanding of different states of being and other dimensions of existence. Materialistic science accepts that trees serve as protectors of the environment and that without them the atmosphere would be contaminated with an excess of carbon dioxide. In ancient times, trees were regarded also as symbolic “guardians” of levels of being. This was because, in the transition from ordinary to non-ordinary reality, the patterns of protective forces between the dimensions were frequently imaged in the mind as trees. Trees have long been a symbol of the reality of multi-dimensional existence. The trunk of a tree represents the individual in relation to physical existence, grounded to the Earth and with access to the deepest levels of the Unconscious, where potentials lie hidden beneath the surface. The noblest aspects, represented by the topmost branches, reach upwards to touch the sky and Cosmic consciousness and “the Place of Creativity.” The trunk was often referred to as the “Middle World”--“the Place of Manifestation”--between Heaven and Earth. The surface of the ground where trunk meets roots, indicates a need to be grounded so that personal development and the cultivation of the Spirit can take place in an organic or natural way. This is the realm of subconscious activity and it was often referred to as the “Lower World” and “the Place of Empowerment.” The deeper roots, reaching down into subterranean levels, indicate contact with the depths of the Unconscious where our potentials lie hidden. This “Place of Potentials” was also called the “Under-world. The branches of the tree indicate spiritual aspirations reaching up to the Heavens, with the leaves quivering in expectancy of the Divine touch. This is the Realm of the Soul and was often referred to as the “Upper World.” Indigenous peoples thus had high regard for trees. Native Americans called them “the Standing People,” because they stayed where their roots were and could impart great wisdom to humans whose hearts and minds were open enough to receive their message. They treated trees with respect and were not only attuned to them but could actually communicate with them! Cynics may scoff at the idea that communication is possible between trees and humans, but that cynicism is born of an ignorance of the spiritual ecology and they are thus cut off from any knowledge of such realities. Of course, communication is not possible physically, because trees have no mouth or larynx; nor is it possible on a mental level, except in a fantasy of the imagination. But it is possible for the Spirit of a human being to communicate directly with the Spirit of a tree!

Trees draw their sustenance from the Sun and from the Earth and the atmosphere that surrounds them, and they vibrate in harmony with the life pulse of the Earth itself. Indeed, what the Earth experiences in her nurturing of trees is similar to the feelings a human mother has while breast-feeding her baby. It is appropriate, therefore, that our early work with Shamanics should include experience of being still. We need to learn not only how to be physically still, like a tree, yet fully alert, but also how to still our thoughts so our awareness can be focused on inner growth and inner development, as a tree’s is. We need to be able to stem the constant flow of thoughts that rush through the mind and intrude on our awareness, and to be able gently to push aside the Ego so that it is no longer “in control.” We can then become “connected” with our own Spirit just by allowing ourselves to “be.” Here, then, is a learning experience that has been gathered personally from a tree. It is what a tree taught me about how to be “actively” still.

Standing without moving is not doing nothing. It is a powerful energy generator which can have a profound empowering effect. It can increase vitality, rejuvenate the physical body and stimulate the mind. It can improve the body’s natural immunity and help to regenerate the nervous system. And for older people it can even slow the ageing process.

Standing in the midst of the elements, a tree draws its strength from the Earth and from a field of energy around it. You can do likewise. The ideal place to undergo this standing Experience is out of doors in the presence of a tree or trees.

Stand with your feet shoulder-width apart and your toes pointing forward or just slightly outward. Bend your knees slightly but keep your back straight, assuming a stance like riding a horse. Your body weight should be evenly distributed and balanced on the soles of your feet. Keep your head erect. Your arms should hang loosely, with the palms of your hands upturned to form a bowl and the middle fingers just touching in an area slightly below the navel.

Breathe normally. Don’t tense yourself in any way. Breathe in through the nose and out through the mouth.

Close your eyes and focus your attention on the top of your head. Just allow your awareness to be on top of your head. Don’t exercise any particular thought about it, but do take notice of any sensations you may experience as you do so, or any impressions or images that spring into the mind, or any “gut” feelings you may have.

"The Shamanics approach helps seekers find spiritual truth through their own experiences. . . . evokes a sense of strength and freedom."

By Kenneth Meadows
LIST PRICE $14.99
PRICE MAY VARY BY RETAILER