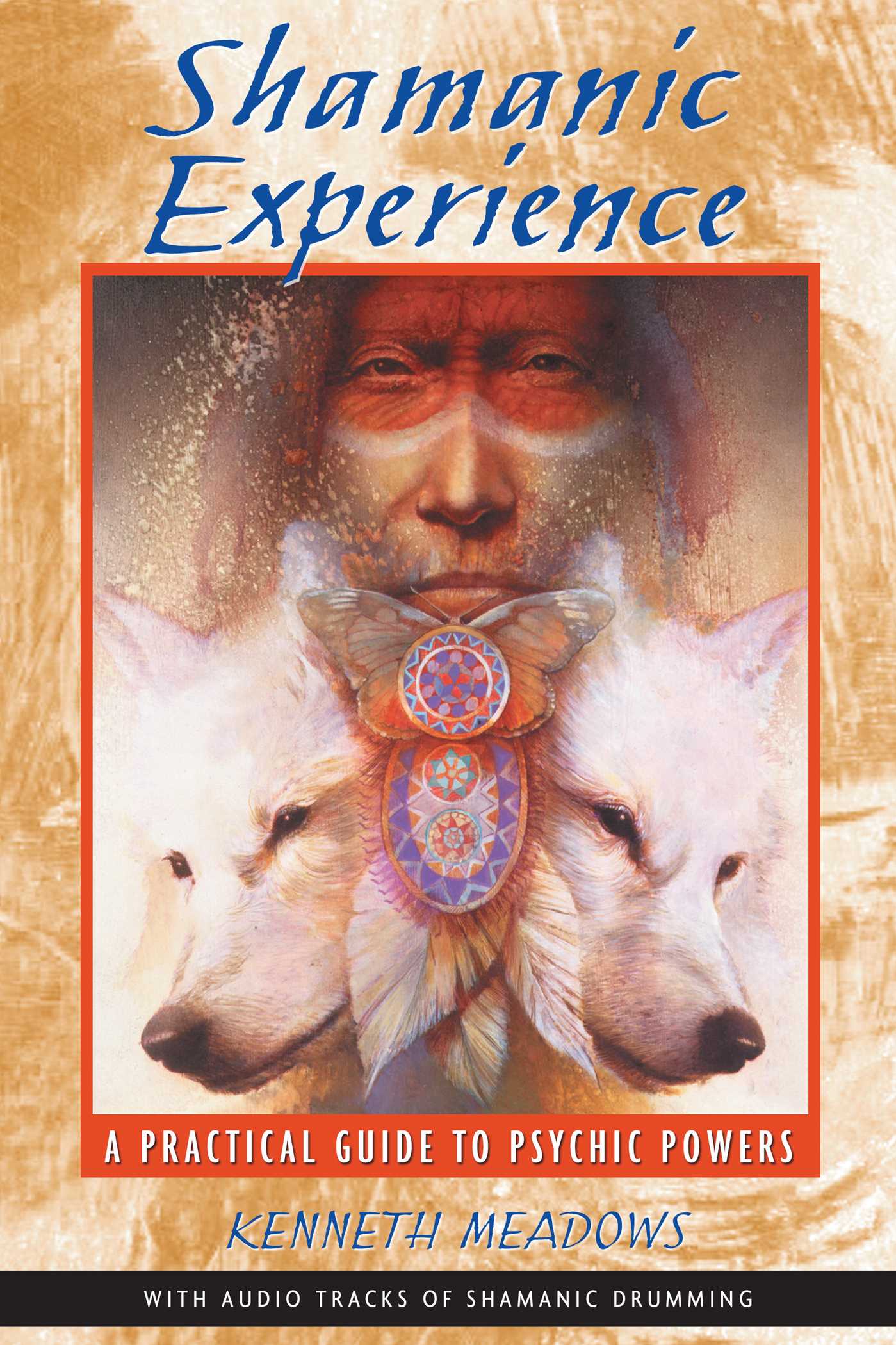 A Practical Guide to Psychic Powers

A guide to shamanic practices for those seeking to develop psychic powers.

- Contains 19 practical exercises based on shamanic practices from around the world.

- Written by the author of Earth Medicine and The Medicine Way.

Motivated by the spirit rather than the intellect, shamanism extends conscious awareness and awakens dormant potential for spiritual wisdom, healing, and personal growth. Shamanic Experience offers a unique opportunity for the Western reader to access the domain of the collective soul through an experiential learning program based on the distillation of shamanic wisdom from cultures and traditions around the world.

THE SHAMANIC JOURNEY IS A TECHNIQUE OF EXPERIENCING dimensions of Inner Space that lie beyond the five physical senses. It enables the awareness to function at levels of perception that are different from ordinary physical reality. So a shamanic journey might be more accurately regarded as a change of frequencies, rather than the traversing of spatial distance, in which the consciousness is able to experience non ordinary realities. It is an experience through which personal empowerment can be obtained, new insight and knowledge gained, and help received in the practical problems of everyday living. Shamanic experience thus has beneficial effects on all aspects of life.
On this visionary journey, the physical body rests (much as it does during sleep) whilst the awareness 'travels' into an inner dimension of existence. This is why shamanic journeys are sometimes described as soul journeys since it is the soul that is engaged, not the mind.
Shamanic journeys are experienced through an altered state of awareness. That which cannot normally be seen and heard because of the limitations of the physical senses, can actually be perceived through 'inner' senses that have been activated. Our physical senses function on a fairly restricted frequency range so our observations and experiences are somewhat limited. It is a bit like having a radio that is equipped only with a medium-wave band; we are unable to receive broadcasts on short- or long-wave frequencies, even though the stations themselves might be quite close to us geographically.
In making such journeys our brain circuits are switched to a different frequency from the one we use in ordinary reality. This produces a change of awareness and a state of shamanic consciousness which is not hypnotic, for the 'traveler' is in complete control of their will and actions at all times; there is no external influence or control. Some describe this condition of shamanic consciousness as a trance, but in my understanding it is not even that, for there is no suspension of sensation or of awareness. Indeed, sensation is actually enhanced and consciousness is expanded. Rather, it is a transcendent state of awareness which might be likened to a waking dream, except that you are in full control. It is attained through relaxation of the physical body and a slowing down of mental activity and brain wave functioning.
As a result of the pioneering work of German psychiatrist Hans Berger in the 1920s, and Nobel Prize winner Edgar Adrian, a British electrophysiologist, in the 1930s, medical researchers have established that the brain is continuously generating electrical currents which pulse through the brain cells. These can be recorded and measured on a moving graph, and the resulting pattern is called a brain wave. The four commonly seen patterns were given the names of letters of the Greek alphabet. An examination of these four waves can help us to understand that shamanic journeying has nothing to do with the so-called 'supernatural', or a dabbling with the 'occult', but exercises a normal functioning of the brain.
When we are awake and fully alert, the brain is functioning quite fast on what are called Beta waves. The Beta state might be described as ordinary consciousness, when normal breathing is around eighteen breaths a minute. When in a very relaxed state or a light sleep, the brain 'slows' considerably and so does the breathing, to around ten breaths a minute. This is the level of Alpha waves. In it consciousness can also experience dreamtime activity. When the brain slows still further, it enters what is called the Theta state. At this level breathing also slows to normally only about four breaths a minute which is the rate of the shamanic breathing technique you learned in Exercise 8. The Theta level of brain activity is at the interface of the unconscious. In it there is a heightened degree of visual imagery and mystical experience becomes possible. Theta is a level of shamanic consciousness and access into deeper regions of the subconscious and of the 'connectiveness' with all things. In attaining it shamanically the Theta level is maintained and one stays fully alert.
When you are unconscious, in a deep sleep, or anaesthetized, the brain slows even further and functions at what is called the Delta wave frequency. At this level breathing slows to only one or perhaps two breaths a minute. It is very difficult to attain a Delta wave rhythm when awake. Some highly skilled shamans are able to do this, but it requires long periods of training and is beyond the scope of this book.
However, it is the Theta level and the less deep Alpha level that we are concerned with here in attaining access to the Other-worlds of the shaman. Their landscape has some similarity with the familiar physical realm--there are mountains and valleys, trees and flowers, rivers, streams and lakes, and even oceans--and makes us feel comfortable and secure. But the physical laws of ordinary reality no longer apply. You can defy the law of gravity as you do in a dream. You can fly! Space and distance are no problem for your travel is not merely supersonic, but superluminal--faster than the speed of light! You can swim like an Olympic champion, dive to great depths without the need of cumbersome underwater equipment, scale high mountains, perform tasks that are beyond the skills of the greatest stuntmen, and even stretch out time--or contract it!
What is observed and experienced in a shamanic journey is just as real and felt just as intensely as ordinary everyday reality. More so, perhaps, because everything that is seen and heard has relevance. Everything that happens has significance--though it may not be fully understood at the time. Even the direction from which things come and go has meaning and purpose in these Other-world experiences.
Kenneth Meadows

"Honestly written, concise and clearly stated, everything in the book serves to help."

A Practical Guide to Psychic Powers