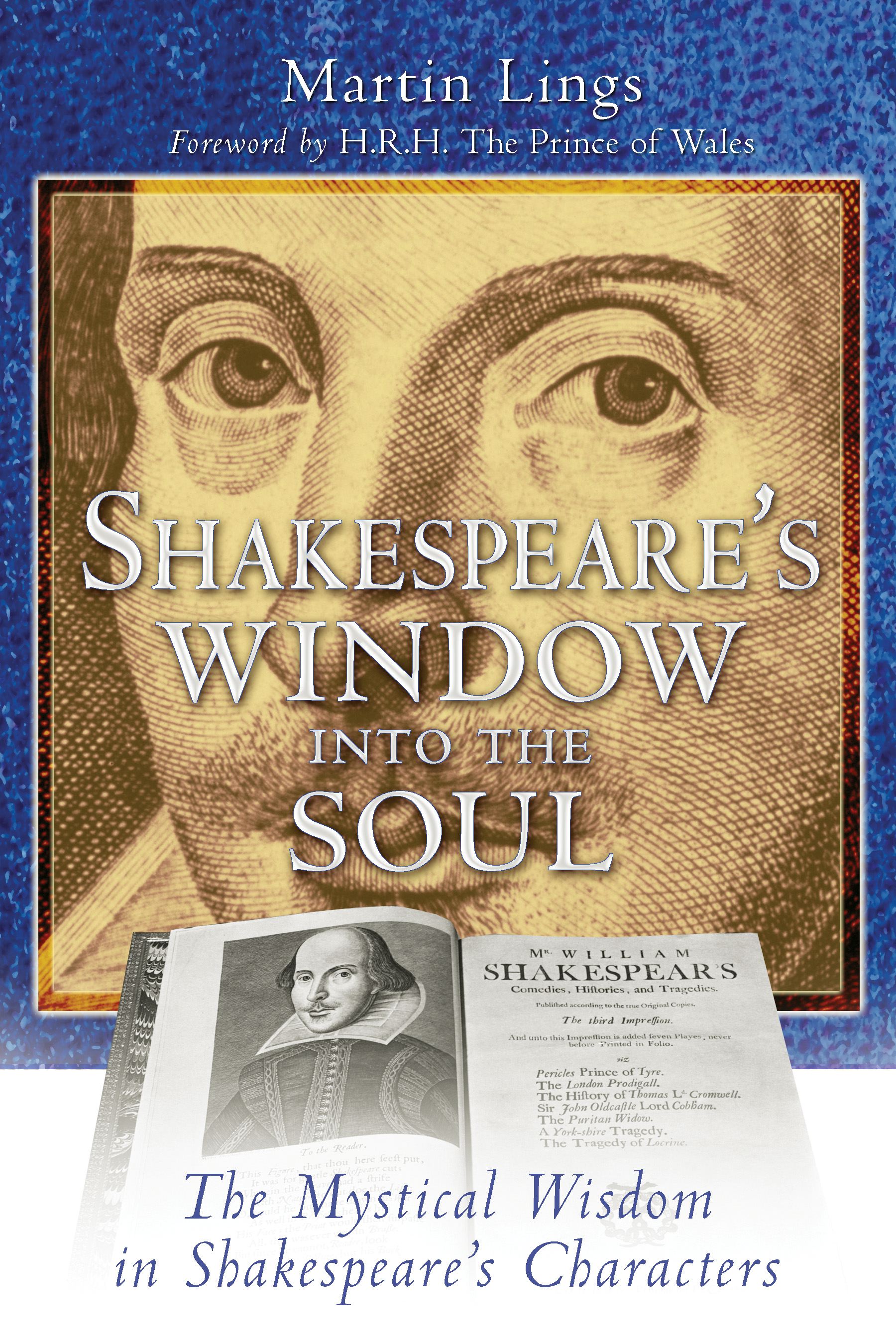 Shakespeare's Window into the Soul

The Mystical Wisdom in Shakespeare's Characters

By Martin Lings
Foreword by H.R.H. the Prince of Wales
LIST PRICE $14.95
PRICE MAY VARY BY RETAILER

A study of the mystical, spiritual, and profound visionary wisdom contained in Shakespeare’s plays

• Reveals the significant mystical symbolism in ten of Shakespeare’s later, more mature, works including Hamlet, Macbeth, and The Tempest

The plays of William Shakespeare are considered among the greatest dramatic works ever written because they transcend both age and time in the truths they convey about human nature. But Shakespeare’s plays, argues author Martin Lings, concern far more than the workings of the human psyche; they are sacred, visionary works that, through the use of esoteric symbol and form, mirror the inner drama of the journey of all souls.

In Shakespeare’s Window into the Soul, Martin Lings provides an in-depth study of Shakespeare’s later, more mature plays, such as Hamlet, Macbeth, King Lear, and The Tempest. By revealing the mystical meaning of these works, Lings not only conveys the dramatic artistry of these masterpieces, but also leaves readers with a deep and lasting impression of the playwright himself and his keen understanding of the passage the soul must make to reach its final sacred union with the divine.

If Hamlet is somewhat haunted by enigma, it is also haunted by madness, first of all the feigned madness of Hamlet, then the unfeigned madness of Ophelia; and the madness is yet another example of escape from the rut of ordinary mental processes. As to the feigned madness of the Prince, one of the play’s lesser enigmas is that Shakespeare never lets his protagonist explain why he has come so immediately to the decision that it is an imperative necessity for him to pretend to be mad. But in this case we can easily take up the Bard’s challenge and fill the gap ourselves. His newfound knowledge of how his father died makes it impossible to continue as before. His words, “I do not set my life at a pin’s fee” (I, 4, 65), are no longer true, for his life has now a purpose to it and must therefore be protected from the danger that besets it. How much easier it would be for Claudius to kill him than it is for him to kill Claudius! Perhaps he is already under a secret sentence of death. If not, he will be under sentence as soon as the suspicions of Claudius are aroused; and he knows that his sincerity, combined with his ultra-sensitivity, would make it impossible for him to hide his loathing for his uncle. Moreover a regicide is bound to be suspicious of others and always on his guard. So is a usurper, and Claudius is both of these at once. But madness, at any rate of the kind that Hamlet would feign, might serve to disarm him somewhat, as far as the madman was concerned; and the mad are usually humored, which would give him more liberty and perhaps more opportunity of fulfilling the task imposed on him. Another reason for the pretense, albeit a secondary one, is that it would relieve the tension for himself. He said, at the end of his first scene: “But break, my heart, for I must hold my tongue!” (I, 2, 159). He will now be able to talk, and even to say many pertinent things. So much for the literal meaning.

Since spiritual wisdom, from a worldly point of view, is a kind of madness, madness can be made to serve as a symbol of spiritual wisdom. Shakespeare avails himself of this possibility more than once in his plays; and in Hamlet the “antic disposition” which the Prince puts on serves above all to underline the drastic change that has taken place in his life. In his soliloquies he shows no trace of madness; but as soon as he has to face the world, that is, when Horatio and Marcellus enter, shortly after the exit of the Ghost, the newfound spiritual outlook that fills his soul almost to bursting point has to find an outlet in what Horatio describes as “wild and whirling words.” It is under cover of this “wildness” that Shakespeare momentarily allows the deeper meaning of the play to come to the surface, for what Hamlet says is:

And so without more circumstance at all,
I hold it fit that we shake hands and part;
You, as your business and desire shall point you;
For every man hath business and desire,
Such as it is; and, for mine own poor part,
Look you, I’ll go pray. (I, 5, 127-32)

And prayer, which in the widest sense of the word may be said to comprise all forms of worship, is in fact man’s chief weapon of “revenge.”

Another kind of “madness” which has the same significance is the “folly” of the professional fool, and it may in fact be wondered whether the Prince has not partly taken his cue, for his own play of madness, from his memories of Yorick. Many of the darts that he throws are more akin to the sallies of a jester than to the ineptitudes of a lunatic, as when, Hamlet for example, Claudius says to him after Polonius’s death: “Where’s Polonius?” and he replies: “In heaven; send thither to see; if your messenger find him not there, seek him i’ the other place yourself” (IV, 3, 35-8). Hamlet almost immediately takes Horatio and Marcellus into his confidence as to his intention to feign madness, and later he takes Horatio altogether into his confidence. Later still he confides everything to his mother. There is yet another person on whom, in the nature of things, he would like to unburden his heavily laden soul, and that is Ophelia. But she had already shown evidence of the considerable degree of her subjection to her father by repelling the Prince’s letters and refusing to give him access to her. So he leaves her without a word, for the only utterance he could have made to her at that moment would have been to tell her the whole truth.

Hamlet is not a drama of love, but of spiritual warfare, of renunciation, and of death and rebirth. The task laid upon the Prince by his father is something of a death sentence. It is not easy to kill a king, especially when that king is of the nature of Claudius. It is less easy still to kill a king and to escape with one’s own life, and Hamlet, far from being an optimist, is an implacable realist. He therefore cannot help wondering what will happen to Ophelia after he is gone. As to the present, despite his love for her, it is clearly no time for marriage; and it is in any case clear to the priestlike Hamlet that everything must be sacrificed to “the one thing necessary.” For Ophelia, therefore, the best solution would no doubt be to enter a convent, which would protect her, after his almost certainly imminent death, from the “things rank and gross in nature,” which are all that is left in the “unweeded garden” that the world has now become.
Martin Lings

Martin Lings (1909-2005) was a renowned British scholar who taught at several European universities and the University of Cairo. He was the keeper of Oriental manuscripts in the British Museum and the British Library and the author of numerous books on religion and spirituality, including The Book of Certainty, What is Sufism?, Ancient Beliefs and Modern Superstitions, and the internationally acclaimed Muhammad: His Life Based on the Earliest Sources.

“A book I found hard to put down. [Provides] the meaning of the symbols Shakespeare uses to describe the inner drama of the journey of the soul contained within the earthly drama of the plays.”

". . . an in-depth reading of some of Shakespeare's later plays, from Henry IV to The Tempest, that explores how Shakespeare followed a more medieval tradition of the sacred, rather than the Renaissance trend toward humanism . . . . worth picking up if you are a true disciple of the Bard and want to read as much scholarship as possible."

Shakespeare's Window into the Soul

The Mystical Wisdom in Shakespeare's Characters

By Martin Lings
Foreword by H.R.H. the Prince of Wales
LIST PRICE $14.95
PRICE MAY VARY BY RETAILER