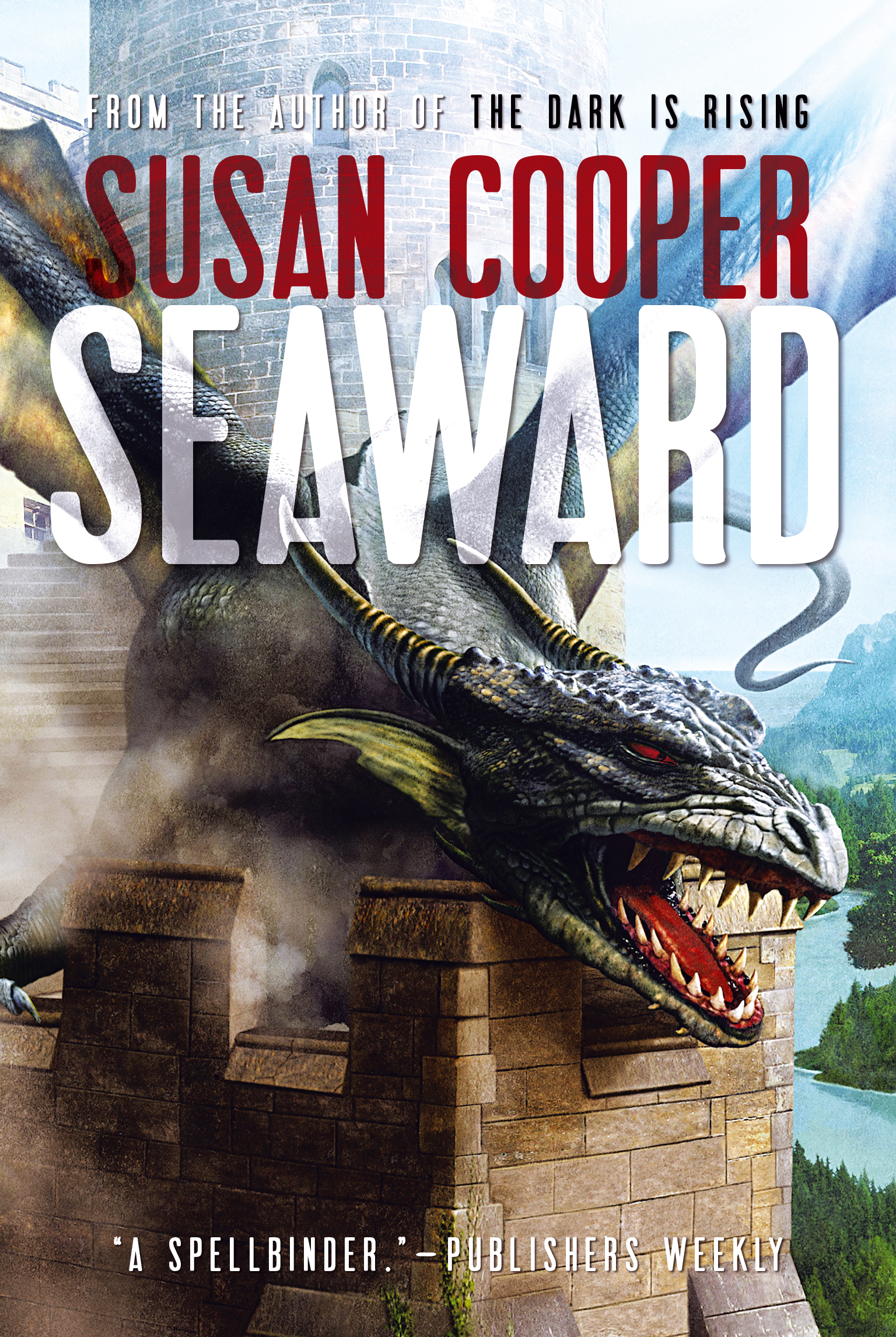 By Susan Cooper
LIST PRICE $6.99
PRICE MAY VARY BY RETAILER

In this classic adventure from Newbery Medalist Susan Cooper, two strangers embark on a quest for the sea that’s filled with mystery, fantasy, and danger.

His name is West. Her name is Cally. They speak different languages and come from different countries thousands of miles apart, but they do not know that. What they do know are the tragedies that took their parents, then wrenched the two of them out of reality and into a strange and perilous world through which they must travel together, understanding only that they must reach the sea. Together, West and Cally embark upon a strange and sometimes terrifying quest, learning to survive and to love—and, at last, discovering the true secret of their journey.

CHAPTER 1
Westerly came down the path at a long lope, sliding over the short moorland grass. His pack thumped against his back with each stride. A lark flicked suddenly into the air a yard away from him; flew low for a few feet; dropped; flew again.

He strode on without pausing, without turning to see the bird wheel and dart her watchful way back to the nest. He had promised himself not to look behind him—not more than once every mile. He had turned too often in the last few days, expecting always to see the figures prickling the horizon, far-off but implacable, following. But each time the hills had been empty.

Beyond the hollow in the moors that he was crossing now, the land rose again in a long bony sweep, purple and green, dappled by cloud shadow. But trees clustered in the hollow, and faintly he could hear water splashing. He was thirsty, and hungry too; he had been walking since first light, and the sun was hot now, halfway up the sky. He came to a fork in the faintly-marked path, the way trodden no longer by men but written on the land by the memory of them, and he turned downhill to the sound of the running stream.

It ran fast, wider than he had expected, eddying bright round glistening grey stones. Westerly curled himself awkwardly round a young alder clump and lay flat, splashing his hot face, drinking until he gasped. Water ran down his chest as he sat up, making tiny runic letters out of the tentative dark hair that was beginning to thicken there, and his wet shirt came clammy-cold against his skin.

For a while he prowled the banks of the stream, pausing wherever a rock turned the quick water aside into a pool. Each time he lay flat beside the pool, motionless, staring down; then patiently rose again, shouldered his creased leather pack and moved onto the next. By the time he had found what he was looking for, his shirt was long dry and the sun was high overhead, hot on his back.

He went back through the trees to stare out over the hazy purple moorland, but in all the rolling miles nothing moved.

Westerly lay down again on the bank of the stream, his chin propped on a big overhanging rock, and carefully lowered his right hand into a pool fringed with green weed. His fingers moved, unceasingly but almost imperceptibly, rippling as the weed rippled. Very soon in the cold mountain water his whole hand was numb, but gently he kept the fingers waving, waving, and his arm moving slowly, very slowly, to one side—until with a swift sure lunge he thrust two fingers into the gills of the trout that had hung there all this time resting in the little slow-eddying pool, and he rolled over stiff-armed and brought the fish out twisting silver and frantic onto the grass.

“Sorry,” Westerly said to the flailing bright body, and he hit it once with a stone and it lay still. For a few minutes he sat hunched in the sunshine, turning and twisting his stiff neck, with his cold right hand cradled in his left armpit to thaw. Then he took kindling and a long knife from his pack, made a fire, gutted the fish and held it skewered on the knife to cook. In the sunlight the fire was scarcely visible, after its beginning smoke; only its heat rippled the air. The silver fish blackened and sputtered, and the smell of it made Westerly’s stomach clutch at him with emptiness. But before he ate, he went once more to the edge of the trees, to look back.

The moors were empty still. Only the cloud-shadows moved.

He picked the fish clean and stamped out the dying fire. Then he took the glistening white skeleton, tipped still with head and tail-fin, and laid it across the blackened twigs pointing back the way that he had come. He took out his knife and raised it high, stabbing the blade down into the ground behind the white bone-arrow’s tail, and hesitantly, trying to remember, he said some words under his breath.

And the skeleton of the fish called out, in a thin high scream shrilling like a cicada, and Westerly knew that there was danger, that he must go on.

He threw bone and ashes into the swift water, wiped his knife clean, shouldered his pack and set out once more, striding wearily towards the upland path that led away over the hill.

Susan Cooper is one of our foremost children’s authors; her classic five-book fantasy sequence The Dark Is Rising has sold millions of copies worldwide. Her many books have won the Newbery Medal, a Newbery Honor, and the Boston Globe-Horn Book Award, and been shortlisted five times for the Carnegie Medal. She combines fantasy with history in Victory (a Washington Post Top Ten for Children novel), King of Shadows and Ghost Hawk, and her magical The Boggart and the Monster, second in a trilogy, won the Scottish Arts Council’s Children’s Book Award. Susan Cooper lives on a saltmarsh island in Massachusetts, and you can visit her online at TheLostLand.com.

"Cooper has a real talent for creating mood, for building suspense from obscure dialogue and brief encounters."

By Susan Cooper
LIST PRICE $6.99
PRICE MAY VARY BY RETAILER