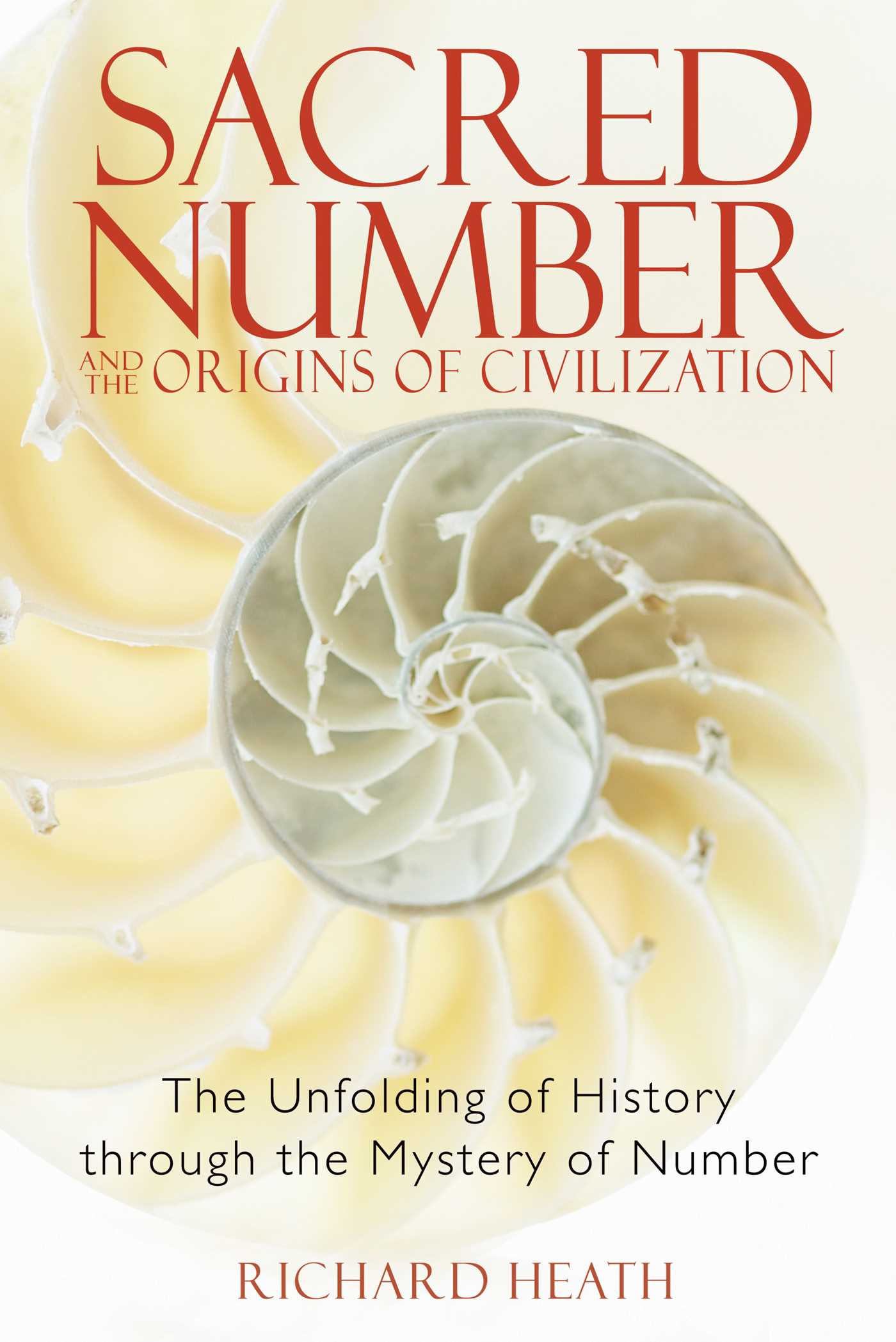 • Shows how the Templar design for Washington, D.C., represents the New Jerusalem

The ubiquitous use of certain sacred numbers and ratios can be found throughout history, influencing everything from art and architecture to the development of religion and secret societies. In Sacred Number and the Origins of Civilization, Richard Heath reveals the origins, widespread influences, and deeper meaning of these synchronous numerical occurrences and how they were left within our planetary environment during the creation of the earth, the moon, and our solar system.

Exploring astronomy, harmony, geomancy, sacred centers, and myth, Heath reveals the secret use of sacred number knowledge in the building of Gothic cathedrals and the important influence of sacred numbers in the founding of modern Western culture. He explains the role secret societies play as a repository for this numerical information and how those who attempt to decode its meaning without understanding the planetary origins of this knowledge are left with contradictory, cryptic, and often deceptive information. By examining prehistoric and monumental cultures through the Dark Ages and later recorded history, Sacred Number and the Origins of Civilization provides a key to understanding the true role and meaning of number.

The Root of All Measures

It is possible that all the complexity in the world has arisen just from the properties of number, despite their apparent nature as passive and inactive things. Used for recording quantities, numbers have become associated with routine activities such as keeping accounts or calculating and measuring within the physical and financial worlds.

If numbers are seen as the power of grouping things into different systems or of creating a field of harmony, then another side to their nature emerges: Numbers define how things divide into each other, and this inter-division is all about the compatibility of one thing with another. In the previous chapter, the planetary periods were shown to divide into each other to reveal definite number relationships of this sort.

This ability of one number to divide into another is crucial to an understanding of the individual properties of numbers in the following way: A number that cannot be divided by another number is called a prime number, some early prime numbers being 2, 3, 5, 7, 11, 13, 17, and 19.

Numbers that are not prime are therefore divisible by at least two lesser prime numbers, for example, six is divisible by two and by three. This means that in looking at the power of numbers, especially as they were conceived in the ancient world, it is the pattern of the primes and non-primes within the continuum of whole numbers that provides both a master plan and the part in that plan of any individual number.

The Theory and Practice of Numbers

Numerical relationships probably came to the ancient mind through the counting of astronomical periods. In the case of the week and the Saturn calendar, it is obvious that the number seven is highly apparent in the structure of time on Earth. Given also what is now known about the science of metrology that then developed in the ancient world, we can confidently say that the missing link between the later metrology and the original counting of number is the discovery of the field of number itself and its properties.

This study of number would today be classified as pure mathematics, largely in a field called Number Theory, long relegated as a specialism known only to mathematicians. What is likely to have occurred within the prehistoric setting though is that similar educational institutions sprang up, like the later druidic universities. To teach and develop the knowledge of astronomy, musical harmony, earth measure, or metrology in megalithic times, this core subject of number theory would have been the fundamental language of how numerical structure comes into existence.

The subjects taught at a megalithic university must have a close relationship to the seven traditional arts that were taught in the medieval universities. The first group of three contained Grammar, Logic, and Rhetoric and was called the Trivium because it prepared students for rational thought and was considered “trivial” compared to the four mathematical arts of Arithmetic (number theory), Geometry, Musical Harmony, and Astronomy. These latter were called the Quadrivium and are those arts required to build megalithic monuments.

While the counting of astronomical time periods would have revealed that numbers have properties and would have developed geometrical competence in those observing them, the field of number would then form the foundation for these numerical sciences. From this foundation a full numerical world-view would have been possible, finding its fullest expression within ancient monuments.

Sacred buildings have always been based upon number. However, these structures are today looked upon as ceremonial and little else. Our modern prejudice is not to look for educational purpose, yet modern researchers, such as those who have studied the metrology of ancient structures, have themselves learned a great deal from these structures. This implies that even without having megalithic instructors available these structures are educational.

Metrology (the science of ancient measures) is shown to have become the medium for applying number knowledge to the Earth itself: its size and shape and the location and design of the monuments built upon it. Metrology appears to have been the most sophisticated product of the ancient world; a quintessence of the four mathematical arts, drawing upon the alignments, geometry, proportions, and harmony built into ancient monuments.

Socrates and Lao-tzu paraphrase each other in saying that the whole of creation is based upon One (the whole), Two (the division of it), and Three (the interrelation of parts). In some way all else was said to follow from these three and indeed, the next number that does not divide by two or three will also be a prime number.

Five, although it is the sum of Two and Three, is a prime because Two and Three cannot divide it into a whole number of parts. This indivisibility concept is very important and is called incommensurability, meaning that one smaller measure cannot divide or find its measure within a larger measure a whole number of times. Any fractional part “left over” is represented as either a decimal fraction such as 0.090909 or its more exact fractional equivalent, in this case 1/11. In metrology, such fractions are caused just by the units of measure chosen--they can be avoided altogether by chosing the “correct” unit to divide by. With the number pi, a number that no limit of decimals can fully define, by defining the one or unit as the diameter of a circle, pi is the length of the circle’s circumference.
Richard Heath

“Richard Heath sweeps away the mechanistic and relativistic paradigm to reveal an earth-centered, celestial system founded upon the beauty of musical harmony and geometric symmetry.”

– Robert Lawlor, author of Sacred Geometry and Voices of the First Day

“. . . well-expressed, with a deep insight into the ancient science.”

– John Michell, author of The Dimensions of Paradise

"Books such as this must be read if we are to hold back the New Dark Ages. Heath's book is profound and the product of years of study and thought. These things have been kept from us by institutional forces and preserved in secret. Only an understanding of these principles can save us."

– Robert Temple, author of Oracles of the Dead and The Sirius Mystery

"You do not have to be deeply into the field of mathematics, or the field of esoteric numbers, to enjoy this book, and to gain some wisdom from it. The discussions on secret societies, and those on sacred numbers and architecture are absolutely breathtaking! Well written, and easily understood, this book has a place with those who wish to understand their own lives better."

" . . . in-depth look at the world of sacred geometry that holds your attention, making it an easy read."