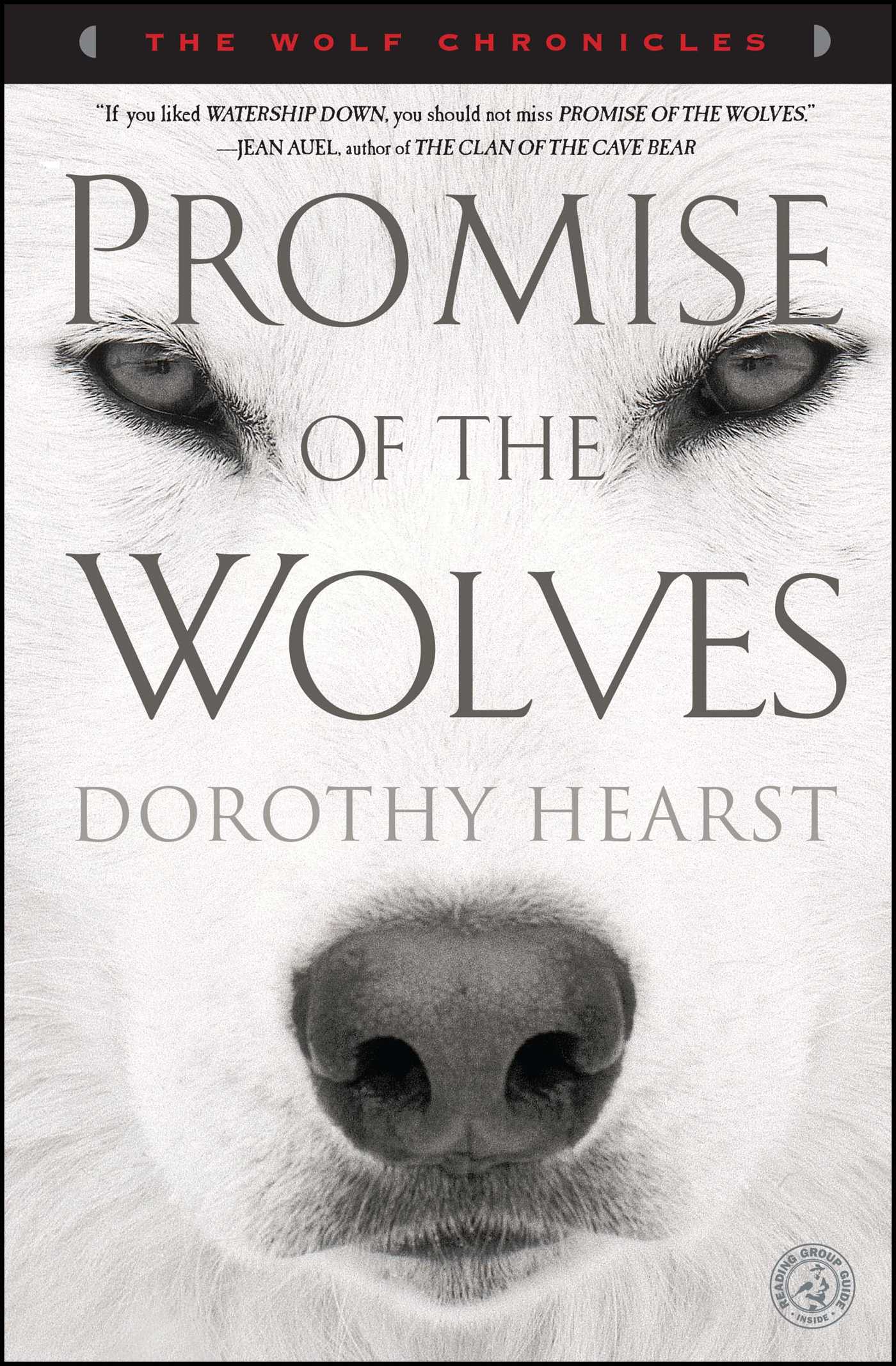 Promise of the Wolves

The first in The Wolf Chronicles trilogy, brilliantly weaving together original research, lovable characters and a dynamic, thoroughly engaging plot, Promise of the Wolves is a historical adventure story in the tradition of Clan of the Cave Bear and Watership Down.

Set 14,000 years ago in what is now Southern Europe, Promise of the Wolves is told from the point of view of Kaala, a young wolf born of a forbidden, mixed-blood litter. An outcast after her mother is exiled, Kaala struggles to earn her place in her pack. But her world is turned upside down when she rescues a human girl from drowning. Kaala and her young packmates begin hunting and playing with humans—risking expulsion from their pack and banishment from their home in the Wide Valley.

When war between humans and wolves threatens, Kaala learns that she is the last in a long line of wolves charged with keeping watch over humans in order to prevent them from losing touch with nature and thus destroying the world. But to do so she must solve the great paradox of wolfkind: though wolves must always be with humans, humans cannot abide the presence of wolves, and every time the two come together, war ensues. Kaala must choose between safety for herself, her friends, and their human companions and the survival of her pack—and perhaps all of wolf and humankind.

By clicking 'Sign me up' I acknowledge that I have read and agree to the privacy policy and terms of use. Free ebook offer available to NEW US subscribers only. Offer redeemable at Simon & Schuster's ebook fulfillment partner. Must redeem within 90 days. See full terms and conditions and this month's choices.
DISCUSSION QUESTIONS
1. What do the three rules that guide the covenant of wolves in the Wide Valley -- to stay away from humans as much as possible, to never kill a human unprovoked, and to mate only with wolves inside the valley -- reveal about the tensions between wolves and humans in this region? How did this covenant originally arise, and what roles do the Greatwolves and the krianans play in transmitting this to the packs that inhabit the Wide Valley?
2. "'You must stay and become part of the pack. Do not come for me until then. You have promised.'" How does the forced departure of Kaala's mother, Neesa, from the Swift River pack affect Kaala's standing among her fellow wolves? Why do the Greatwolves support Neesa's being exiled, but refuse Ruuqo when he wants to kill Kaala because of her mixed blood? To what extent does Kaala's existence in the Swift River pack depend on the Greatwolves' ongoing protection of her?
3. How would you characterize Ruuqo's relationship with Kaala? To what extent does Kaala strive to win Ruuqo's admiration and respect? In what ways does Ruuqo thwart Kaala's efforts to obtain romma? How are Ruuqo's feelings for Kaala complicated by his own brother's being exiled for interacting with humans?
4. "My legs shook and my head whirled. My chest began to burn like the very fires the humans kept, and I felt as if an invisible vine had wrapped itself around my heart, and now pulled me over to the human homesite." How does Kaala's attraction to the humans in her midst betray her unique heritage? Why does she risk being exiled from the pack to help save TaLi?
5. In Promise of the Wolves, author Dorothy Hearst gives the reader a deep look at wolf life from the actual source -- the entire novel is narrated from the perspective of Kaala. How did the insights you gained from seeing the world through the eyes of a wolf impact your appreciation of this novel and the wolf as a species? If you could have asked Kaala any questions about her experiences, what would they be?
6. "Trevegg walked over to him. 'No wolf is a pack unto himself, Ruuqo,' the oldwolf said softly." How does the author explore the similarities between wolves and humans in Promise of the Wolves, and why does she choose to juxtapose them repeatedly? Why might the human-wolf relationship elicit anxiety or fear in some cultures or societies? How is this anxiety related to long-standing historical assumptions about wolves?
7. Throughout Promise of the Wolves, other animals -- including the raven Tlitoo and the elkryn Ranor and Yonor -- are given voices that wolves can understand. How do some of the more fantastical elements of this novel -- the fact that animals can communicate with humans and with one another -- affect your regard for this work of fiction? To what extent did you find yourself appreciating or being distracted by some of the more fantastical elements?
8. "I'd thought my feelings for TaLi were wrong and unnatural. Now this wise and ancient human was telling us that it was not so, and that so much of what we'd been told about the humans -- and about our own history -- was untrue. How could I believe her?" Why do the Greatwolves mislead Kaala and the other wolves in her pack, and why does TaLi's grandmother, a krianan, choose to expose their deception?
9. Kaala is helped along her journey by many: her mother, Neesa; her aunt, Rissa; Zorindru and the other Greatwolves; her packmates Ázzuen and Marra; Trevegg; Tlitoo; Lydda, the spiritwolf; and TaLi and her grandmother. Of all of these aides, who do you think is most responsible for her survival and why? How does Kaala's development over the course of the novel, from outcast and misfit to mature she-wolf, reflect the typical arc of a fictional protagonist? In what respects is Kaala like other heroines in novels you have read?
10. "'I started a journey that you must complete, daughterwolf.'" What role does Lydda, the spiritwolf, play in Kaala's awakening to her heritage as the wolf that can unite wolves and humans? How do her interactions with Kaala throughout Promise of the Wolves reveal her allegiances? Why do you think the author chose to begin and end the novel with glimpses of Lydda, and how did her decision to do so affect your appreciation of this novel as part of a continuum, or larger story, about the wolves in the Wide Valley? 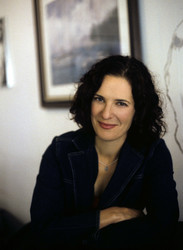 Dorothy Hearst is the author of the Wolf Chronicles trilogy. She loves writing about canine characters, birds, and other creatures who can give us the chance to see ourselves in new ways. She is an acquiring editor, a martial artist, a self-defense instructor-in-training, an avid hiker and reader, and a dog lover. She is not entirely domesticated, but is very food motivated.

"The story of Kaala and her pack takes readers on a journey into a rich and fascinating world. A remarkable look into the mind of another kind of being." -- Temple Grandin, author of Animals in Translation and Animals Make Us Human

"A crackling foray into a dangerous past...remarkable fluency...immediately absorbing...the relationships between the human characters and the wolf characters are keenly felt, and the conflicts sharply imagined." -- Publishers Weekly

"If you liked WATERSHIP DOWN, you should not miss Promise of the Wolves." -- JEAN AUEL, author of THE CLAN OF THE CAVE BEAR

Promise of the Wolves