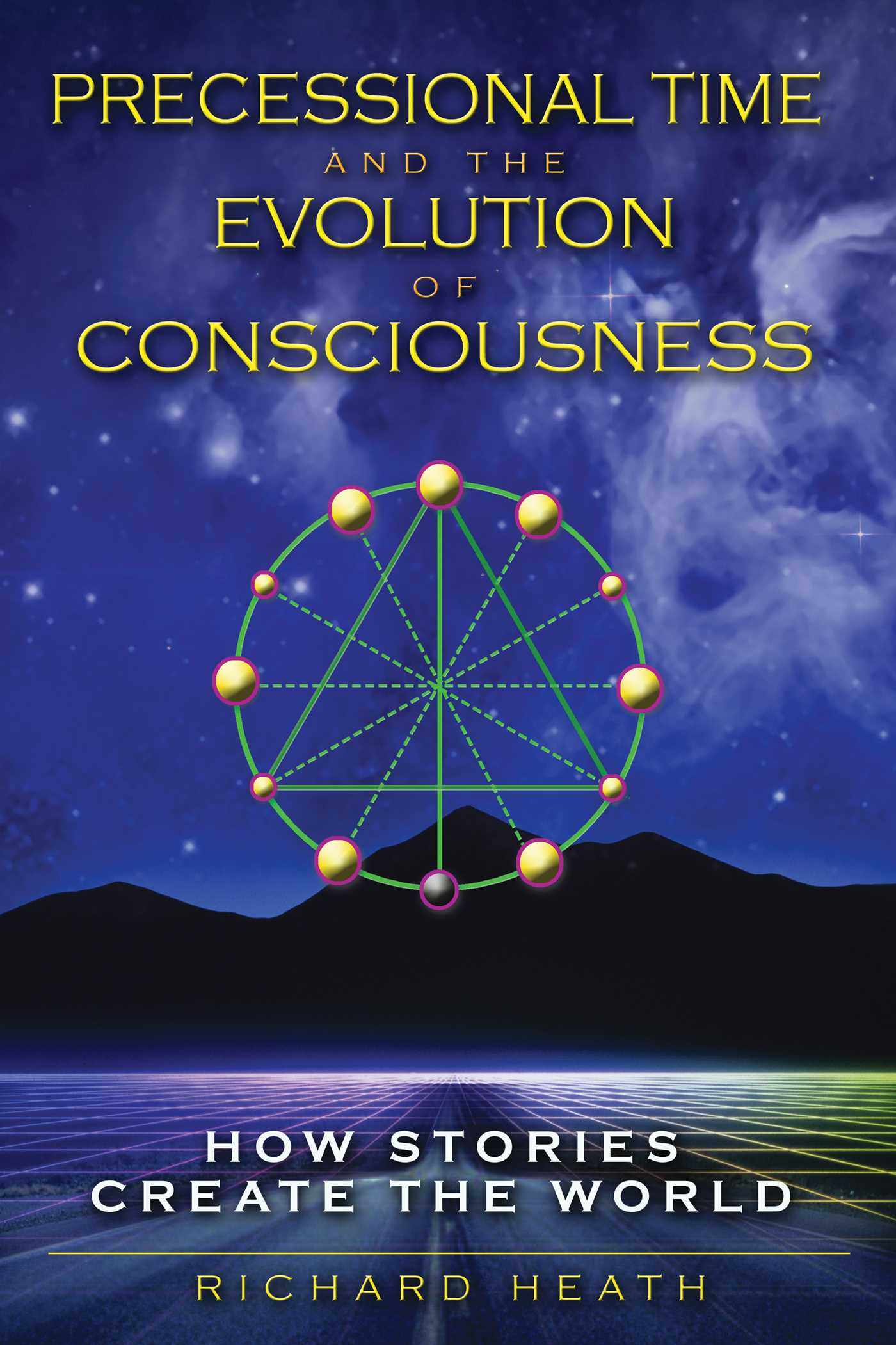 • Identifies where and how cosmic energies of consciousness and creativity can be found using principles developed by G. I. Gurdjieff and John G. Bennett

All of culture can be said to be made up of stories. In fact it is stories, more than language, tools, or intellect, that make us human. Our Neolithic and Megalithic ancestors recognized this and stored, within their mythic narratives, an understanding of how sky changes evoke changes in consciousness as human cultures progress through each Zodiacal Age of the precessional cycle. As we enter the Age of Aquarius, it is time to recognize the profound power of stories to give our world meaning.

Exploring how ancient myths, megalithic structures, the formation of language, and even prehistoric cave art are narratives shaped by sacred proportion, Richard Heath explains that stories enable us to identify the inner spiritual aspects within our material world and participate in the evolution of human consciousness. He reveals how the precessional myth of the hero’s journey to steal fire from heaven describes a necessary search for new cultural modes that occurs at the end of an Age as the dominant culture begins to falter--and how the massive information bubble created by our modern world, while drowning us in meaningless narratives, also contains the components for an evolutionary shift in consciousness. Presenting key principles advanced by G. I. Gurdjieff and John Bennett to help us awaken to the continuing evolution of our consciousness, Heath shows how to access the spiritual intelligence and heightened creativity available during the galactic alignment of the current “twilight” between two precessional ages.

Man as Medium at the End of the Age of Pisces

In our current time, we have reached the half-way point in the precessional cylce. In the manner of a storyteller’s ring composition, we have reached The Turn, a point of central meaning. In a story, its own present moment has been expanded through the actors, objects, and relationships it has developed and, through this, the central meaning of the whole enterprise can be clearly seen. The polarity of the material must then move from the first half to the second half, from the collection of meaningful objects to the resolution of their central meaning. Precession is also a single present moment if it can be grasped, and this is the point that the fire kindled at the turn is the realization of that greater present moment. Being at The Turn within this book and of the precessional cycle also, the fire will be that which must be stolen from heaven to establish a new Age.

Technology and the Sorcerer’s Apprentice

The story of modern science is unintentionally disempowering to the average person since it attributes life on Earth to being entirely achieved through Nature, through the process of natural selection on an accidentally suitable planet. Now that science has developed a technological society, the reality is that it is technological knowledge and capability that is evolving; we are having to adapt to it. A recent expectation is that through genetic manipulation in particular, we will change our human nature. However, we do not know what this will mean: there are so many possible outcomes, and some of these could lead to disaster. This is exactly the scenario painted by Goethe in his poem The Sorcerer’s Apprentice. The poem begins as an old sorcerer departs his workshop, leaving his apprentice with chores to perform. Tired of fetching water by pail, the apprentice enchants a broom to do the work for him--using magic in which he is not yet fully trained. The floor is soon awash with water, and the apprentice realizes that he cannot stop the broom because he does not know how.

Not knowing how to control the enchanted broom, the apprentice splits it in two with an axe, but each of the pieces becomes a new broom and takes up a pail and continues fetching water, now at twice the speed. When all seems lost, the old sorcerer returns, quickly breaks the spell and saves the day. The poem finishes with the old sorcerer’s statement that powerful spirits should only be called by the master himself.

Humans as technologists are starting to be shaped by their own “spells,” and technologies are arguably out of the control of the societies in which they are developing so rapidly, under free-market conditions. This can be shown in the introduction of a technology as simple as the mobile phone, where the original idea was soon overtaken by its social innovations and new markets, such as texting and photo capability. Meanwhile, cell phones are the cause of car accidents, exposure to radiation, and so on. How less likely is it that biological innovations can be fully comprehended, especially when they involve human beings changing themselves.

A common myth in modern society is that extra-terrestrial beings brought knowledge to Earth in an intervention from outside, whereupon the Earth is swamped by the consequences. Technology is such an alien intervention in that it comes from outside the individual human being and changes everything about life. All systems need a certain amount of change, but too much change constitutes an intervention from outside, and under such circumstances systems cannot learn. More bluntly, any more change and they no longer adapt but are changed from outside--the active force has moved to the outside, and for human beings as systems, this removes their evolutionary context.

In precession this condition is described as what occurs at the end of any world age, where the waters rise up uncontrollably from below to threaten the human world, as is described in the Sorcerer’s Apprentice. Indeed the apprentice was not able to learn under the circumstances he had brought about.

The greatest intervention that we propose is for humans to sense the spiritual world and evolve their consciousness through it, because of an innate selfhood. This sounds like a religious idea but does not require an institutional body. Because modern science is still in reaction from its fight against the dogmas of organized religion, it is especially unreceptive to there being a higher source of order, beyond the factual world of material laws. However, this same science proposes a massive, open-ended revision of human nature and the world through technology that appears to threaten the evolution of consciousness. We are not being allowed to choose how much technology there will be, because there are not enough alternatives to modern life in the living memory of each generation.

The principle on which the universe was founded was that the source of the Creation should not intervene. What intelligent life presents is the mechanism whereby higher intelligence can become localized within the Creation. There would be no wisdom if that wisdom was not evolved from experience of the world, but if our experience of the world becomes dislocated, then the spiritual world cannot be received. The risk is that the mechanism for receiving higher intelligence will be incapacitated through creating a wholly virtual reality, whereupon Nature would have to develop an alternative intelligent life form.

To rescue ourselves from technology as a whole might already be impossible. The only possibility is to transform and empower our capacity to use the technologies in new ways that are hidden within them. To achieve this will require the restoration of our own sense of purpose as individual meaning makers, in contrast to what centralizing mass production and mass consumerism want us to be.

“Using precession as a key, Richard Heath has harmonized the revelations of those great originals G. I. Gurdjieff, Alexander Thom, Ernest McClain, and the authors of Hamlet’s Mill. This is the kind of synthesis one has long hoped for and a worthy sequel to Heath’s own cosmological revelation, The Matrix of Creation.”

– Joscelyn Godwin, author of Atlantis and the Cycles of Time

“All mythology is rooted in the relationship between Earth, Moon, Sun, and Stars, and these stories are at the very core of human experience. In this book Richard Heath draws these ideas together to create a vivid and inspiring narrative that reconnects us with our true origins and future potential.”

– Paul Broadhurst, coauthor of The Sun and the Serpent

“Readers will benefit from a good grasp of math and astronomy, or an in-depth knowledge of constellational astrology and galactic structure. Health supports the theory that the shifting ages have an influence on the development of human civilization . . . ”