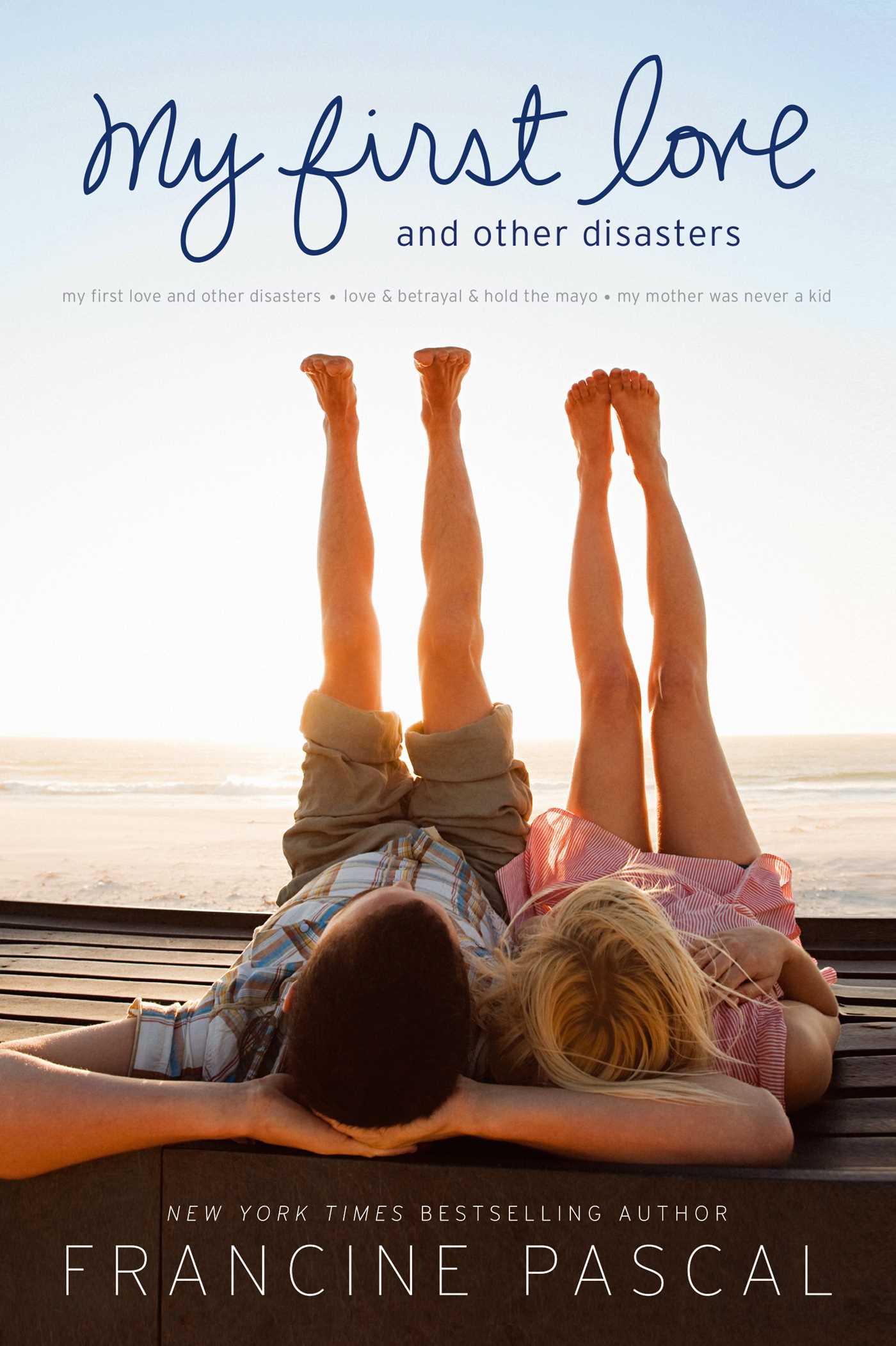 My First Love and Other Disasters; Love & Betrayal & Hold the Mayo; My Mother Was Never a Kid

By Francine Pascal
LIST PRICE $12.99
PRICE MAY VARY BY RETAILER

Fun in the sun—and romance that might be a little shady—fills the pages of this beach-perfect collection from Sweet Valley High and Fearless author Francine Pascal.

Completely in love with Jim, Victoria signs herself up for a summer job on Fire Island after hearing that Jim plans on spending his sunny days there. It’s the perfect plan—if only she can make Jim forget about his annoyingly gorgeous girlfriend Gloria. But if Victoria isn’t careful, the best summer of her life could become a total nightmare!

And the next summer isn’t looking any better either when Victoria accepts a job as a waitress at Camp Mohaph with her best friend Steffi. Thinking it’ll be the perfect time to relax and let loose, Victoria never expects to fall hard for Steffi’s boyfriend, Robbie. And he’s falling for her too. The last thing Victoria wants to do is hurt her best friend, but her feelings for Robbie may be too hard to resist…

This collection of sizzling summer romance includes a bonus book: in My Mother Was Never a Kid, you’ll get to meet Victoria when she’s just turned thirteen and is having Freaky Friday–style mother-daughter issues—and forms a friendship that transcends time!

My First Love and Other Disasters One
When I think about all the time I wasted last year moaning about how gross it was to be thirteen, I could kick myself. Thirteen turned out to be fantastic. It had to be. I mean, you finally make it. You’re in the graduating class, and even if it’s only the top of a bunch of little kids, it still makes you feel really special. Yes sir, thirteen was definitely first-rate. But fourteen? Forget it. It’s the pits.

There are so many horrendous things about being fourteen that I’d have a fit if I had to name half of them. Just think about it. One day you’re the biggest big shot in the entire middle school (among the girls anyway) and the next you’re little Miss Nobody, which is exactly what everyone else in the whole high school seems to think about freshmen. At least that’s the way they treat us.

Another drawback is how long it takes. Growing up, I mean. Except for times like Christmas vacation and summer, it seems like the years take forever to drag by. And for the plans I’m making I absolutely have to be fifteen practically instantly. Especially seeing as how the person I happen to be madly in love with is seventeen. I’m definitely nowhere, sitting around being only fourteen, but it’s absolutely hopeless—I mean, there’s nothing I can do about it until I’m fifteen. Oh, sure, I’m getting there. But it’s going to take me two more enormous weeks. I don’t know how I’m going to stand the wait.

I probably forgot to tell you that there’s another small problem aside from Miss Sweet Sixteen, and that is that the love of my life has absolutely no idea that I even exist. But no sweat. I’ve arranged for our beautiful meeting to take place Tuesday at Howell’s. I guess a shoe store for the orthopedically fashionable doesn’t sound like the most romantic place for an encounter, but that’s where he works on weekdays after school. The only other choice was his Saturday job—digging cesspools. Anyway I’m not worried, because I’ve worked out every single detail, so it can’t miss. Theoretically. Of course in the real world, the one where practically everything I touch bites me, not only can it miss but it’ll probably boomerang and come right back and hit me in the face.

No doubt it’ll fail in some simple way, like I’ll trip on my shoelaces. Big deal, so what if I’m not wearing shoelaces. I can always trip on somebody else’s.

Or worse yet, I’ll do what I did when my class went backstage at I Love My Wife last year and we met the whole cast. I was so nervous and excited I thought I’d faint. Somebody said, “Victoria, I’d like you to meet Tommy Smothers—this is Victoria Martin.” I smiled and said as sweetly as possible, “Hello, Victoria,” And everybody cracked up.

Or what if it’s something even more horrible? Suppose I’m standing there meeting the love of my life, and I’m smiling, and I don’t know it but I have this black smudge across my nose, or worse, a crumb is stuck to my lip. Everything would be absolutely ruined. You know how it is when something like that happens, you can’t even hear what the person is saying—all you do is stare at the crumb. But I think I may have that one beat because I’m bringing my best friend with me and she’s going to be my crumb spotter, which will work out perfectly unless she starts laughing. We both do that at the most embarrassing times—crack up, I mean. But she’s much worse than I am.

Anyway, about that dream guy of mine: After we get past that first meeting and we come to know each other, then I get right to work dumping the competition. But I don’t do that here, in New York City—I do it on Fire Island. That’s this super fabulous beach resort on Long Island where absolutely all the action is in the summertime. Anyway, he’s going to be there for the whole summer and she isn’t.

The first part is ready to move, but the Fire Island stuff could be sticky. I’ve got to get my parents’ permission to be a mother’s helper for the summer. For my parents that’s the equivalent of asking them to let me hitchhike through Tasmania with the janitor. Still, I’m not discouraged because I know that the first time you try to get permission for anything new from your parents it always looks impossible, but if you keep at them long enough (and I’ve been at it all month long) they finally wear down.

So let’s just say that I do get to meet him and somehow I convince my parents to allow me to go to Fire Island, then there’s one more little side thing that I have to take care of.

There’s this other boy, Barry. He’s a complication. You see, I don’t really know him, but he likes me. Which sounds peculiar, but it’s one of those things where you can tell somebody’s got a crush on you because they always turn up wherever you go, and you catch them staring at you all the time, and crazy things like that. Anyway, I have gotten friendly with him because it just so happens that he’s a friend of Jim’s, and he has a house on Fire Island, and I understand that Jim hangs out there a lot. I haven’t figured out how to handle getting to be Barry’s just-plain-friend-not-girlfriend yet. But I will.

Anyway, the first thing I have to pull off is the big meeting this Tuesday.

Now that you got that all straight, let me tell you a little more about the most important part—Jimmy. 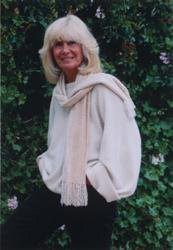 Francine Pascal is the creator of several bestselling series, including Fearless and Sweet Valley High, which was also made into a television series. She has written several novels, including My First Love and Other Disasters, My Mother Was Never a Kid, and Love & Betrayal & Hold the Mayo. She is also the author of Sweet Valley Confidential: Ten Years Later. She lives in New York and the South of France.

My First Love and Other Disasters; Love & Betrayal & Hold the Mayo; My Mother Was Never a Kid

By Francine Pascal
LIST PRICE $12.99
PRICE MAY VARY BY RETAILER