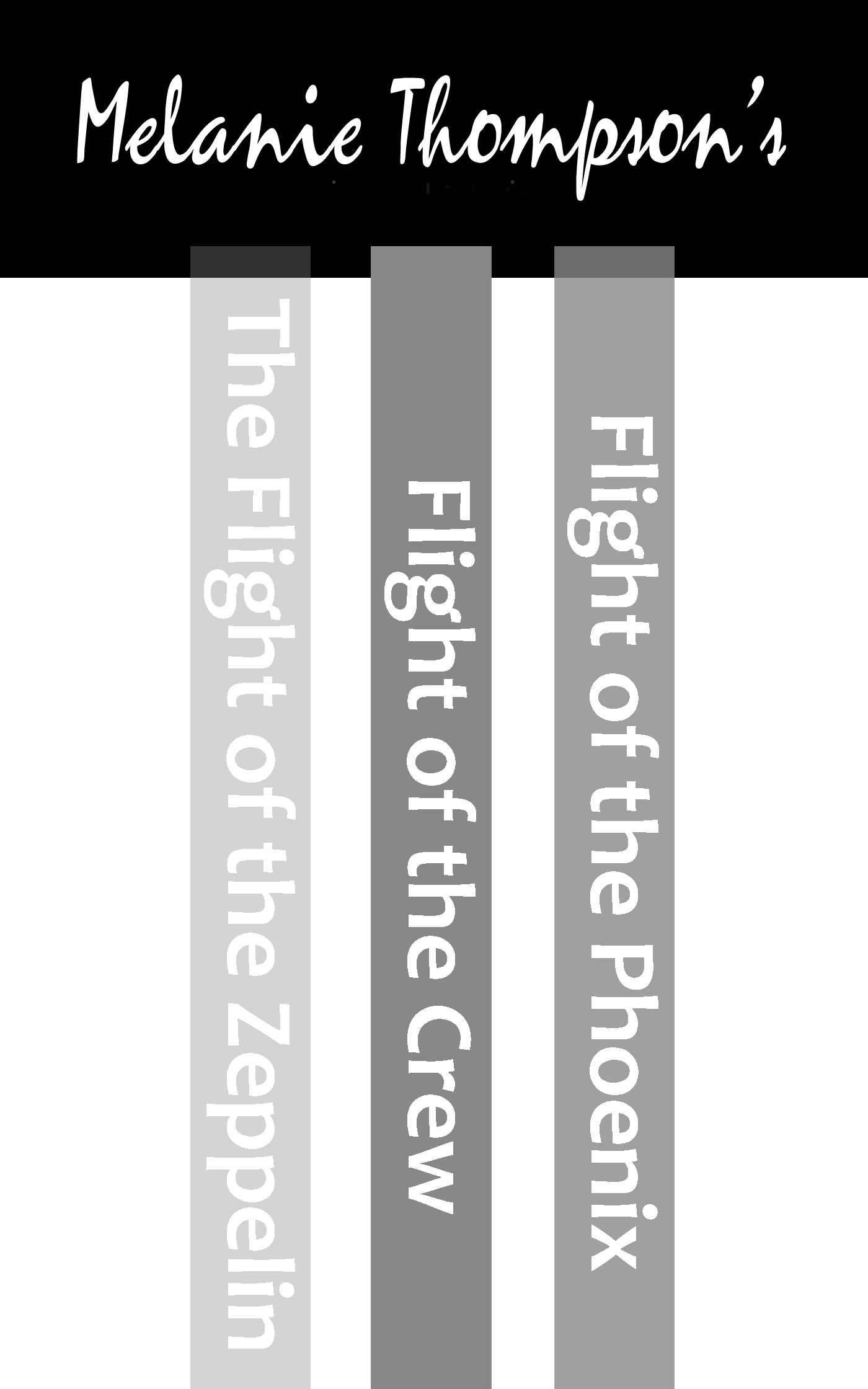 Part of The Saga of the Steampunk Witches
By Melanie Thompson
Published by Torrid Books
Distributed by Simon & Schuster
LIST PRICE $9.99
PRICE MAY VARY BY RETAILER

THE FLIGHT OF THE ZEPPELIN - Book 1 In New Orleans, steam power runs the world. A desperate Bryn Sahir searches for an emerald that will release her and her sister, Fenix, from an ancient curse. She has her hands on it when Scotland Yard detective, Quinnten Blade, stops her. Blade wants the crown jewel Bryn stole in London. He followed her for the stone, but desires her body, something he learns he can't claim without dying. Evil Draak Priest is also after the stone, and Bryn's oh-so-desirable person. But the stone belongs to a voodoo priestess planning to create an army of zombies. The clock is ticking for Bryn, and Fenix—who is a week away from going up in flames and being reborn a helpless babe. The stone is the only thing that can stop it. Take an erotic trip through New Orleans as Bryn and Fenix fight to end the curse of the steampunk witches. FLIGHT OF THE CROW - Book 2 In Flight of the Crow, the second book of The Saga of the Steampunk Witches, Bryn Sahir is plunged into a world of evil as she carries her infant sister, Fenix, to Paris to find Draak Priest and reclaim the Coeur de Flamme, the stone that will end hers and her sister's curse. When Lazarus, the original vampire, traps her into a bargain she can't escape, she places her sister in mortal danger. Can she steal Lazarus's magic dagger from Priest in time to avoid losing Fenix to Lazarus? Or will Priest succeed in transforming himself into a young man and escaping Paris with the stone and the dagger? Bryn's quest takes her into the dark world of the catacombs beneath Paris, as she tries to save Fenix from being turned into a vampire, and becoming Lazarus's unholy bride. FLIGHT OF THE PHOENIX - Book 3 When steam power runs the world anything is possible. In the third and final book of The Saga of the Steampunk Witches, Bryn Sahir's search for the cure to hers and her sister's curse takes her to darkest Africa, in the belly of a submarine. When Bryn is stabbed by the Lazarus blade, her sister, Phoenix, and her lover, Quinn, have only days to save her life.

Part of The Saga of the Steampunk Witches
By Melanie Thompson
Published by Torrid Books
Distributed by Simon & Schuster
LIST PRICE $9.99
PRICE MAY VARY BY RETAILER

More books in this series: The Saga of the Steampunk Witches