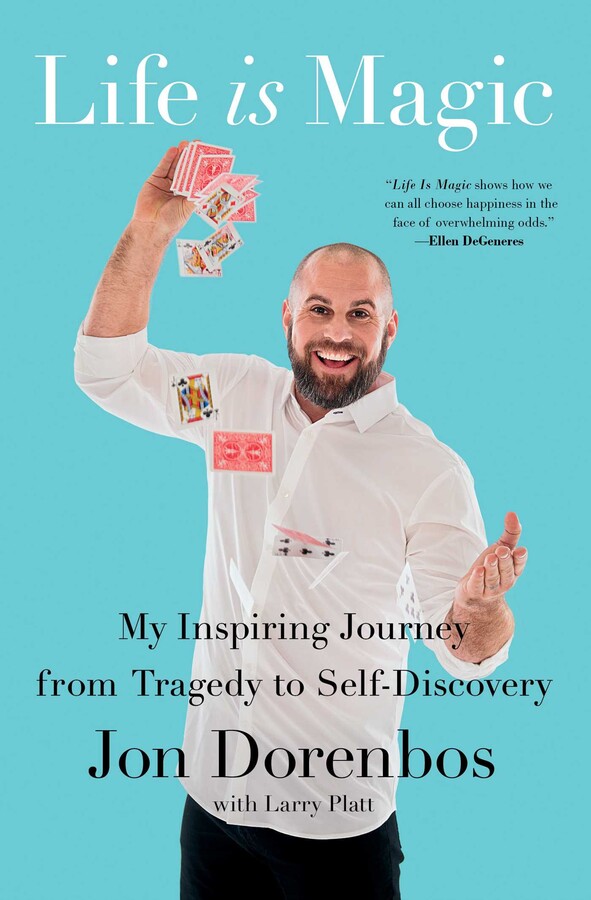 “Jon Dorenbos is a magical person. Life Is Magic shows how we can all choose happiness in the face of overwhelming odds.” —Ellen DeGeneres

An extraordinary and empowering story of resilience, forgiveness, and living a life of purpose in the face of unfathomable obstacles.

You might recognize him as an NFL All-Pro or as an elite magician who made the finals of Amer­ica’s Got Talent and regularly appears on The Ellen DeGeneres Show. But Jon Dorenbos says that what he does is not who he is. Who he is is someone forced, at the most tender of ages, to coach himself into turning tragedy to triumph.

One morning in August 1992, when Jon was twelve years old and living a seemingly idyllic childhood in suburban Seattle, he woke up for baseball camp. His dad waved good-bye. Later that day, Jon heard the news: his father had murdered his mother in the family’s three-car garage. In an instant, his life had shattered. He’d been essentially orphaned.

Thrust into foster care while his father stood trial for murder, Jon struggled. Left to himself, he discovered an unlikely escape performing magic tricks. If you found a way to alter your reality after your dad—your hero—killed your mom, wouldn’t you cling to it too? Then came football, which provided a release for all of Jon’s pent-up anger. Together, magic and football saved him, leading to fourteen NFL seasons on the gridiron and raucous sleight-of-hand perfor­mances to packed houses across the globe.

In 2017, after being traded to the New Orleans Saints, Jon was diagnosed with a life-threatening heart condition. He had a choice: break down, or—as he’d long by now taught himself—bounce back. “Talk to yourself, don’t listen to yourself,” Dorenbos advises for those moments when the inner voice of self-doubt screams.

In Life Is Magic, Dorenbos draws a road map for how to shut that voice up by choosing happi­ness. At his darkest times, he writes, he’s learned lessons of love, forgiveness, and perseverance. His story is poignant and powerful, told by a char­ismatic and optimistic man who has overcome life-or-death challenges with grace, persistence, a childlike sense of wonder...and jaw-dropping card tricks. 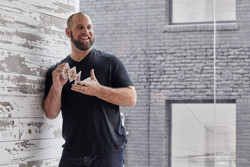 Jon Dorenbos is a former professional football player, a celebrated magician, and a sought-after keynote and motivational speaker for Fortune 500 companies. A special-teams long snapper, he played fourteen seasons in the NFL, mainly for the Philadelphia Eagles, and appeared in the Pro Bowl twice. In his parallel career as a magician, he was a finalist on season 11 of America’s Got Talent and appears frequently on The Ellen DeGeneres Show. He and his wife, Annalise, reside in Huntington Beach, California, with their child.

“Jon Dorenbos is a magical person. Life Is Magic shows how we can all choose happiness in the face of overwhelming odds, and it makes me so proud to call him a friend.”
—Ellen DeGeneres

“In everything he does, Jon Dorenbos is the ultimate pro. Someone you want on your side when the going gets tough. In Life Is Magic, Jon shows what I witnessed from him in an NFL locker room, year after year: That, more than anything else, character is what matters, in football and in life.”
—Andy Reid