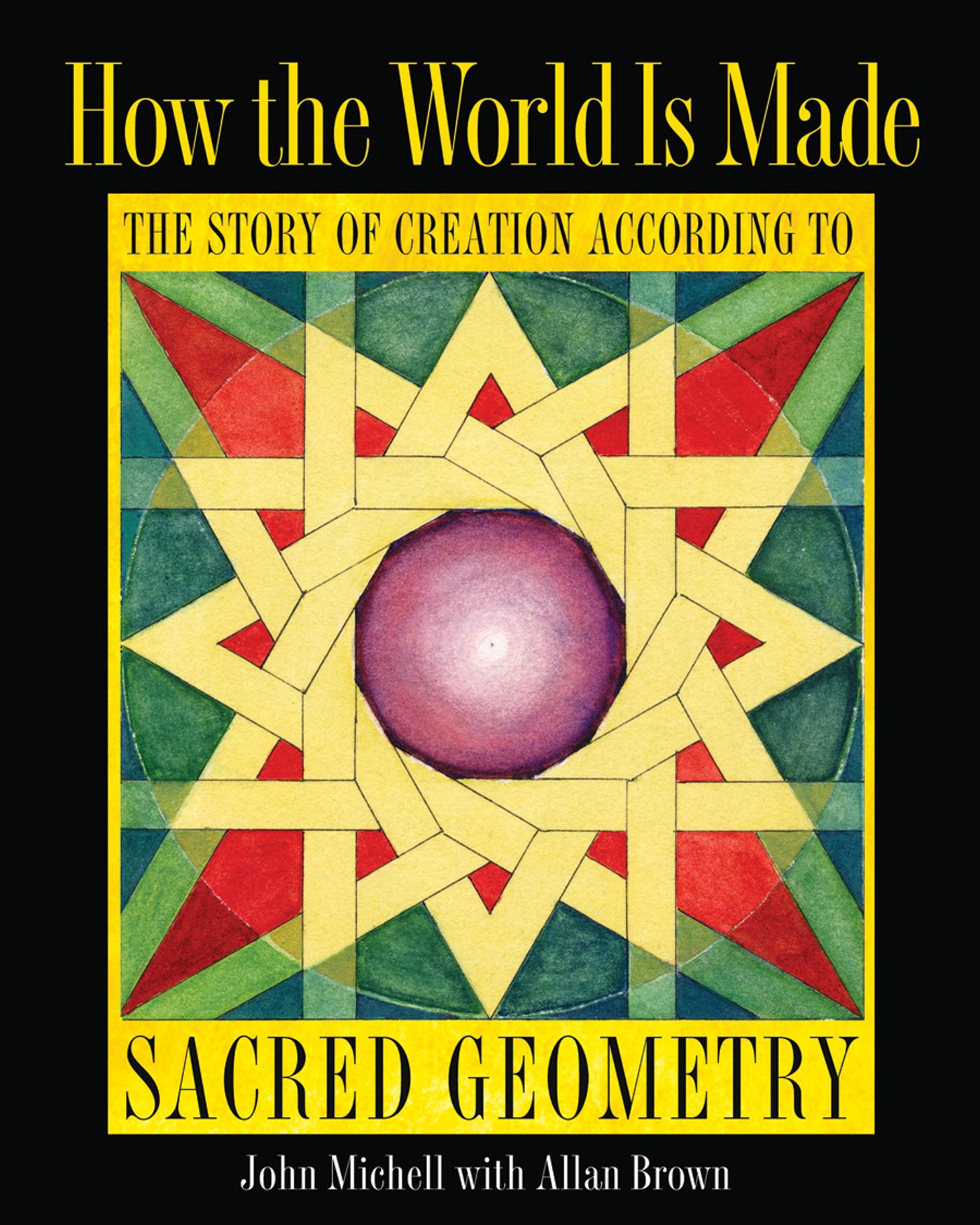 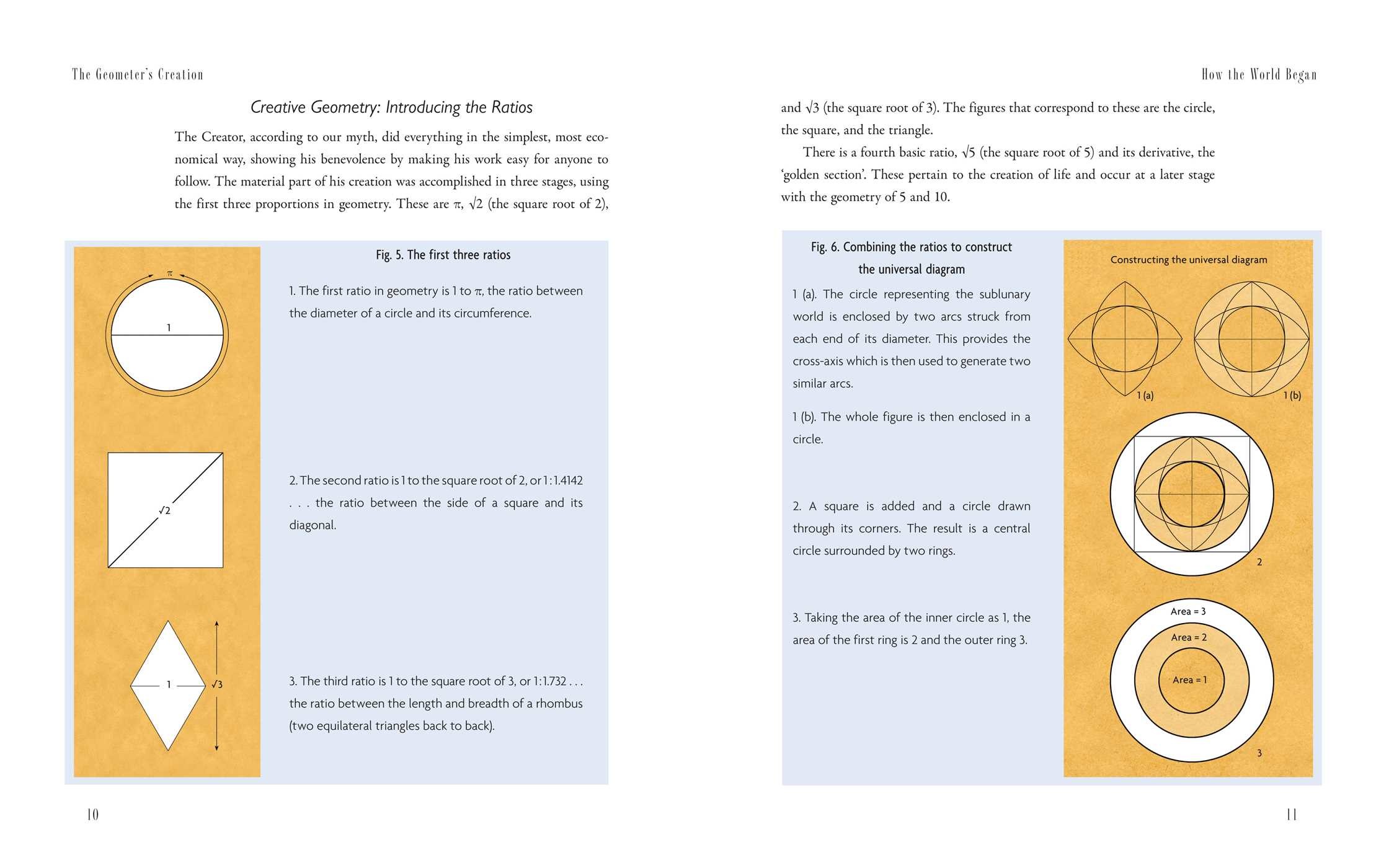 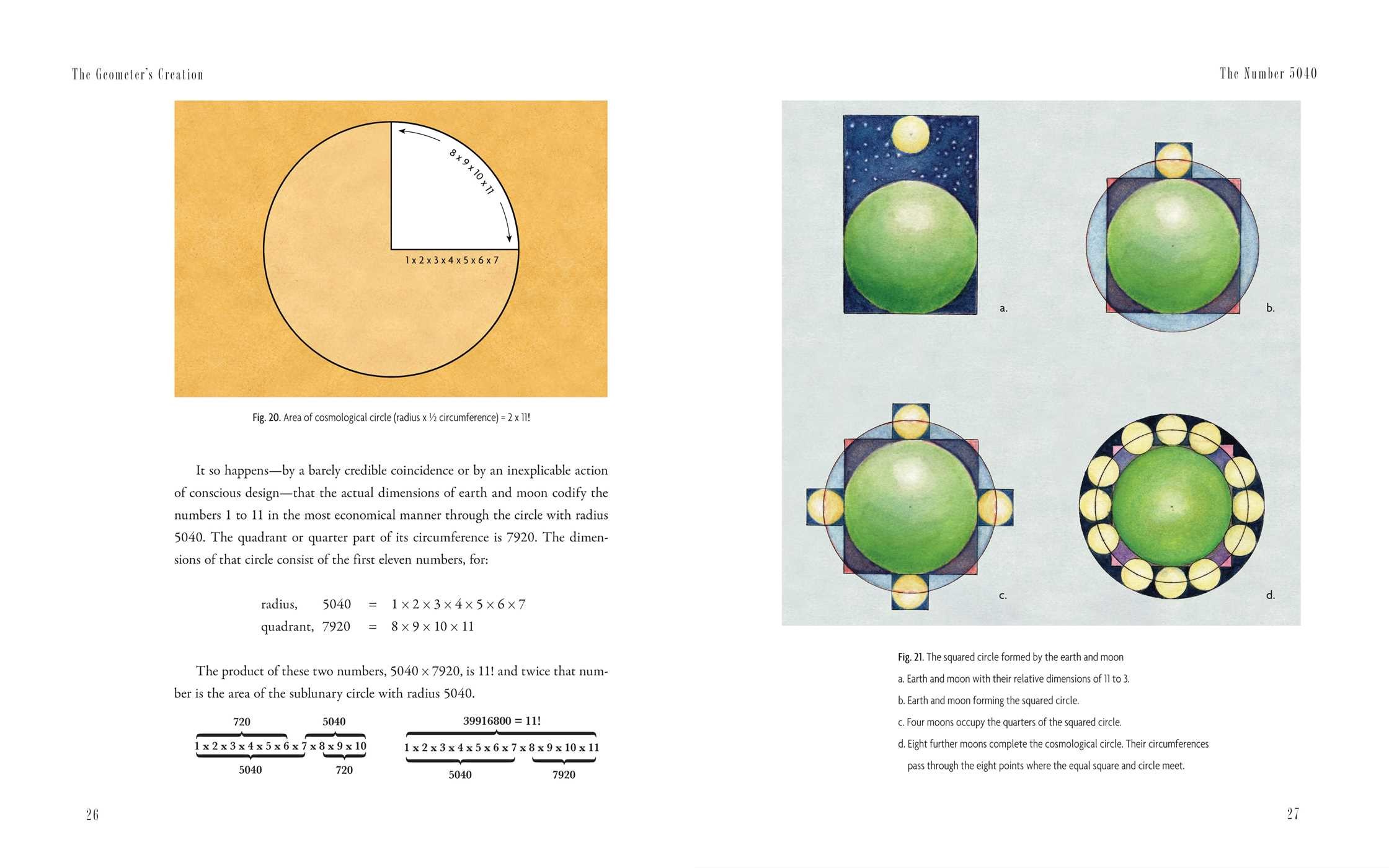 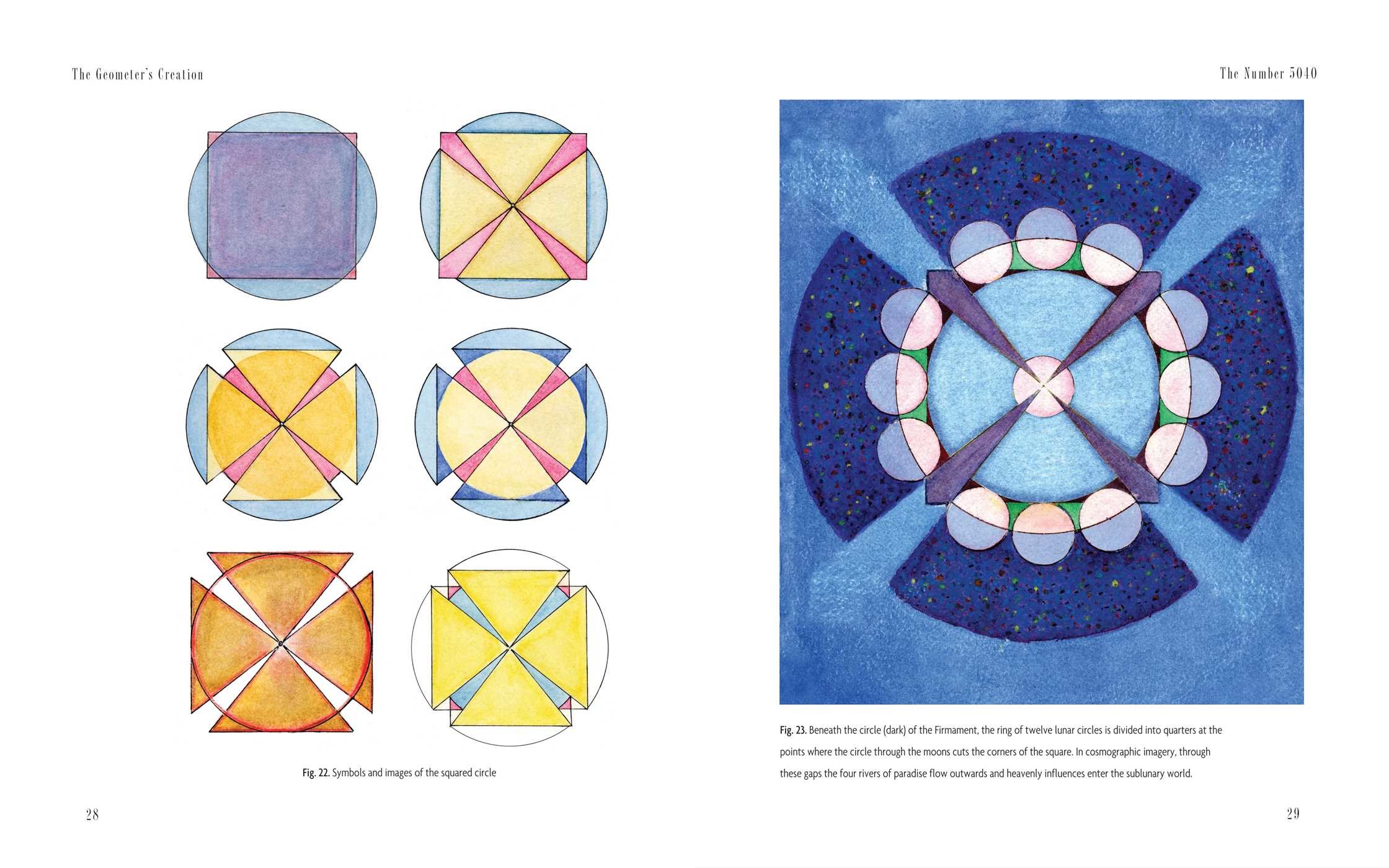 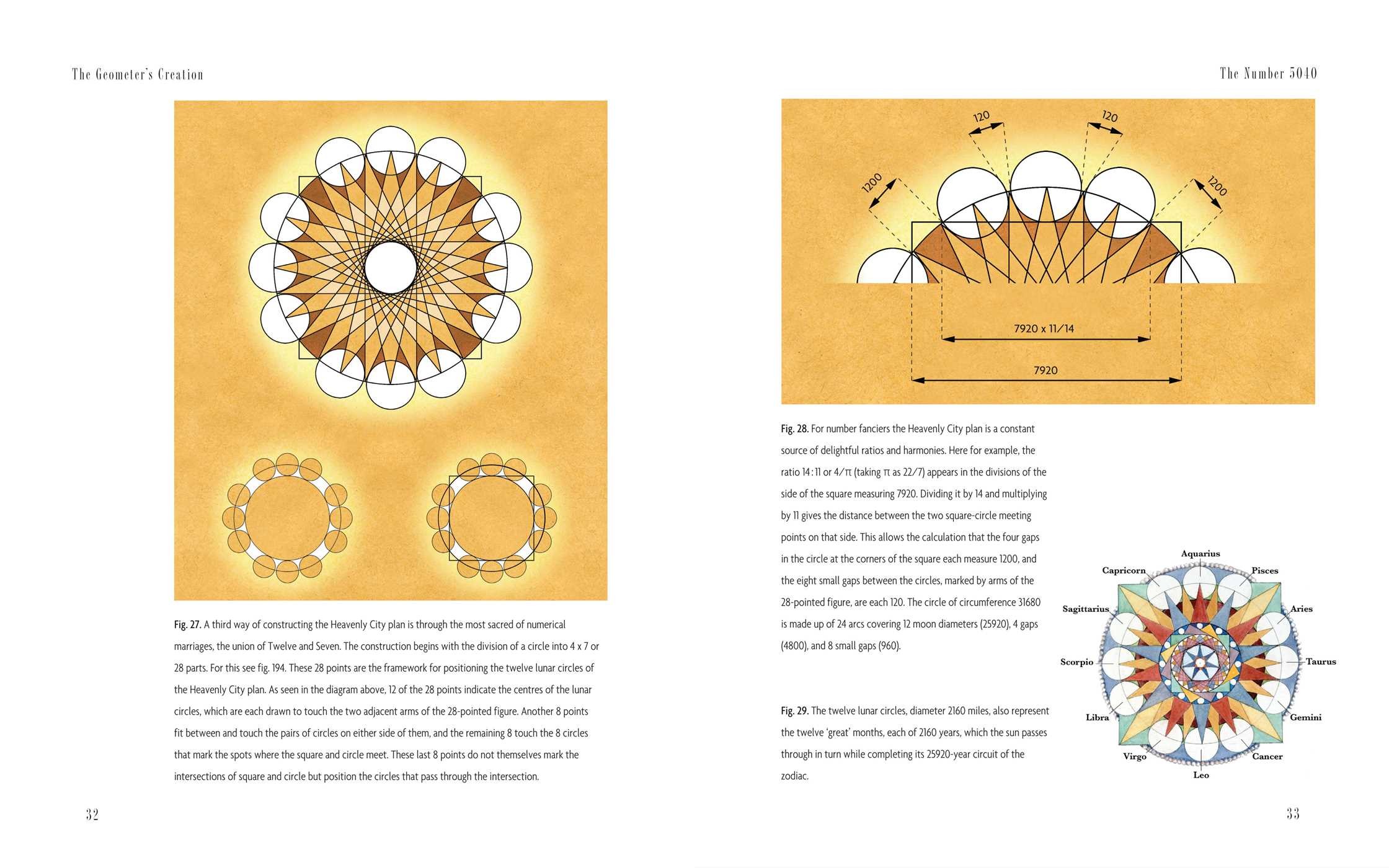 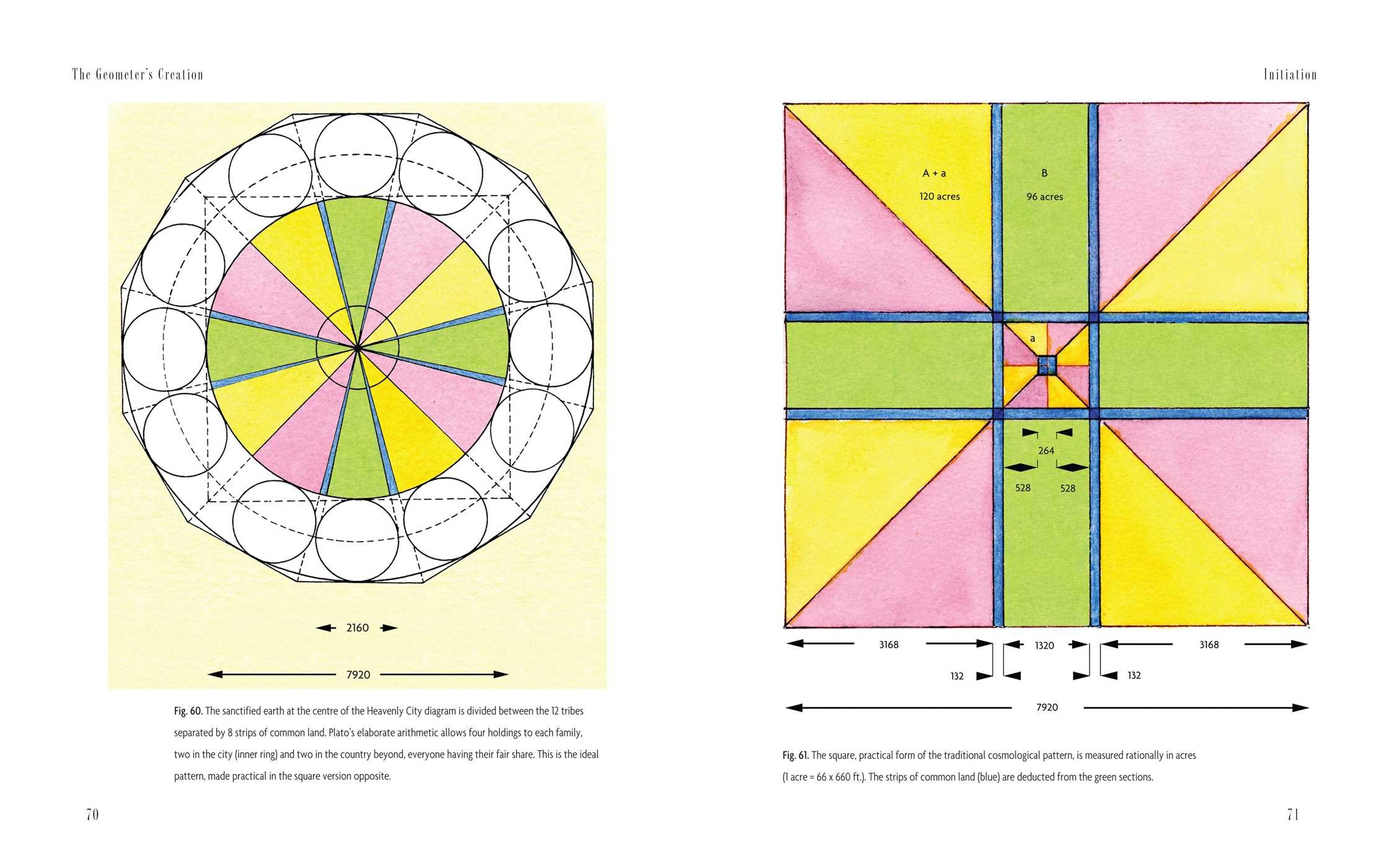 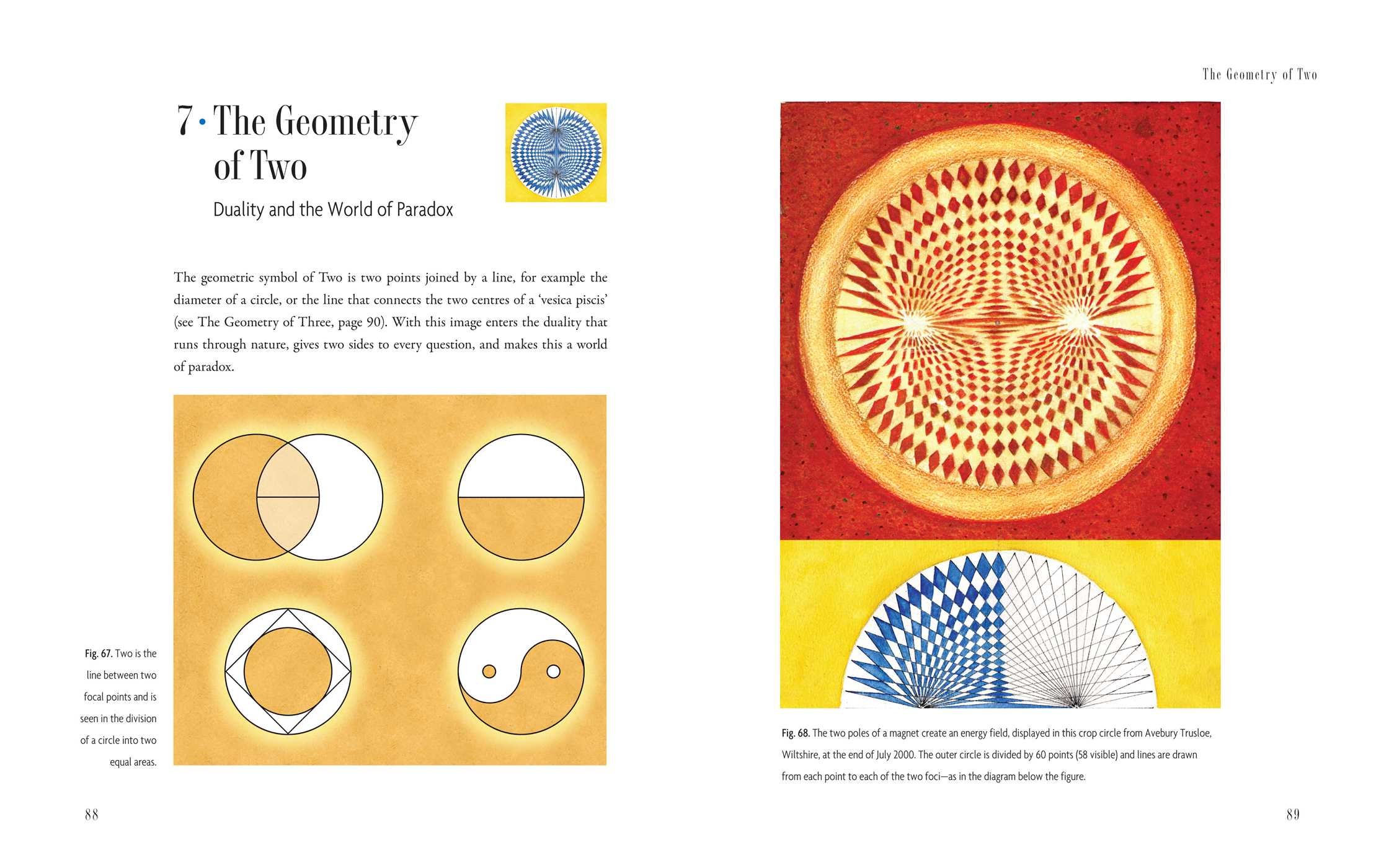 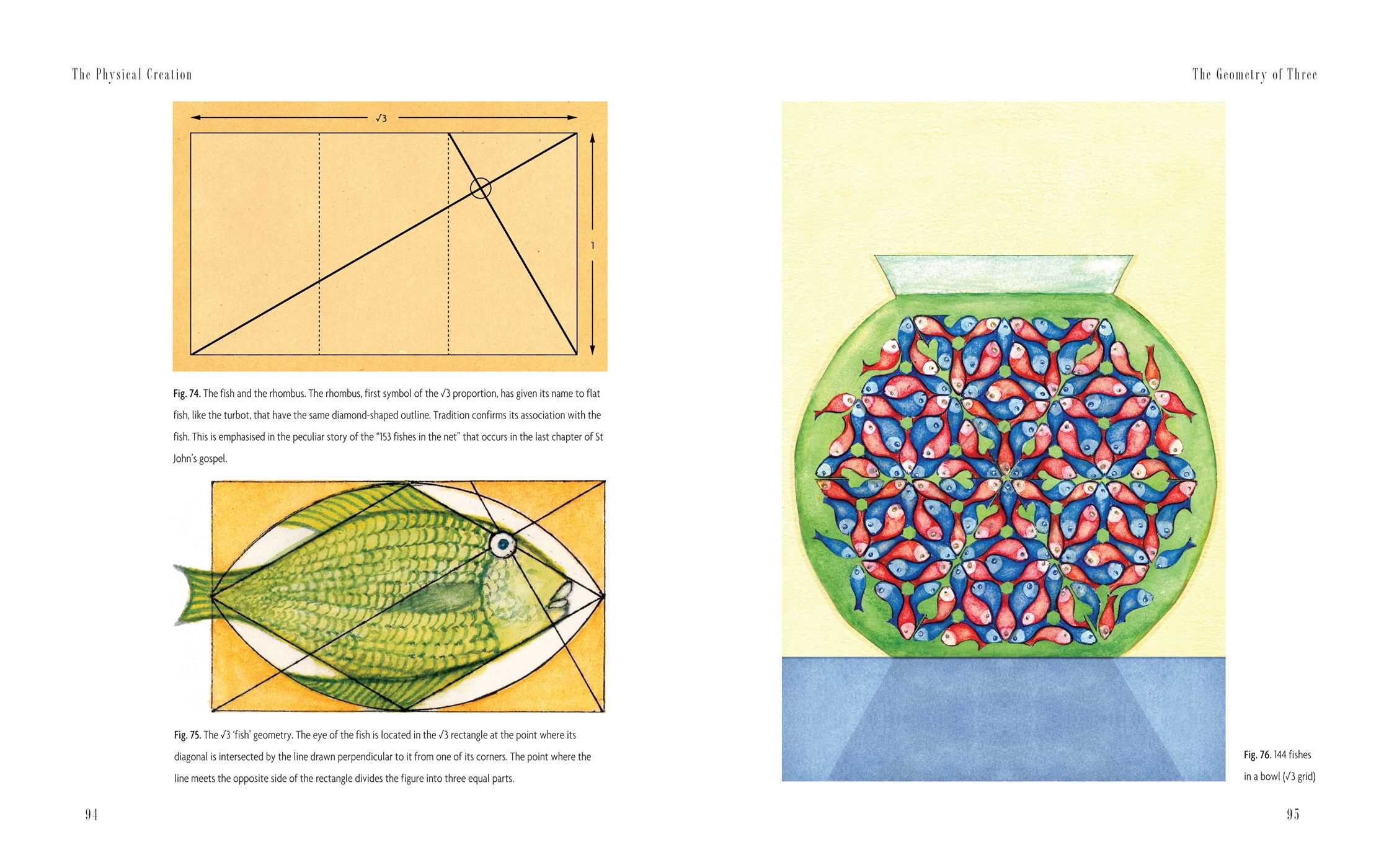 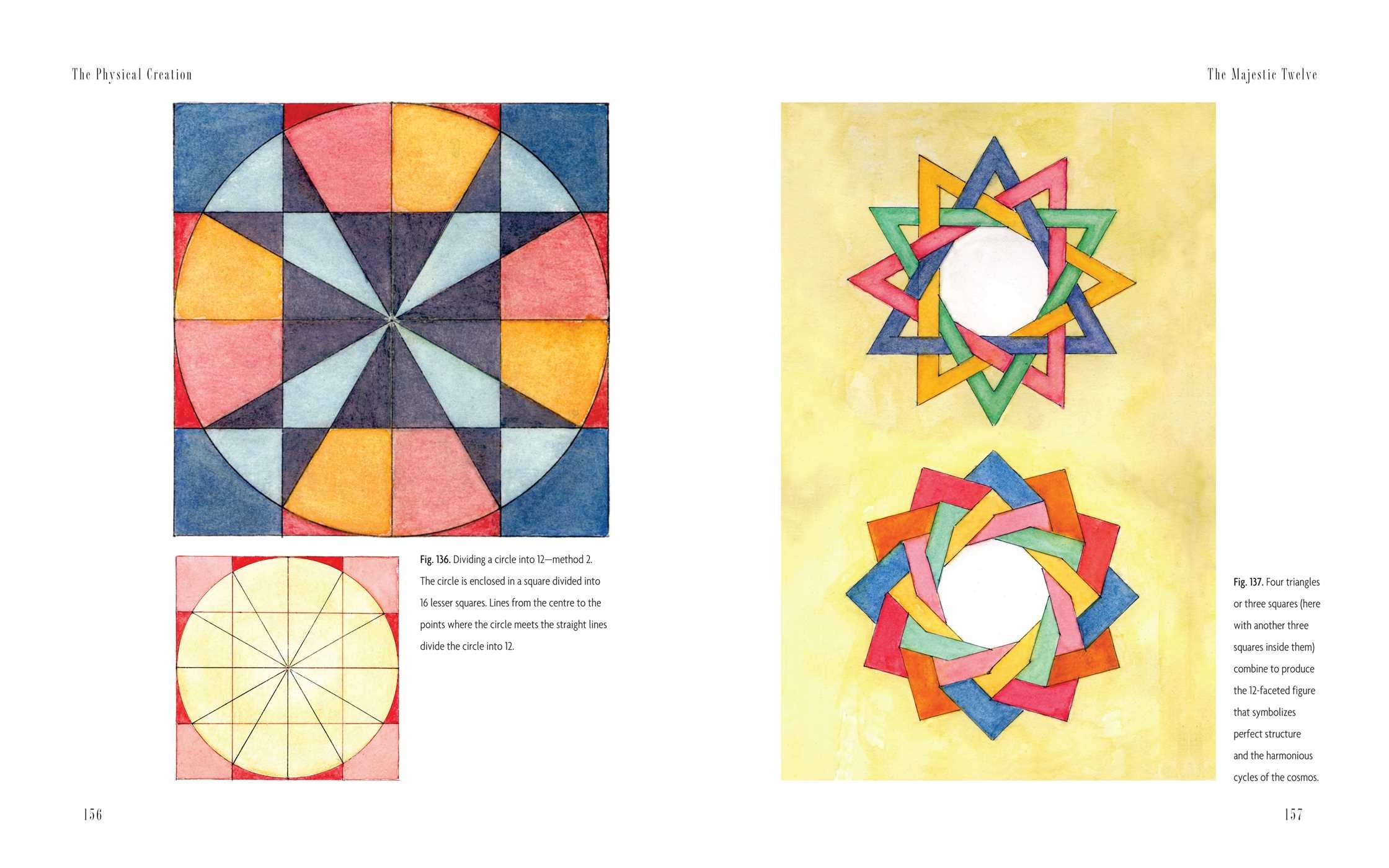 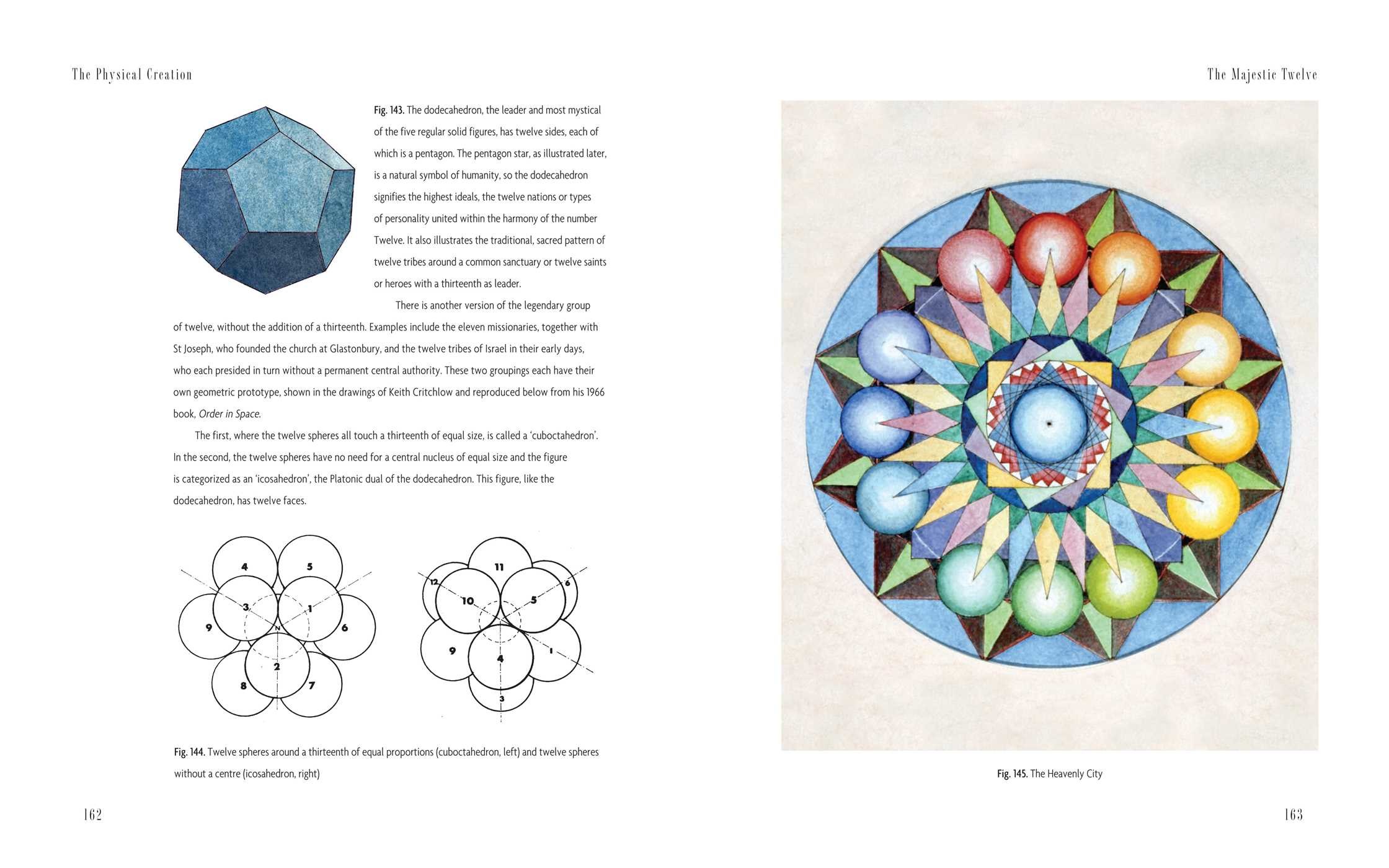 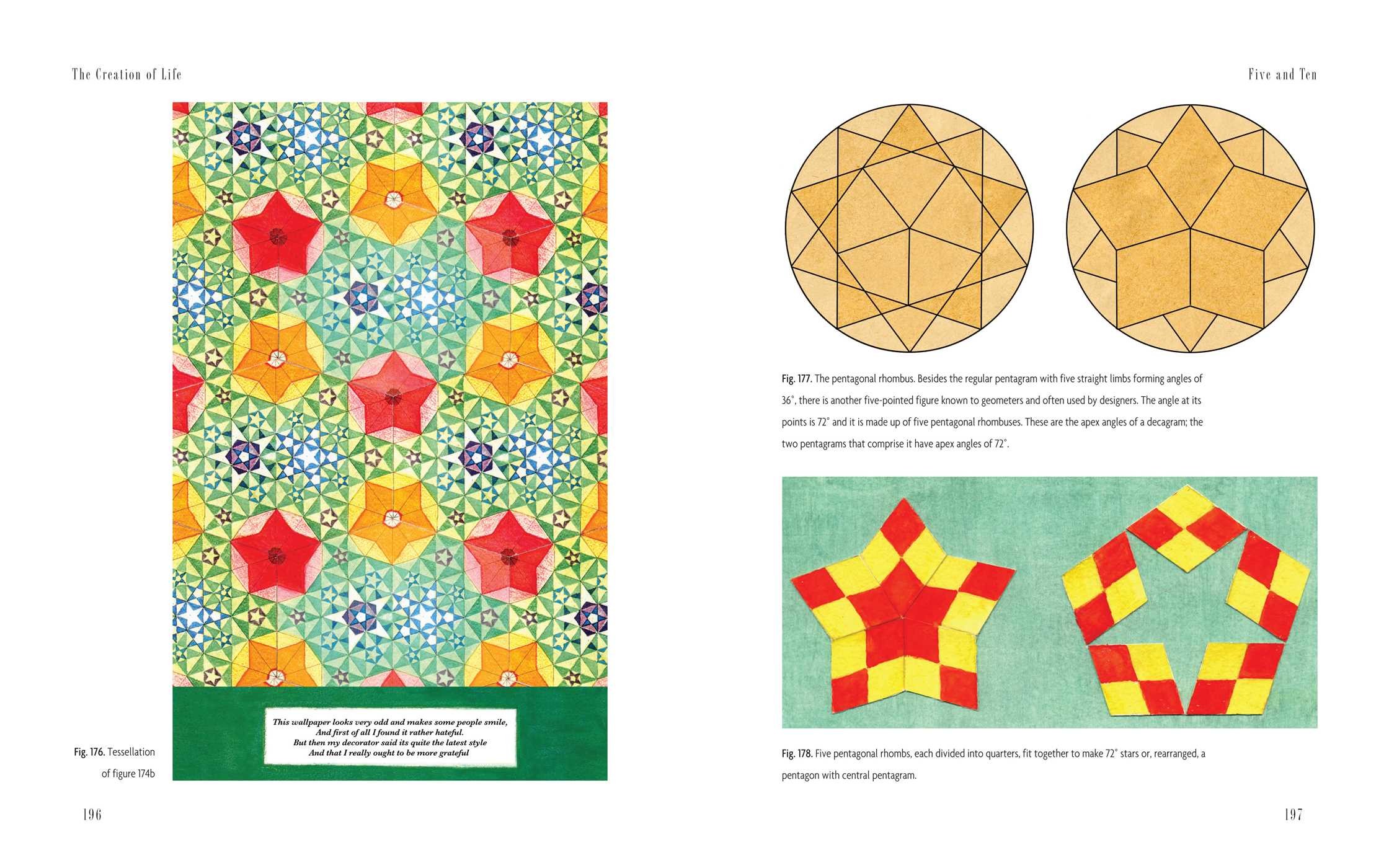 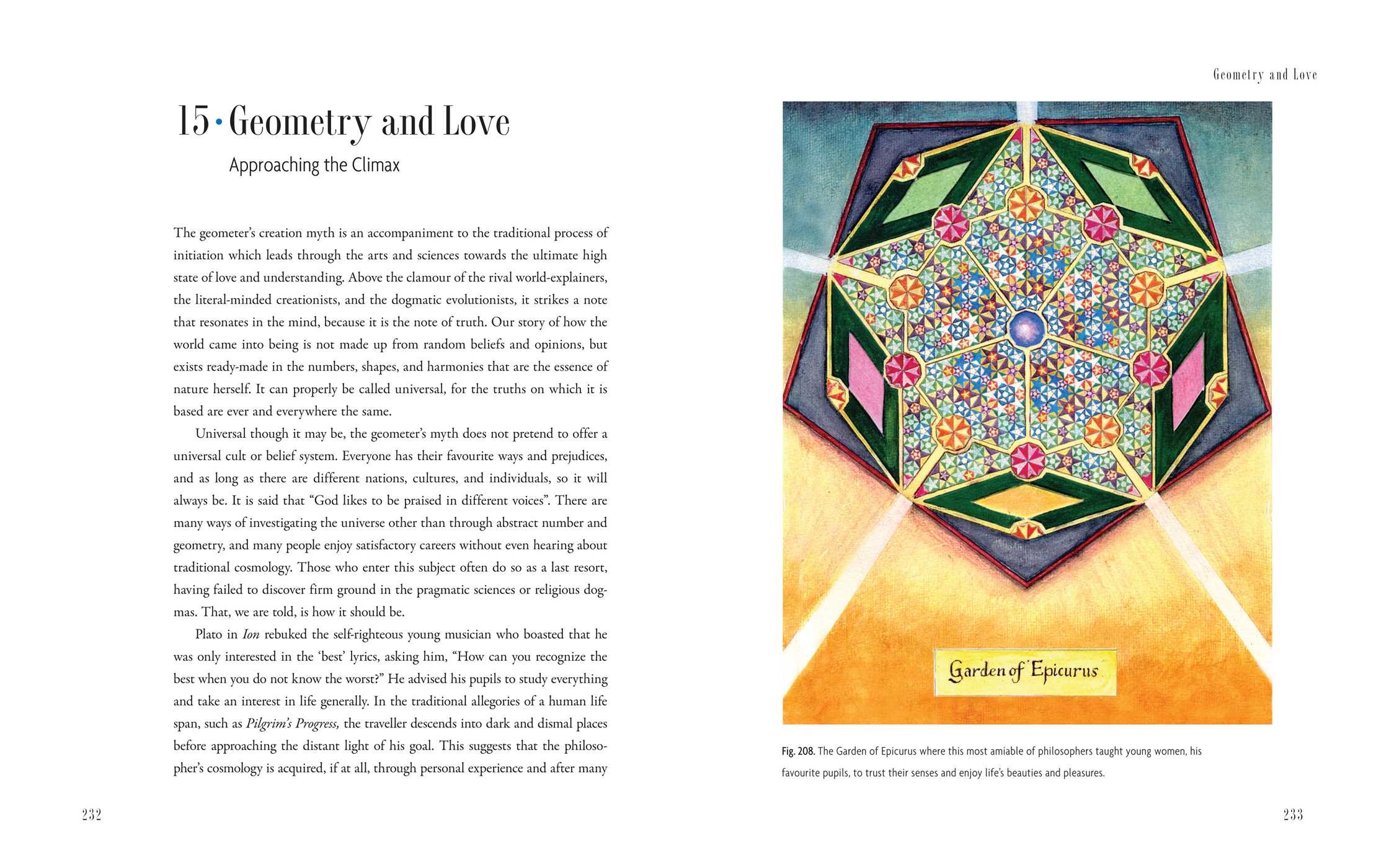 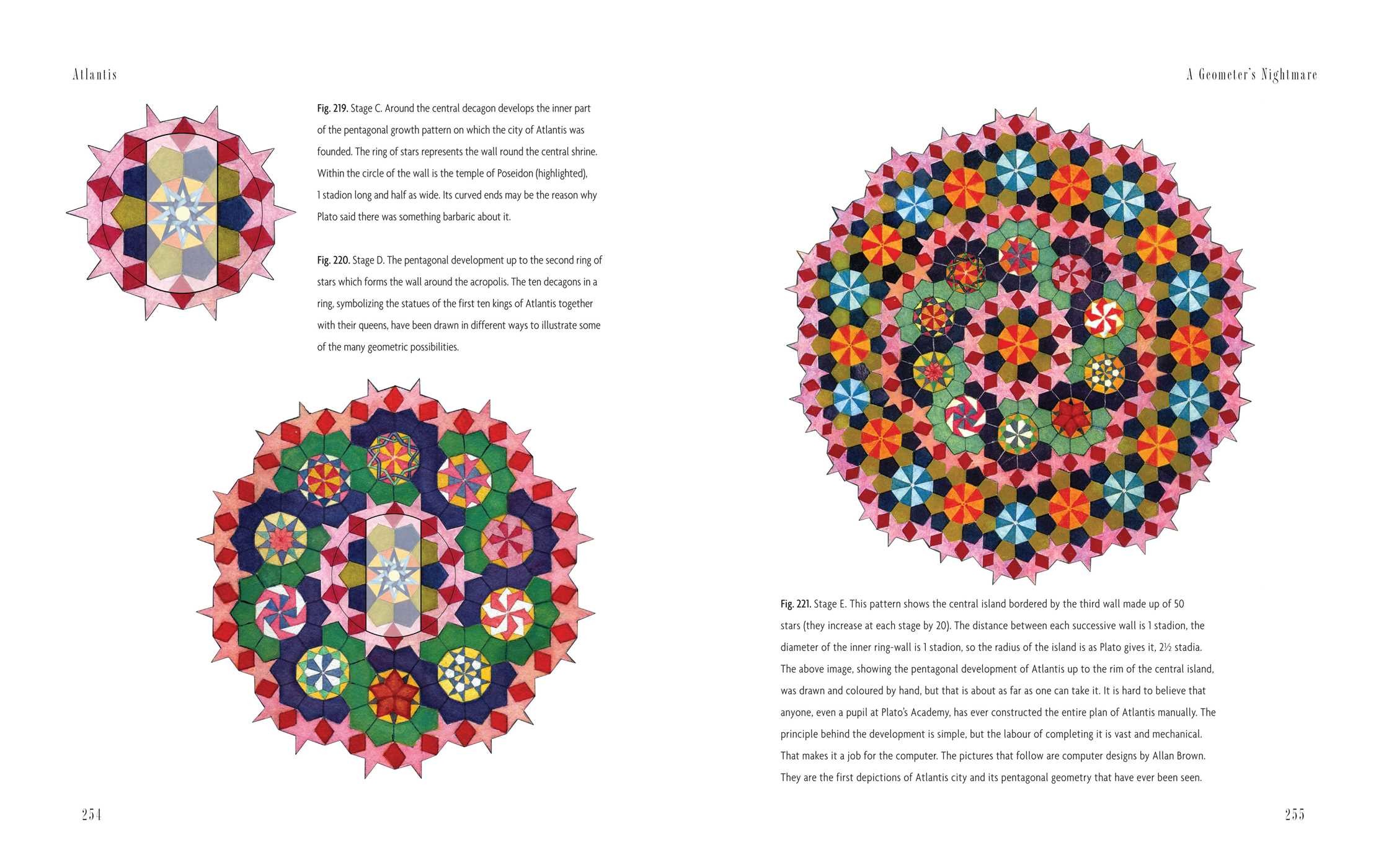 How the World Is Made

The Story of Creation according to Sacred Geometry

Understanding the role of sacred geometry in cosmology and human affairs

Galileo described the universe as a large book written in the language of mathematics, which can only be read by those with knowledge of its characters--triangles, circles, and other geometrical figures. The laws of geometry are not human inventions. They are found ready-made in nature and hold a truth that is the same in all times and all places and is older than the world itself.

In How the World Is Made John Michell explains how ancient societies that grasped the timeless principles of sacred geometry were able to create flourishing societies. His more than 300 full-color illustrations reveal the secret code within these geometrical figures and how they express the spiritual meanings in the key numbers of 1 through 12. For example, the number 8 and its octagon are symbols of peace and stability, the holy 7 and its seven-sided figure are connected to the world-soul. He identifies the various regular shapes and shows their constructions; their natural symbolism; their meetings, matings, and ways of breeding; and their functions within the universal order. Some are musical and structural, others relate to life and humanity. In the process of making these discoveries, Michell helps us see the world in a new light. Disparate shapes and their corresponding numbers are woven together, resolving themselves into an all-inclusive world image--that “pattern in the heavens,” as Socrates called it, “which anyone can find and establish within themselves.”

How the World Began And Why and Why Worry?

Genesis and the Great Geometer

Developing naturally along with the first stages in geometry is a cosmogony or story of how the world was made. It starts with a creator, the Great Geometer, whose benevolence caused him to undertake the work. He was equipped with a ruler and compass by which can be constructed the primary figures of plane geometry, those that correspond to the first twelve numbers (with the exceptions of the mysterious Seven and Nine and the unsubstantial Eleven). The universe was formed in the most perfect of all shapes, the sphere, represented in two dimensions by the circle. The story is that the Creator, from his position at the center, revolved the shaft of his compass, corresponding to the world pole, and swung a circle that includes everything.
A simple version of the geometer’s creation myth is in Genesis, chapter 1, where the Creator’s work is described in six stages--or seven including his Sabbath day of rest. A parallel account is given in Plato’s Timaeus, written in the fourth century BC, which has been called a commentary on Genesis with added geometrical details. There are, however, doubts about the prior antiquity of Genesis, and it may be that the Timaeus was the original version and the biblical account followed. In any case, both were derived from the same source, from the scientifically grounded, numerically structured description of the universe that was adopted by successive religions and cultures throughout the ancient world. The story that goes with it is a geometric allegory. It was never meant to be taken too literally; but since we evidently need a creation myth, it might as well be the best one. That was Plato’s reasoning in Timaeus where he accepted the traditional account as “the most likely story.”

Figure 9 (not shown). The Creator’s geometry

In the Genesis cosmogony the first three stages follow the classical development of geometry, beginning with the point, line, and circle and continuing with the square and triangle, as shown.

1 and 2. The Creator conceives of the universe, draws the cosmic circle to define its limits, and brings it to order by adding its two axes. He is then able to draw a square within the circle. This introduces the first two ratios in geometry. The first is Pi, the ratio between the circle’s diameter and its circumference, and the second is square root of two, by which the side of the square is related to its diagonal.

3. He then draws a circle within the square. The area of this circle is half that of the original circle, so in this way he has divided the universe into two equal halves, upper and lower, representing light and darkness and all the apparent dualities in nature. The circumference of the inner circle provides the Firmament by which the Creator separates the “waters above” from the “waters below.”

4. Within the lower circle, the Firmament, the Creator constructs two triangles overlapping to form a hexagon. Thereby he introduces the third, 1: √3 ratio in geometry. He draws a circle through the six corners of the hexagon. This central circle represents the sublunary world of our existence. The ring outside it is the heavens and the outer ring is the Zodiac, the realm of the twelve gods.

Figure 10 (not shown). Stages in the creation story: Genesis and Plato

The inner circle and the two rings around it have relative areas of 1, 2, and 3. The completed diagram depicts the created universe, perfectly structured but devoid of animals and human intelligence. These are provided at the next stage in creation (see part 3).

1. In the beginning God created the heaven and the earth. And the earth was without form and void. Genesis, 1.

He wanted everything to be as near to his own perfection as possible. Plato, Timaeus, 29.

He made the universe as one whole, made up of all whole entities, perfect and undecaying. He gave it the shape that befitted its nature. The proper shape for the creature which was designed to comprehend all creatures within itself is a figure that contains every (geometric) figure. Thus he made it in the shape of a sphere, the figure that is most similar to himself. Timaeus.

2. Seeing the universe in a restless state of inharmonious and disorderly motion, God brought it into order because he considered that order was in every way better than disorder. Timaeus.

4. And God said, Let the waters under the heaven be gathered together unto one place, and let the dry land appear. Genesis.

The Number of the Universe

The universe was made spherical because that is the most perfect shape, and it was also given the perfect number. As the only created entity that is totally self-sufficient, it is the natural symbol of One. But it also has another number, that of the sacred power or principle to which it is dedicated. The practice in religious architecture was to express the dedication of a temple through the area of its ground plan. The universe was dedicated to the traditional Twelve Gods of the cosmos, each represented by one of the first twelve numbers.
The most interesting part of the universal diagram--and the main subject of this book--is its central part, the circle of radius 5040. The number 5040 stands above all others as the characteristic symbol of the traditional canon of number and proportion. This numerical code was the source and basic standard of all the arts, sciences, and institutions of ancient civilizations that were founded upon cosmological principles to reflect the order of the heavens.
John Michell

"Readers interested in sacred geometry or in Michell's eclectic body of writings will likely be attracted to this book. . . . may also want to recommend it to those studying numerology."

"Those willing to follow along on this enchanted path will find themselves filled with wonder, and a new way of seeing the world."

"This is a delightful book: clear, witty, beautiful, and illuminating. It is well worth buying for yourself--and for your friends."

– Rupert Sheldrake, a biologist and author of A New Science of Life, The Spectator, Jan 2010

". . . a beautifully illustrated geometry primer with philosophical commentary. . . . Michell's finest prose--cool, succinct, and rational . . . a time-capsule of ancient wisdom that will eventually find it's way to those ready to receive it. . . . attractive and accessible . . . eventually some future Pythagoras will pick it up and gasp in wonder . . ."

". . . looks at how these patterns underlie our whole world since ancient times. . . . a fascinating book."

"His [John Michell] approach serves both as a reconnection with the sacred and as a corrective to the present state of alienation throughout the world."

“. . . a brilliant way to introduce the mathematically inclined youth to Sacred Geometry.”

How the World Is Made

The Story of Creation according to Sacred Geometry