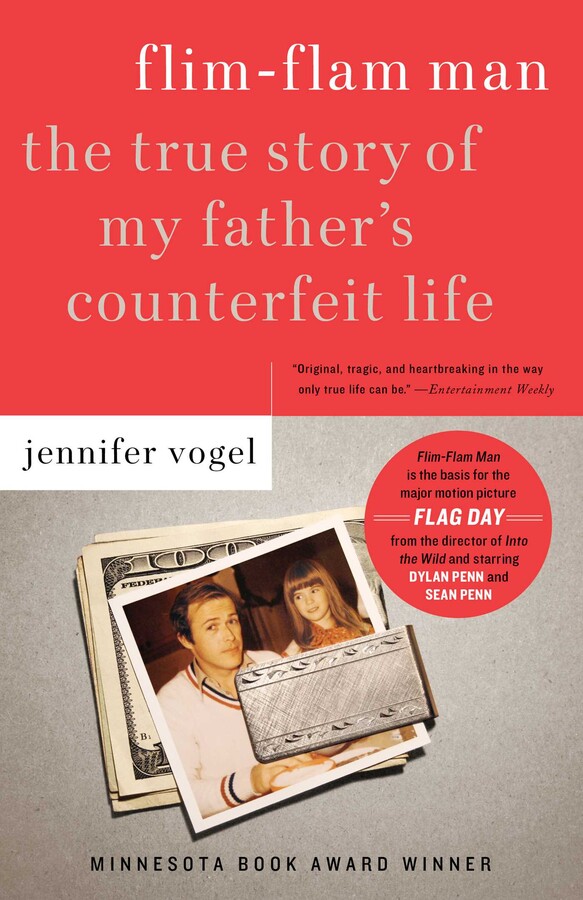 By Jennifer Vogel
LIST PRICE $12.99
PRICE MAY VARY BY RETAILER

One frosty winter morning, Jennifer Vogel opened the newspaper and read that her father had gone on the run. John Vogel, fifty-two, had been arrested for single-handedly counter-feiting nearly $20 million in U.S. currency -- the fourth-largest sum ever seized by federal agents -- and then released pending trial. Though Jennifer hadn't spoken to her father in more than four years, the police suspected he might turn up at her Minneapolis apartment. She examined the shadows outside her building, thought she spotted him at the grocery store and the bus stop. He had simply vanished.

Framed around the six months her father eluded authorities, Jennifer's memoir documents the police chase -- stakeouts, lie detector tests, even a segment on Unsolved Mysteries -- and vividly chronicles her tumultuous childhood while examining her father's legacy. A lifelong criminal who robbed banks, burned down buildings, scammed investors, and even plotted murder, John Vogel was also a hapless dreamer who wrote a novel, baked lemon meringue pies, and took his ten-year-old daughter to see Rocky in an empty theater on Christmas Eve. When it came time to pass his counterfeit bills, he spent them at Wal-Mart for political reasons.

Culling from memories, photo albums, public documents, and interviews with the handful of people who knew the real John Vogel, Jennifer has created an intensely moving psychological portrait of a charismatic, larger-than-life figure -- a father who loved her and whom, in spite of everything, she loved back.

Reading Group Guide for Flim-Flam Man
1. Jennifer says of herself and her sister, "Dad was a mineshaft we raided for clues about ourselves" (102). Can you find evidence of her tendency to see herself in the mirror of her father throughout this memoir? What does she learn?
2. Similarly, Jennifer often worries that she is too much like her father. She lies, and remembers that he's a liar. She sets fires in the restroom, and remembers that he's an arsonist. Do you think Jennifer adopted these behaviors for the same reasons that her father did?
3. Think about the different ways John Vogel is portrayed in this book by observers other than the author, from the U.S. Marshals' description (95), to the résumé he creates for himself in Seattle (139), to the impersonation on "Unsolved Mysteries" (128). How do these contribute to your impression of John Vogel? Why does the author choose to share these descriptions with you even though she often criticizes their portrayal of her father?
4. Chapters about Jennifer's childhood are intermixed with chapters about her father's arrest, disappearance, and suicide. How does mixing the past and the present affect the telling of both tales? Do you see any parallels between the two stories?
5. Why do you think John Vogel chose to rob the bank in South Dakota? Do you think he needed money? Or do you think he needed a way to end the suspense of eluding capture, as Jennifer suspected (205)? Why else would he have chosen to make such a dramatic gesture?
6. Reading newspaper accounts of her father's story, Jennifer is painfully struck by the casual flippancy of some of the reporters (209). What guidelines do you think journalists should adhere to when covering personal tragedies such as that of John Vogel? Do you think they overstepped the boundaries of decency in this case?
7. The memoir ends with a dream Jennifer had often after her father's death (211). In the dream, she would pick up the phone, and her father would speak to her as though he were a salesman. How does this dream reflect their relationship? Do you think Jennifer knows whether her dad is a salesman, conman, or father? Do her feelings change over the course of their relationship?
8. Throughout the book, Jennifer describes many of her own failures, often revealing the distress her own behavior caused her. She rarely displays any sympathy for herself as a child in difficult circumstances, and often criticizes her interactions with her dad. How did this tone affect your reaction to her story? Did you sympathize with her? Did you see her as a victim of her father's choices or as an independent person making her own choices?
9. Do you think the other members of John's family are responsible in any way for the course his life took? His sister, Cheryl, seems to imply that they were when she guilt-trips Jennifer and Liz at his funeral (5), but his brother Tom tries to alleviate the burden they feel by saying, "Nobody could be around him" (6). How do you think Jennifer would answer this question?
10. At the beginning of the book, Jennifer describes her family by saying, "We start over and wipe slates clean. What is passed down is something nobody wants to own, so that each generation darts ahead, dodges the shadow, breaks the link, only to be gripped for all time just as our mothers and fathers tumble backward into darkness" (1). To what extent does this apply to Jennifer and her father? How did each of them manage their inheritance of family baggage? 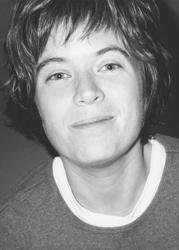 Jennifer Vogel worked as a writer and reporter in Minneapolis for seven years before moving to Seattle, where she was editor in chief of The Stranger. She moved back to Minneapolis in 2003.

"Vogel evokes the dual nature of our intimate lives as well as the struggle between the straight and the criminal....[R]efreshingly well-paced."
-- San Francisco Chronicle

"Original, tragic, and heartbreaking in the way only true life can be."
-- Entertainment Weekly

By Jennifer Vogel
LIST PRICE $12.99
PRICE MAY VARY BY RETAILER