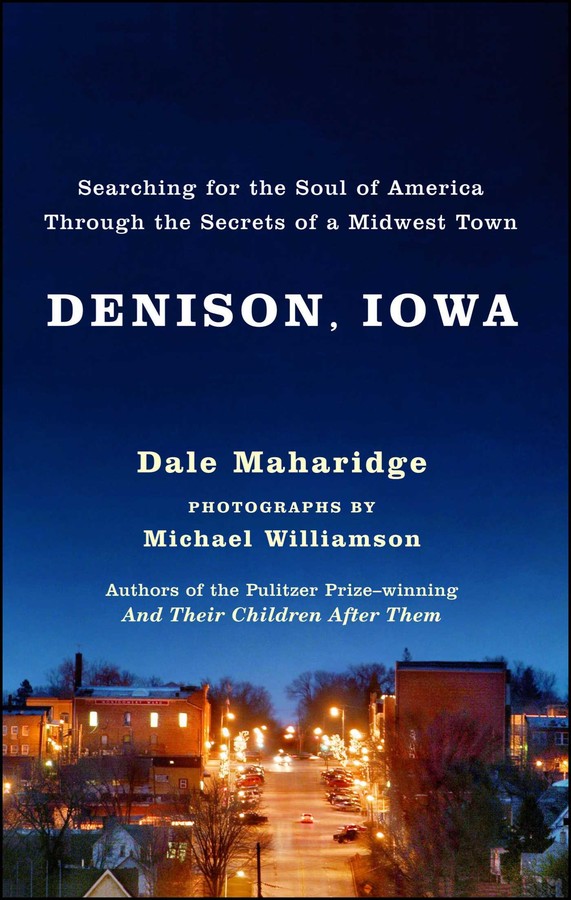 Denison, Iowa, is as close to the heart of Middle America as it gets. The hometown of Donna Reed, Denison has adopted "It's a wonderful life" as its slogan and painted the phrase on the water tower that hovers over everything in town. And in many respects, life is pretty good here: it's a quiet town, a great place to raise children; the crime rate is low, the schools strong. It's home to the county's only Wal-Mart and a factory that does a booming business in antiterrorism barriers. For outsiders looking in, there is something familiar and comforting about Denison -- it conforms to the picture of the wholesome, corn-fed heartland which we as a nation cherish and which we think we know so well.
But something new and unfamiliar is happening in Denison, and traditional viewpoints and partisan labels don't quite capture it. The change goes beyond the post-9/11 loss of innocence; the sense of unease and, in some cases, of rebirth began well before 2001. Relations between the growing Latino population and the established Anglo citizenry are not always smooth. The industries that still predominate have become a mixed blessing for many people -- in the 1980s the meat-processing plant, for instance, froze wages, and they have remained basically static to this day.
For many years, Dale Maharidge and Michael Williamson have made it their business to document interior America. In 1990 they won the Pulitzer Prize for their book And Their Children After Them, a conscious homage to the 1941 classic Let Us Now Praise Famous Men by James Agee and Walker Evans. To gather their observations and insights on Denison, Maharidge and Williamson lived there for a year, spending time among the 8,000 people who live, love, work, run for office, go to school, and sometimes struggle to get by there. From the Lutheran woman who singlehandedly teaches English to Latino immigrants seeking grueling work in meatpacking plants to the leaders who struggle to rescue the community from economic ruin to the Latino businessman whose career is saved by two white men risking the wrath of small-town politics, the author and photographer trace the intersections of lives, the successes and failures, the real stories beneath Denison's mom-and-apple-pie surface.
Through Maharidge's gorgeous, plainspoken prose and Williamson's stunning photography, we are privy to a sweeping perspective layered with a microscopic depth of observation, and a searingly honest portrait tempered by heartfelt compassion. Denison, Iowa is a big, beautiful book about a small town at a critical time in our history -- and it's the crowning work of a brilliant, quarter-century partnership. 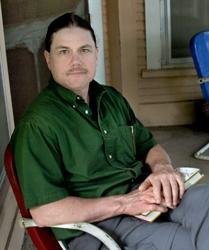 Dale Maharidge is a journalist and Pulitzer Prize- winning author of And Their Children After Them, Journey to Nowhere, The Last Great American Hobo, and Homeland. A visiting professor of journalism at Columbia University, he lives in Northern California and New York City.

Michael Z. Williamson is retired from the US military, having served twenty-five years in the U.S. Army and the U.S. Air Force. He was deployed for Operation Iraqi Freedom and Operation Desert Fox. Williamson is a state-ranked competitive shooter in combat rifle and combat pistol. He has consulted on military matters, weapons and disaster preparedness for Discovery Channel and Outdoor Channel productions and is Editor-at-Large for Survivalblog, with 300,000 weekly readers. In addition, Williamson tests and reviews firearms and gear for manufacturers. Williamson’s books set in his Freehold Universe include Freehold, Better to Beg Forgiveness, and Do Unto Others. He is also the author of The Hero–written in collaboration with New York Times best-selling author John Ringo. Williamson was born in England, raised in Liverpool and Toronto, Canada, and now resides in Indianapolis with his wife and two children.

"Denison, Iowa is a work of prophetic journalism -- Sherwood Anderson channeling Garcia Marquez in Jack London's voice. Maharidge has captured an epic story of profound cultural change in one midwestern town, rooted in the nation's indigenous past, coming of age in the Pax Americana of Donna Reed, transforming itself once again today as Latinos find a new home -- en el mero centro de America. What emerges is a moving, cautionary tale for American times to come."

"If you want to find out what much of small-town rural America is all about, read this book. Dale Maharidge lifts the lid to a simmering stew of racism, greed, isolation, gossip, and -- yes -- true American spirit. Maharidge nails it all in Denison, Iowa."
-- Stephen G. Bloom, author of Postville: A Clash of Cultures in Heartland America