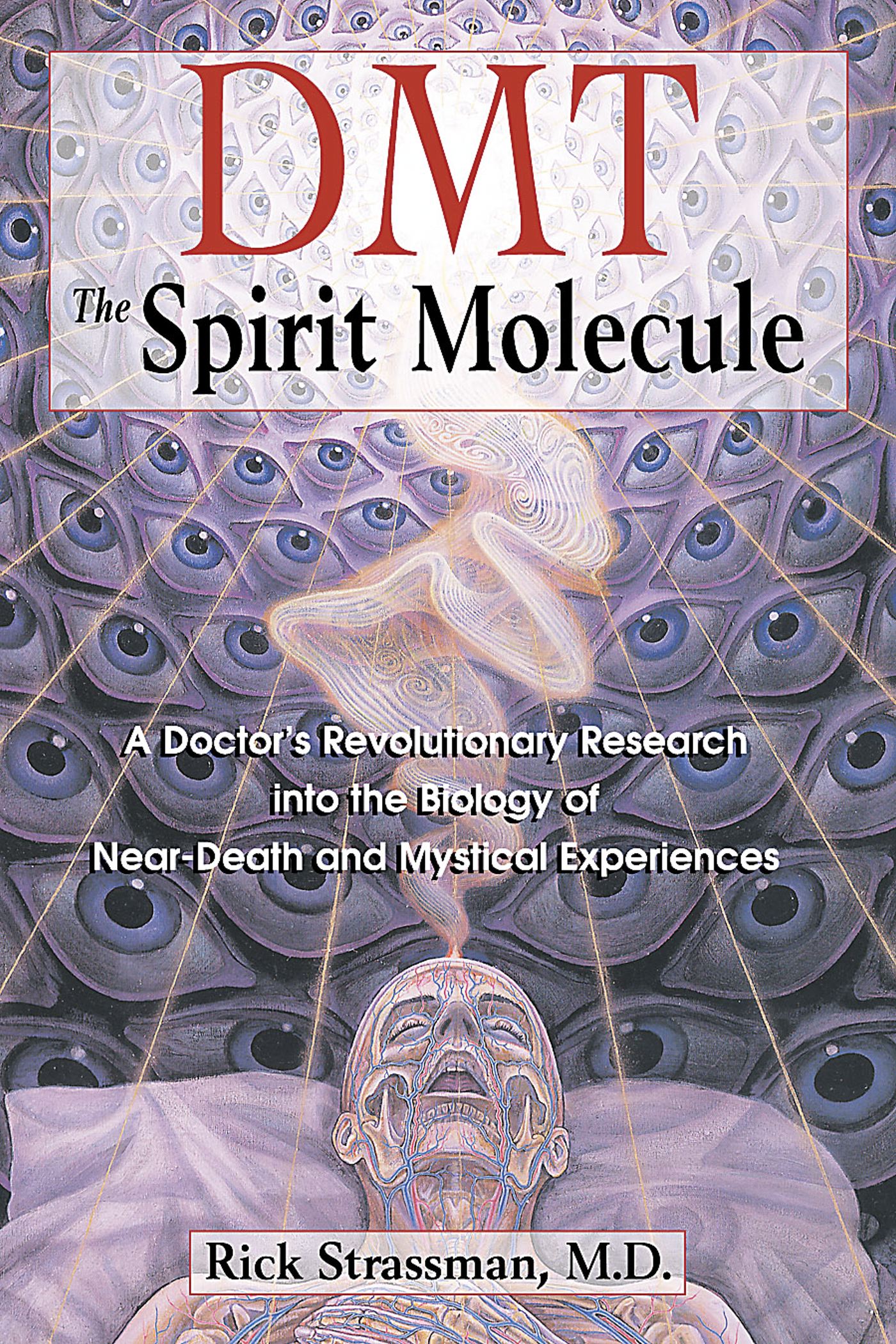 A clinical psychiatrist explores the effects of DMT, one of the most powerful psychedelics known.

• A behind-the-scenes look at the cutting edge of psychedelic research.

• Provides a unique scientific explanation for the phenomenon of alien abduction experiences.

From 1990 to 1995 Dr. Rick Strassman conducted U.S. Government-approved and funded clinical research at the University of New Mexico in which he injected sixty volunteers with DMT, one of the most powerful psychedelics known. His detailed account of those sessions is an extraordinarily riveting inquiry into the nature of the human mind and the therapeutic potential of psychedelics. DMT, a plant-derived chemical found in the psychedelic Amazon brew, ayahuasca, is also manufactured by the human brain. In Strassman's volunteers, it consistently produced near-death and mystical experiences. Many reported convincing encounters with intelligent nonhuman presences, aliens, angels, and spirits. Nearly all felt that the sessions were among the most profound experiences of their lives.

Strassman's research connects DMT with the pineal gland, considered by Hindus to be the site of the seventh chakra and by Rene Descartes to be the seat of the soul. DMT: The Spirit Molecule makes the bold case that DMT, naturally released by the pineal gland, facilitates the soul's movement in and out of the body and is an integral part of the birth and death experiences, as well as the highest states of meditation and even sexual transcendence. Strassman also believes that "alien abduction experiences" are brought on by accidental releases of DMT. If used wisely, DMT could trigger a period of remarkable progress in the scientific exploration of the most mystical regions of the human mind and soul.

Rick Strassman, M.D., author of DMT : The Spirit Molecule, and co-author of Inner Paths to Outer Space, lives in Taos, New Mexico, and is Clinical Associate Professor of Psychiatry at the University of New Mexico School of Medicine.

"Fascinating and provocative. A remarkable exploration of the boundaries of science and consciousness itself."

– Rupert Sheldrake, author of The Presence of the Past

"This book is essential reading for anyone with an interest in the mind, philosophy, the nature of reality, and spirituality."

"DMT: The Spirit Molecule points the way beyond the present impasse of the reigning 'drug abuse' paradigm."

– Jonathan Ott, author of The Age of Entheogens and Hallucinogenic Plants of North America

"The most extensive scientific study of the mental and perceptual effects of a psychedelic drug since the 1960s."

– Ralph Metzner, Ph.D., author of Ayahuasca: Consciousness and the Spirits of Nature

"Strassman's important research contributes to a growing awareness that we inhabit a multi-dimensional universe."

"Strassman raises vital questions about the origin of spiritual experiences and the nature of consciousness."

"DMT: The Spirit Molecule is a fascinating journey into the research of psychedelics. . . . The questions and possible explanations about the endogenous presence of DMT that he raises not only enlarge the discussion about psychedelics but also expand our understanding of the nature of consciousness."

"This book will be of profound interest to . . . anyone with a deep interest in the study of consciousness, visionary states and/or psycho-pharmacology."

"DMT: the Spirit Molecule is an enriching journey into one scientist's courageous attempt to solve a bit more of the brain/mind/spirit mystery at the center of human existence."

"What you will find is a thoughtful, well-written report about another of life's mysteries."

"Strassman's research was an important step, one that will potentially illuminate the path for future researchers and volunteers alike, and this book is a great contribution to the ongoing dialogue surrounding psychedelics."

"This is probably the most thorough book on the psychedelic, DMT--its history, chemistry, uses (legal and illegal), and its effects. This is a very compelling, thoughtful book, written by a scrupulous scientist with the soul of a meditator."

"The account of the project is an excellent inside view of human drug studies, especially those with psychedelics."

"This book is a highly readable, intriguing, provocative description of Rick Strassman's theories and research concerning the effects of DMT."

"[Strassman's] account, written more for the layman than the specialist, is ground-breaking, and raises the interesting question as to what is truly a psychedelic experience."

"Near-death experiences. Alien abductions. Lucid dreams. Even gods and goddesses. Try DMT for an explanation and it all holds together. It's brain chemistry. It's neuropharmacology. It's quite possibly other realms. Whatever it is, it's the new frontier, a closer examination of consciousness, and it's very, very exciting!"

"[Strassman] is a gifted writer and makes scientific jargon easy to read. The book gives very interesting examples of what the volunteers envisioned and how they felt throughout the experiences. . . . It is important for us as a society to look at legal, controlled, and supervised experimentation with psychoactive drugs with open minds, and with eventual scientific benefit in mind."

"Fascinating stuff! If this kind of thing interests you then pick up this book today."

"In the end, I felt the most important element of the book was the contextualization of the questions most important in psychedelic research. Strassman keenly recognizes and extrapolates the areas that appear to be most vital in the further study and theory of psychedelics."

“Highly readable, intriguing, provocative. . . . [An] intellectually courageous book. . . . Will be of great use both to researchers and clinicians, as well as to laypeople.”

“A dazzling journey through psychedelic drug experimentation and a tantalizing peek into a new model of how the brain and mind work. Strassman’s research points toward a physiological basis for spirit and its interaction with the human body; his data suggests that our brain chemistry allows us access to other realms of existence just when we need it most, and his story recounts both the dangers and promises of entering this brave new world.”